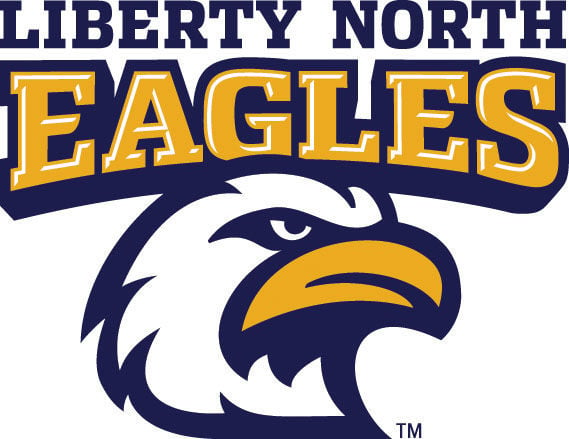 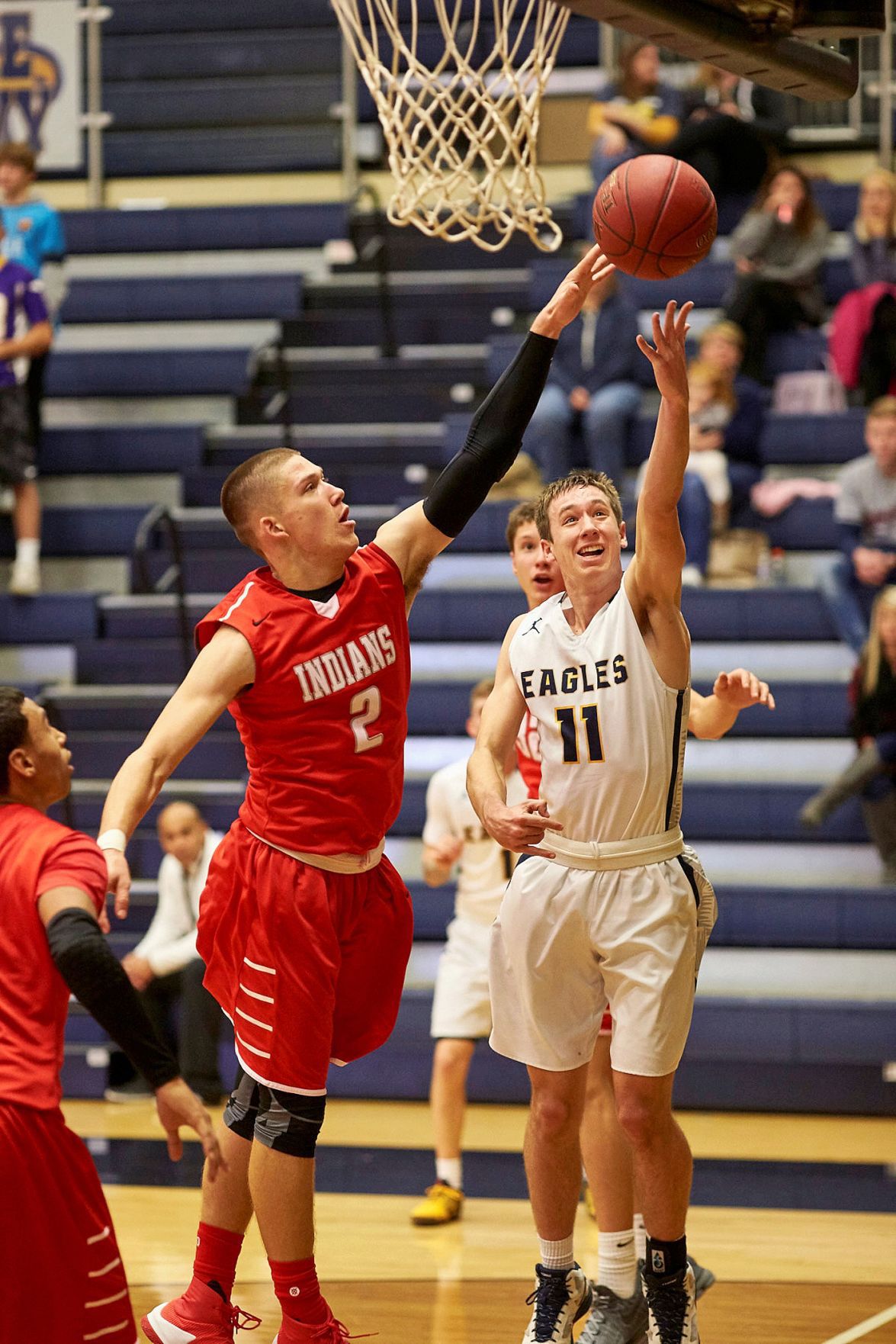 Liberty North junior guard Robbie Hanson lays in two of his career-high 21 points in an overtime victory against Shawnee Mission North in the semifinals of the Eagles’ home tournament Thursday, Dec. 8, at Liberty North Fieldhouse.

Liberty North junior guard Robbie Hanson lays in two of his career-high 21 points in an overtime victory against Shawnee Mission North in the semifinals of the Eagles’ home tournament Thursday, Dec. 8, at Liberty North Fieldhouse.

For the fifth consecutive time since the tournament's inception, the Eagles will play in the championship game of the Liberty North Invitational.

It wasn't easy, but the Liberty North boys basketball team got the job done in the semifinals Thursday night at the friendly confines of the Liberty North Fieldhouse. The Eagles needed overtime to knock off reigning Kansas Class 6A state champs Shawnee Mission North, 63-56, and improved to 13-1 all-time in home tournament games. It marks the program's fourth straight overtime victory dating back to the 2014-15 season.

Liberty North (4-0 overall record) trailed by as many as nine points in the third quarter but battled back to tie the score at 45 when senior Dom Fragola connected on a clutch 3-pointer with 5:01 left in the game. Nick Coleman hit the first of two free throws to tie the score at 53 with 12 seconds left, and then the Eagles' defense got the final stop in regulation to send the game to an extra period.

It was all Eagles from there. Liberty North outscored the Indians 10-3 in the four-minute overtime. Shawnee Mission scored one single point in the session before addinga garbage time bucket in the final seconds.

Junior Robbie Hanson scored a career-high 21 points, highlighted by two 3-pointers in the fourth quarter. Fragola had an off-night shooting the ball but still nearly matched his season average with 16 points. Tyson Cathy finished with 12 points (all in the second half and overtime), eight rebounds and four blocked shots, including one late in regulation to help force OT. Shawnee Mission North guard Danny Bradley scored a game-high 22 points before fouling out late in the fourth quarter.

Liberty North earned the right to meet Park Hill at 8:30 p.m. Friday, Dec. 9, in the tournament's championship game. The Trojans ran out to a big lead but had to hold on for a 59-53 victory against never-say-die St. Joseph Central. Chester Graves poured in 20 points for Park Hill, while Jaiden Bristol finished with 23, most of those coming during a second-half comeback where the Indians trimmed a 21-point lead all the way down to four at one point.

Liberty Sports Editor Chris Geinosky can be reached at 389-6654 or chris.geinosky@libertytribune.com.