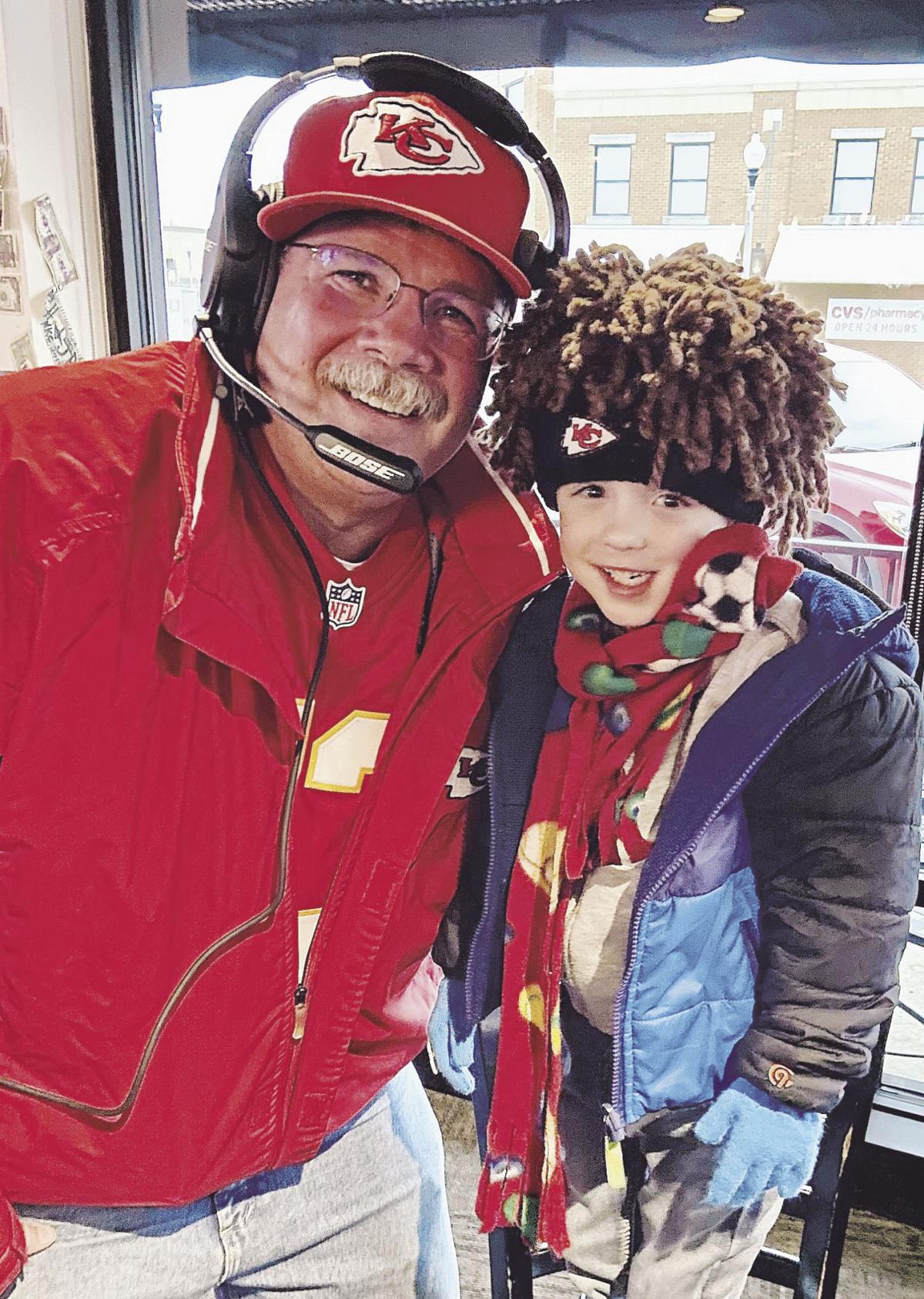 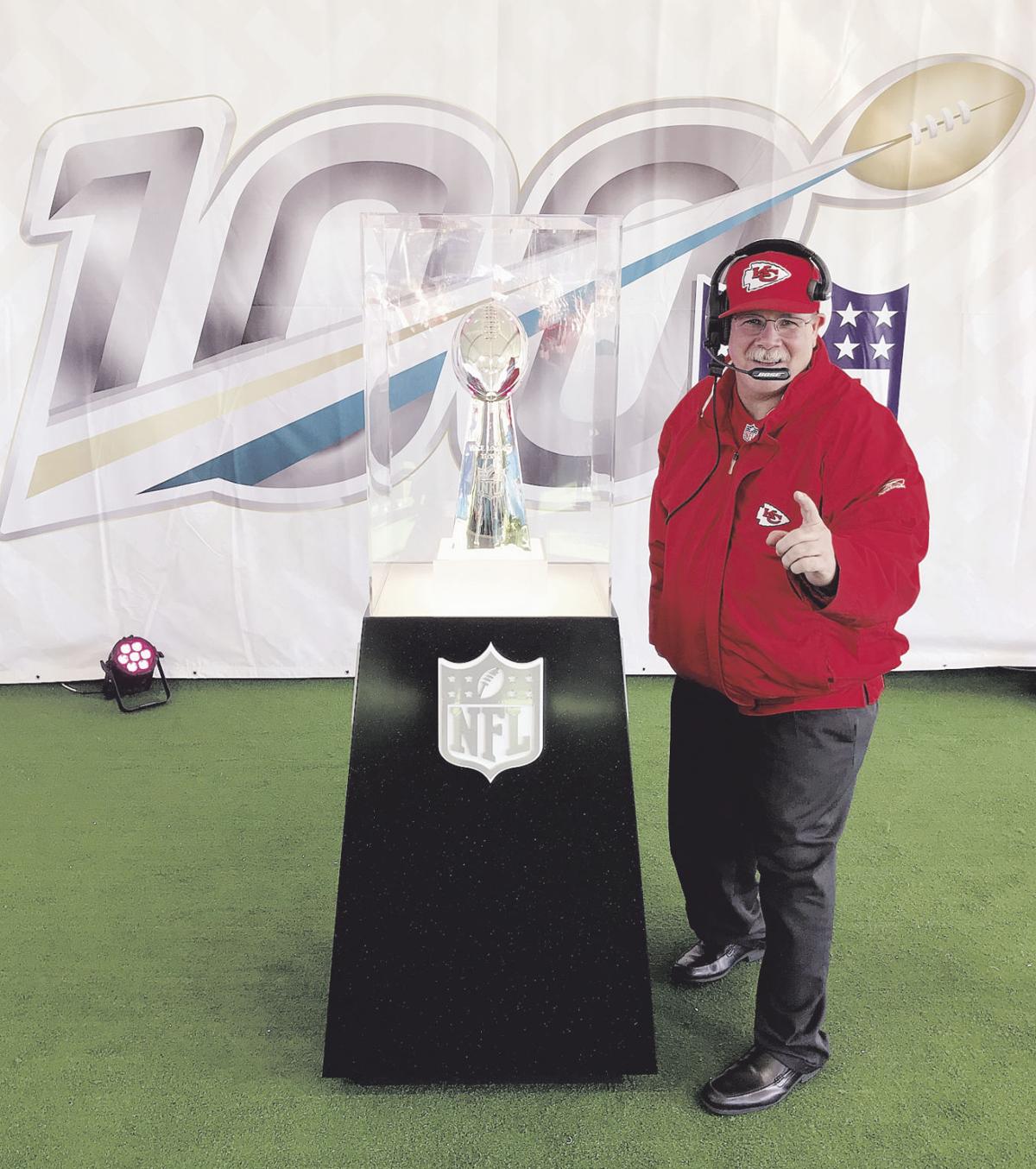 Chris Brown, in his Coach Andy getup, poses with the Lombardi trophy in Miami during the Super Bowl festivities. 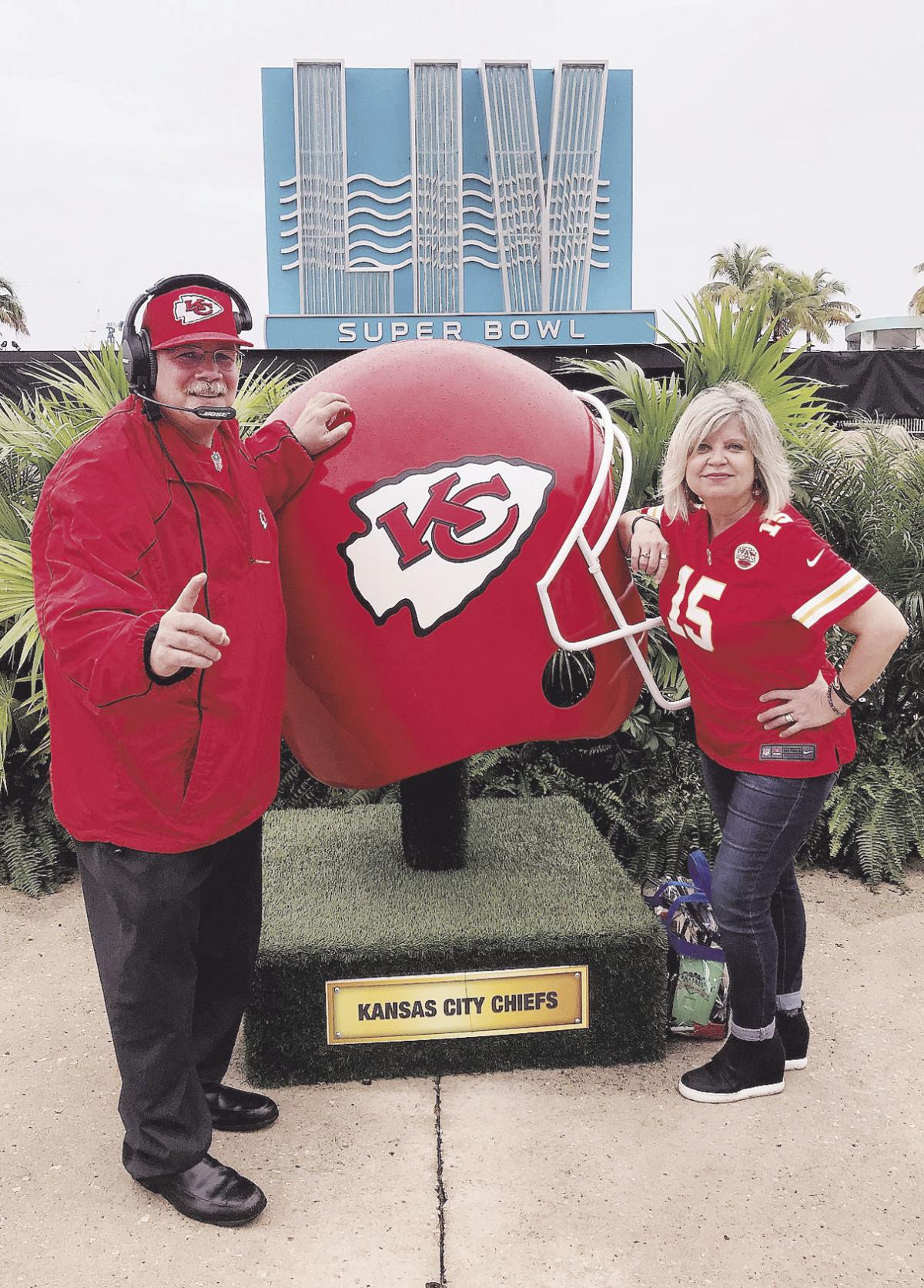 Chris and Stephanie Brown pose with the giant Chiefs helmet in Miami while attending Super Bowl LIV this month. 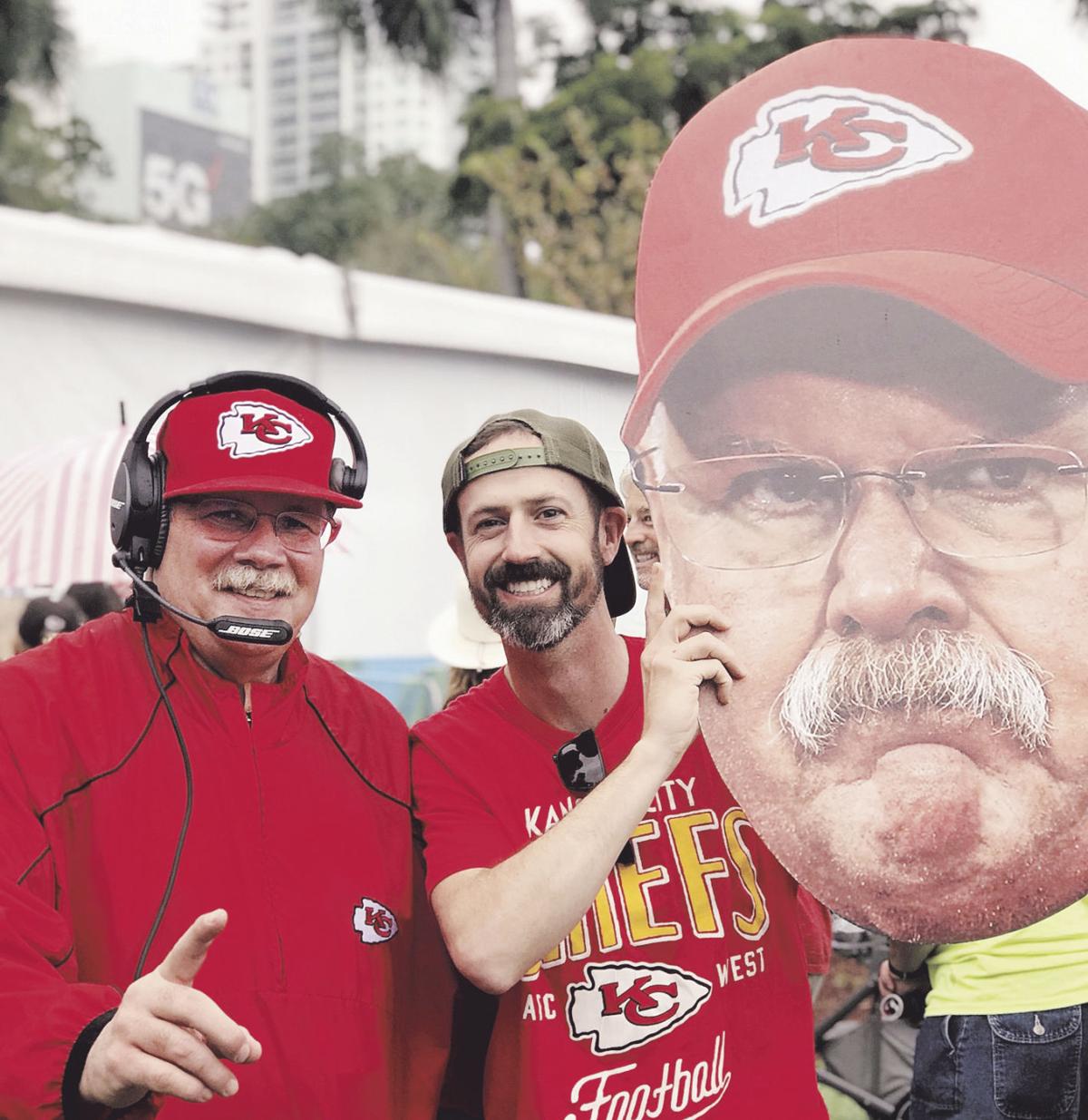 Fans seek out Brown when he is dressed in his Andy Reid regalia, including down in Miami.

Chris Brown, in his Coach Andy getup, poses with the Lombardi trophy in Miami during the Super Bowl festivities.

Chris and Stephanie Brown pose with the giant Chiefs helmet in Miami while attending Super Bowl LIV this month.

Fans seek out Brown when he is dressed in his Andy Reid regalia, including down in Miami.

GLADSTONE — When Andy Reid came to Kansas City to coach the Kansas City Chiefs seven years ago, Chris Brown, as with other fans, started paying attention to when Reid would be shown on the sidelines.

“During the games, my wife Stephanie started calling out, 'There's Chris Brown,' as Andy Reid would be coaching on the sidelines,” Brown said. “So the Halloween costume started. This year, I bought the Bose headset and stepped it up."

His wife has been the designated photographer for his antics as well as when others want their photo with him. The couple has had season tickets in the past, but now watches most of the games at the Brass Rail.

“He plays the part well,” Holland said. “It's very timely, too, with all the success and popularity of the Chiefs. My son, who is almost 5, thinks Chris is the real Andy Reid and treasures his picture with Chris.”

Now referred to as Coach Andy, Brown took his alter ego to Miami and the Super Bowl.

“Normally they talk to me as if I were Andy Reid himself. I let them know that I’m Coach Andy and not Andy Reid, but usually it doesn't matter,” he said. “I've been called the skinny Andy Reid and I've never been called skinny before. It's always in good fun.”

Chris said he has a "unique insight" to the support and love that Reid gets from the Chiefs fans and fans from his former team in Philadelphia as well as a cross section of other NFL teams, including the 49ers.

“As Coach Andy in Miami, I received so many well wishes to get that Super Bowl trophy. I received so much positive energy and love from others, it just makes a person feel so happy.”

In Miami, he had his photo taken with more than 500 fans from all sorts of teams, plus he was interviewed by television stations from Mexico, England and Australia. Stations from the United States also found him including local stations Kansas City stations from Channel 9 and 41.

“The kids are really fun, and I absolutely get my share of grandmas for pictures and ages in between,” Brown said. “Sometimes, it takes 20 minutes to walk 10 feet.”

Brown, before he was a financial planner, worked as a photographer.

“I have always been a people person,” he said. “I even got to take photos of Chiefs games. I caught a pass from Bill Kenney once during a game.”

So while the football frenzy has settled some, Brown said once he changed his Facebook profile picture to Coach Andy, his Facebook friends ballooned, surpassing 3,700.

“I plan to keep doing this as long as I can,” he said. “Another one of the doubles, Matthew Black, and I both want to be in Canton, Ohio, when Andy Reid is inducted into the NFL Hall of Fame.”

As for what he wants to add to the look next, to the various shirts and hats, Brown said it's obvious.

“I want a replica Super Bowl ring,” he said.