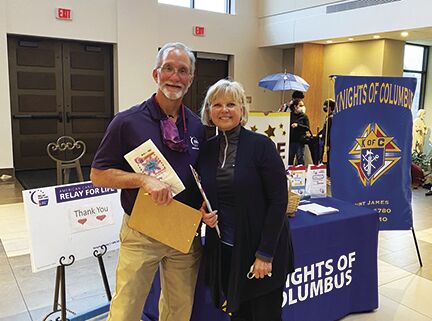 Alan and Kathy Mazi are team leads for the Inspiring HOPE team for the Relay for Life of KC North. Their team is the top fundraiser this year. 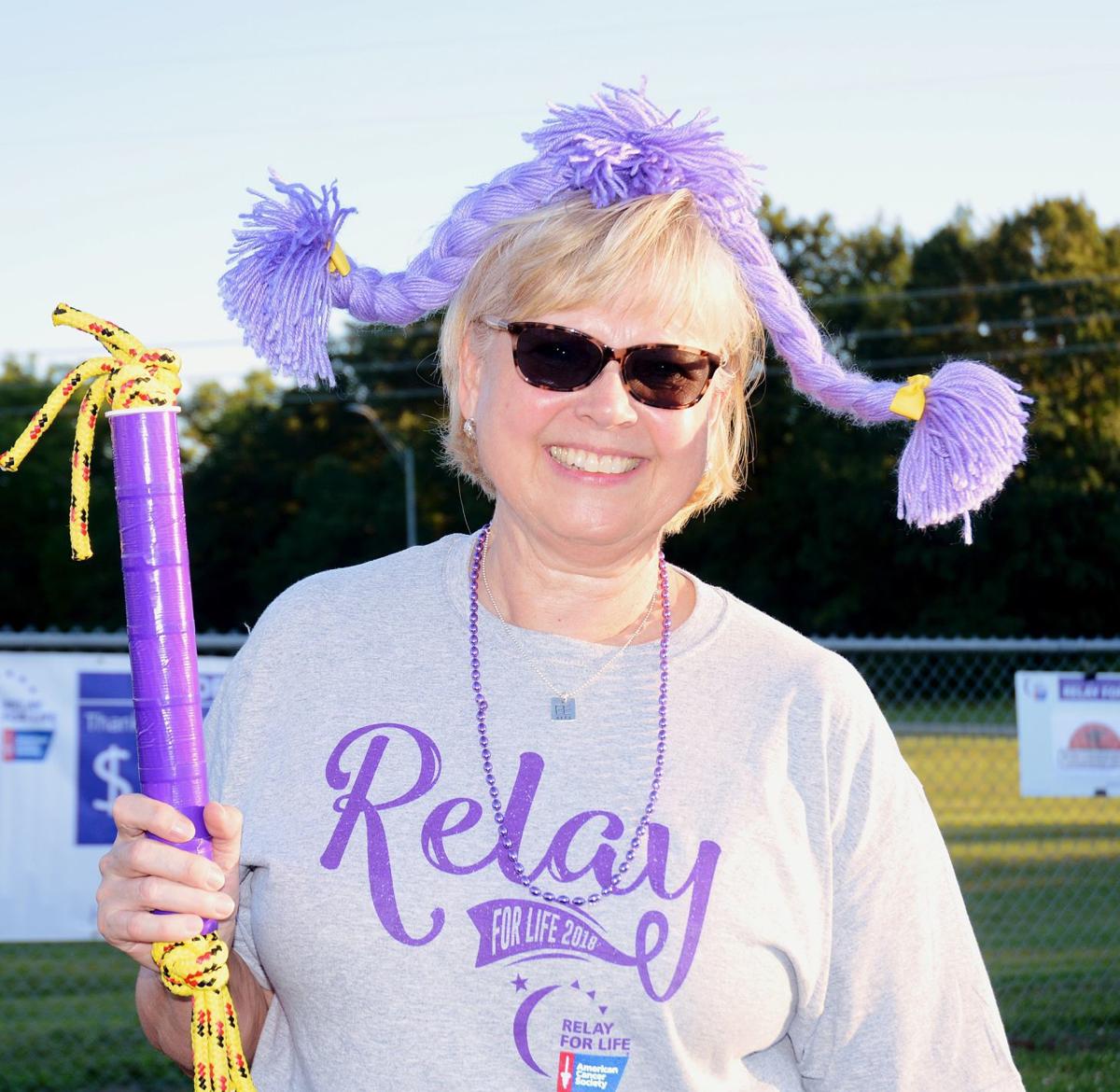 During the 2018 relay, the movie theme of “Lights, Camera, Relay ...” inspired Kathy Mazi to dress as Pippi Longstocking. She is part of Team Inspiring Hope, led by her husband, Alan Mazi, a cancer survivor.

Alan and Kathy Mazi are team leads for the Inspiring HOPE team for the Relay for Life of KC North. Their team is the top fundraiser this year.

During the 2018 relay, the movie theme of “Lights, Camera, Relay ...” inspired Kathy Mazi to dress as Pippi Longstocking. She is part of Team Inspiring Hope, led by her husband, Alan Mazi, a cancer survivor.

LIBERTY — Relay for Life is returning to an in-person event this Saturday, June 26 and teams are ecstatic to share the camaraderie again. The relay is 5 to 11 p.m. at the track behind South Valley Middle School, 1000 Midjay Drive.

For Alan and Kathy Mazi and their team, Inspiring HOPE, this year could be a banner year when the team raises $15,000. Right now, the team is sitting at $12,443.

“I lost my mother 30 years ago to cancer,” Cullinane said. “That date is June 15. Now, I get to celebrate my daughter who is a survivor. We both participate now. We do get excited. Last year, we met with Alan and Kathy, but it wasn’t the same as being part of a relay. There’s a great camaraderie to be part of this. It’s so important as too many people are affected by cancer.”

Pony Express used to have a team, but while other team members have drifted to other teams, they still make contributions, Cullinane said.

Cullinane, like other teammates, call Alan and Kathy “a-mazi-ng” people.

“It’s a fun play on our name,” Alan said, who will mark his on cancer journey and survival July 5 when he was diagnosed 16 years ago with sarcoma. “I had done other fundraising events, but we were asked to step in and lead the St. James team. It all worked together well.”

St. James Catholic Church Knights of Columbus and the church family is supportive of the Mazis. They helped the Inspiring HOPE team raise $5,000 this year, Kathy said.

“Each year, we have a cake to mark another year of surviving and being together,” he said. “We know this year will be different with some safety protocols in place, but there will be themed walks and of course, the most moving lap is the survivor and caregiver lap as the two meet up.”

Unique themed laps this year include a patriotic lap at 6 p.m.; crazy hat and socks at 7 p.m.; and a superhero lap at 8 p.m.

“There is a community that we have found so that people don’t feel alone in this fight,” Kathy said. “We have missed that community feeling over the past 15 months.”

Along with joining a team, donating to one or checking out a relay, there is also a live auction. Learn more at secure.acsevents.org/site/STR?pg=entry&amp;fr_id=99454.