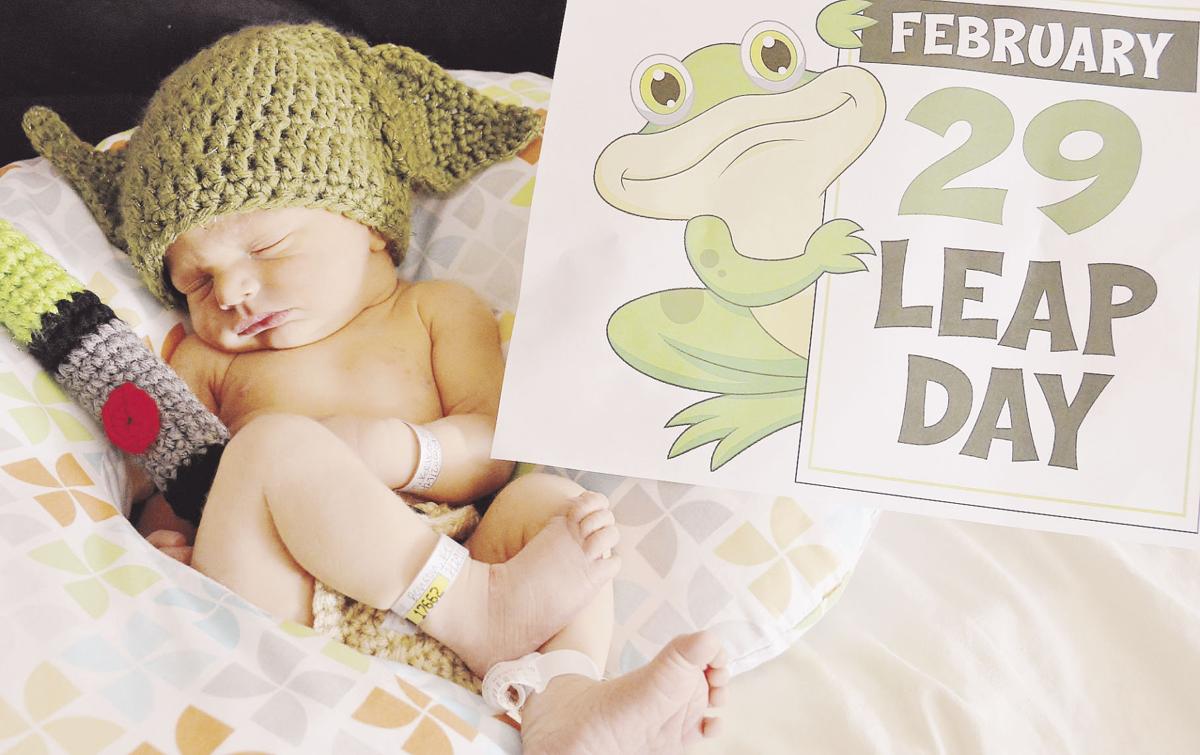 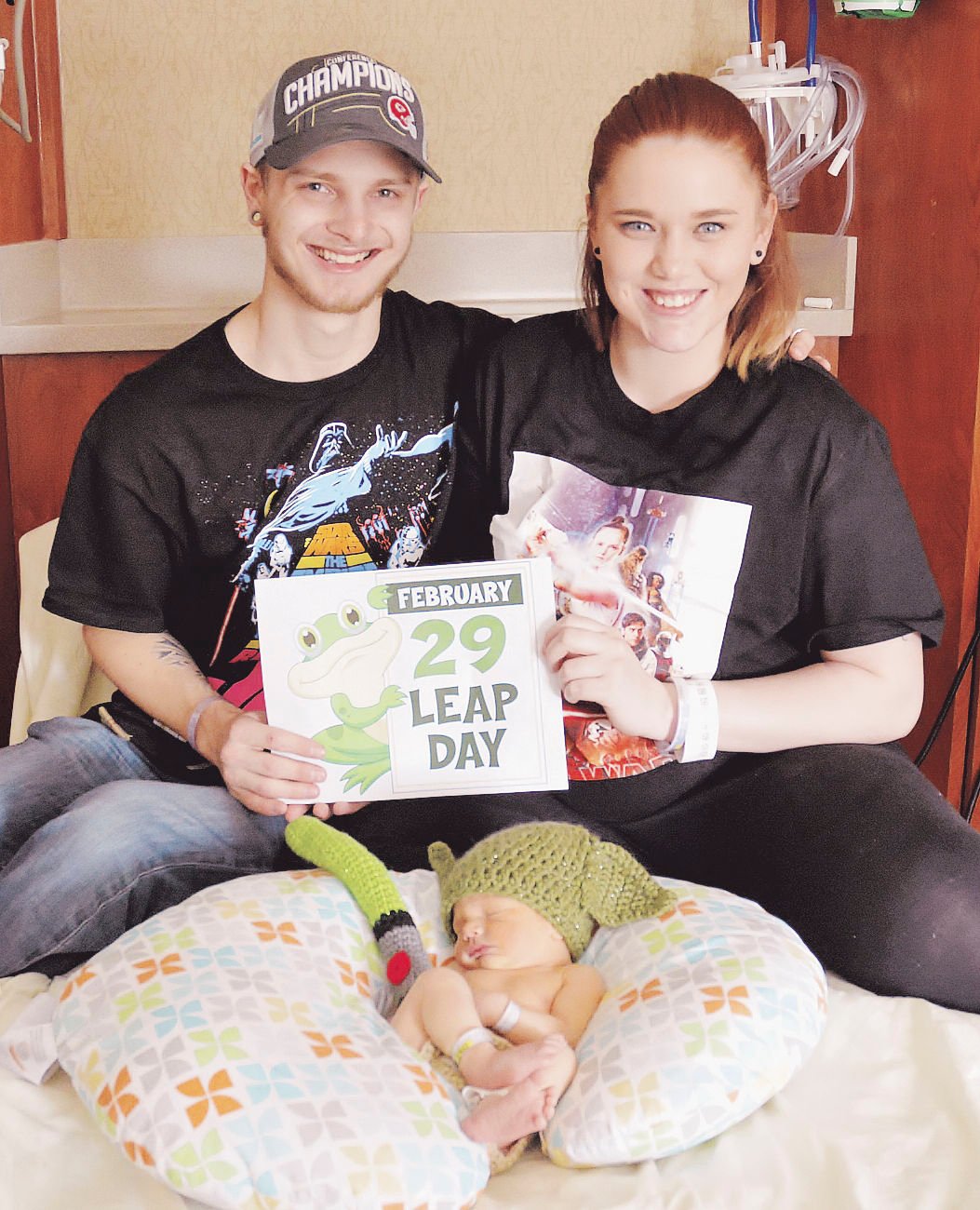 Clayton Hoye and Keira Benson celebrate the birth of their first child, a son named Atlas. The couple are huge Star Wars fans and dressed their son as baby Yoda.

Clayton Hoye and Keira Benson celebrate the birth of their first child, a son named Atlas. The couple are huge Star Wars fans and dressed their son as baby Yoda.

LIBERTY — Historically, children born on Feb. 29, referred to Leap Day because it comes only in leap years, are surprisingly hard to come by. Labeled leaplings, there are about 187,000 people total who were born on Leap Day in the United States.

This year, Liberty Hospital had three births. One of those babies who leaped into the world is Atlas Clayton Hoye. His parents, Clayton Hoye and Keira Benson, expected to be at the hospital the first week of March, but little Atlas had other ideas.

Clayton said his brother predicted the baby would be born Feb. 29 while Benson said she was going to be induced before her official due date of March 8.

Atlas is the first child for both and was 6 pounds, 5 ounces and 19 inches in length at birth.

“We wanted his name to be unique,” Benson said.

“When we were looking, Atlas means maps, but it was also the Titan who challenged Zeus and ended up holding the heavens,” the father said.

As the parents sat in their hospital room March 2 before the family was discharged, the couple discussed how they will celebrate their son’s birthday.

Benson said she excepts they will celebrate their son’s birthday on March 1 most years.

While Leap Day may be characterized by a frog, the parents are huge Star Wars fans, opting for their son’s first outfit to be a baby Yoda costume complete with lightsaber made by Benson’s cousin.