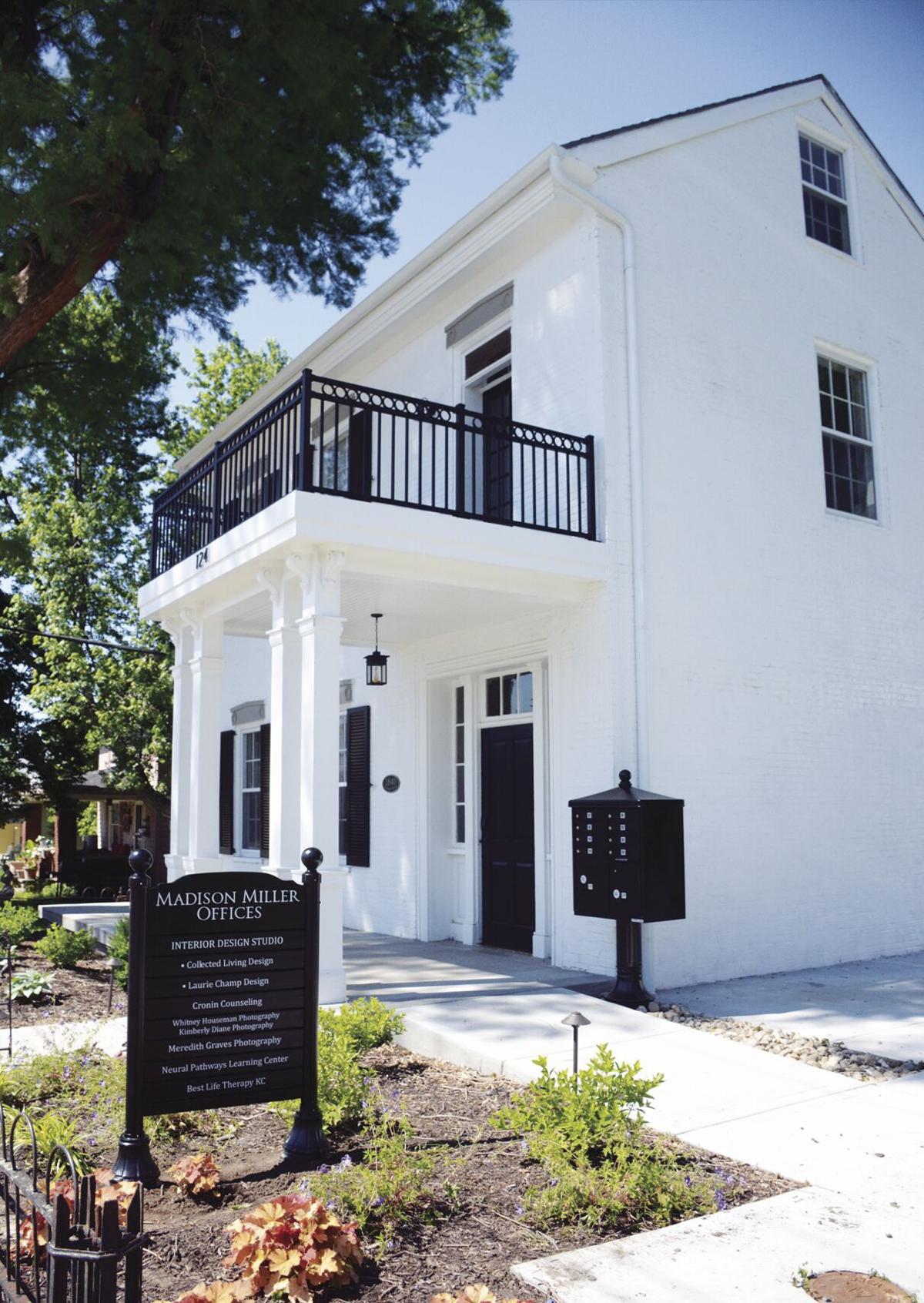 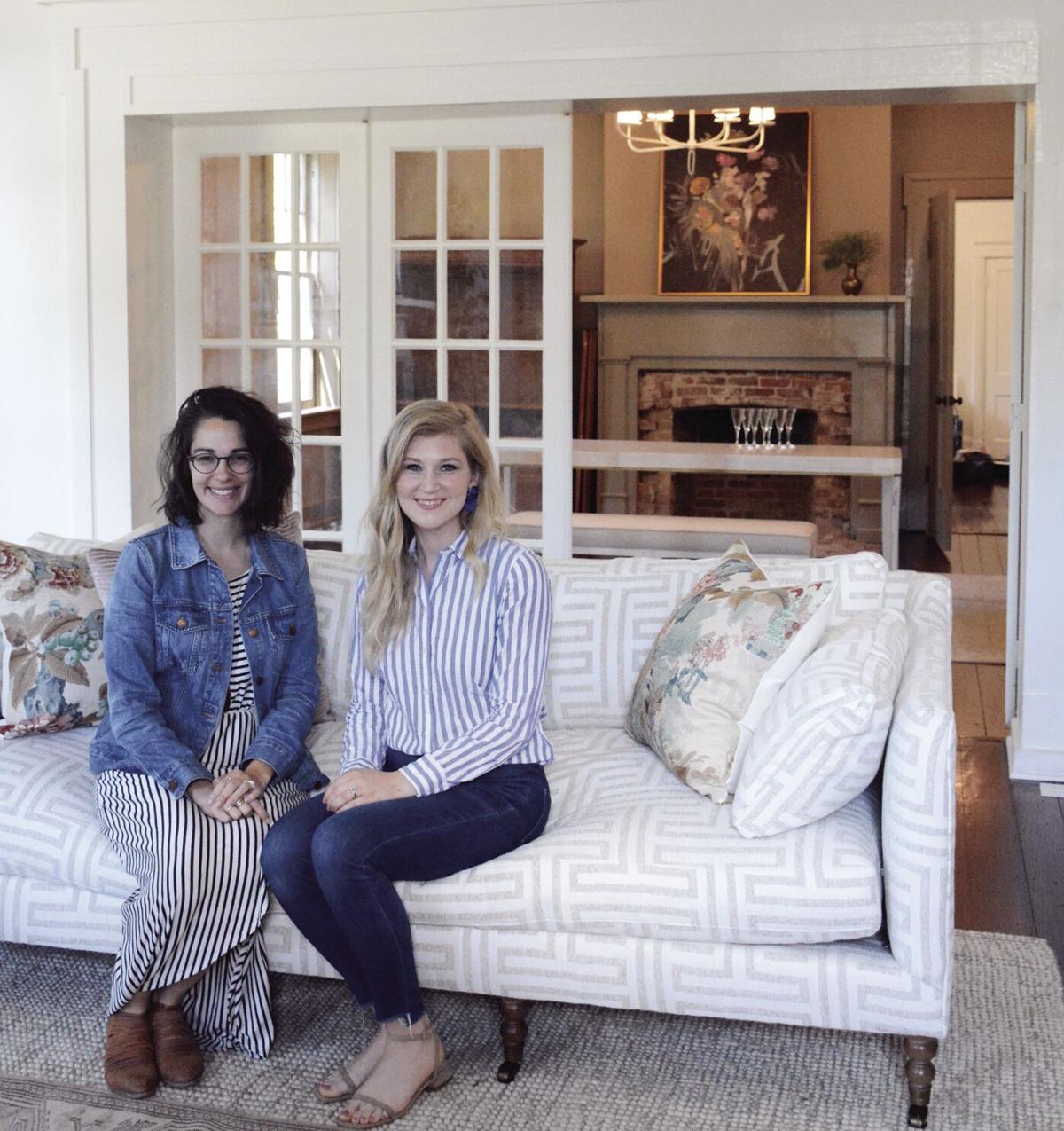 Abby Humphreys and Shandy Arend of Collective Living Design sit in one of their two showrooms inside the Madison Miller Offices on Gallatin Street in Liberty. 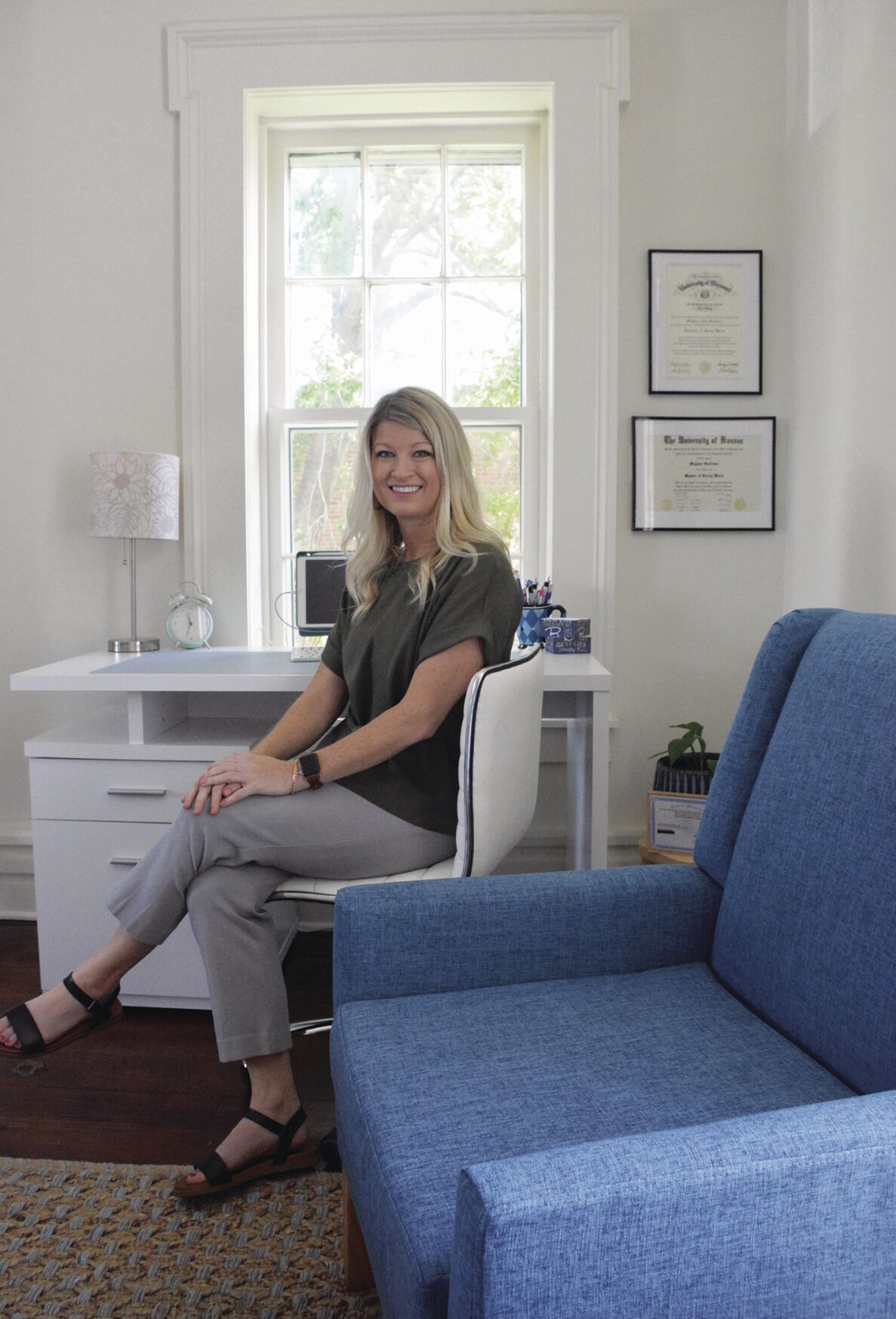 Counselor Meghan Mallams, Best Life Therapy KC, sits in her office with all its natural light inside the Madison Miller Offices. 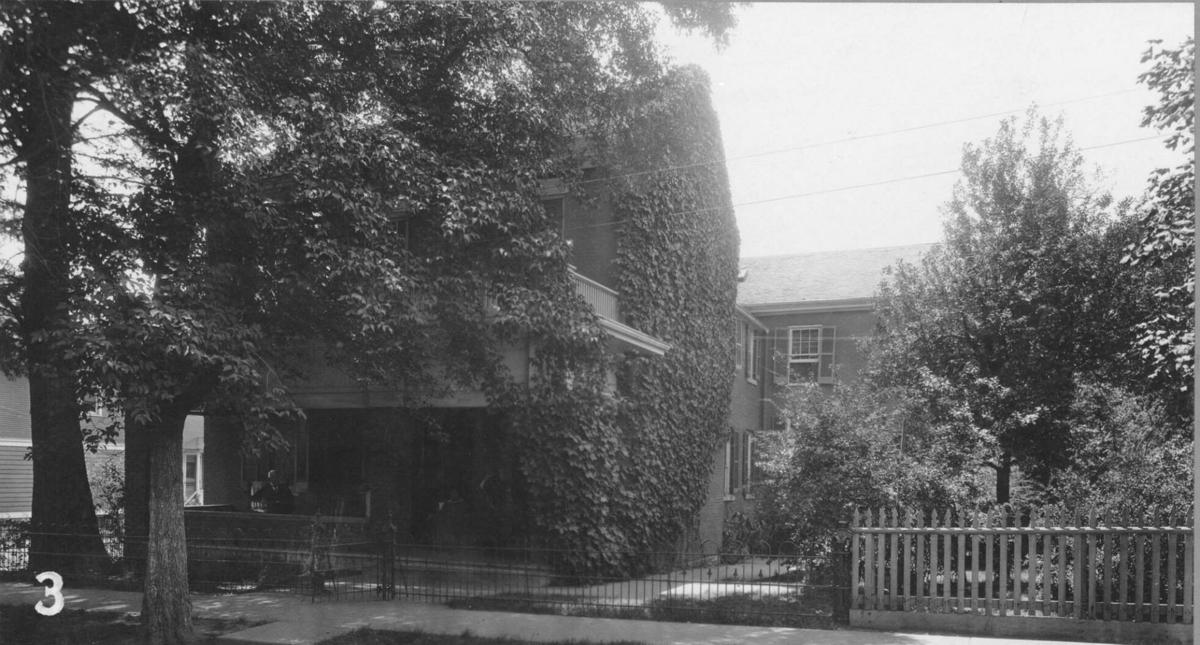 The former Madison Miller House, constructed around 1840, is seen in a photograph of an unknown date. The house has had many additions throughout the decades.

Abby Humphreys and Shandy Arend of Collective Living Design sit in one of their two showrooms inside the Madison Miller Offices on Gallatin Street in Liberty.

Counselor Meghan Mallams, Best Life Therapy KC, sits in her office with all its natural light inside the Madison Miller Offices.

The former Madison Miller House, constructed around 1840, is seen in a photograph of an unknown date. The house has had many additions throughout the decades.

LIBERTY — Two years ago in early June, Ken Personett, owner of Capstone Homes and a historic preservationist, announced his restoring of the former Madison Miller home at 124 N. Gallatin St.

The first mayor of Liberty, Miller built a small residence on Gallatin Street around 1840 and most likely, in the 20 years between then and the start of the Civil War, additions were made. The property was turned into apartments in the 1930s.

Personett purchased the property in December 2018.

“The house in 1840 was mostly two rooms up and down,” Personett said. “As the additions came, the exterior walls became the interior walls. They are about 18 inches of thick brick.”

Personett looking at making the space a single-family house, a duplex, fourplex, bed and breakfast or mixed-use building.

However, construction issues proved to be a challenge. The end result was Personett creating eight small business spaces.

“It’s fitting that the house again, in its 181 years, has purpose,” he said. “In some ways, this house backed me into a corner a bit. I couldn’t do the mixed use because of fire code needs. I figured an unique office building could take shape. I worried about that during COVID. Now, I get to see blossoming businesses.”

Currently, occupants are three interior designers with a showroom, three counselors and three photographers, sharing and renting space. An open house for the space is being scheduled.

“There’s something very satisfying that there is a creative bent to the place now,” the owner said. “I like the mix we have in there. We have some youth and excitement to it now, plus high visibility.”

Some tenants moved in to their offices in late May and early June.

The combined efforts of Collected Living Design and Laurie Champ Design are found on the first floor. Collective Living designers Abby Humphreys and Shandy Arend have been working to set up their two-room showroom area.

“I figure we will rearrange these spaces every quarter,” Humphreys said.

“We had been shopping around for a space,” Arend said. “We are designers and we had the vision to see what Ken was aiming for. It really was love at first sight.”

Both designers are thrilled with their work space. Humphreys said she can’t wait to get into work in the morning.

“Watching the rebuild, it’s meaningful for our business considering what we do,” Arend said. “This is a part of the community, and now we are as well.”

Meghan Mallams’ office space is on the second floor. Mallams and counterpart Dana Combs are the team behind Best Life Therapy KC. Mallams specializes in children and adolescent counseling. She saw the former incarnation and wondered about the building.

“Charles Small (area real estate agent) brought us here in the rain and I wasn’t sure,” she said. “I eventually saw this room and its window seat. I found the charm and the functionality I needed. My first full day was June 1. Kids are comfortable coming in here.”

Personett said the building has approximately 50% offices and 50% open space including the attic, which can be used as a common area by tenants.

Personett is also continuing to give old homes new life.

“They are huge investments, but bringing them to fruition is a treat. As a matter of fact, my next project is 462 E. Kansas. It was built in 1857. That is going to be a challenge indeed.”