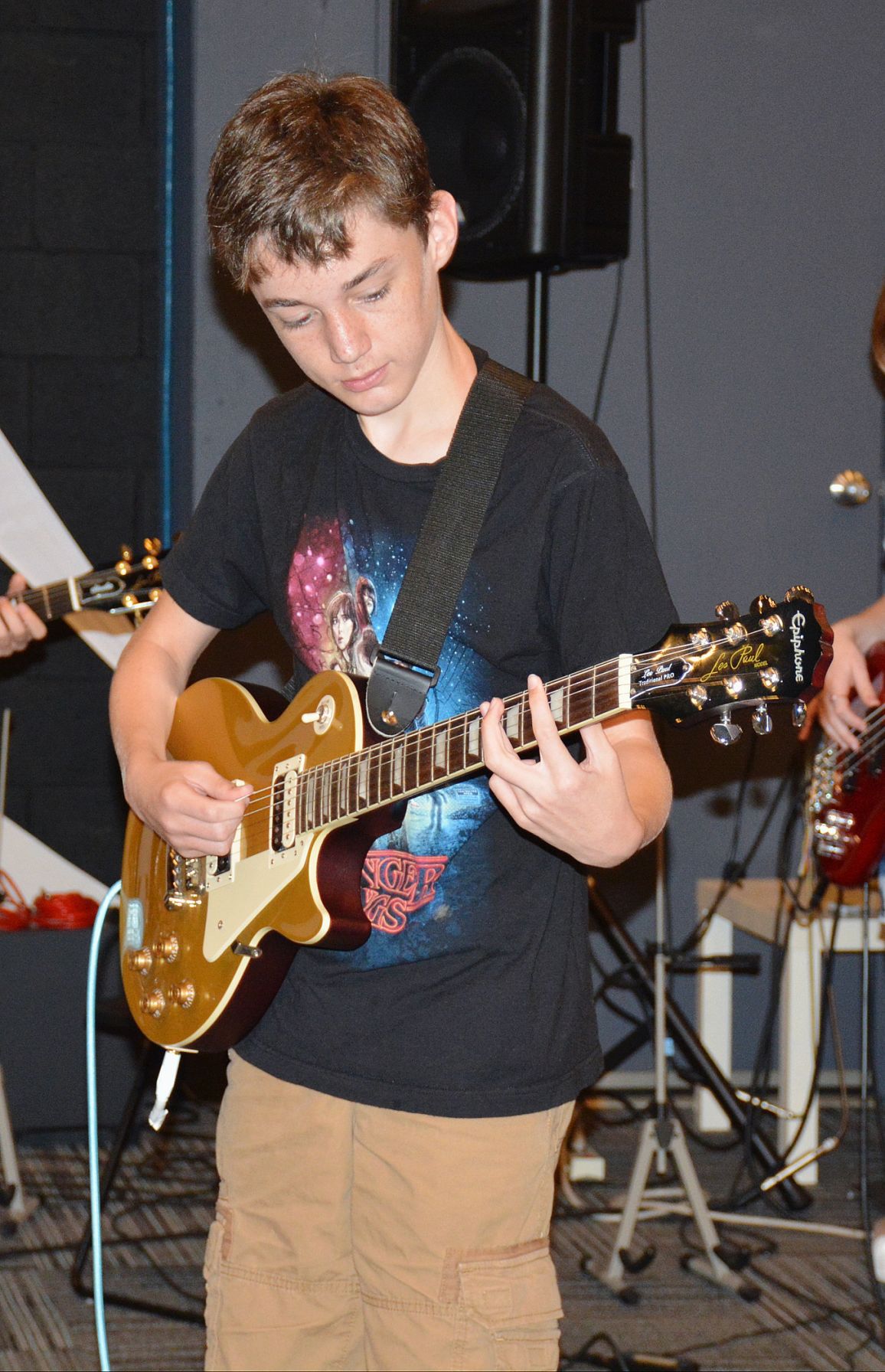 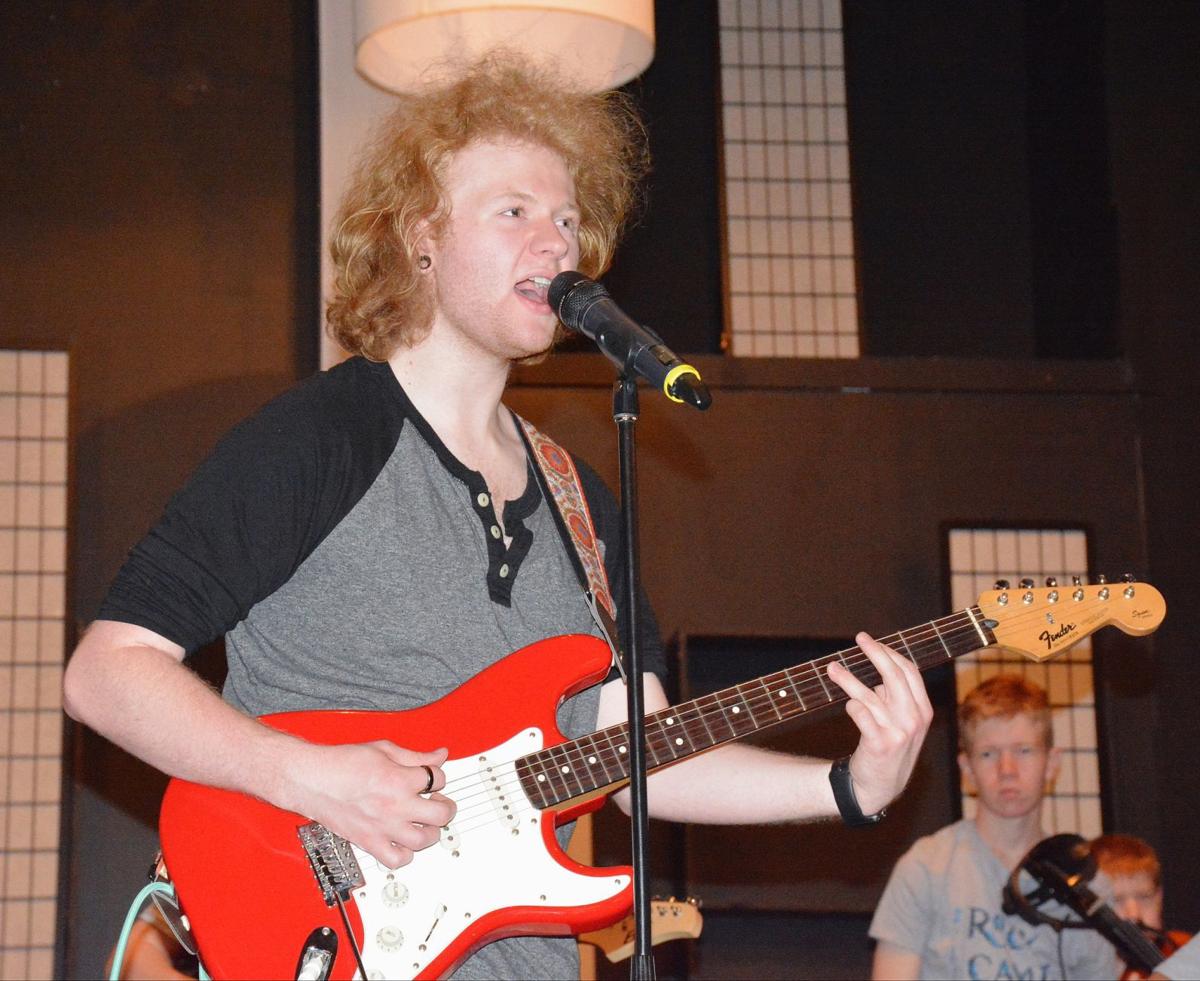 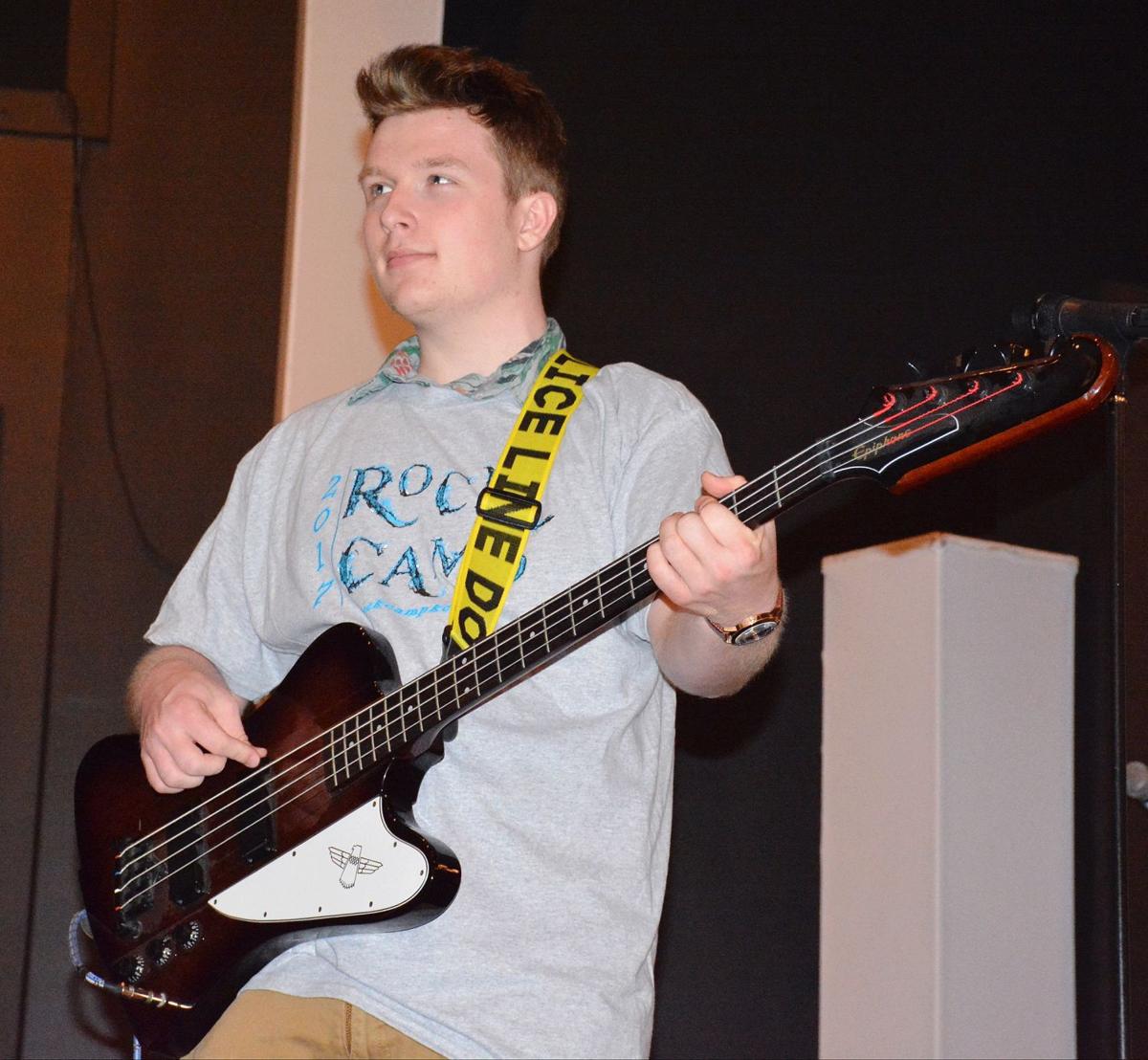 On bass, Jeron Espen rehearses with his group during this summer’s Rock Camp. 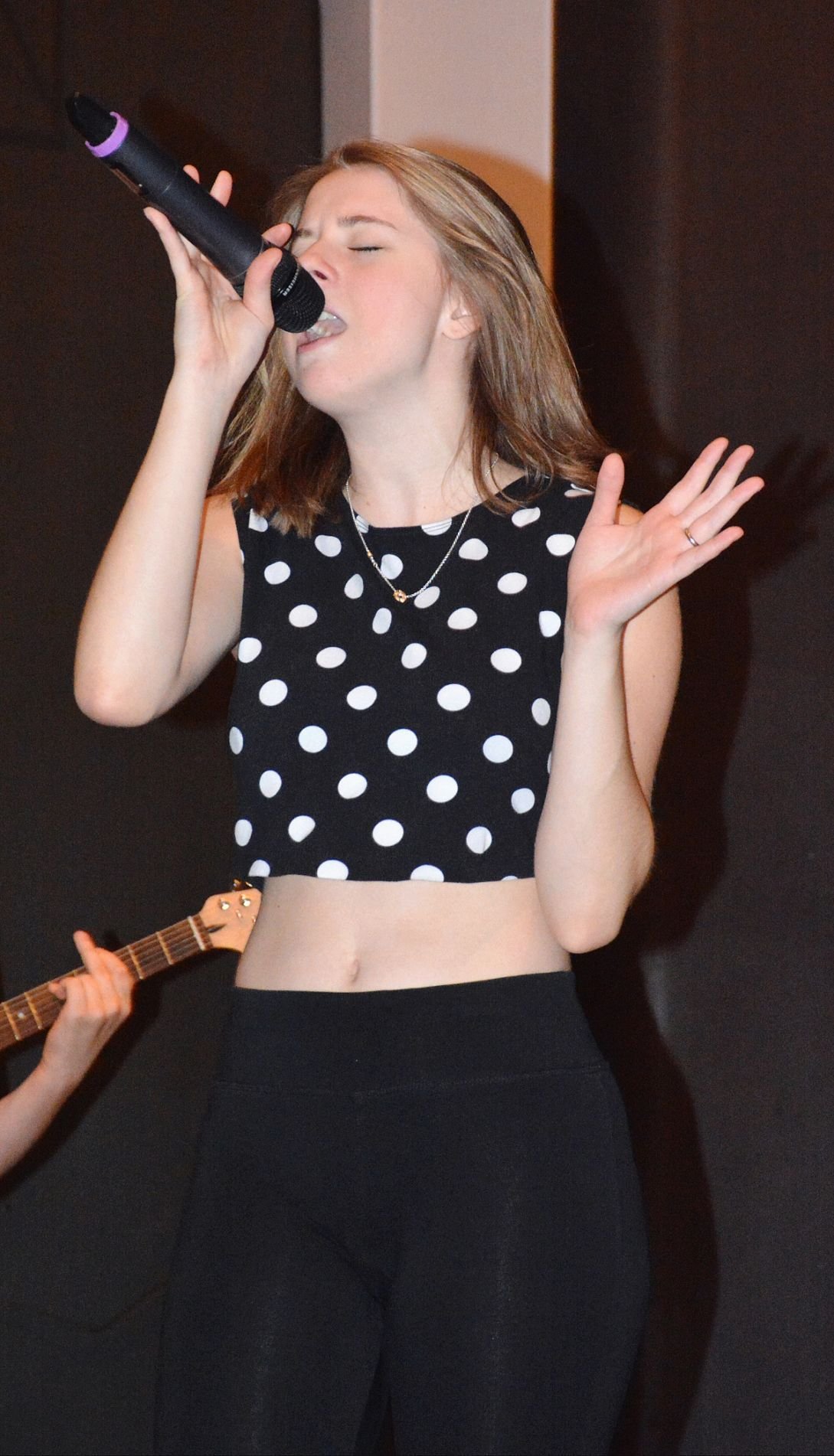 Lana Moerer takes lead vocals to Kelly Clarkson’s hit “Since U Been Gone” at a Rock Camp rehearsal.

On bass, Jeron Espen rehearses with his group during this summer’s Rock Camp.

Lana Moerer takes lead vocals to Kelly Clarkson’s hit “Since U Been Gone” at a Rock Camp rehearsal.

CLAY COUNTY — These campers know how to rock.

For a ninth summer, young musicians from all corners of the Northland took part in Rock Camp, a weeklong immersive venture designed to give participants ages 7 to 18 the experience of being in a band.

“Our idea was to have three bands each year work three hours a day and learn three songs and perform them in a concert at the end of the week,” said instructor David Hanna, who has been a leader for the camp since its debut in 2009. “It’s quite an experience and many of them keep coming back.”

“It’s fun meeting people here and learning new stuff and seeing new kids learn,” eighth-year camper Ian Kesner said. “I’ve learned patience and how to teach people, too, and how to work together mostly. My favorite part is when we perform at the end of it and seeing how people play on stage under pressure.”

Hanna divides the campers into bands, mixing ages and balancing instruments, and also rearranges every song to maximize their abilities. A few years ago, Hanna added an a capella group to the mix.

Throughout the week he teaches alongside Jake Arant, an alum of Rock Camp himself.

“I like to mix it up with the campers. It’s a growing process for them,” Hanna said. “At times I can step back and watch them grow as musicians.”

Emily Black has attended Rock Camp each of the past five years.

“I love to play music and at school it’s hard to find people who are just as passionate. This gives me an opportunity to make friends who have the same passion for music as me. It’s fun to get to perform for people,” she said. “It’s helped me find my passion in life and what I want to do in life. I want to be able to perform my own music. David and my music teacher at school have spoken to me through music and I want to do that for someone else.”

Brothers Sean and Zac Purdue said the camp gives them an opportunity to play different styles of music on the violin and viola, respectively.

“It’s pretty fun,” Zac said. “It’s not like music you typically play for a viola.”

First-year camper Izzy Christus said she found out about the camp after attending the final show last year.

“David is super fun with everything,” Christus said. “As a teacher, he helps everybody and he know what to do to help them perform their best and that makes us successful as a band.”

The lead instructor said he learns more each year as well.

“Teaching helps me grow as a musician and person, too. It’s not just watching the kids grow, I can develop my own skills at the same time,” Hanna said. “The joy of seeing them grow and watching what they get to do is quite rewarding.”

Education Editor Ryne Dittmer can be reached at ryne.dittmer@mycouriertribune.com or 389-6606.

Find out more about Rock Camp and watch past performances at www.rockcampkc.com.