You are the owner of this article.
Edit Article Add New Article
You have permission to edit this article.
Edit
Home
News
Sports
Obituaries
Opinion
Announcements
Special Sections
Multimedia
Classifieds
Info
1 of 4 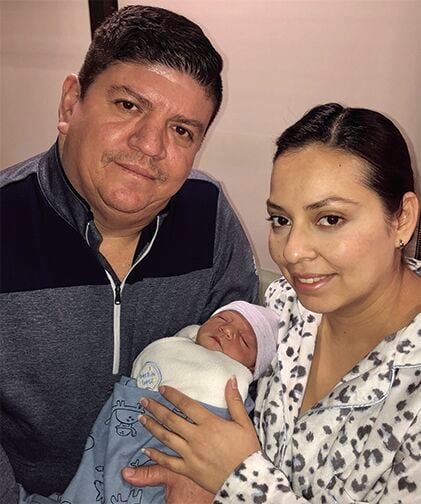 The first baby of 2021 at Liberty Hospital arrived at 4:50 a.m. to Marisol Rodriquez and Eduardo Garcia of Kearney. Eduardo Jr. weighed in at 6 pounds and 13 ounces. 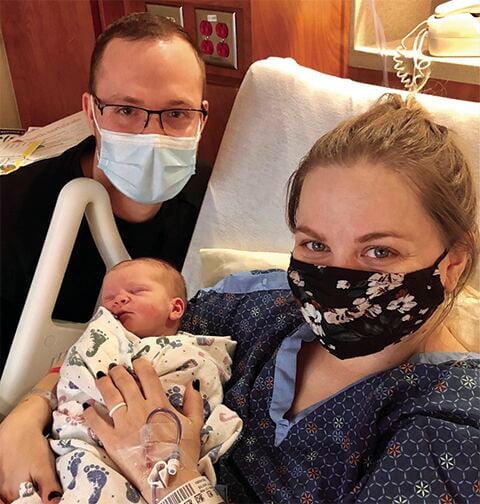 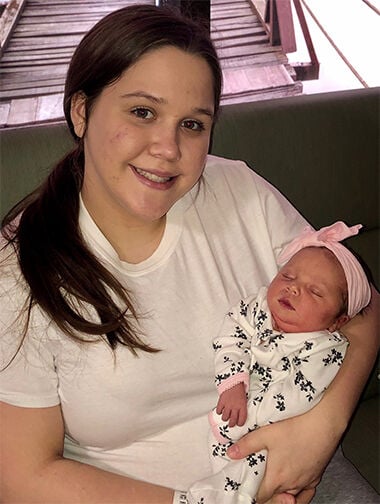 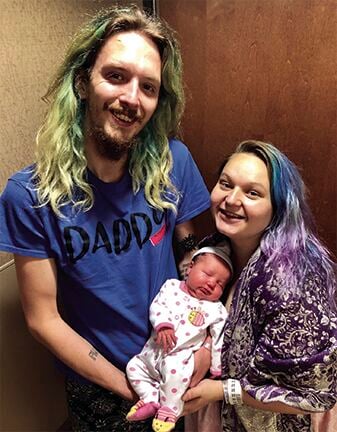 The first baby of 2021 at Liberty Hospital arrived at 4:50 a.m. to Marisol Rodriquez and Eduardo Garcia of Kearney. Eduardo Jr. weighed in at 6 pounds and 13 ounces.

LIBERTY — An estimated 371,504 babies were born around the world on New Year’s Day, according to UNICEF.

According to history, the image of a baby representing a fresh start dates back to ancient Greece. Marking the rebirth of the god Dionysus, festivities included placing a baby in a basket and parading the infant through town. Babies born on the first day of the year supposedly have the best luck throughout their lives.

At Liberty Hospital, the first baby of 2021 arrived at 4:50 a.m. to Marisol Rodriquez and Eduardo Garcia of Kearney. Eduardo Jr. weighed in at 6 pounds and 13 ounces and was 21 inches in length.

Eduardo said his son’s due date was Jan. 10.

“We actually arrived at the hospital on Thursday morning, but they sent us home. Then, two hours later, Marisol’s contractions kicked up,” he said. “We came back to the hospital around 4 p.m. Dec. 31. I guess he wanted to be the first. It was a New Year’s Eve to remember.”

Eduardo and Rodriquez are thrilled with their new family addition that also includes two older daughters.

“2020 was a tough year,” said the father. “Having our son gives us a new reason to be thankful. We give thanks to God. We are healthy and the baby is healthy. We can be extra grateful to start 2021.”

“It will be good, and when he is older and stays up to midnight, we will celebrate,” he said. “We will honor his day.”

The second Baby New Year at the hospital arrived at 6:09 a.m. to Kylie Ehrsam of Independence. Sophia JoLee Johnson made her appearance, weighing in at 7 pounds, 11 ounces and 21 inches in length.

Currently, Ehrsam said her daughter is being a great baby.

“I have not decided how we will celebrate her birthday,” she said. “However, I am glad that she is not part of that horrible year that was 2020.”

The third baby to be born on New Year’s Day, Melody Ann Grace Hammons, was born at 12:14 p.m. to Angela Archer and Kale Hammons of Kansas City. She weighed in at 8 pounds, 9 ounces and 20.5 inches in length. The family did not respond to requests for an interview.

The fourth baby of New Year’s Day, Kennedy Lynn, came when expected Jan. 1 to Michael and Alexandra Silver of Liberty. Arriving at 1:43 p.m., Kennedy weighed in at 6 pounds, 14 ounces and measured 20 inches in length.

“She’s our first child,” Alexandra said. “We have been talking about how to celebrate her birthday. I think we will do the New Year’s Eve countdown and make it the countdown to her birthday. No matter what, it was a great way to start off 2021. Last year was such a crazy year, our daughter has added that brightness in our world. We are very blessed and very grateful.”