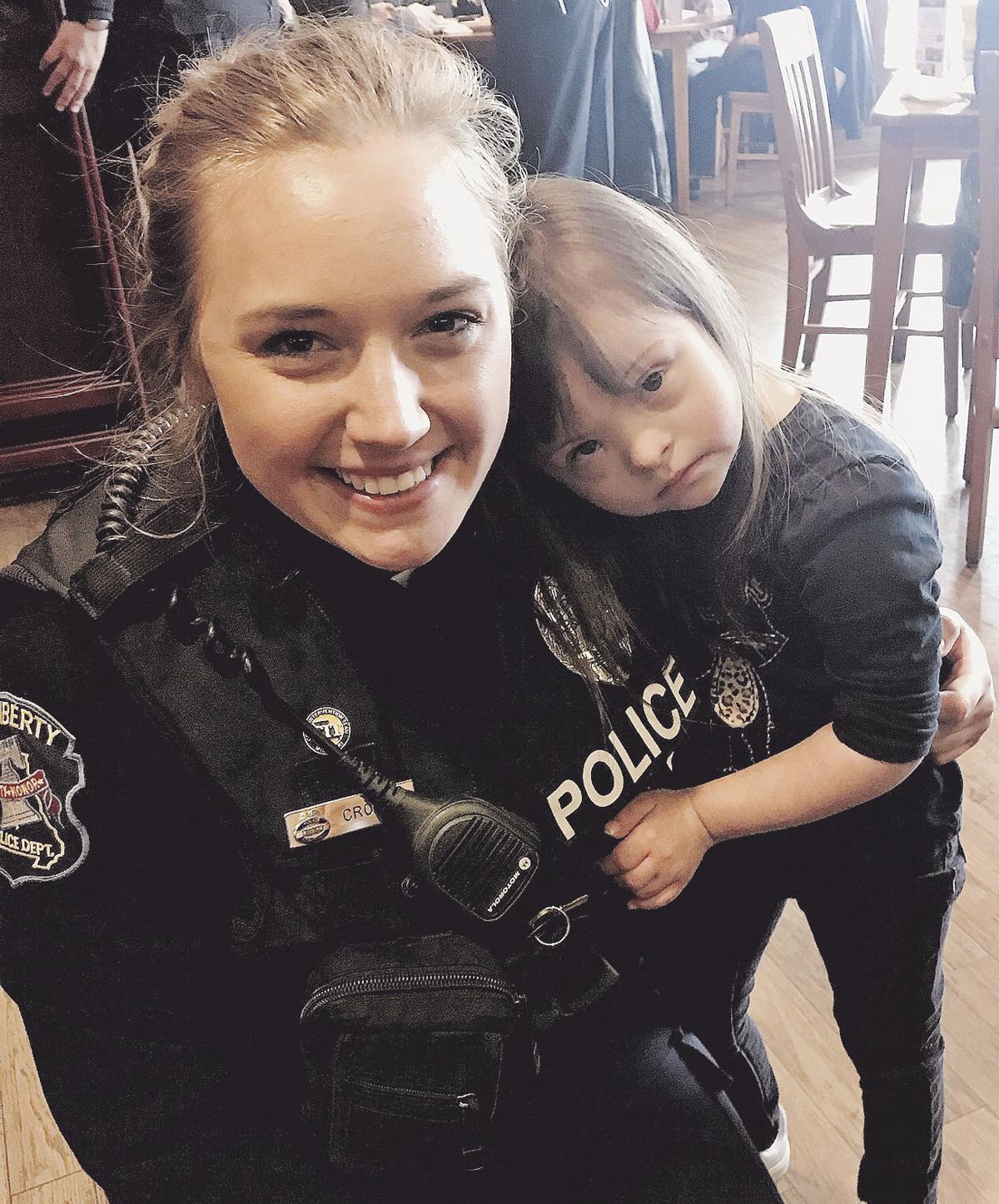 Liberty police officer Emma Crosby gets a hug from Sierra Rendon, who has Down syndrome. Rendon is one of the main reasons, Crosby said, she is dedicated to raising funds for Missouri Special Olympics and getting other officers more involved. 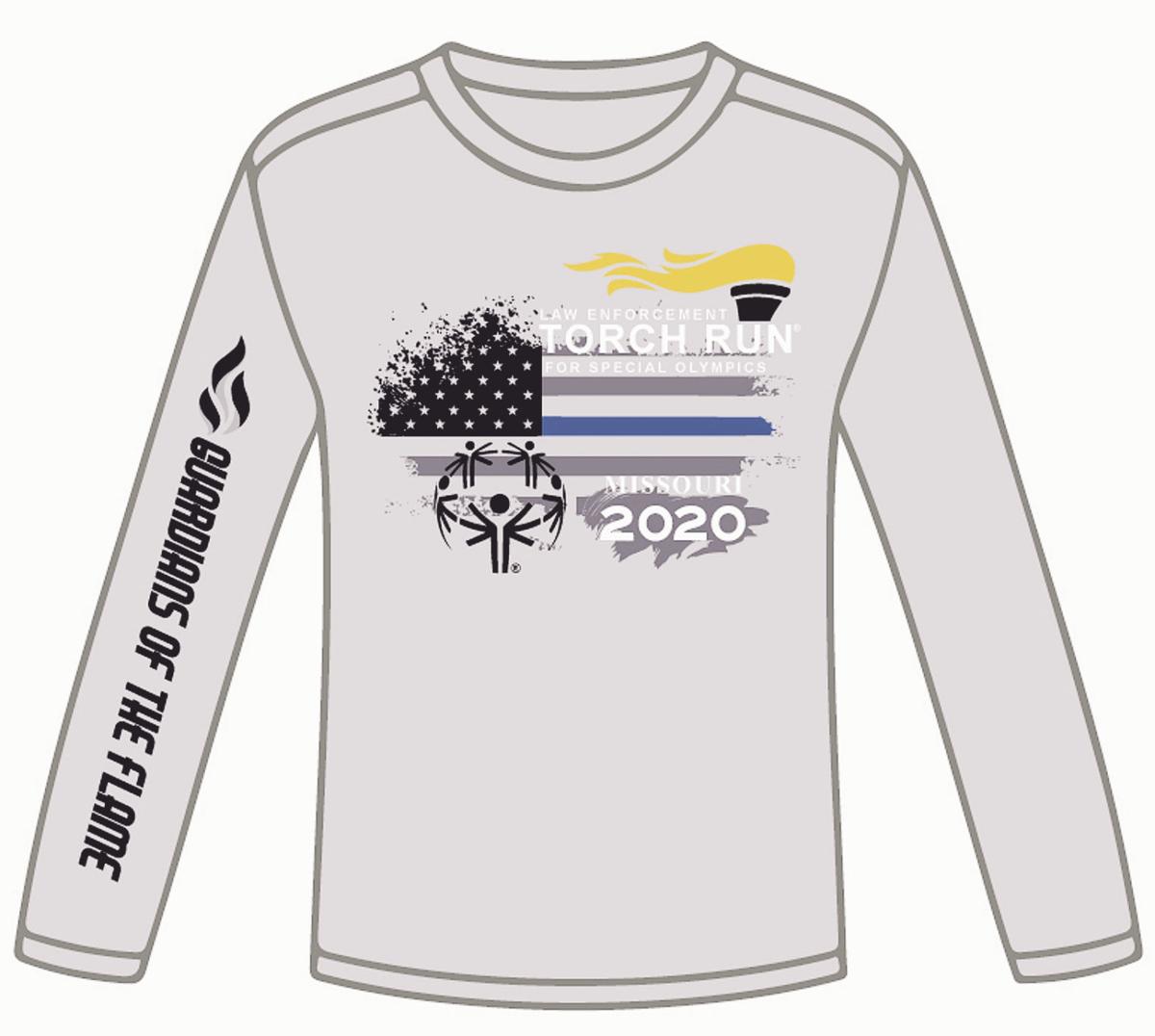 The illustrations shows what the long-sleeved T-shirts Liberty officers are selling to benefit Missouri Special Olympics.

Liberty police officer Emma Crosby gets a hug from Sierra Rendon, who has Down syndrome. Rendon is one of the main reasons, Crosby said, she is dedicated to raising funds for Missouri Special Olympics and getting other officers more involved.

The illustrations shows what the long-sleeved T-shirts Liberty officers are selling to benefit Missouri Special Olympics.

LIBERTY — Liberty Police Department was awarded the Kansas City region’s Outstanding Agency Award by the Special Olympics of Missouri. The award is granted for participation, funds raised and involvement with the organization in 2019. This is the first time the police department received the award.

“We have been always been involved with the Special Olympics,” she said. “However, I am now the coordinator and I have taken the reins. We raised close to $6,000 in 2019 with a variety of events.”

When Crosby first got involved, she worked a Tip a Cop event and found a girl with Down syndrome who has proven to be Crosby’s motivation.

“Sierra Rendon is the little girl and I met her at an event at Corner Cafe,” the officer said. “She gives the greatest hugs and really motivates me to keep going.”

Last year, a tornado on May 23 in Jefferson City damaged the Special Olympics training facility. The building was newly opened and sustained thousands of dollars in damage. Much of the funds raised by Missouri law enforcement personnel is aiding repairs and other work, Crosby said.

To help out this year, Crosby started setting up events. She learned about Cops on Top from Kansas City officers. In that fundraiser, officers stand on the roofs on Dunkin Donuts shops while others collect donations at drive-thrus.

“The hope is that I can motivate some other officers to join in this year’s efforts,” Crosby said. “... I have been thinking about expanding what we offer and how to get officers even more involved as well as the community.

Liberty Sgt. Heather Massey, who has helped at fundraising events before, said sometimes it’s about the officers seeing the athletes at the events that can help with motivation.

“The end goal of Special Olympics is not about the big win, but to feel accepted and rewarded for their hard work.” Crosby said.

Massey said once officers join in, they have an “amazing” time.

"If people buy from me, the credit goes to Liberty," she said of the shirts.

Other fundraising efforts Crosby is planning include a barbecue in City Park, a softball game between Liberty police and Clay County deputies and recruitment of business sponsors.