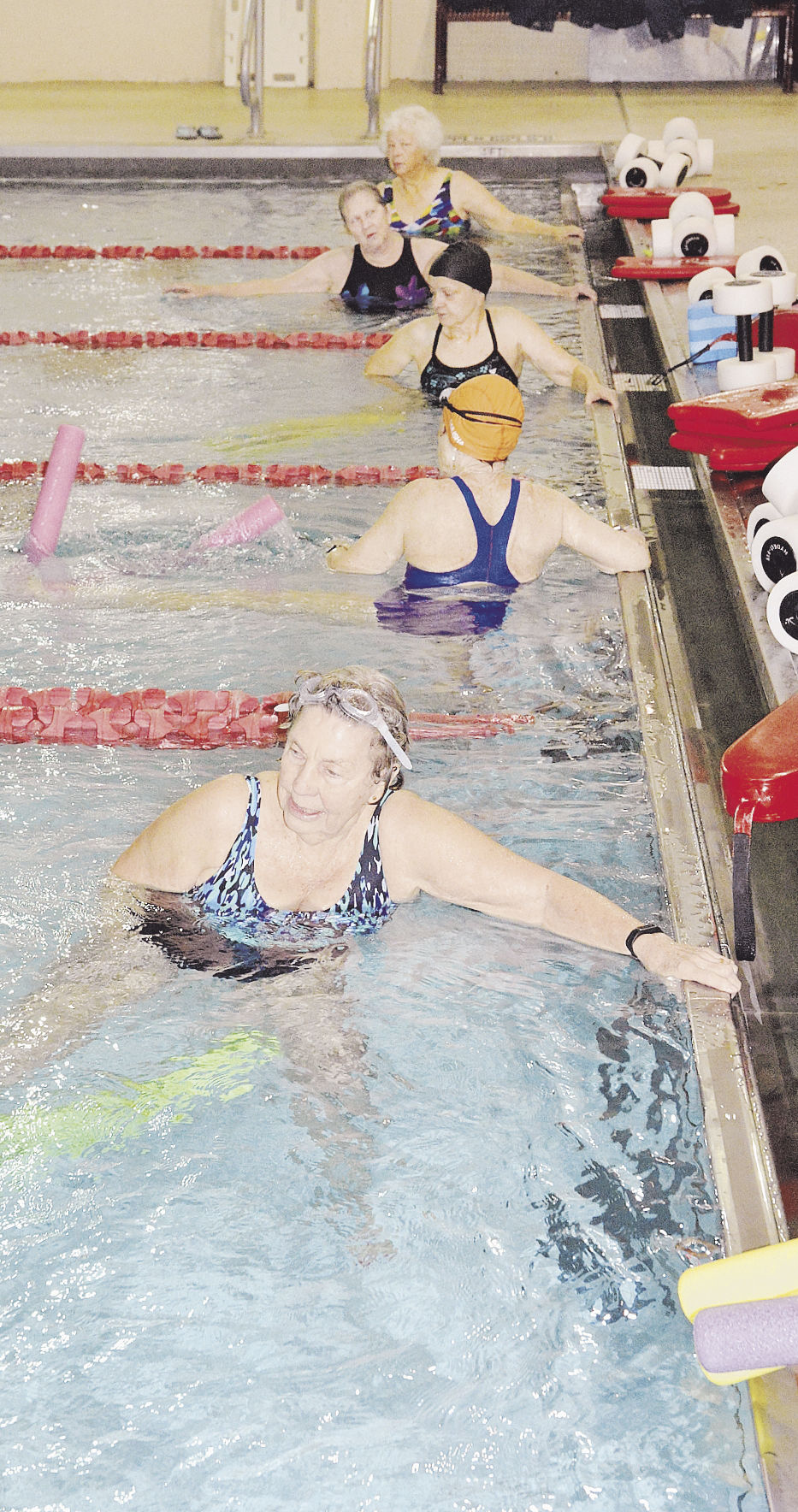 Teacher Judy Minor shows students at Liberty’s Norterre how to use swim noodles like resistance bands to strengthen leg muscles. 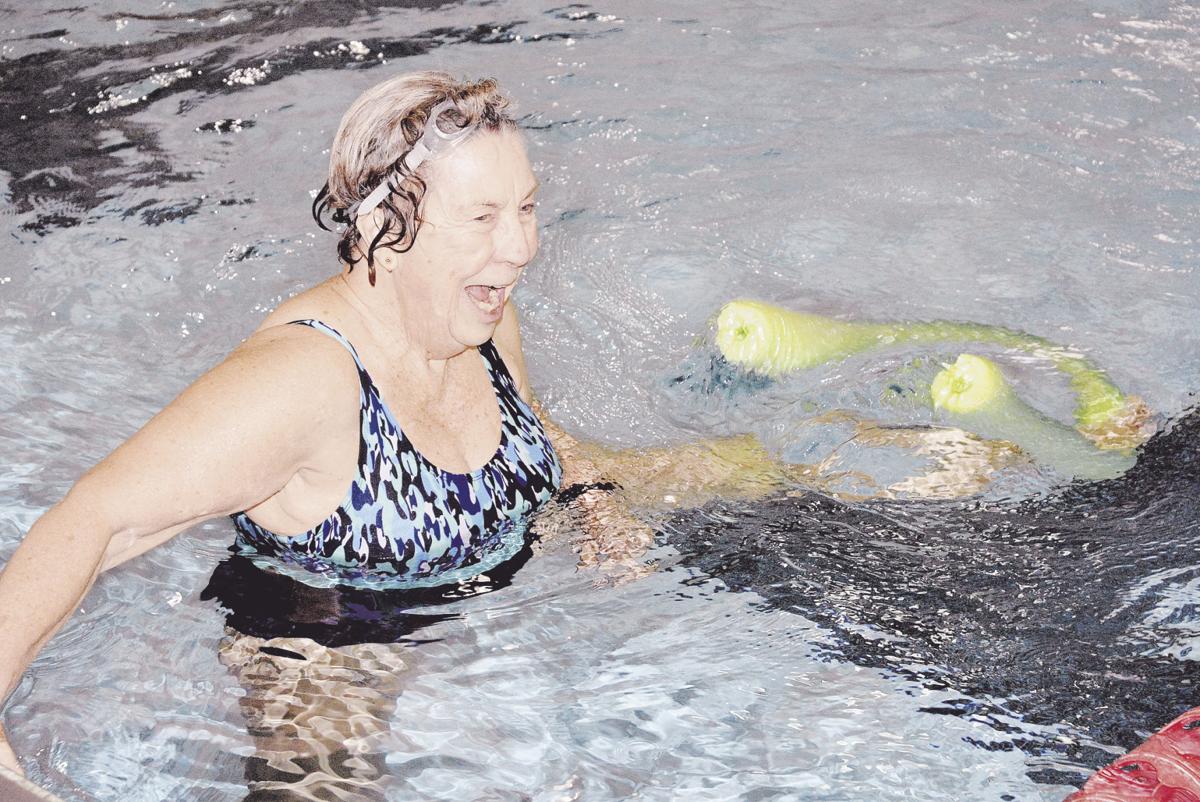 Judy Minor has been teaching water aerobics classes for 35 years. At the end of 2019, her students followed her up to Norterre.

Teacher Judy Minor shows students at Liberty’s Norterre how to use swim noodles like resistance bands to strengthen leg muscles.

Judy Minor has been teaching water aerobics classes for 35 years. At the end of 2019, her students followed her up to Norterre.

LIBERTY — Water aerobics teacher Judy Minor has logged more than 5,200 hours of class time in the William Jewell College swimming pool over the past 35 years. Contrary to rumors heard in Liberty, Minor is not retiring. She’s moved her class to Norterre, a state-of-the-art workout destination at 2551 Norterre Circle in Liberty.

“I started in the classes in the spring of 1984, but my time at Jewell was well before that,” she said. “I was an undergraduate at the college. Then my husband Lee ended up as chairman of the psychology department. About 1981, I took a job with the continuing education department and I was in charge of noncredit classes.”

Minor was tasked to use parts of the campus that were underused and bring people to the campus.

“It was about getting people to the campus, making friends and the other part of my mission was to cover my expenses,” she said. “We had workshops for women, including a group called ‘Business Associates.’ We would provide seminars for them. We then started the Young Achievers classes, which included art and swimming classes for kids. I organized them. When the new Mabee Center opened, the pool was not being used. I found classes to use it.”

“Longtime Liberty resident Patsy Triplett suggested a swim exercise class for women,” she said. “Patsy was going to go to a class for training and got the flu. I was too cheap to let the fee go to waste so I went and fell in love with water exercising. In the spring of 1984, we started the arthritis classes.”

The class, Jewell’s Awesome Web-footed Seniors or J.A.W.S., was first. Then Strong Women in Motion or S.W.I.M. Lap swimming started.

“People are still doing the lap swimming, and then we have class that includes high bobs in the water,” Minor said. “We are focusing on water aerobics and making the most of the time in the water.”

Minor recommends participants work at their own speed.

“I like to challenge people to do things they haven’t done before,” she said. “I also recognize that one of the most important things to get people to class is that social network. Jogging in the water, they are talking about things that are important to them. They keep connected.”

Lynn Streu has been taking classes from Minor for 14 years; Henrietta Cooper for 20 years. Minor says she is happy the workout group nets around 40.

“Norterre has a warm-water pool at about 83 degrees. We are happy,” she said. “I want to encourage people to exercise in the water. There is the magic of the water where 90% of the weight is taken off the joints if water is up to the shoulders. Unlike exercising on land, there is resistance to every move. A mile of walking in water is 2.5 miles on the land.

“Judy really motivates us,” Streu said. For Cooper, it’s a combination of visiting and a good workout that keeps her coming back for more.

“We have fun, first and foremost,” Cooper said.

Cooper said Minor is an exceptional teacher and coach.

“After all, we are all willing to follow her,” she said.