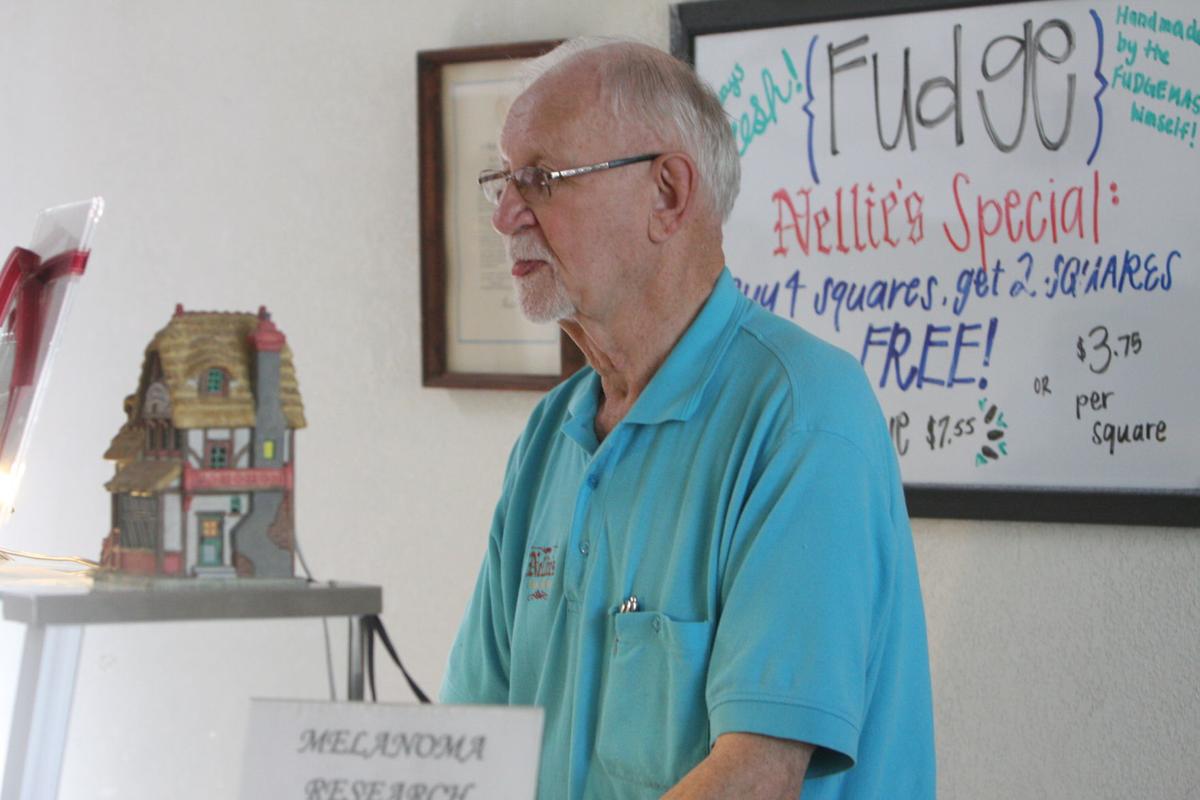 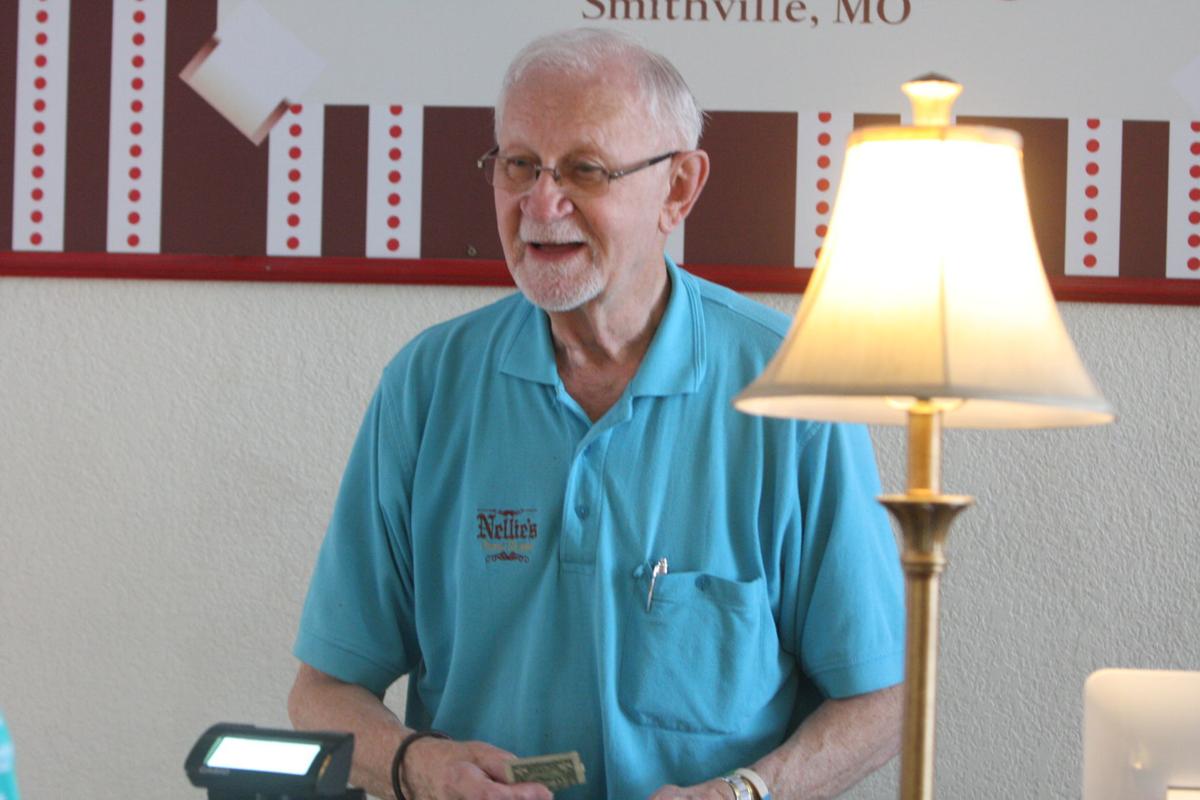 Harley Morlock shares a smile with a customer at Nellie's Sweet Shoppe on Thursday, Aug. 18, in downtown Smithville. 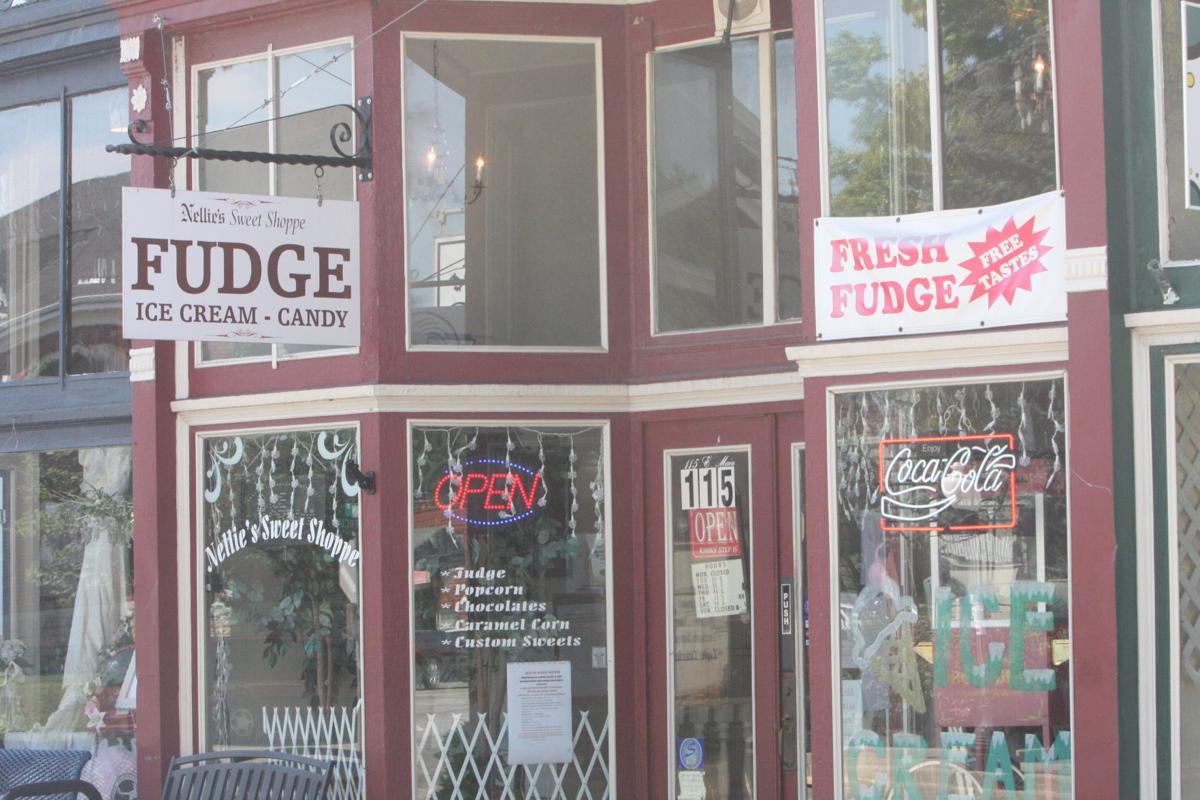 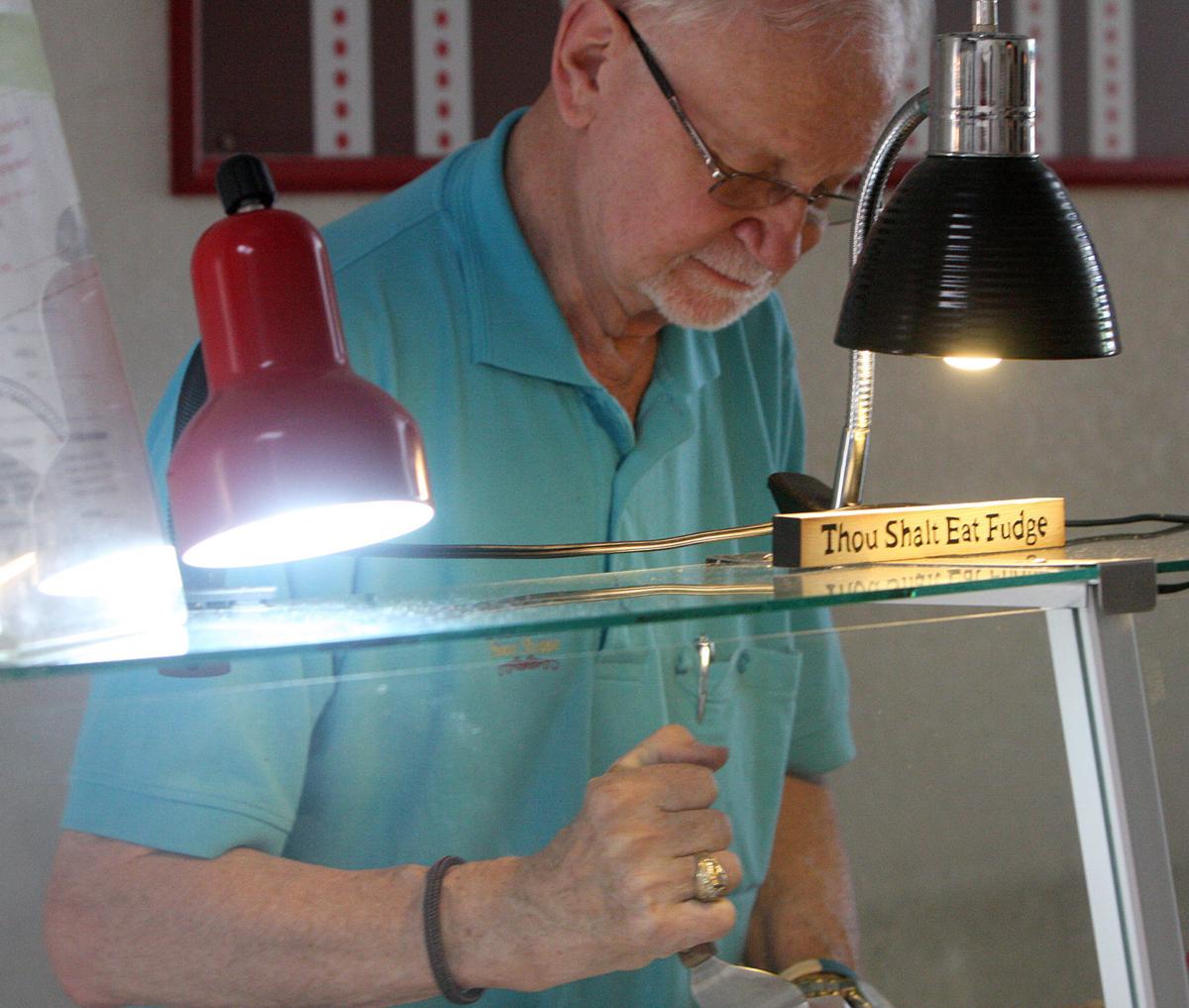 Harley Morlock prepares to serve a customer a piece of fudge Thursday, Aug. 18, at Nellie's Sweet Shoppe in downtown Smithville.

Harley Morlock shares a smile with a customer at Nellie's Sweet Shoppe on Thursday, Aug. 18, in downtown Smithville.

Harley Morlock prepares to serve a customer a piece of fudge Thursday, Aug. 18, at Nellie's Sweet Shoppe in downtown Smithville.

Harley Morlock moved to Smithville in 2007 from Minneapolis and has fallen in love with the small-town charm of this lakeside community.

Morlock and his late wife, Jackie, moved to town to be with their ailing daughter Janelle “Nellie” Tebbs.

Nellie was diagnosed with melanoma in 2007. The skin cancer had returned after being in remission for 21 years. Nine short months later, she lost her battle.

In the late summer of 2007, Morlock and his wife were driving through town, and Jackie spotted the building where Nellie’s Sweet Shoppe would become a downtown fixture at 115 East Main St.

“We drove buy here one day and my wife saw the for-rent sign on the building, and my wife said, ‘That will make a nice candy store.’ Then about five weeks later, we were open,” Morlock said. “I enjoy the small-town feel of Smithville and knowing the people in the business community.”

The couple opened Nellie’s alongside their daughter Ronna Mack, who still works at the shoppe.

Nellie’s offers the classic feel of yesteryear, giving Smithville residents and visitors to the historic central business district the opportunity to step back in time.

Morlock, who makes all of the fudge at Nellie’s, estimates that he has made over 9 tons of of the tasty confection. That comes out to about 18,000 pounds of fudge. He uses a book full of old recipes to refer to when making a fresh batch.

Morlock said his favorite fudge to make at the shop is maple nut, but added that peanut butter chocolate fudge is Nellie’s top-seller.

Morlock has been fortunate enough to have children that he first-served back when Nellie’s opened during the fall of 2007 who have come back to work for him part-time.

Outside of Nellie’s, Morlock participates in the Smithville Lions Club. When he was still living in Minnesota, he was the district governor for the Lions Club in Hennepin County from 1987 to 1988. He has been a member of the organization for 43 years and has perfect attendance for Lions meetings.

The Smithville Lions Club meets the second and fourth Tuesday of every month — at Nellie’s.

Throughout August, the Lions Club has sponsored Hot Summer Nights in downtown Smithville along with the Downtown Historic District. The group has a long planning process for the concert series throughout the year.

Morlock enjoys the opportunity to patronize other independent businesses in town. Among some of his favorite haunts are the patio at Justus Drugstore — a resturant, KoZak’s Laketown Grill and the coffee shop at Three Link Gallery.

“The lifestyle in Smithville is a lot slower than Minneapolis and economically, it’s a lot more feasible here,” Morlock said. “I don’t have a favorite time of year in Smithville ... I am here the entire year and enjoy every minute.”

Morlocks likes the moderate climate of Smithville compared to the cold nights he left behind in the Twin Cities area.

Overall, the transplant loves the area, but he has not converted to being a Kansas City Chiefs fan. His pro football allegiance is still to the Minnesota Vikings.

Chiefs fans shouldn’t be too sour about that, since the Chiefs beat the Vikings 23-7 in Super Bowl IV on Sunday, Jan. 11, 1970, in New Orleans, Louisiana.

Staff Writer Kaleb Huffman can be reached at 532-4444 or kaleb.huffman@smithvilleherald.com.