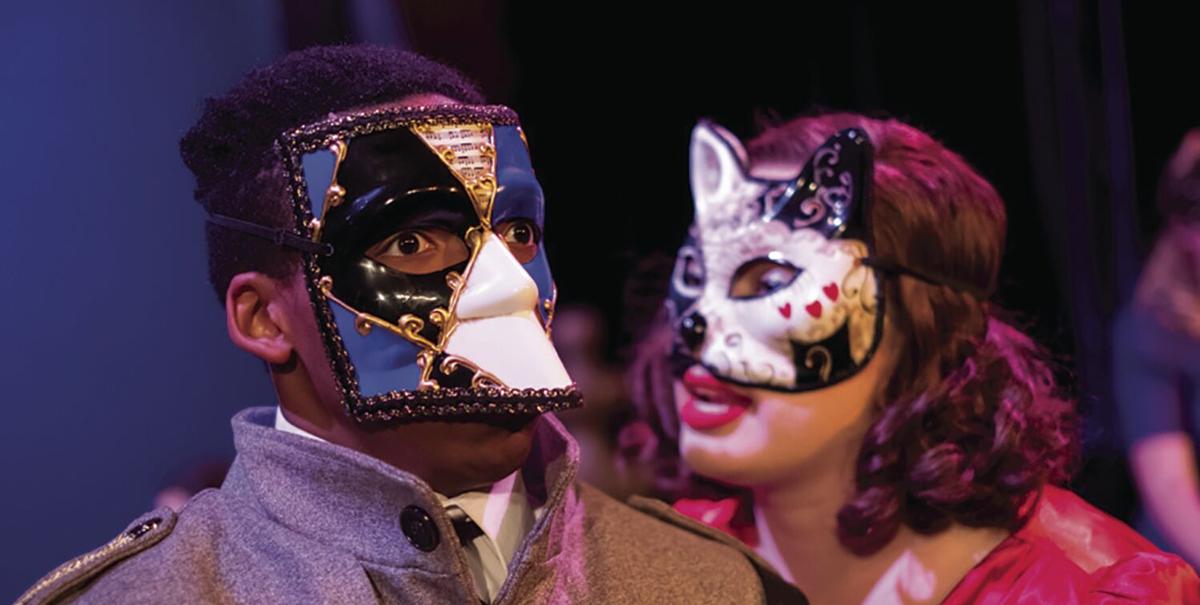 William Jewell College theater’s 2018 production of “Much Ado About Nothing” used masks as part of the show. “These scenes were essential in plot development as mistaken identity or characters pretending to be others create conflicts within the plot. Think of the masked ball scene in Romeo and Juliet, most famously,” William Jewell College Assistant Professor of Theatre Chris McCoy said. 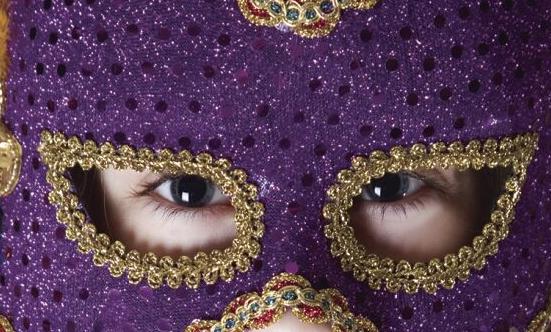 While having their start with cultural celebrations and rituals, Halloween now means colorful masks and costumes are part of fun children’s celebrations.

William Jewell College theater’s 2018 production of “Much Ado About Nothing” used masks as part of the show. “These scenes were essential in plot development as mistaken identity or characters pretending to be others create conflicts within the plot. Think of the masked ball scene in Romeo and Juliet, most famously,” William Jewell College Assistant Professor of Theatre Chris McCoy said.

While having their start with cultural celebrations and rituals, Halloween now means colorful masks and costumes are part of fun children’s celebrations.

While masks have been part of lives for the past several months due to COVID-19, the use of decorative, ornate masks are not just for Halloween. Culturally, masks have been used in theater, storytelling, hunting and more.

In Alaska, the native Yup’ik and Inupiaq people wear masks during midwinter hunting festivals. The masks are believed to help ward off harmful spirits, according to the Museum of Natural and Cultural History at the University of Oregon.

Halloween masks take their historic roots from the Celts with the festival of Samhain, a celebration that honors the end of summer and the beginning of the cold and darkness of winter. The Celts believed that, during this period, the boundary between this world and the next was thin and spirits could pass into the living world and cause mischief.

To scare away evil spirits and prevent them from entering homes, the Celts dressed up in costumes and wore scary masks to trick spirits and keep them from knowing people’s identities, according to history.com.

For Dia de los Muertos in Mexico, the Day of the Dead commemorates family members who have passed away. During this celebration, which happens as October turns to November, people will often paint their faces or wear masks of clay or papier-mâché that resemble skulls as well as create altars to celebrate the departed, according to nationalgeographic.com.

In Guatemala, masks have been worn in various fully-scripted performances, known as bailes or danzas. These tell stories both historical and mythical. They are performed at indigenous festivals and Catholic feasts and often depict animals, saints, conquistadors or Mayan warriors.

In West African countries, masks made of leaves, straw and wood honor ancestors. Masks are also worn for weddings or funerals, according to the Fowler Museum at the University of California, Los Angeles.

William Jewell College Assistant Professor of Theatre Chris McCoy studied the use of masks in theater as well as incorporated masks in recent productions including William Shakespeare’s “Much Ado About Nothing.”

“Greek theater’s use of masks is where we get the idea of comedy and tragedy masks that have become a symbol for theater. I think it’s important to point out that theater began as a religious festival in ancient Greece; therefore, many scholars link the use of masks from this era to those used in other culture’s rituals (such as Africa, Native America and other indigenous peoples),” he said.

What all of these mask usages have in common is the belief that masks serve as a symbol for change from human to extra-human, said the local scholar.

“Dionysus was the Greek god of theater and wine. The connection here is that both represent change: grapes are changed to wine, just as actors are transformed into the characters they play on stage. Therefore, masks have a long history in religious and cultural practices,” McCoy said.

Nathan Wyman, professor of theatre and producing director of Jewell Theatre Company, said masks played a significant role in Italian commedia dell’arte, which was popular from the 16th to 18th centuries.

Masks were used to indicate stock characters, such as the Pantalone, the miserly, old man; Innamorati, or young lovers; Doctore, a quack doctor; or Zanni, servants and comic foils. The most famous of the latter characters was Arrlechino, who transformed into the Harlequin character later in France.

Masks are also used in Noh Theatre, which is the most ancient of the traditional Japanese performance styles. It is considered one of the oldest art forms still in practice today. Like other rituals, the use of masks in Noh is considered sacred and actors go through a ritual before every performance before they don the mask, McCoy said.

Use of masks in the local 2018 production of “Much Ado About Nothing,” much like in Shakespeare’s productions and in the works of and playwrights of Renaissance eras, disguise characters.

“These scenes were essential in plot development as mistaken identity or characters pretending to be others create conflicts within the plot. Think of the masked ball scene in Romeo and Juliet, most famously,” McCoy said.

In contemporary theater, mask work is often used as part of an actor’s movement training. It helps actors focus on how to express character and emotion using the entire body rather than merely facial expressions, McCoy explained.

Through the years, masks have become commonplace every Halloween and usually complete costumes children wear. Despite this drastic change and development behind the use of masks through the years, they still allow children to roam neighborhoods on Oct. 31 anonymously, an idea that has passed down through the centuries.

As many traditional Halloween activities can be high-risk for spreading viruses, the Centers for Disease Control and Prevention offers guidelines for a safer Halloween this year in light of the COVID-19 pandemic. The following is a list of activities rated by the CDC by risk level.

• Carving or decorating pumpkins outside, at a safe distance, with neighbors or friends

• Having a virtual Halloween costume contest

• Having a Halloween movie night with people you live with

• Participating in one-way trick-or-treating where individually wrapped goodie bags are lined up for families to grab and go while continuing to social distance, such as at the end of a driveway or at the edge of a yard

• Having a small group, outdoor, open-air costume parade where people are distanced more than 6 feet apart

• Going to an open-air, one-way, walk-through haunted forest where appropriate mask use is enforced, and people can remain more than 6 feet apart.

• Visiting pumpkin patches or orchards where people use hand sanitizer before touching pumpkins or picking apples, wearing masks is encouraged or enforced and people are able to maintain social distancing

In addition to the above listings of risk-related activities, the CDC offers the following things to keep in mind when out for Halloween for added safety.

• A costume mask is not a substitute for a cloth mask. A costume mask should not be used unless it is made of two or more layers of breathable fabric that covers the mouth and nose and doesn’t leave gaps around the face.

• Do not wear a costume mask over a protective cloth mask because it can be dangerous if the costume mask makes it hard to breathe. Instead, consider using a Halloween-themed cloth mask.

• If screaming will likely occur, greater physical distancing is advised. The greater the distance, the lower the risk of spreading a respiratory virus.