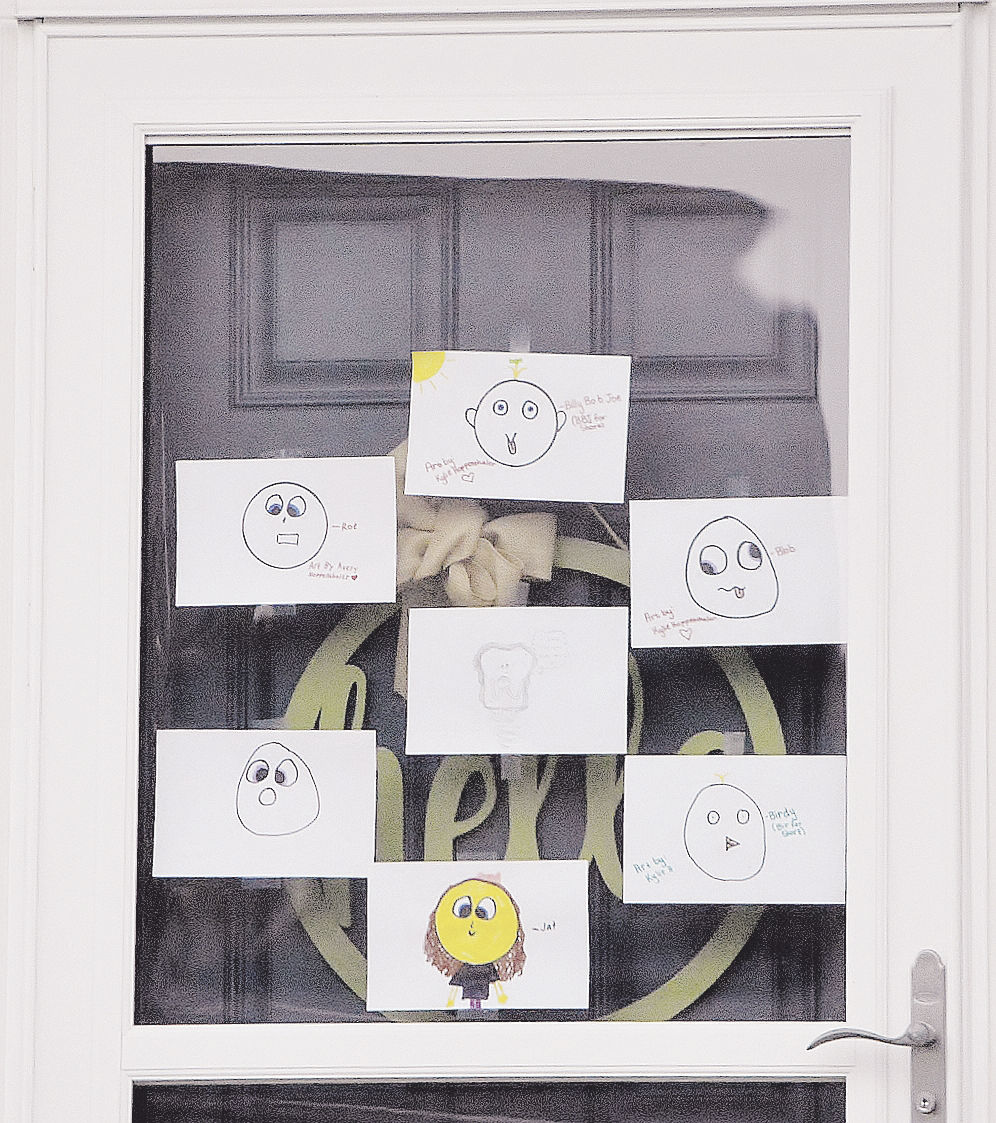 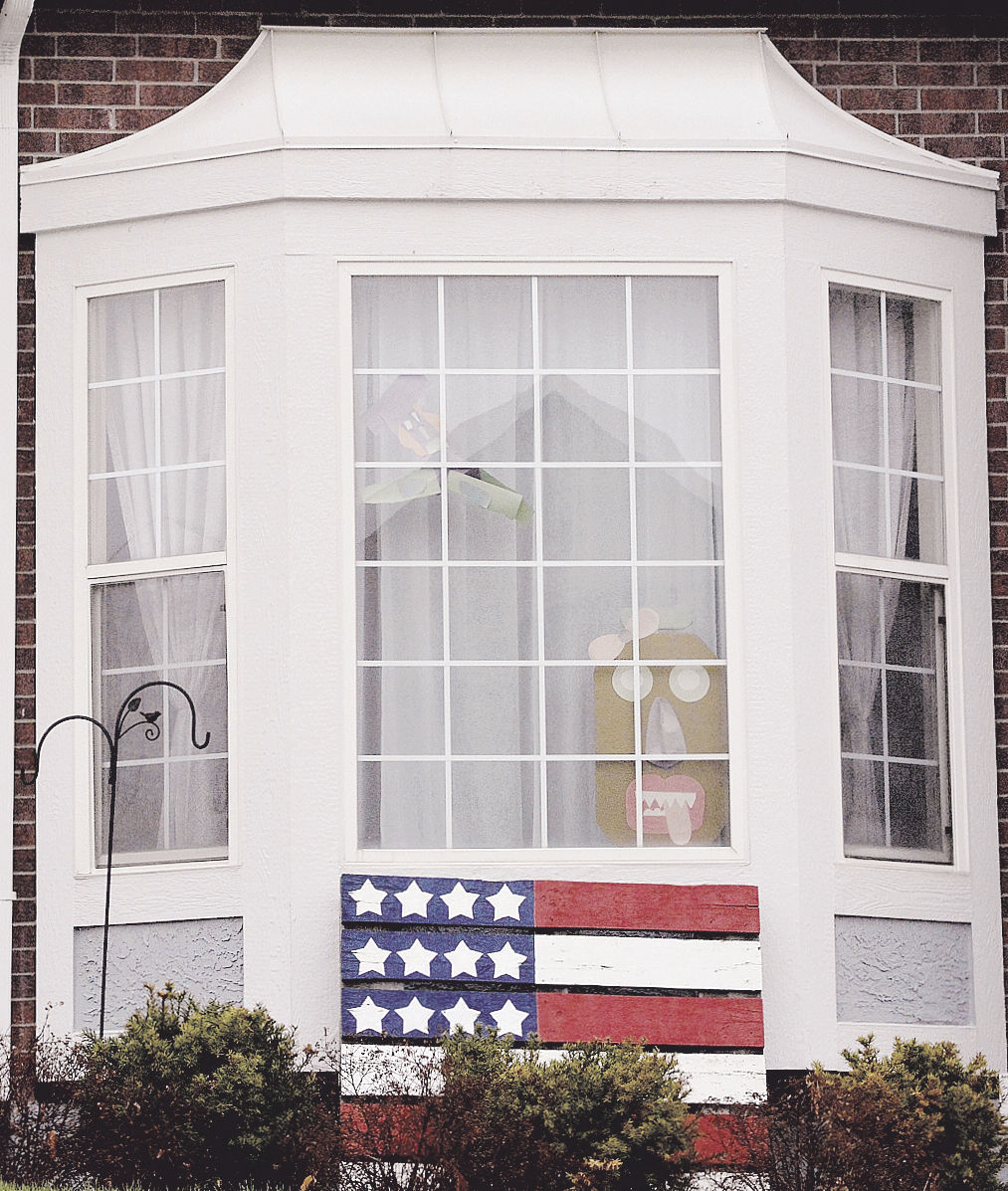 Here's an example of some window art visible from the sidewalks of Woodneath Farms. 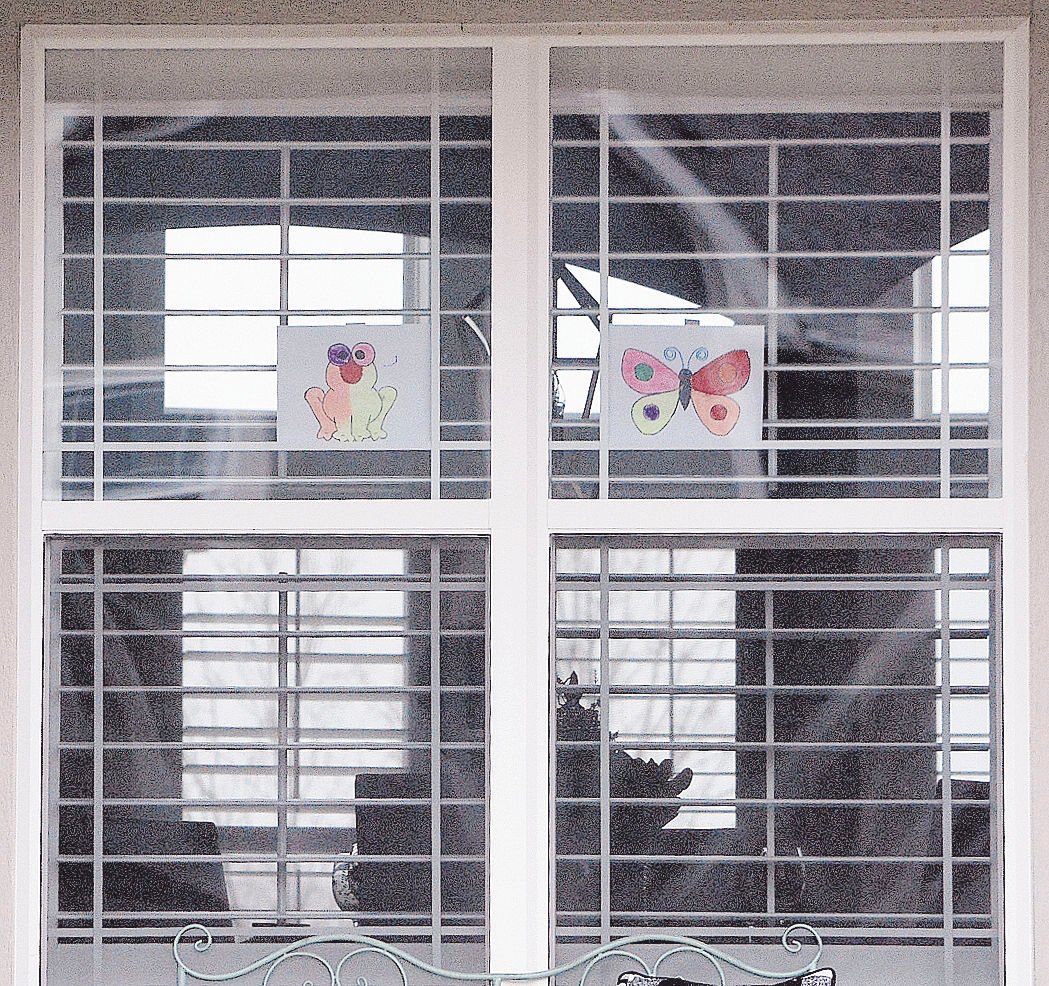 Even if the coloring is pages printed on the computer and colored in by the residents, they are on display for kids and families to find in Woodneath Farms.

Here's an example of some window art visible from the sidewalks of Woodneath Farms.

Even if the coloring is pages printed on the computer and colored in by the residents, they are on display for kids and families to find in Woodneath Farms.

KANSAS CITY NORTH — Residents of Woodneath Farms, between 89th and 96th streets west of Flintlock Road, have joined in a neighborhood window walk to beat some of the social distancing doldrums.

Window walks involve residents placing decorations in their windows for neighbors to see as they walk through the neighborhood.

It started with shamrocks on St. Patrick’s Day then silly faces on Friday, March 20. On Monday, March 23, it was animals and Thursday, March 26, encouraging words are planned. Participants will be putting up flowers Sunday, March 29. Jokes go up Wednesday, April 1, and Easter eggs on April 4.

Stephanie Johnson Graham said she can’t claim the idea as her own. Graham saw the positive idea with the walk and shared in on the Woodneath Farms Facebook page to gauge interest.

“Somebody else posted the Shamrock Walk a couple days before St. Pat’s on Instagram, and it was really fun and successful. When I saw that other neighborhoods were going to do more themes, I found one of their schedules and shared it,” she said.

Graham, an Alexander Doniphan fourth-grade teacher, said she had to do something at her own house when it comes to physical activity.

“I have two boys and I told them they would have PE daily if possible,” she said. “PE includes a walk.”

Since then, lots of families responded in the positive, she said.

“They jumped on board. I have seen even some of the neighbors who are older with no kids at home joining in. I even had an events group member who is trying to map out the homes that are participating.”

Her sons, 7 and 4, enjoy counting houses with artwork, Graham said..

“I was worried that my 4-year-old would struggle to walk far, but we had close to 20 nearby and that was great for him,” she said. “It’s almost like Halloween. The boys ran from house to house looking for the silly faces, animals and more.”

Graham said she has started a Google Hangout to help her students have a safe place to chat.

“I know kids of all ages are worried,” she said. “They aren’t seeing their friends, participating in their normal activities. I know for my sons, there’s no baseball. I want to encourage neighborhoods and families to search for ways to be positive. I also believe our students need to see that their teachers are OK.”