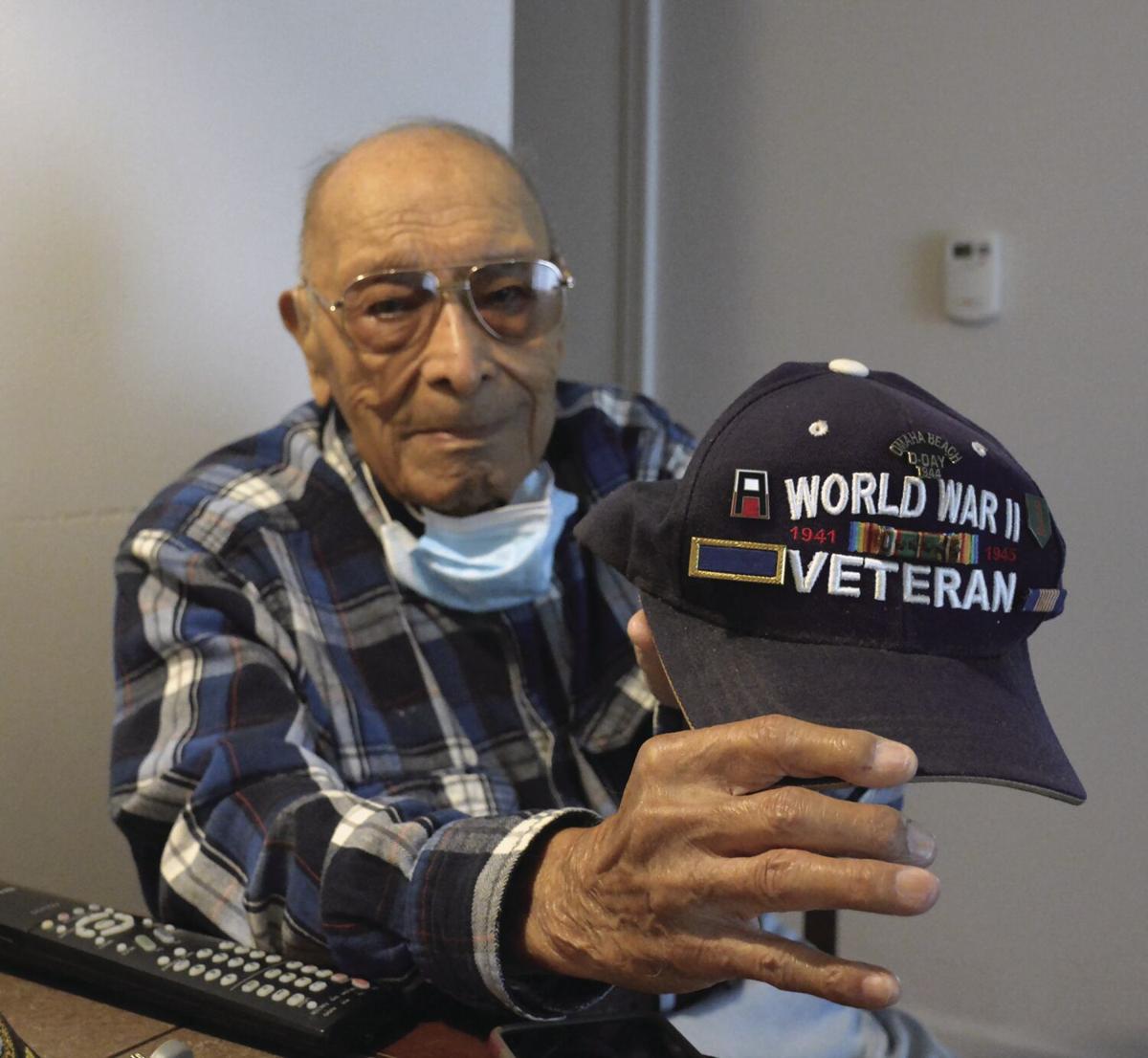 Amador Barbosa, a World War II vet, turned 100 years old Tuesday, Oct. 26. There was a celebration with friends and family at his current residence in Our Lady of Mercy Country Home. 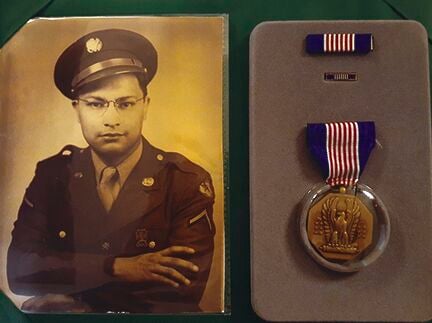 Barbosa was awarded a Good Conduct and Soldiers’ Medals as well as a Presidential Unit Citation Badge for his part in the invasion of Normandy in France during World War II.

Amador Barbosa, a World War II vet, turned 100 years old Tuesday, Oct. 26. There was a celebration with friends and family at his current residence in Our Lady of Mercy Country Home.

Barbosa was awarded a Good Conduct and Soldiers’ Medals as well as a Presidential Unit Citation Badge for his part in the invasion of Normandy in France during World War II.

LIBERTY — Amador Barbosa turned 100 years old Tuesday, Oct. 26. There was a celebration with friends and family at his current residence, Our Lady of Mercy Country Home.

Barbosa is all smiles and shrugs as he thinks about hitting the century mark.

In the hallway, a bright red scooter sits waiting for its owner. Barbosa said he has to enjoy those wheels now.

“I drove until I was 97,” he said. “My son took my keys. I miss it, I went everywhere. I love to drive. I have to settle for the chariot in the hall.”

The driving loss was said in jest as Barbosa understands that he has aged.

Barbosa takes some medication, but he eats what he wants. His parents, who came from the Mexican state of Guanajuato, instilled a love of fresh foods and freshly-prepared dishes.

“My parents ran the city’s first Mexican restaurant,” he said. “There were lots of favorite meals. I learned Mexican from my parents. Italian from the neighbors we lived next to and my second wife and I explored improving recipes over the years.”

After graduation Barbosa spent roughly two years working in an aluminum factory, until he was drafted into the Army on Jan. 8, 1942, at the age of 21.

Before military service, he attended Manuel High School and was a varsity letterman in swimming, a skill that would later help him during the D-Day invasion.

Barbosa is a World War II veteran who bravely landed on the Normandy beach June 6, 1944. He was knocked flat three times by incoming German bombs at Omaha Beach.

His primary and possibly lethal responsibility during the war was to clear mines and unexploded devices as well as trudge through combat lines with 30 pounds of dynamite strapped to his back as a combat engineer with the 112th.

Barbosa remembers struggling to wade ashore as he helped one of his fellow soldiers onto the beach. But Barbosa, like thousands of other Americans that day, surged ahead in the landmark Allied victory of World War II.

After Normandy, his battalion headed into northern France near the front lines, where their daily duties were rigorous, including guarding prisoners and clearing away more mines. He ended up fighting in the Battle of the Bulge.

Barbosa was awarded a Good Conduct and Soldiers’ Medals as well as a Presidential Unit Citation Badge for his part in the invasion of Normandy.

He was honorably discharged on Oct. 26, 1945, as a private first class and returned to the states to work for the same business that employed him before the draft. The company had switched from aluminum to plastic manufacturing as many companies decided to move to plastics during the war.

“I started at the bottom and then worked to the top as a lead tool and mold maker,” he said. “I even did some experimental work with other companies. They didn’t want me to retire.”

But after retirement, Barbosa spent much of his retirement giving to several American Legion posts.

Married twice, Barbosa has two children, Florence and Edward. He has several grandchildren and great-grandchildren.

“In my life, I like to make people happy,” he said. “My faith is important to me. I believe in being kind. I also aimed to help others improve what they are doing. If I could give people a push, I would.”