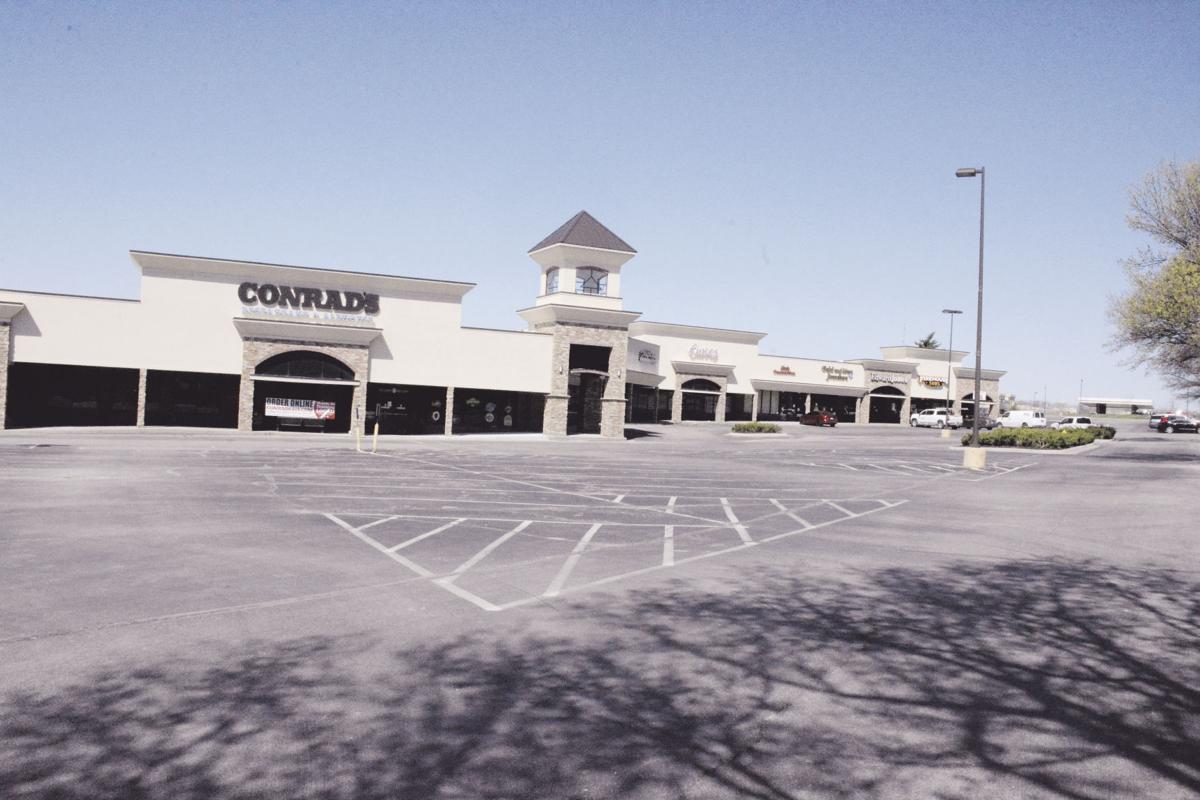 CONRAD’S Restaurant & Alehouse owner Shawn Barber, like other restaurant owners, has closed the dining room because of COVID-19. However, his restaurants, which  include Stable's Grill in Kearney, continue to offer orders for carryout. 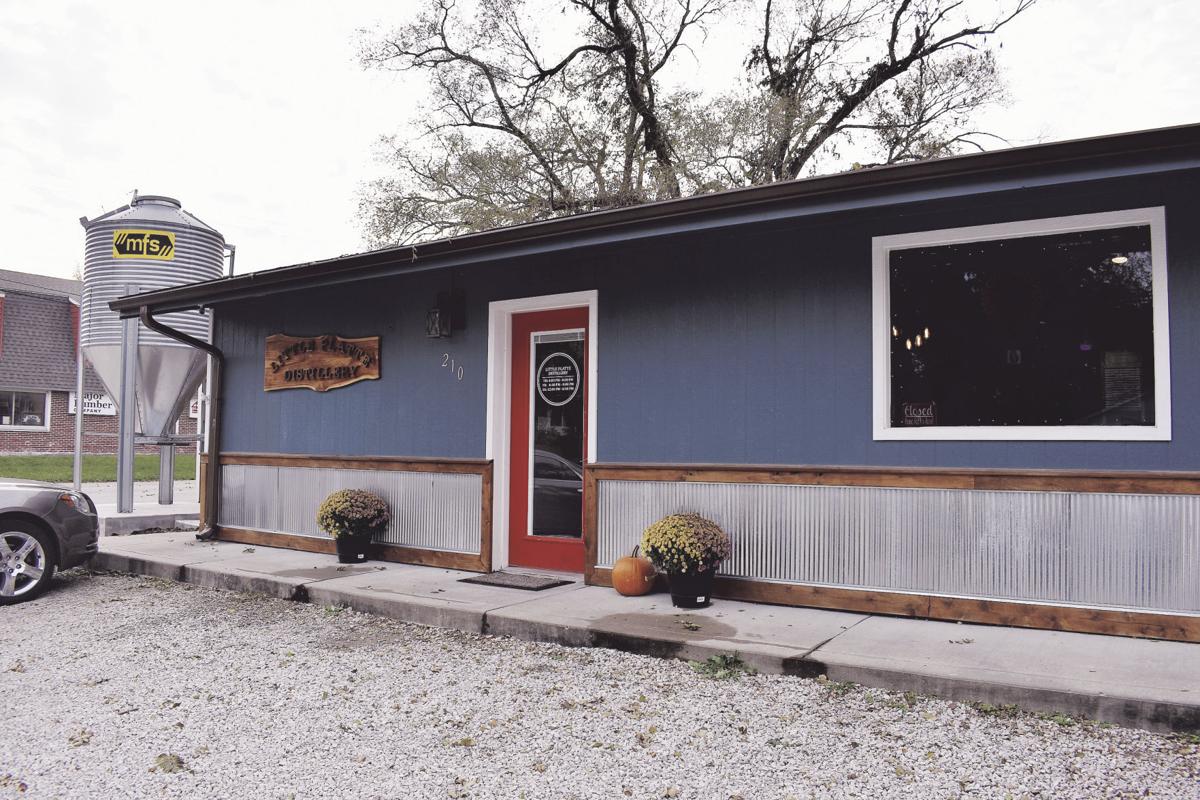 Darold Davis says his Little Platte Distillery in Smithville is basically shut down due to the pandemic and stay-at-home orders. All the employees have applied for unemployment and orders for bottles of moonshine are sold online for Saturday pickups. 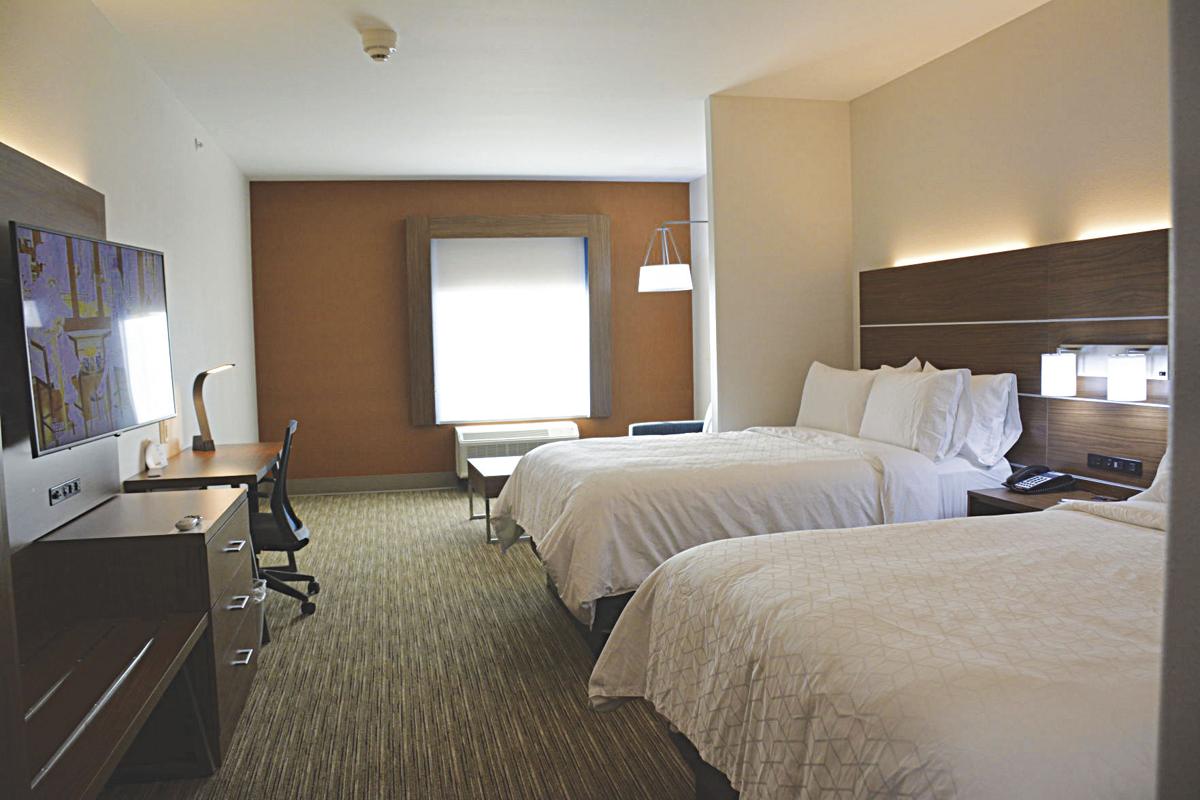 In the 80-room Holiday Inn Express off Watson Drive in Kearney, a majority of the rooms, owner Harry Patel says, are going vacant as stay-home orders have halted the hospitality industry.

CONRAD’S Restaurant & Alehouse owner Shawn Barber, like other restaurant owners, has closed the dining room because of COVID-19. However, his restaurants, which  include Stable's Grill in Kearney, continue to offer orders for carryout.

Darold Davis says his Little Platte Distillery in Smithville is basically shut down due to the pandemic and stay-at-home orders. All the employees have applied for unemployment and orders for bottles of moonshine are sold online for Saturday pickups.

In the 80-room Holiday Inn Express off Watson Drive in Kearney, a majority of the rooms, owner Harry Patel says, are going vacant as stay-home orders have halted the hospitality industry.

Editor’s Note: This is one story in a series that sheds light on the local economic impact of the novel coronavirus and related shutdowns on Northland industries.

CLAY COUNTY — Harry Patel, owner of Holiday Inn Express and SureStay Plus hotels in Kearney along with another hotel near Worlds of Fun in Kansas City and one under construction in Liberty, said the hospitality industry has been one of the hardest economically hit during the COVID-19 crisis and related economic shutdown.

Currently, his properties are at 5 to 7% occupancy, which equates to 10 rooms or less reserved each day in the last 45 days. With hundreds of rooms going vacant, the economic impact is devastating, he said, making it hard to make ends meet.

“We’re trying and we’re going to see how long this COVID-19 lasts, but at some point, something has to change because you can only afford so much,” he said, adding he has received federal Paycheck Protection Programs loans and was able to defer payments on some bills by working with his local bank, but it’s not enough to keep businesses open or employees on staff.

“We may have to give up. If there is no money coming, no revenue, we can’t stay open,” he said. “I am trying to keep everybody... . They have a family and they are depending on us. … I kept all the staff members, but did have to cut some hours.”

Patel said city and county governments should do more to help businesses like offering tax breaks during these difficult times.

The hotel owner said he reached out to Clay County to see if a property tax break was available and was told no. He also reached out to Kansas City to ask if it could offer a break on tourism and related taxes, but that too was to no avail. Cities also, he said, told him there was no break to be had on payment of sales taxes and that penalties would be assessed if they were not paid on time.

As a regular taxpayer of tourism and arena taxes in Kansas City for 15 years, Patel said he is dismayed that those taxes are still being leveled when there are no arena events taking place and no tourism.“Where are we going to get the money from? The cycle has been completely stopped. If there is no money coming in, we can’t pay the bills,” he said.

Darold Davis, co-owner of Little Platte Distillery in Smithville, said since stay-at-home orders were issued, the business has all but shut down.

“We basically shut down every source of revenue except for the occasional bottle sale that we are doing online with Saturday pickups,” he said. “We only have someone here one day a week.”

In addition to shutting down moonshine production, for a short time the distillery did pivot it’s production model, but for community service, not profit. The distillery made about 1,500 bottles of hand sanitizer.

Having distributed to local restaurants doing carryout, police and the Smithville Area Fire Protection District, Davis said now customers are getting bottles of sanitizer with purchases.

“We made a second batch that we split with Ladoga Ridge Winery,” Davis explained. “Ladoga and ourselves are doing curbside sales of bottles of our products and giving hand sanitizer away for free to customers who are buying our product.”

Davis added because sales are done online, no money is exchanged at the distillery and products are brought out to customers’ cars, keeping everyone safe. What little sales the downtown Smithville attraction has, Davis said, aren’t enough to keep his business afloat long-term. All his staff have gone on unemployment. If the business isn’t able to open up again soon, he said, the distillery may go under.

“We don’t have any revenue to replace what’s missing,” Davis said. “We still have county, state and city licenses to pay, we have federal licenses to pay. We have insurance, bills don’t stop. The utilities for the building, that stuff will eventually drain us and put us out of business.”

While people are receiving stimulus checks from the federal government, Davis said he doesn’t think they have helped small businesses in Smithville.

“The stimulus was meant to replace your workers’ salary and our workers all went on unemployment,” Davis said. “They are actually making more on unemployment with the extra $600 a week so it was a no-brainer.”

Programs like the Paycheck Protection federal offerings he said, aren’t much help either as they are loans that some businesses can’t afford to pay back.

“I don’t want to take out a loan we aren’t able to pay back. There is just no guarantee,” he said.

Shawn Barber, president and co-founder of CONRAD’S and Stables restaurants in Liberty and Kearney, said people’s moods and attitudes are different during this uncertain time, but they want to keep local businesses alive.

“We are running on a minimal staff so our business model changed,” he said. “Team members who want to work have been given the hours, especially those who need it. However, we are down 60% in staff. We feel comfortable that when this ends, the majority will come back.”

Barber said the two restaurants minimized menus, but favorites are still being sold.One feature of the business at CONRAD’s and Stables that has been significantly impacted is private events. With COVID-19 and social distancing, party rentals are not occurring.

“It’s sad because we had so many on the books such as graduation parties for high schoolers and college students. They are being canceled or rescheduled,” he said.

Barber said the food and beverage industry is one of evolving trends, especially for those that are nonchain independents.

“We don’t have the buying power of those chains and we are juggling. We are constantly trying to stay relevant with answering the demands of what communities want,” he said. “I truly feel like the new normal is yet to be defined. However, we feel blessed with the community support.”