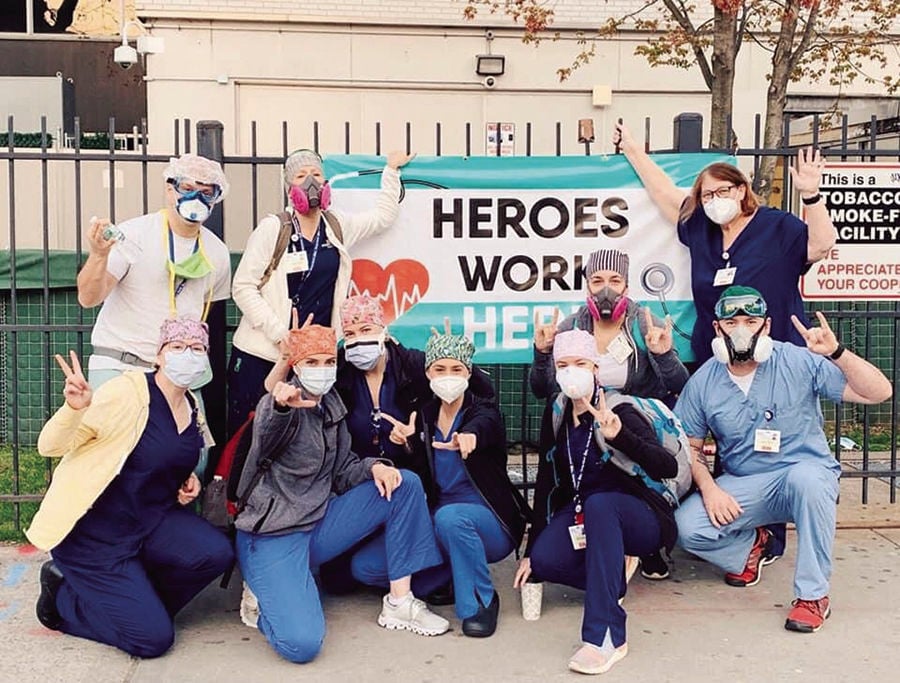 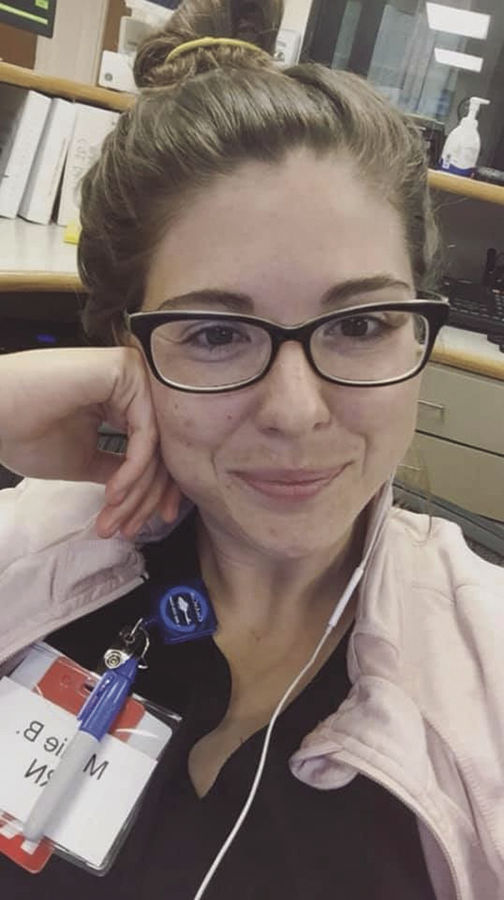 Mollie Brown, a 2009 Liberty High School graduate, is now a nurse who travels as part of her job. She took a 21-day assignment in New York to help out one of the hardest hit areas affected by COVID-19.

Mollie Brown, a 2009 Liberty High School graduate, is now a nurse who travels as part of her job. She took a 21-day assignment in New York to help out one of the hardest hit areas affected by COVID-19.

Nurses, like doctors, take an oath to help others, which includes devoting themselves to those individuals’ welfare, even in times of fear and unknown such as the current COVID-19 pandemic.

Mollie Brown, a 2009 Liberty High School graduate who earned her bachelor of science in nursing from Avila University, spent 21 days in New York City, serving at the Coney Island Hospital.

The decision to leave home for her career, Brown said, wasn’t hard to make.

“I work as a travel nurse and I was finishing up a contract in Arkansas,” she explained. “It’s usually a 13-week contract, and when I fulfill the contract, I can then chose where I want to go. I have gone to a children’s hospital in Phoenix to be near spring training games. There is a nursing shortage across the board, so hospitals will bring in travel nurses. I get the chance to travel.”

However, the decision to go to New York came with Crucial Staffing, a Kansas City-based crisis company that often deploys nurses after disasters such as hurricanes. Brown said she understood the need for nurses and they were seeking 400 for deployment.

“It was a quick turnaround,” she said. “I talked to the staffing folks the Friday before Easter and I was in New York by Easter.”

For a couple of days, Brown was thrust into prehospital orientation, then orientation and mask fitting. She then shadowed another nurse. Within days, she was fully entrenched in an intensive care unit.

“We ended up turning a pediatric unit into an ICU,” Brown said. “Every single patient I dealt with minus one had COVID. We had patients stay for weeks. I know that by the second week that I was there, things started to slow down, but we were putting multiple patients anywhere we could.”

Brown said when she left three weeks later, the ICU was still full.

“People would come in with some symptoms, but they would be really bad the next day,” she said. “We had a 44-year-old man that was requiring a lot of oxygen and was on a PiPAP machine. By the next night, he needed a breathing tube. He was tired. Some patients it would happen quicker as to how they needed help. One patient was still there when I left. He is a diabetic and was healing much slower.”

Many of the patients Brown saw spent weeks on a ventilator.

“Unfortunately, we experienced a lot of death,” Brown said. “The nurses, doctors and patients needed us. They were dealing with a lot of PTSD and their staff needed a break. They were seeing death around them and then finding themselves sick as well as their families.”

Despite the hardships, Brown said experiencing New Yorkers applauding and cheering for herself and other health care workers was a special moment.

“It was my 21st day and we were bused to work,” she said. “The driver stopped by Battery Park so we could see the Statue of Liberty. As our group was walking, New Yorkers were clapping and cheering for us. They were appreciative. It was a nice day. We were in our scrubs and people were on park benches or walking. It was nice.”

While Brown would return in a heartbeat, she is now recovering from COVID herself and taking the rest of May off.

“I am hopeful that in the Midwest we won’t experience to the magnitude of what I saw in New York,” the nurse said. “People need to be cautious as there is no cure or vaccine. I know there are people who see it was overplayed. The last thing we want to see here is to see it to the level as what I saw in the Northeast.”