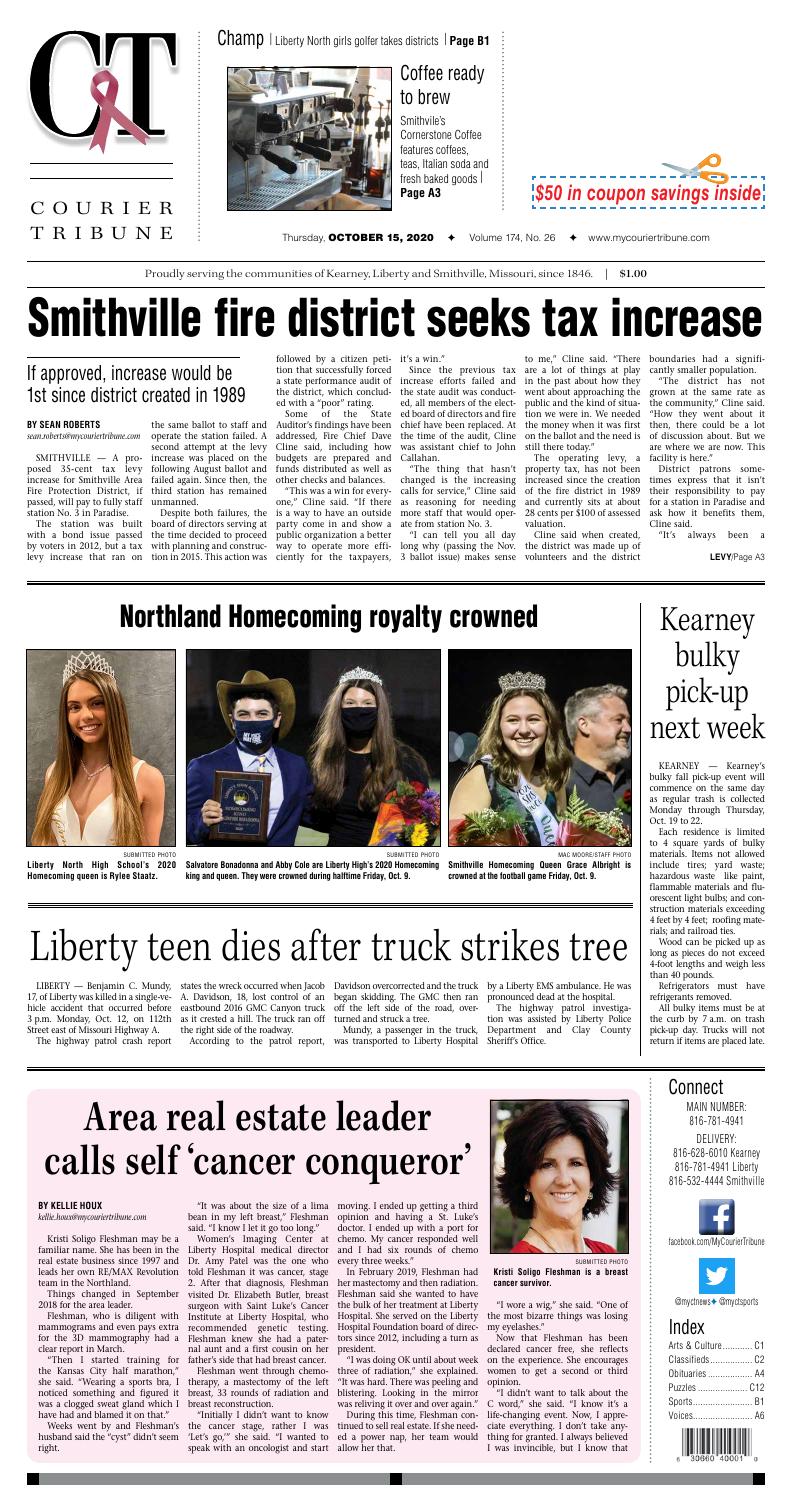 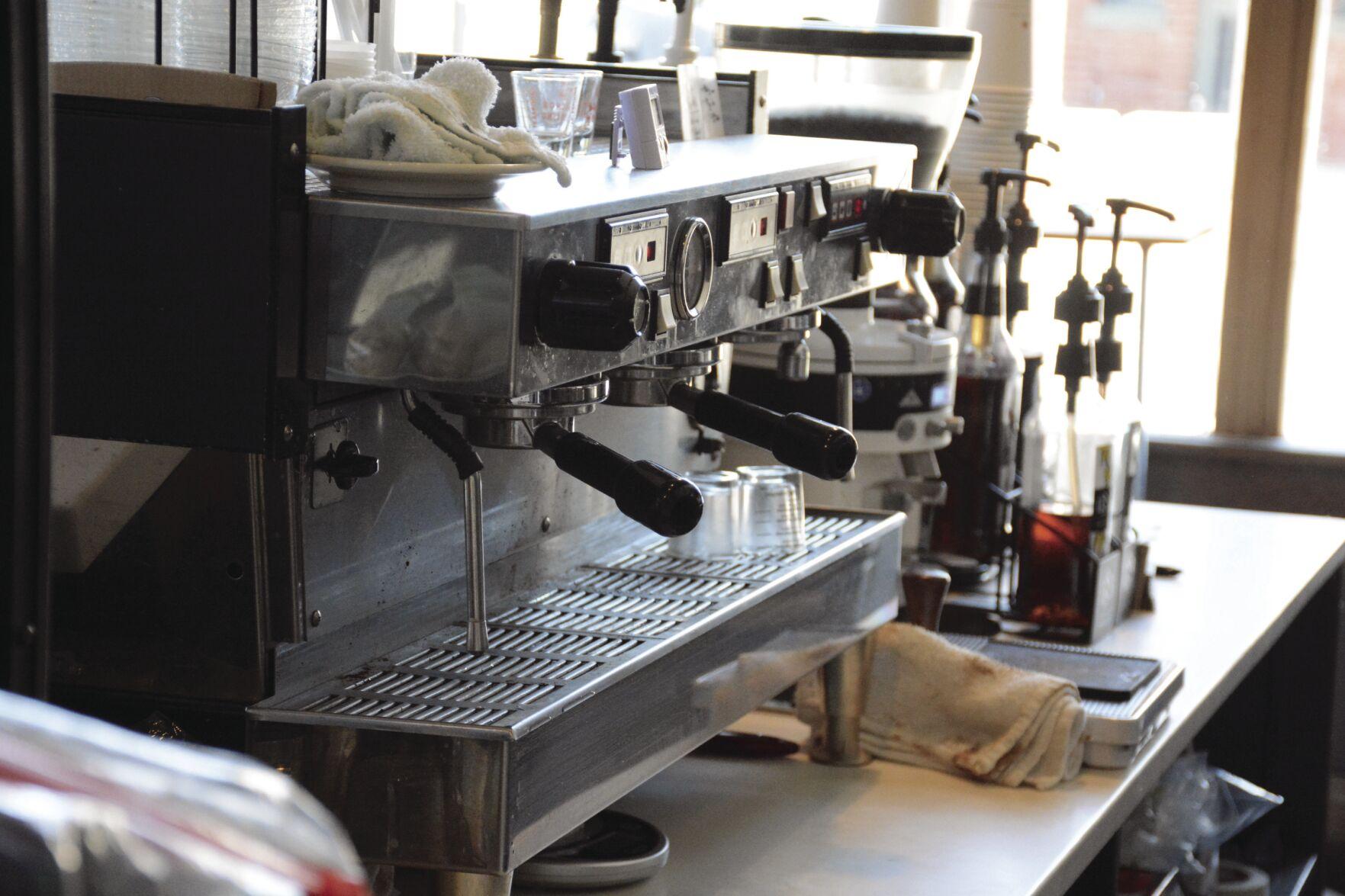 Smithville fire district Station No. 3, located at 18135 Collins Road, is equipped but not staffed after previous ballot efforts to fund personnel were voted down by district patrons. The district again seeks a tax increase this year, on the November ballot, to staff the station.

The station was built with a bond issue passed by voters in 2012, but a tax levy increase that ran on the same ballot to staff and operate the station failed. A second attempt at the levy increase was placed on the following August ballot and failed again. Since then, the third station has remained unmanned.

Despite both failures, the board of directors serving at the time decided to proceed with planning and construction in 2015. This action was followed by a citizen petition that successfully forced a state performance audit of the district, which concluded with a “poor” rating.

Some of the State Auditor’s findings have been addressed, Fire Chief Dave Cline said, including how budgets are prepared and funds distributed as well as other checks and balances.

“This was a win for everyone,” Cline said. “If there is a way to have an outside party come in and show a public organization a better way to operate more efficiently for the taxpayers, it’s a win.”

Since the previous tax increase efforts failed and the state audit was conducted, all members of the elected board of directors and fire chief have been replaced. At the time of the audit, Cline was assistant chief to John Callahan.

“The thing that hasn’t changed is the increasing calls for service,” Cline said as reasoning for needing more staff that would operate from station No. 3.

“I can tell you all day long why (passing the Nov. 3 ballot issue) makes sense to me,” Cline said. “There are a lot of things at play in the past about how they went about approaching the public and the kind of situation we were in. We needed the money when it was first on the ballot and the need is still there today.”

The operating levy, a property tax, has not been increased since the creation of the fire district in 1989 and currently sits at about 28 cents per $100 of assessed valuation.

Cline said when created, the district was made up of volunteers and the district boundaries had a significantly smaller population.

“The district has not grown at the same rate as the community,” Cline said. “How they went about it then, there could be a lot of discussion about. But we are where we are now. This facility is here.”

District patrons sometimes express that it isn’t their responsibility to pay for a station in Paradise and ask how it benefits them, Cline said.

“It’s always been a consideration of the public,” Cline said. “We only have one (fully staffed fire truck districtwide at any given time). And, with 20% of our calls being (in the area of station No. 3), if we are here and are needed somewhere else, it’s a longer response time. If I’m responding to a call out here and am needed to respond to Forrest Oaks subdivision, everyone thinks lights and sirens get us there sooner. They do help, but that is still a 20- to 25-minute drive. (Having a second fully staffed fire truck from passage of a tax levy increase) will not solve all our problems, but you will still have two trucks in the 112 square mile area instead of one.”

Areas that would be in the first response area for station No. 3 include subdivisions of Harbor Lake, Rollins Landing, Wild Flower, Diamond Crest, Clay Creek and some new townhomes being built at Missouri Highway W and U.S. Highway 169, as well as Eagle Heights Elementary School.

Currently, there are three to four firefighters per shift. Cline said for a structure fire, industry standard for response is 18 firefighters. When SAFPD responds they also have to call in help from surrounding communities because of a lack of needed staff.

If passed, district personnel would grow a bit at a time. Cline said funds wouldn’t be collected until the 2021 property taxes schedule, with the additional tax revenue flowing to district coffers in 2022.

Cline said the district would probably hire three to four staff per year while also training exisiting staff for leadership positions until a total of 12 additional staff are hired.

The district, if funding is approved, expects to have the station open in 2025.

“We can’t keep pace with the needs of the district,” Cline said, “and we need to expand to meet the demands of the public.” 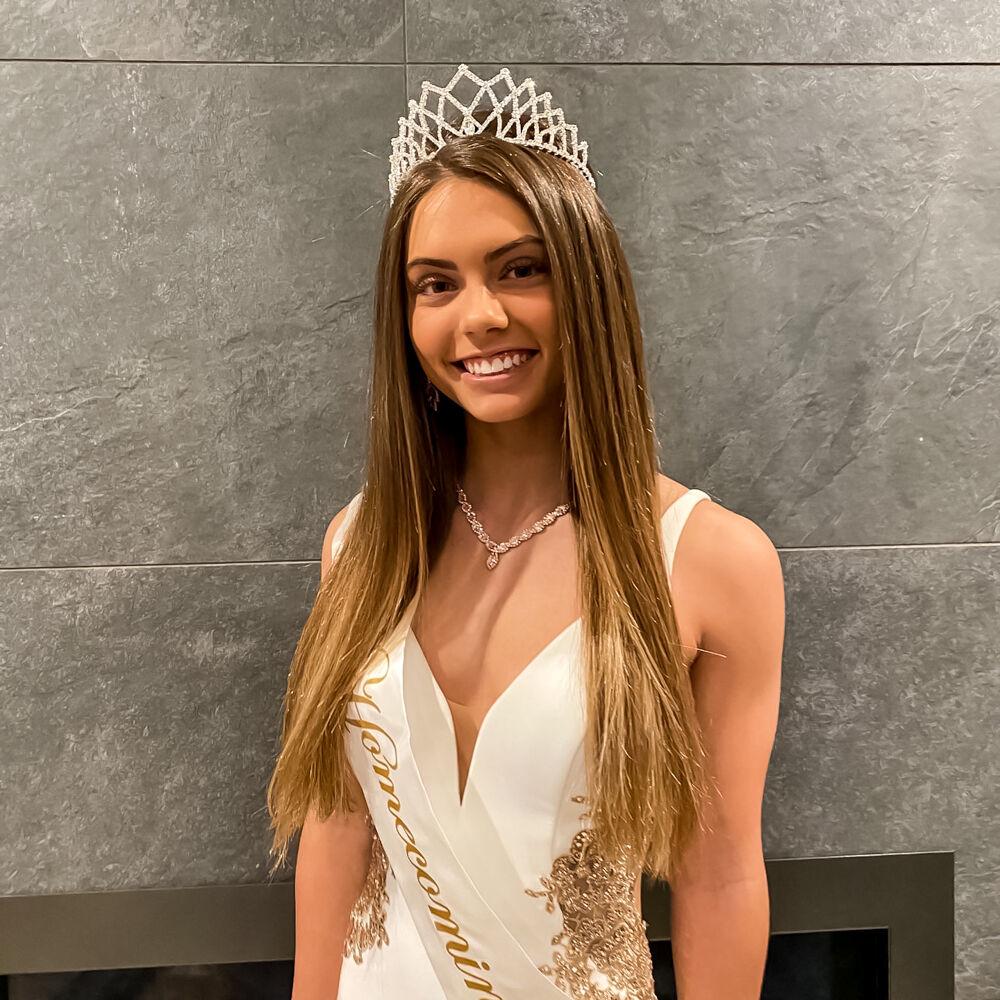 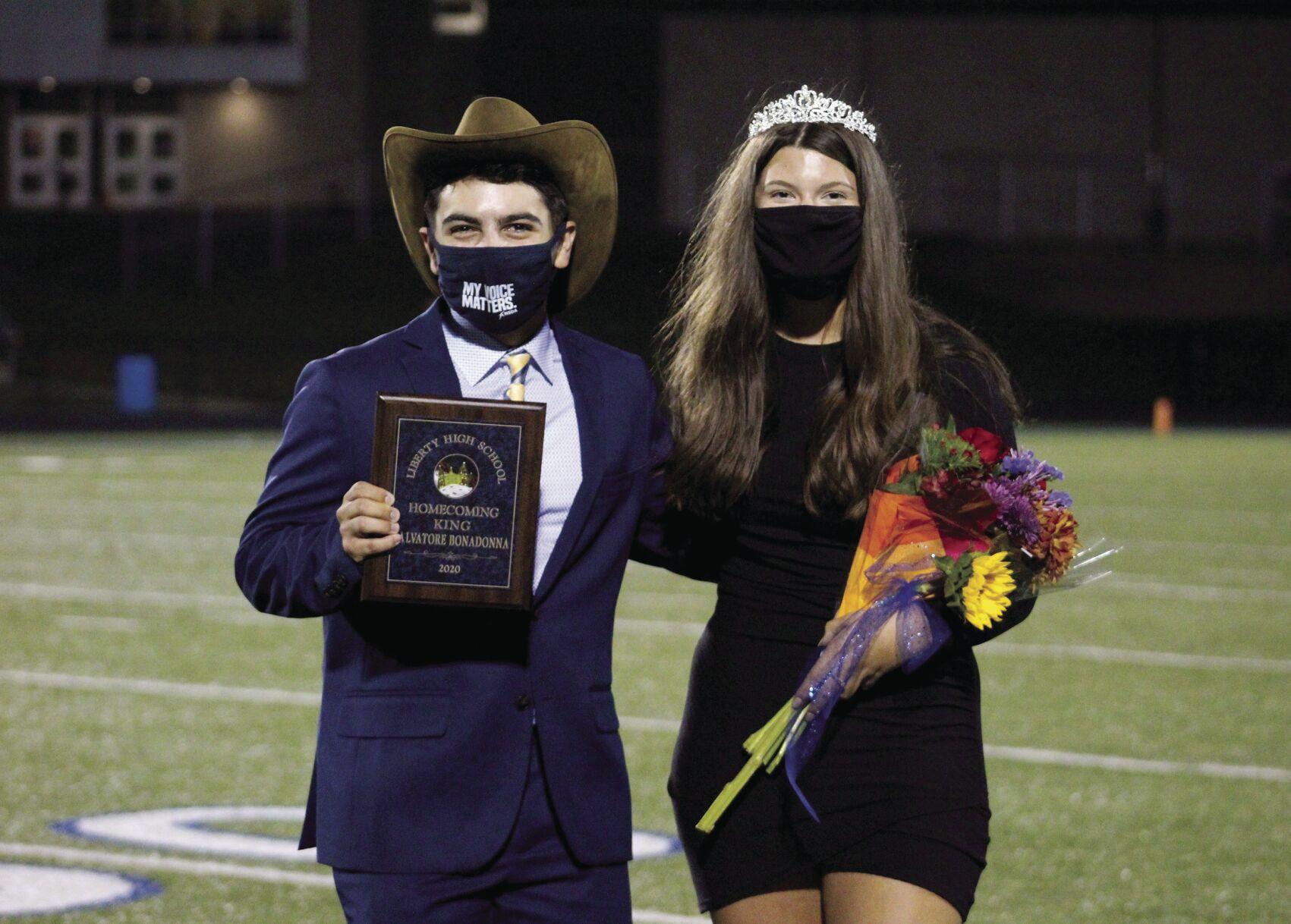 Salvatore Bonadonna and Abby Cole are Liberty High’s 2020 Homecoming king and queen. They were crowned during halftime Friday, Oct. 9.

LIBERTY — Benjamin C. Mundy, 17, of Liberty was killed in a single-vehicle accident that occurred before 3 p.m. Monday, Oct. 12, on 112th Street east of Missouri Highway A.

The highway patrol crash report states the wreck occurred when Jacob A. Davidson, 18, lost control of an eastbound 2016 GMC Canyon truck as it crested a hill. The truck ran off the right side of the roadway.

According to the patrol report, Davidson overcorrected and the truck began skidding. The GMC then ran off the left side of the road, overturned and struck a tree.

Mundy, a passenger in the truck, was transported to Liberty Hospital by a Liberty EMS ambulance. He was pronounced dead at the hospital. 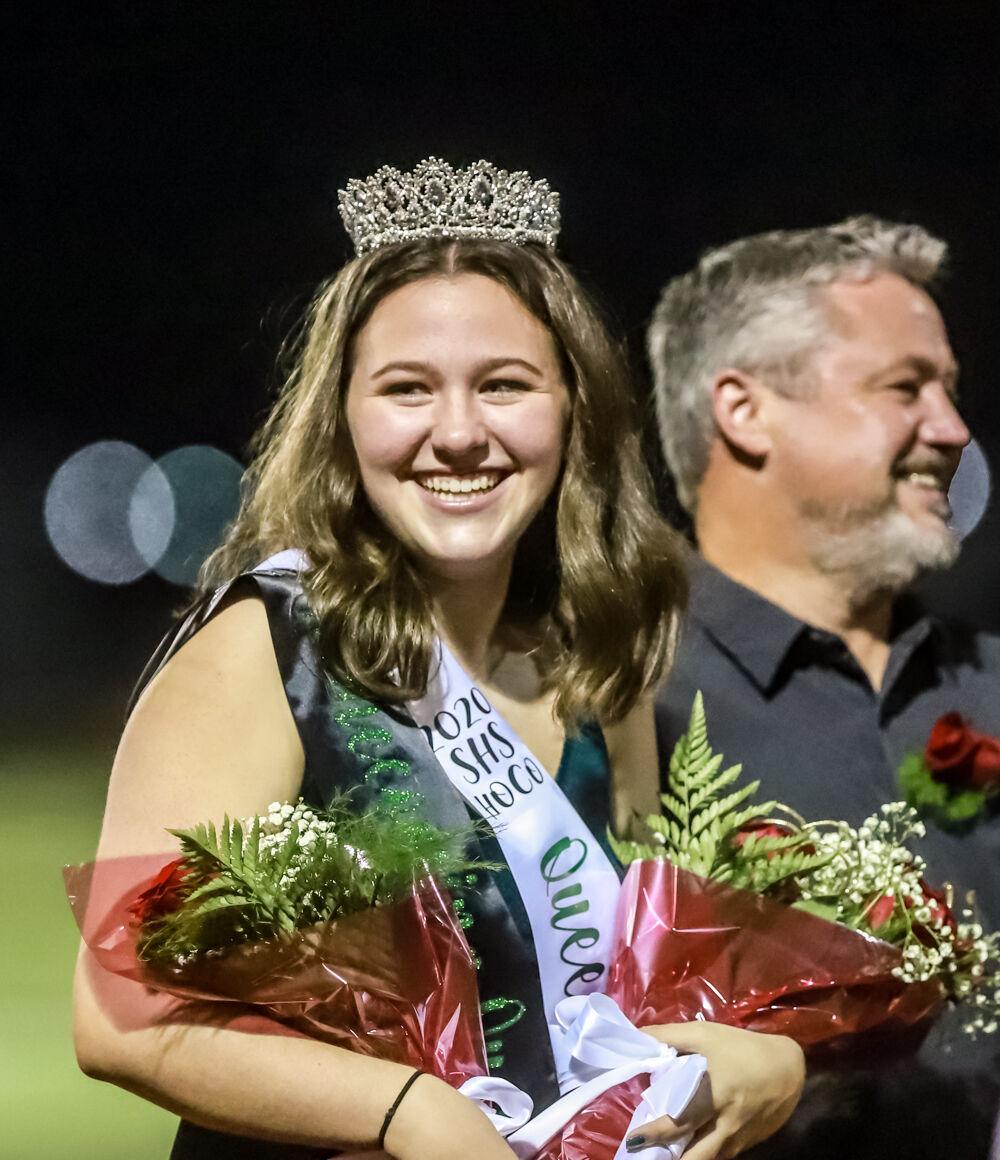 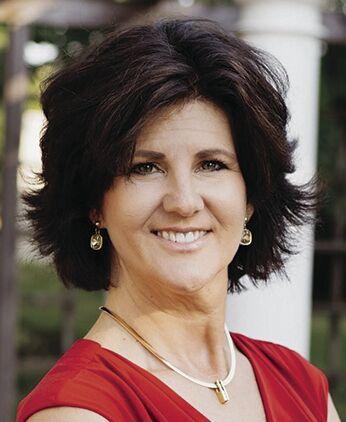 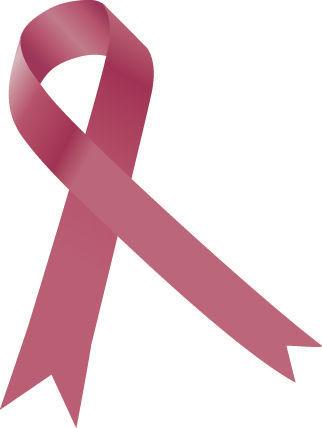 KEARNEY — Kearney’s bulky fall pick-up event will commence on the same day as regular trash is collected Monday through Thursday, Oct. 19 to 22.

Wood can be picked up as long as pieces do not exceed 4-foot lengths and weigh less than 40 pounds.

Refrigerators must have refrigerants removed.

All bulky items must be at the curb by 7 a.m. on trash pick-up day. Trucks will not return if items are placed late. 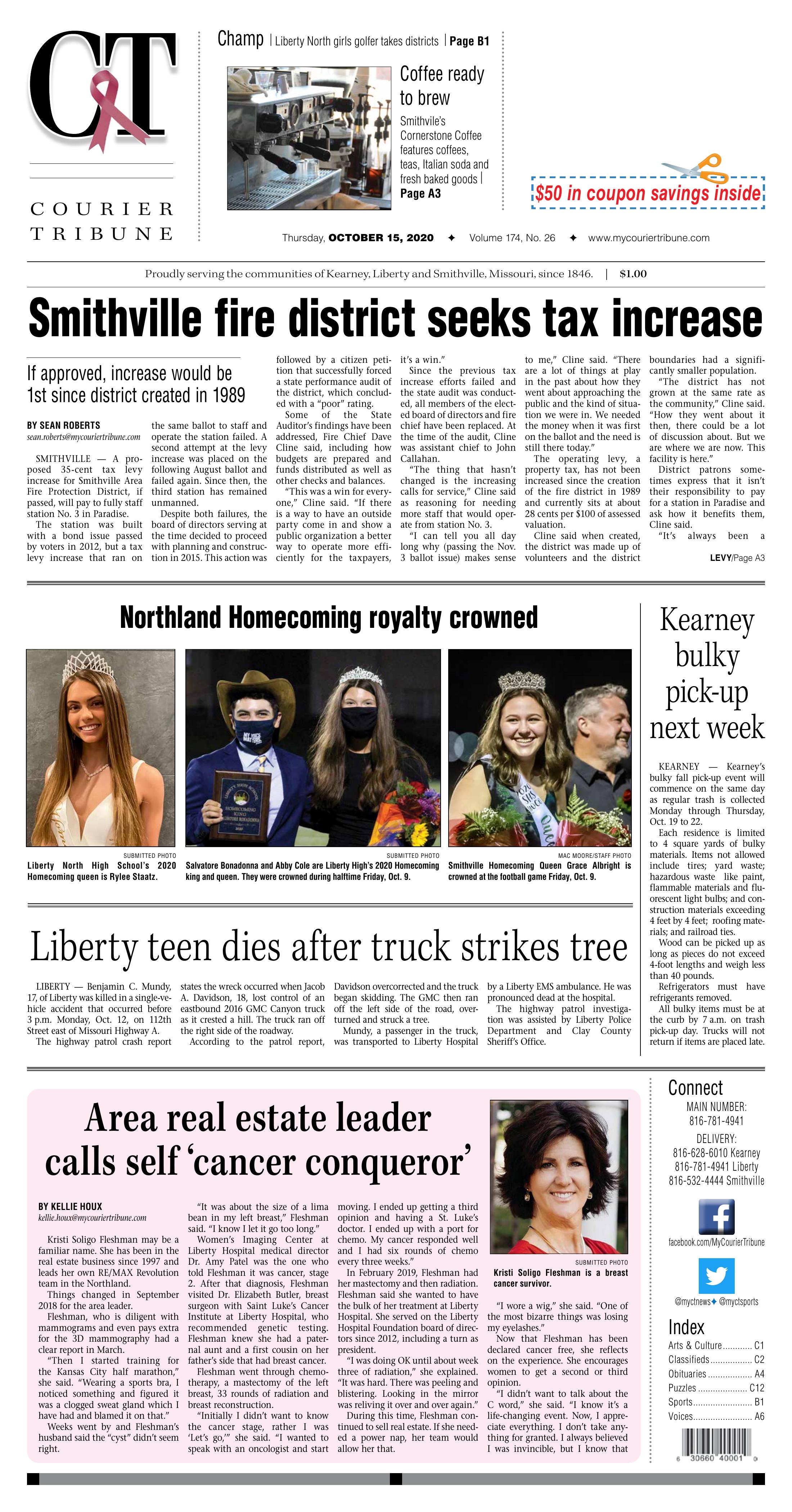