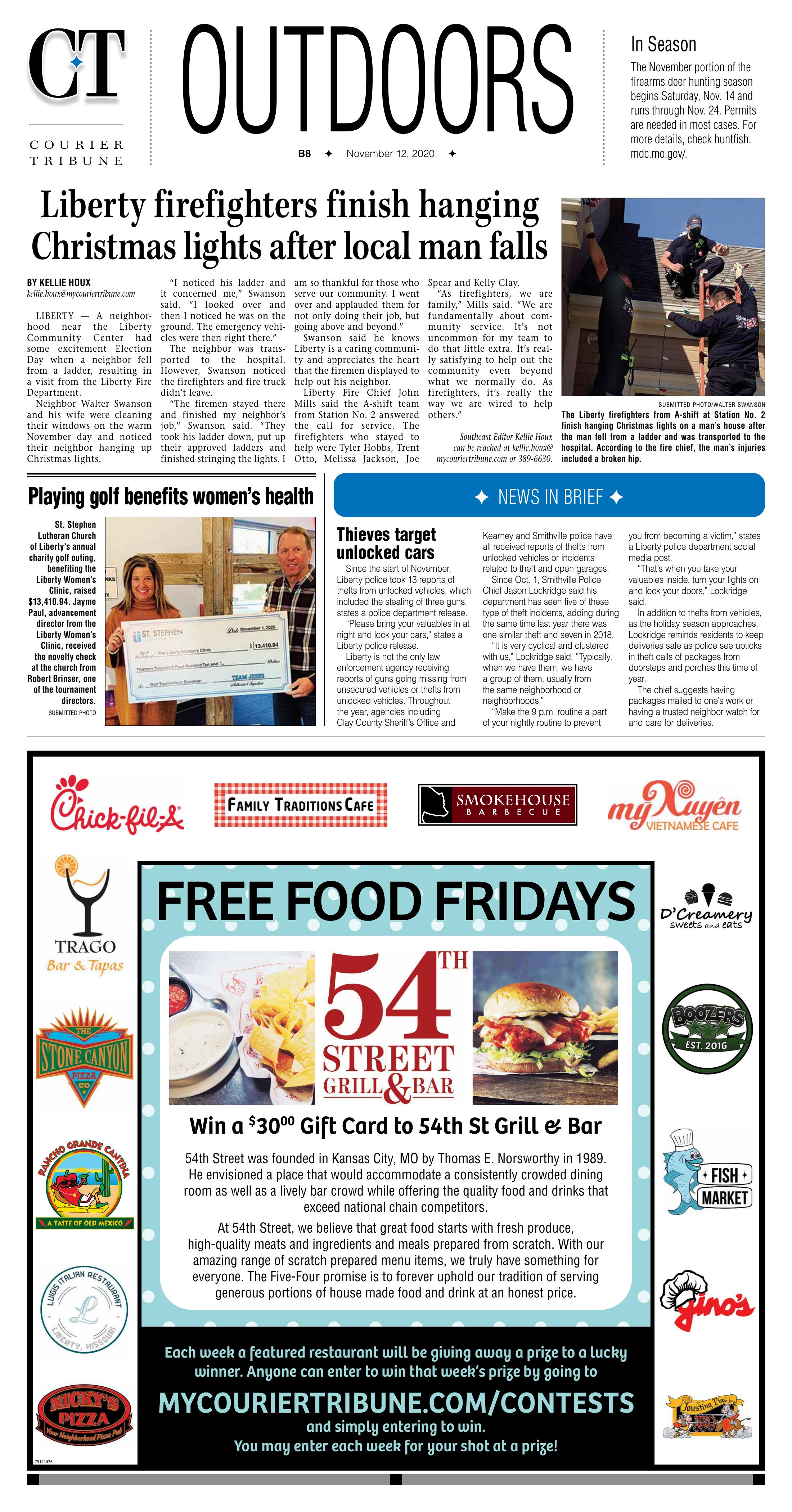 The Liberty firefighters from A-shift at Station No. 2 finish hanging Christmas lights on a man’s house after the man fell from a ladder and was transported to the hospital. According to the fire chief, the man’s injuries included a broken hip.

LIBERTY — A neighborhood near the Liberty Community Center had some excitement Election Day when a neighbor fell from a ladder, resulting in a visit from the Liberty Fire Department.

Neighbor Walter Swanson and his wife were cleaning their windows on the warm November day and noticed their neighbor hanging up Christmas lights.

“I noticed his ladder and it concerned me,” Swanson said. “I looked over and then I noticed he was on the ground. The emergency vehicles were then right there.”

The neighbor was transported to the hospital. However, Swanson noticed the firefighters and fire truck didn’t leave.

“The firemen stayed there and finished my neighbor’s job,” Swanson said. “They took his ladder down, put up their approved ladders and finished stringing the lights. I am so thankful for those who serve our community. I went over and applauded them for not only doing their job, but going above and beyond.”

Swanson said he knows Liberty is a caring community and appreciates the heart that the firemen displayed to help out his neighbor.

“As firefighters, we are family,” Mills said. “We are fundamentally about community service. It’s not uncommon for my team to do that little extra. It’s really satisfying to help out the community even beyond what we normally do. As firefighters, it’s really the way we are wired to help others.”

Since the start of November, Liberty police took 13 reports of thefts from unlocked vehicles, which included the stealing of three guns, states a police department release.

“Please bring your valuables in at night and lock your cars,” states a Liberty police release.

Since Oct. 1, Smithville Police Chief Jason Lockridge said his department has seen five of these type of theft incidents, adding during the same time last year there was one similar theft and seven in 2018.

“It is very cyclical and clustered with us,” Lockridge said. “Typically, when we have them, we have a group of them, usually from the same neighborhood or neighborhoods.”

“Make the 9 p.m. routine a part of your nightly routine to prevent you from becoming a victim,” states a Liberty police department social media release.

“That’s when you take your valuables inside, turn your lights on and lock your doors,” Lockridge said.

In addition to thefts from vehicles, as the holiday season approaches, Lockridge reminds residents to keep deliveries safe as police see upticks in theft calls of packages from doorsteps and porches this time of year.

The chief suggests having packages mailed to one’s office or have a trusted neighbor watch for and care for deliveries. 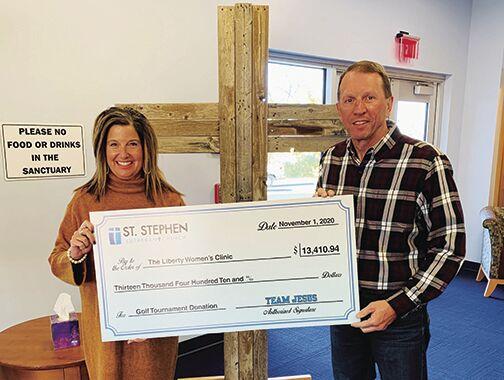