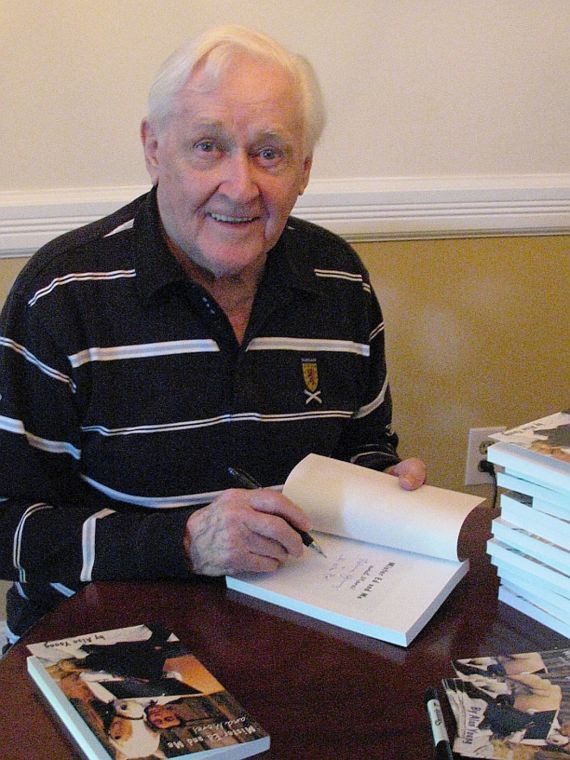 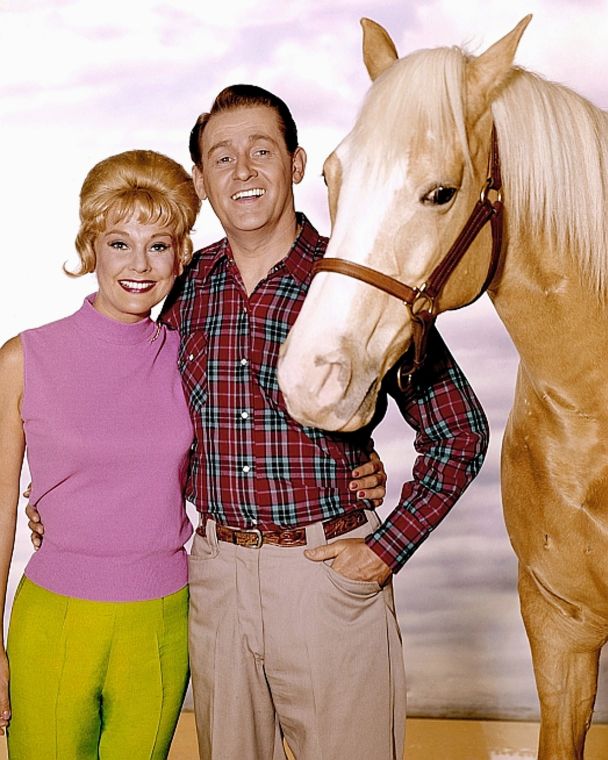 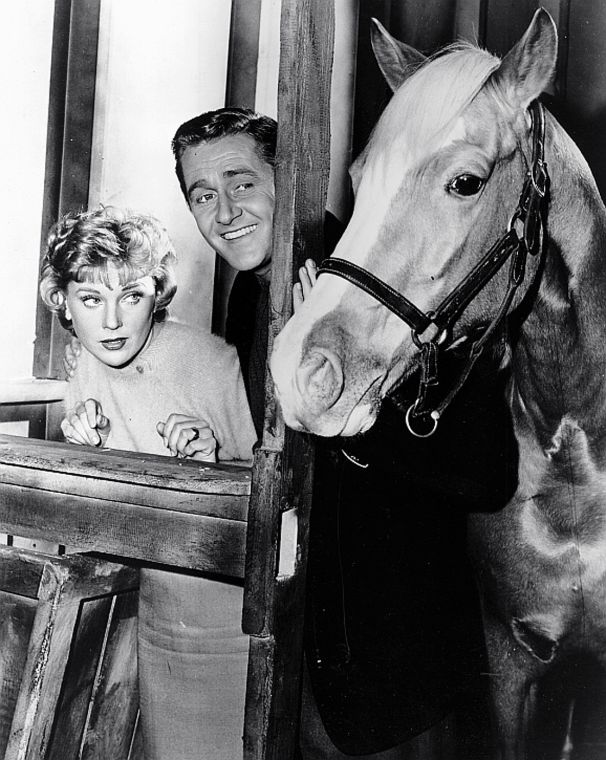 What do David Filby, Scrooge McDuck, and Wilbur Post have in common? All were characters (“The Time Machine,” “DuckTales,” “Mister Ed,” respectively) played by actor Alan Young.

A resident of Studio City, Calif., for over 50 years Angus, as he was once known, was born in Northern England. His Scottish father soon moved the family to Edinburgh, then later to Canada when he was six.

Suffering from prolonged bouts of asthma, young Angus was bedridden for months at a time. During those depressing weeks, his spirits would be lifted by tuning to Canada Radio and soon began to write his own comedy routines.

Later, his talents as a writer and performer were recognized and “The Angus Young Show” hit the Canadian radio waves. After changing his name to Alan, he headed to Los Angeles.

Though little remembered today, “The Alan Young Show@ was a half-hour CBS variety TV program from 1950-53 and Young’s first major success in the U.S.

“It won several Emmys, including Best Variety Show in 1951 and I won for Best Actor,” recalled Young, who turns 95 in November.

But it was the role on “Mister Ed,” named after his talking horse co-star, that made Young a household name. One of the most popular series of the day when broadcast from 1958-1966, it can still be seen on cable TV today.

Despite its popularity (“Mister Ed” won a Golden Globe), the show never received an Emmy. But Ed did win the Patsy Award, given for the best animal actor by the American Humane Association.

“Ed won it so many times that [the AHA] asked me if I would mind if he didn’t win one year,” said Young. “They were concerned people might think the award was ‘fixed!’ So the next year, Lassie won and Ed was second.”

Young says he still gets asked how the horse’s lips were made to move. Initially a mystery at the producers’ insistence, Young began the rumor that peanut butter was placed under the horse’s lip, which he would try to lick off.

“Al Simon and Arthur Lubin, the producers, suggested we keep the method a secret because they thought kids would be disappointed if they found out the technical details of how it was done,” Young said. “So I made up the peanut butter story, and everyone bought it. It was initially done by putting a piece of nylon thread in his mouth. But Ed actually learned to move his lips on cue when the trainer touched his hoof. In fact, he soon learned to do it when I stopped talking during a scene! Ed was very smart.”

“He really didn’t want his friends to know he was doing the voice of a horse!” explained Young. “So in the credits, it always says Mister Ed is played by ‘himself.’”

Despite its popularity, the show was suddenly cancelled half way through the sixth season.

“It was a shock to all of us,” Young recalled. “The show had good ratings, but CBS got a new program director who wanted to get rid of shows like ‘Petticoat Junction,’ ‘The Beverly Hillbillies,’ and ‘Mister Ed.’ Al Simon walked on to the set while we were reading scripts for the next day and said we were dropped then and there. It was awful, people were crying, but that was it. We never shot another episode.”

Since “Mister Ed,” Young has been a voice actor in the cartoon universe, working on shows such as “The Smurfs,” “The Chipmunks,” and “Scooby-Doo,” and with Disney as Scrooge McDuck.

In recent years, he has focused on writing scripts and recounting stories from his long career in two books: “There’s no Business Like Show Business ....Was,” and “Mister Ed and Me... and More!”

“I’ve had the pleasure of meeting and working with so many lovely people here in Hollywood,” he says. “I’ve heard so many of them tell fascinating stories, I wanted to put it all together so fans could read about working in Hollywood in the ‘old days.’”

As he focuses on new projects, Young’s web site (www.mister-ed.tv) will be discontinued this summer. Signed copies of his books and photographs are available until then.

Nick Thomas teaches at Auburn University at Montgomery, Ala., and has written features, columns, and interviews for over 400 magazines and newspapers.