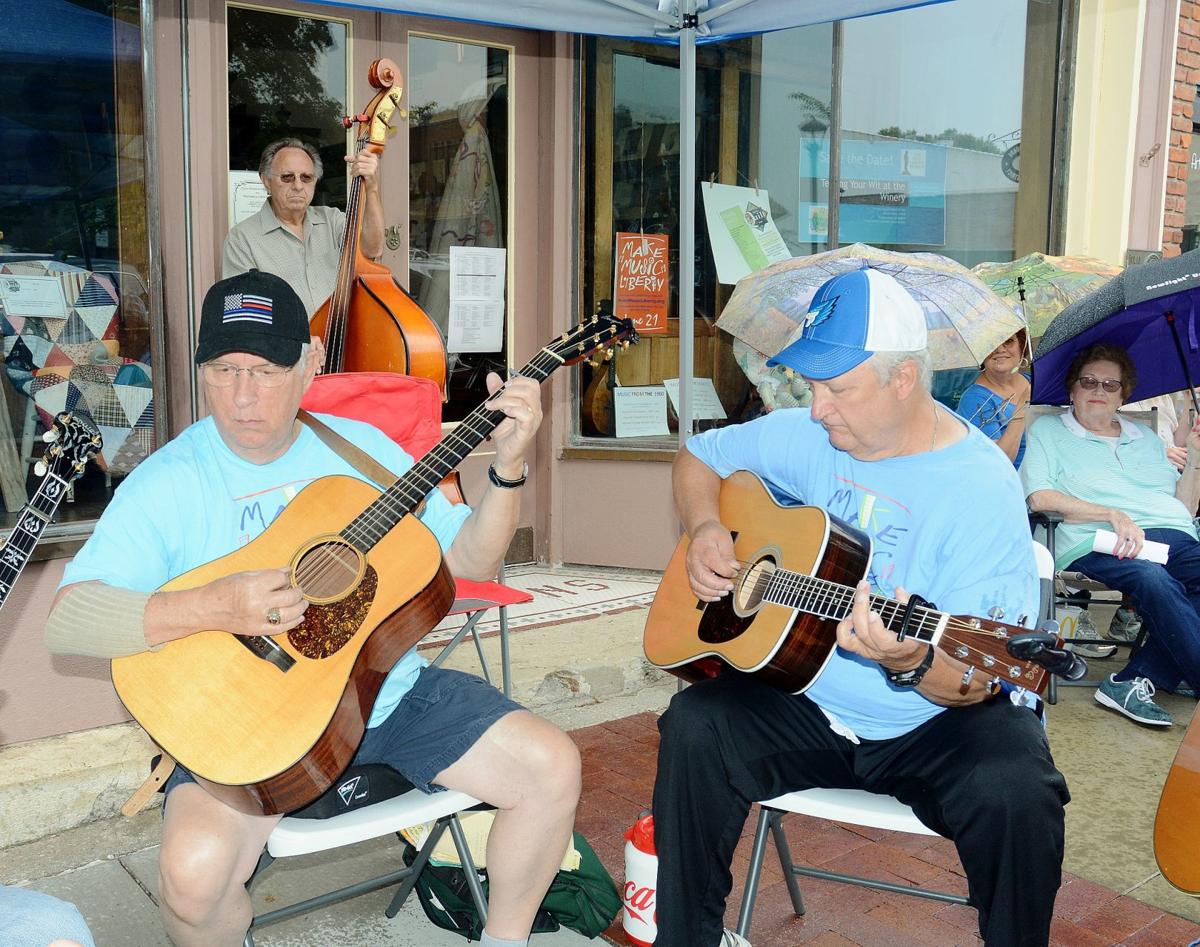 Make Music Day Liberty — this year on June 21 and 22 — features a variety of musical performances throughout the city. 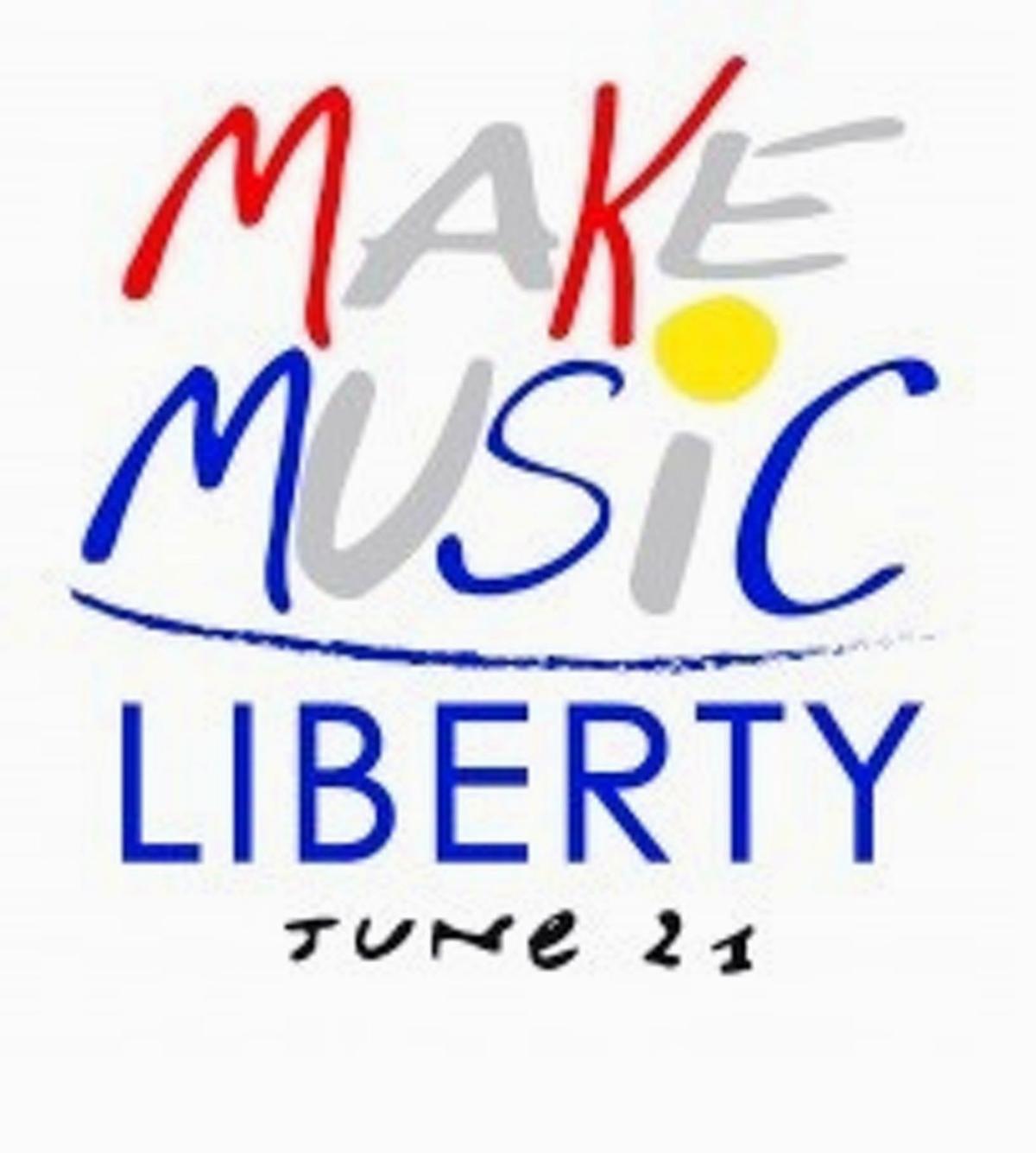 Make Music Day Liberty — this year on June 21 and 22 — features a variety of musical performances throughout the city.

LIBERTY — The Liberty Arts Commission is gearing up to help out with the fourth Make Music Day under the direction of lead organizer Bill Stilfield, a member of the commission. This year’s Make Music Day will be spread over two days: Friday and Saturday, June 21 and 22.

The event will take place on the first official day of summer — the summer solstice — as it has since 1982 when it began in France.

The opening notes will be at 4 p.m. June 21, and the music will carry on until 9 p.m. The next day, the music begins bright and early at 7 a.m. to coincide with the Downtown Liberty Farmers Market.

“We are excited about the foot traffic that is part of the farmers market,” Stilfield said.

The mass appeal events, such as harmonica playing and a drum circle, will return this year.

“We are hoping to spread out with events, including at Norterre in the performance plaza there,” Stilfield said of the multi-generational campus next to Liberty Hospital.

Arts Commission Chairman Shane Immelt has been helping Stilfield since the inception of the Liberty event.

“We are starting to book locations and performers,” Immelt said. “We want to see more areas along Kansas Street.”

Immelt said the organizing group is hoping for at least 20 locations. So far, five returning artists have signed up.

“While we can’t have locations outside the city, the acts can be from all over,” Stilfield said. “The alliance site states that we are open and ready for registration. We are part of 90 cities participating in Make Music Day and it continues to grow nationally and internationally.”

An informational tent will be in front of Liberty City Hall during the event with maps, plus schedules of venues and performers.

Along with the music, guests may find members of the Urban Sketchers of Kansas City, a guild of artists who gather once or twice a month to capture the people, places and environments around town using various mediums.

The Liberty Arts Commission is looking to strengthen the partnership with the Liberty branch of the Mid-Continent Public Library. With the coming construction across from the Liberty Community Center for the new library location, there could be more gallery space, Immelt said.

“It could also be an area that will be part of the city's sculpture program as well,” he said.

The Liberty City Council recently approved the purchase of “Open Heart” by artist Matthew Duffy. The piece can be found at the intersection of Main and Kansas, right in front of Restoration 1894. Duffy is from Washington DC.

“I made these a couple years ago and installed them all over the country,” he said. “It's turned out well.”

At other sites, people have taken prom and wedding photos with his metal hearts. The sculpture should be placed near the future pickleball courts at the Westboro/Canterbury location.

Immelt said the commission has been notified that the sculpture selection task force will have around 130 pieces to decide on, but the pieces won't be put up until September when the Parks and Recreation team can help with installation.

“With the current sculptures coming down at the end of July, the new ones for the 2019-2020 season won't be up until September,” he said. “That means we may have a two-window space where the art is missing. Perhaps we will see absence will make the art grow fonder. This year should be up to nine sculptures.”