No foul play found in death of 3 in Glenaire 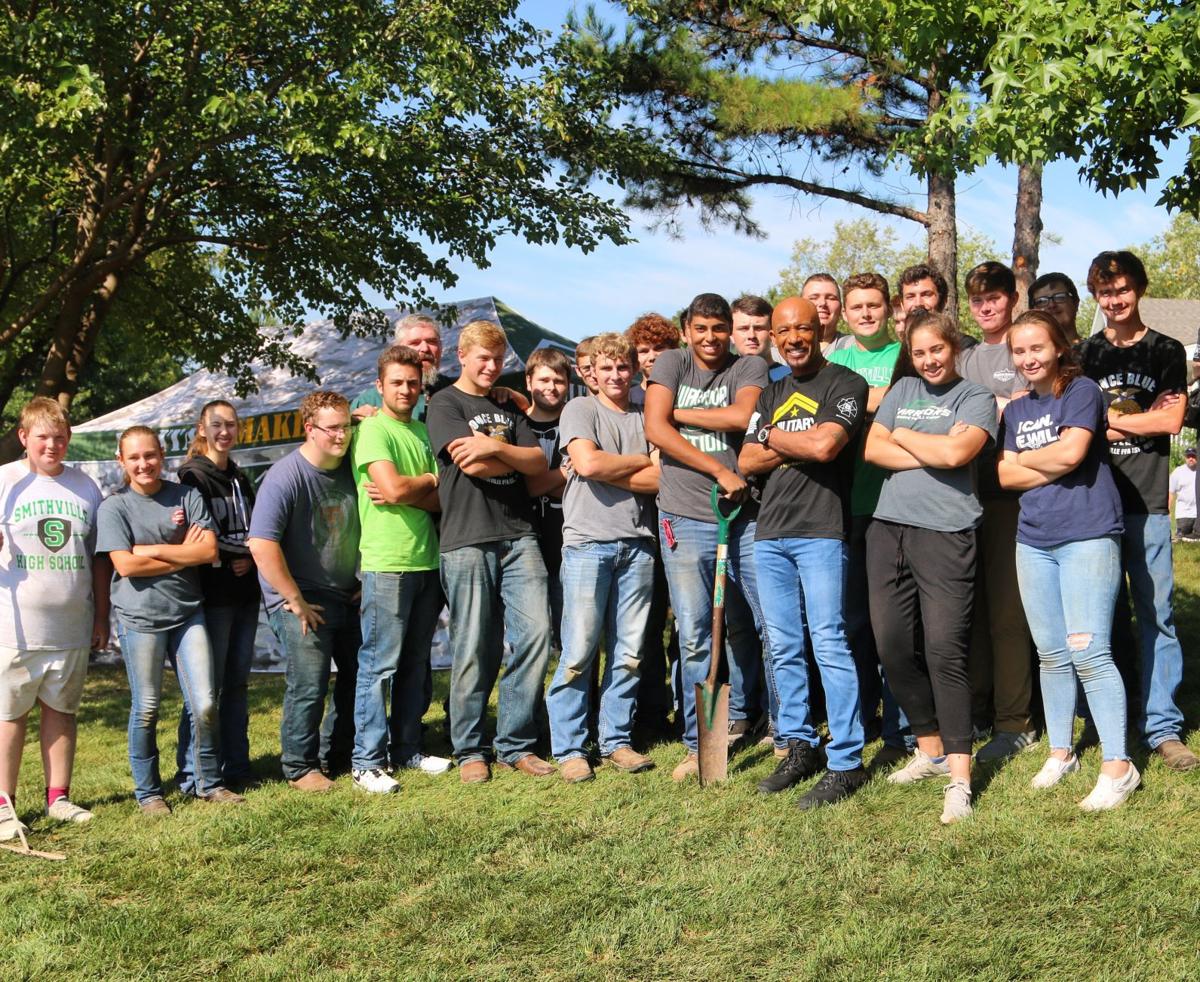 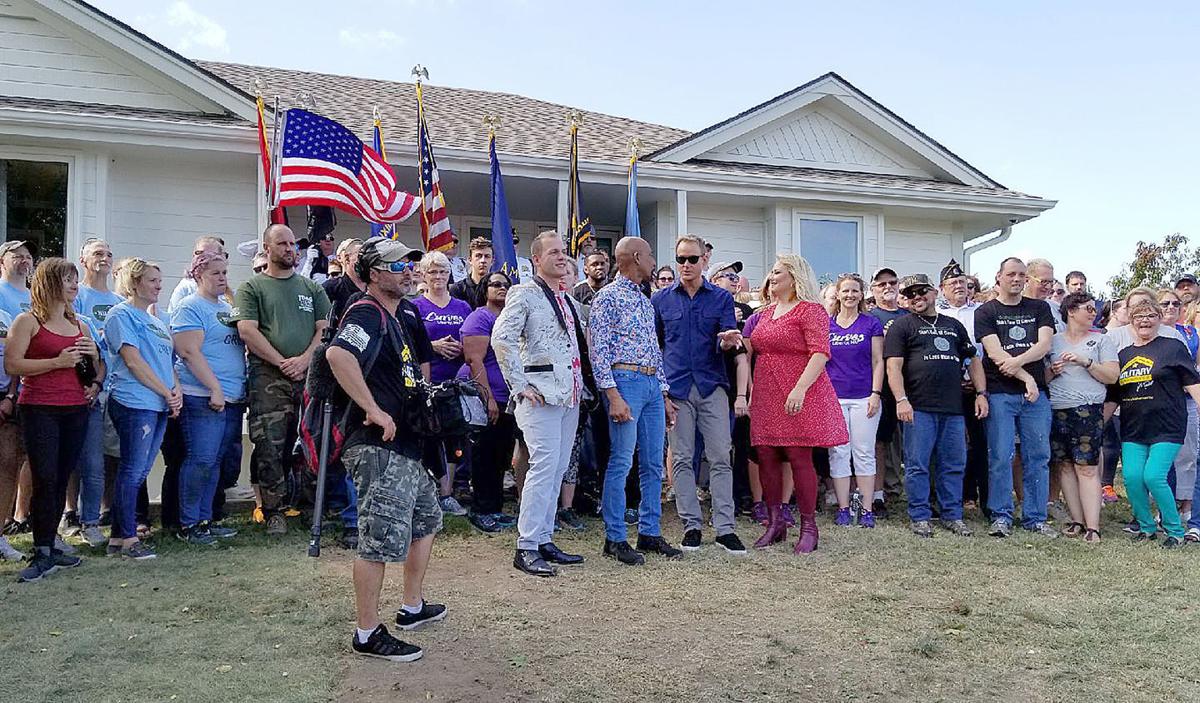 Businesses from the community and Smithville High School Future Farmers of America students volunteered to help remodel the Moyers home in Smithville. The house has a new coat of paint, new kitchen, new master bathroom and a variety of other upgrades including an ADT security system and a fun outdoor play area. 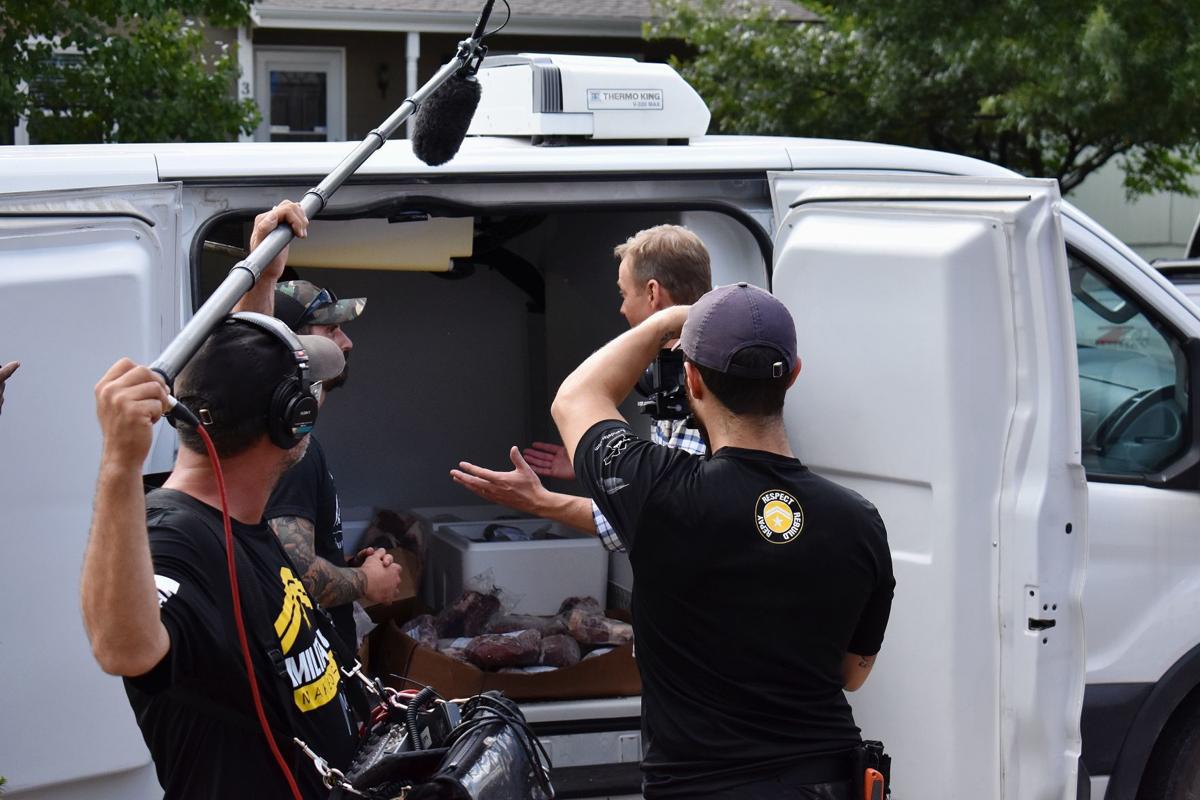 Art Edmonds talks to cameras about the changes that have been made at the Moyers home in Smithville.

Businesses from the community and Smithville High School Future Farmers of America students volunteered to help remodel the Moyers home in Smithville. The house has a new coat of paint, new kitchen, new master bathroom and a variety of other upgrades including an ADT security system and a fun outdoor play area.

Art Edmonds talks to cameras about the changes that have been made at the Moyers home in Smithville.

SMITHVILLE — “Military Makeover,” a show aired on Lifetime dedicated to helping renovate veteran homes, has been rolling cameras in the Harbor View subdivision of Smithville for the past several days. Wednesday afternoon, Oct. 3, the work was revealed in the 500 block of Newport Drive to the homeowners, Matthew and Rachel Moyer.

Of the more than 15 homes the show has remodeled, the Moyers family home is unique for a couple of reasons.

“Our last two families, the Harrisons which we did, they were in Independence, Missouri, and the Moyers (in Smithville) are friends,” show host Art Edmonds said. “They each helped on each other’s houses ... That’s the first time we’ve had friends get back-to-back makeovers.”

That isn’t all that makes the Moyers — Matthew, who served in the Air Force, wife Rachel and two children, Isabelle, 5, and Jackson, 9 — home makeover episode unique. A position was created on the show in April after co-host and veteran “Gunny” R. Lee Hermy passed away.

“I jumped at the opportunity to be involved,” said new co-host Montel Williams, who filmed his first makeover in Smithville.

Matthew Moyers is an Iraq War veteran, and the family’s home needed extensive work to enable him to move around safely.

What stands out to Williams is Rachel Moyers, who started a nonprofit called Caregivers on the Homefront that has spread to four states helping veteran caregivers access support.

The co-host is a veteran himself.

“I’ve got 22 years in the military, and though I took the uniform off from active duty, I’ve never really taken it off. I’ve been involved in lots of veteran events, and I continue to stay involved,” Williams said. “The show itself is a really unbelievable example of how we can stop just paying lip service of ‘I support the troops’ and actually get involved.”

Williams was impressed by the Smithville community during his time here. What particularly stood out was Smithville High School Future Farmers of America members coming to the house and laying down the sod along the front and side of the property.

“They did so as professionally as any other work team you would ever see,” Williams said. “I was kind of surprised.”

Edmonds agreed he was impressed by the efforts of the students and broader Kansas City community to help out. American Legion Post No. 58 members, other veterans and community members have helped with tasks like electrical work, landscaping and carpentry.

To decide on what changes needed to be made, local designer Jennifer Bertrand talked to the family of four.

All the products, a lot of man hours and several services needed for the process of making over a military family home are donated by businesses of the area.

“What our show is about,” Edmonds said, “is showing the rest of the country and whoever is watching, that in the smallest way, you can help these people.”

More details about Smithville’s “Military Makeover,” including coverage of the big reveal, will be published in a later edition of the Courier-Tribune.