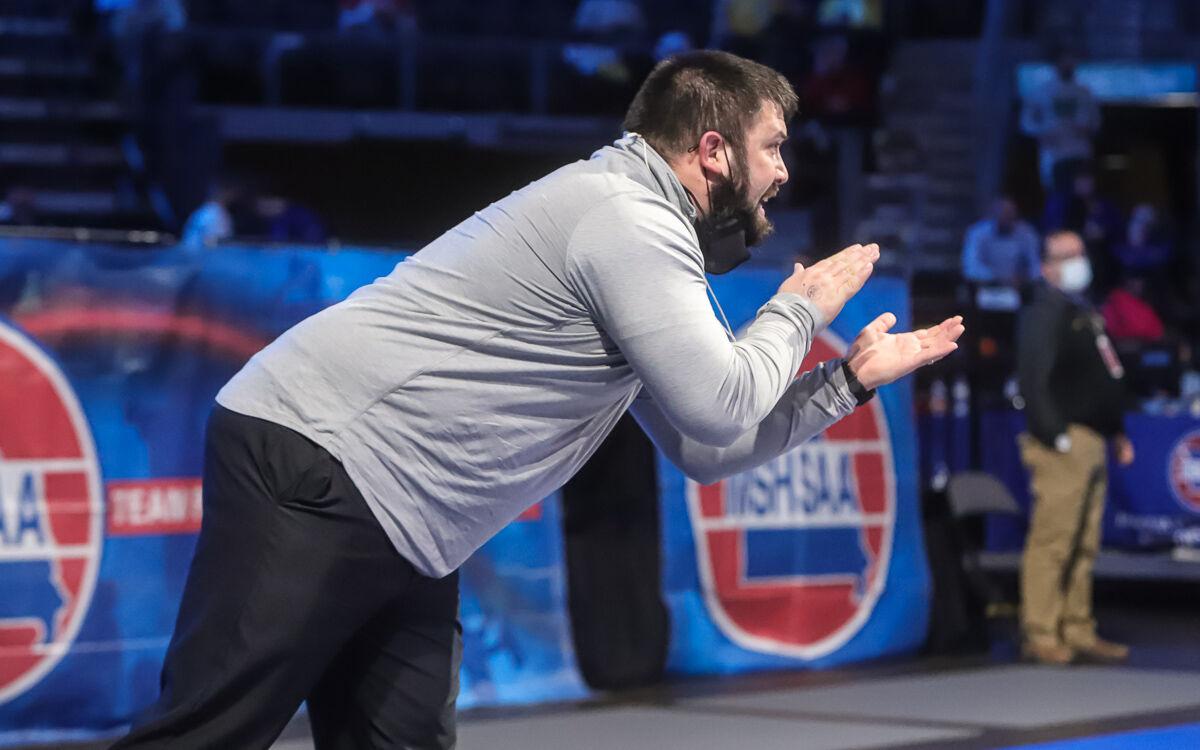 Bryant Hummel, seen here during a recent Missouri Class 3 wrestling state tournament as a Kearney coach, has been charged with misdemeanor sexual misconduct. 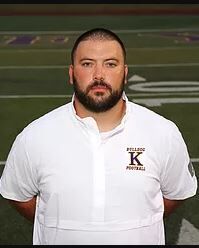 Kearney School District Communications Director Ray Weikal said Wednesday, Sept. 22, the district was aware of the charge now filed against Hummel, that he was placed on administrative leave and not allowed on school property.

“The safety of students is always our top priority. KSD takes all student concerns and allegations seriously, investigates them pursuant to district policies, and fully cooperates with state agencies and law enforcement,” said Weikal in a statement.

District leaders were initially made aware of allegations involving a Kearney School District staff member and students in April. These allegations were also circulating on social media. The name of the staff member was not released by the district. The social media allegations included reports of a high school teacher, who was also a coach, being escorted off school property by law enforcement.

At that time, Kearney Police Public Information Officer John Stewart told the Courier-Tribune no arrests had been made and he could not “confirm or deny there’s an investigation ongoing.”

This week, district leadership told the Courier-Tribune when it learned of allegations against Hummel in the spring, it launched an internal investigation and alerted local police.

Hummel has been a math teacher and defensive line football and assistant girls wrestling coach in Kearney for several years. Hummel was replaced as a high school coach this summer, but remained under teaching contract. While he was still working with students this school year, according to school board President Mark Kelly, it was not in the same teaching capacity as in prior school years.

Kelly told the Courier-Tribune the internal investigation, standard for any allegations of possible wrongdoing, was unable to gather the same information as police obtained.

“Generally, a teacher is put on administrative leave and then an investigation takes place to see if you can substantiate the allegations,” he said. “But, obviously, a school district doesn’t have the same rights or abilities to investigate that a police force does or sheriff’s department. So, we’re limited to what we are provided as we investigate that. Certainly, I can tell you that the police found more than what we were able to obtain.”

According to the probable cause statement, the criminal investigation began in the spring after a school district administrator learned of accusations that Hummel exposed himself to two students and alerted police.

The two students told investigators the incident happened after school when they were being assisted with homework in Hummel’s classroom.

“Hummel did tell them if they told anyone, it would jeopardize their grades ...,” states the probable cause statement written by Kearney Police Sgt. Ron McEntire after interviews with the students.

The probable cause statement also alleges Hummel later video called the students while exposing himself and asked them to expose themselves to him. Hummel is also accused of asking the students to come to his residence when he was home alone.

Based on information contained in the probable cause statement, district leaders have reopened its internal investigation.

"Kearney School District officials previously investigated allegations against Bryant Hummel pursuant to Board of Education policy. That investigation was conducted to the full extent allowed under the law for public school districts in Missouri," states the release. "Based on the information released in Clay County’s probable cause statement, we are reopening our investigation into the allegations."

A court date for Hummel is scheduled for Oct. 25.