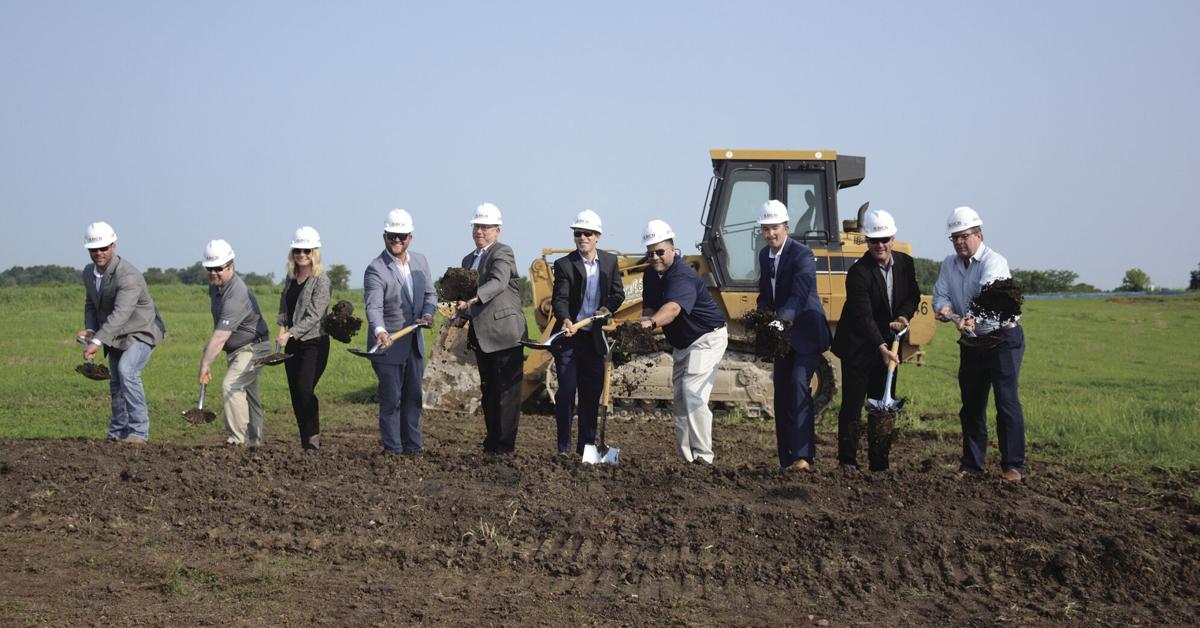 Along with Liberty Mayor Lyndell Brenton, Councilman Gene Gentrup, along with Brandon Smith, the city’s economic and business development manager, join those from Collier, BCB and ARCO as they throw dirt at the site for the new Heartland Cold Storage Logistics Center. 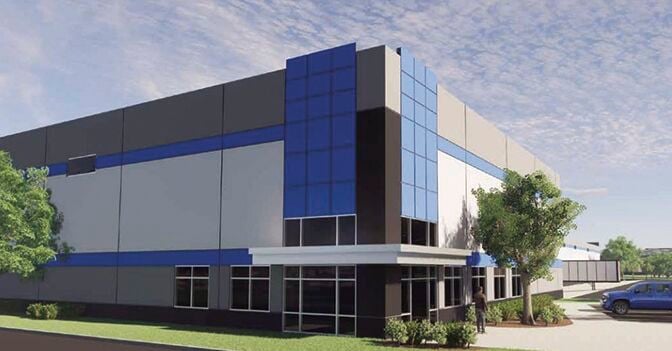 Here is a rendering of the coming Heartland Cold Storage Logistics Center, which is slated for completion in 2022.

Along with Liberty Mayor Lyndell Brenton, Councilman Gene Gentrup, along with Brandon Smith, the city’s economic and business development manager, join those from Collier, BCB and ARCO as they throw dirt at the site for the new Heartland Cold Storage Logistics Center.

Here is a rendering of the coming Heartland Cold Storage Logistics Center, which is slated for completion in 2022.

LIBERTY — There was talk of chilly air despite the typical July humidity July 20 in the Heartland Meadows Industrial Park as ground was broken on the new Heartland Cold Storage Logistics Center – the first speculative cold storage building in the Kansas City market. The building lot is located at 3161 Heartland Drive.

The city of Liberty’s Economic & Business Development Manager Brandon Smith said getting this project in the city is a testament to the city council and mayor.

“We have already had inquiries from possible tenants,” he said. “Looking at it, we could have a single tenant or multiple tenants in there. It’s receiving national attention already. Plus, it appears there’s space for an adjacent 80,000-square-foot building too. Developers are thrilled with the city’s steps on economic development, the site and the diversified work force.”

“Two years later, here we are in 2021 with four developers building five million square feet,” he said. “The additional work force is projected at 3,000 to 4,000 jobs. It’s around $5 million in investment. Much of this took place during the pandemic too. What was once a weakness of ours is now one of our better strengths.”

“There’s faith in the community, but I am really looking for that day when workers are in the building,” Brenton said.

Brandon Becker with BCB Development explained the specs of this new building: 167,575 square feet; possible division to multiple tenants of 40,000 square feet and up; the flooring will be based on the tenant’s specs for ultimate cooler/freezer flexibility; 22 docks; plus 208 striped spaces with the possibility of another 45 spaces if needed.

“The food and beverage industry is growing,” he said.

According to Colliers and BCB, Kansas City is one of the largest and fastest growing food and beverage logistics hubs in the country. The cost efficient product distribution is reaching 85% of the U.S. population in two days. Plus the Kansas City International Airport moves more air cargo annually than any air center in a six-state region.

Plans call for a fully insulated building and specialized floor slabs to maintain refrigeration and freezer temperatures. John Stafford, Chris Cummins and Turner Wisehart of Colliers International will market the project for lease. ARCO Construction will serve as the general contractor.

“We are drawn to the momentum in Liberty,” Becker said. “All those boxes were checked.”

Max Jacobson with ARCO Construction will serve as project manager. He had worked on the site previously when another manufacturing plant that ended up in Kansas.

“I am happy to be back in Liberty, creating space for a cooler/freezer tenant,” he said.