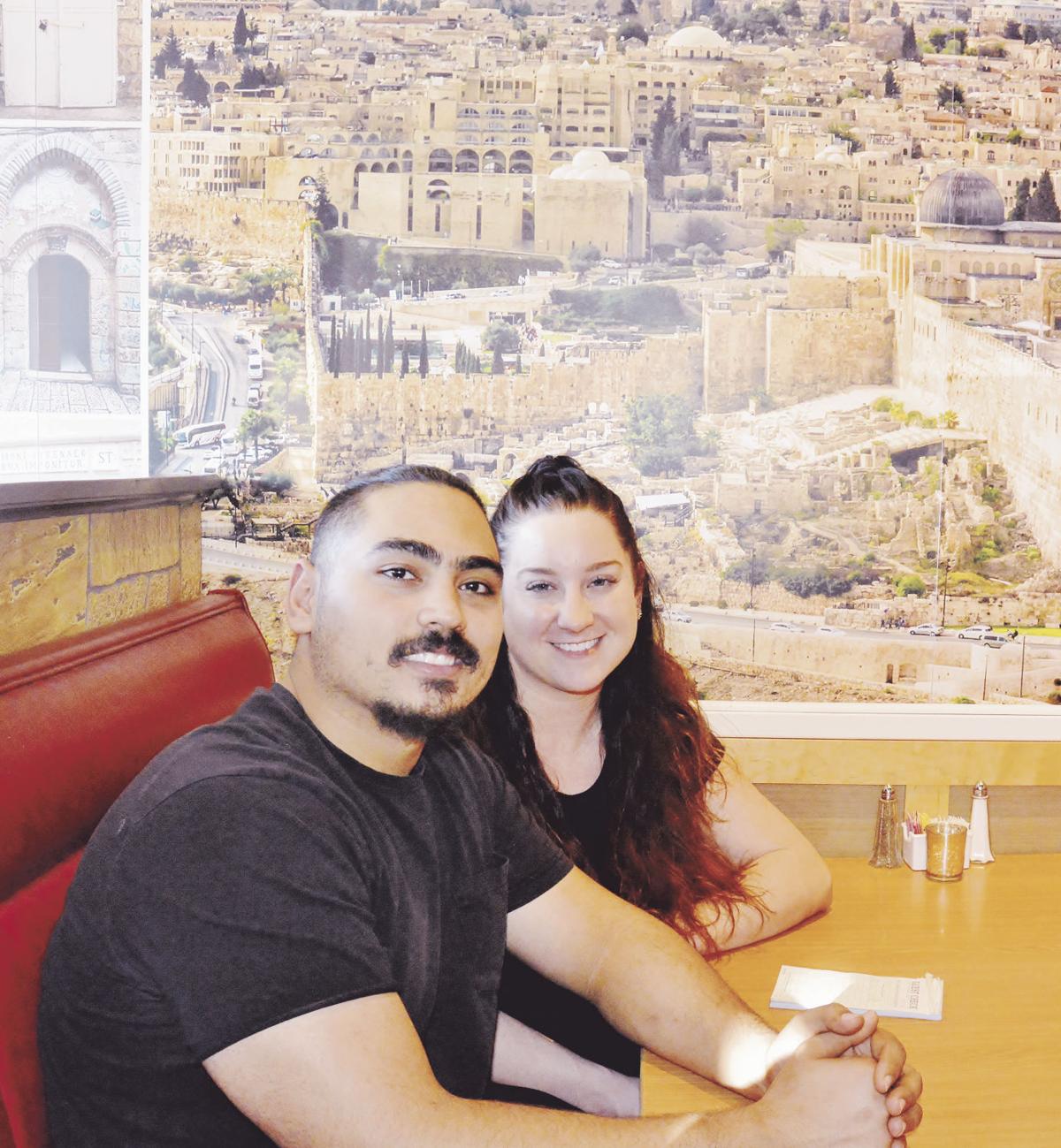 Bakar and Jaclyn Razoogi pause in one of the booths at their restaurant, Jerusalem Cafe Liberty.

Bakar and Jaclyn Razoogi pause in one of the booths at their restaurant, Jerusalem Cafe Liberty.

KANSAS CITY NORTH — Bakar Razoogi said there’s nothing like the Middle Eastern fare he offers in the Liberty area so he knew Jerusalem Cafe Liberty, 9263 NE 83rd Terrace, was needed.

The restaurant is in the Shoal Creek shopping area, west of Liberty. Razoogi and his wife, Jaclyn, joined the Liberty Area Chamber of Commerce Thursday, Oct. 17.

The couple lives in the area and Bakar’s cousin runs the first Jerusalem Cafe in Westport.

His favorite dishes are the Shawarma platter. Another favorite is the combo appetizer platter with selections such as with falafel, hummus, stuffed grape leaves, and tabouli salad.

Jaclyn’s favorites include the lentil soup.

“I don’t each much meat so being here is great because there are vegetarian and vegan dishes,” she said. “The menu is full of healthy options. Many dishes are good for you. I’m also partial to the hummus. It’s made fresh here.”

The couple said the only item brought in is the pita order. However, Jaclyn said the Westport location will soon be gaining an oven to make pita bread.

The couple met at the Liberty Fall Festival when the Jerusalem Cafe food truck came to the community.

“We know the schools are good and are a good place for families,” she said. “We also saw the opportunity.”

Bakar said the popularity of the restaurant has been going strong.

“Since we opened at the end of June, I have had three days off,” he said. “That’s great that the demand is there. Things are starting to settle into a routine. It’s been a good investment for us.”

As far as some of diners’ favorites, Bakar said the lamb pastry is popular. The gyro is a top seller as well as the rice pudding and baklava.

“People will try something new,” he said. “That’s been fun for us. They will take recommendations such as baba ghanouj and tabouli salad. It’s a bit of everything and there’s plenty to try on the menu.”

Jaclyn said the near future will include online ordering and delivery programs.