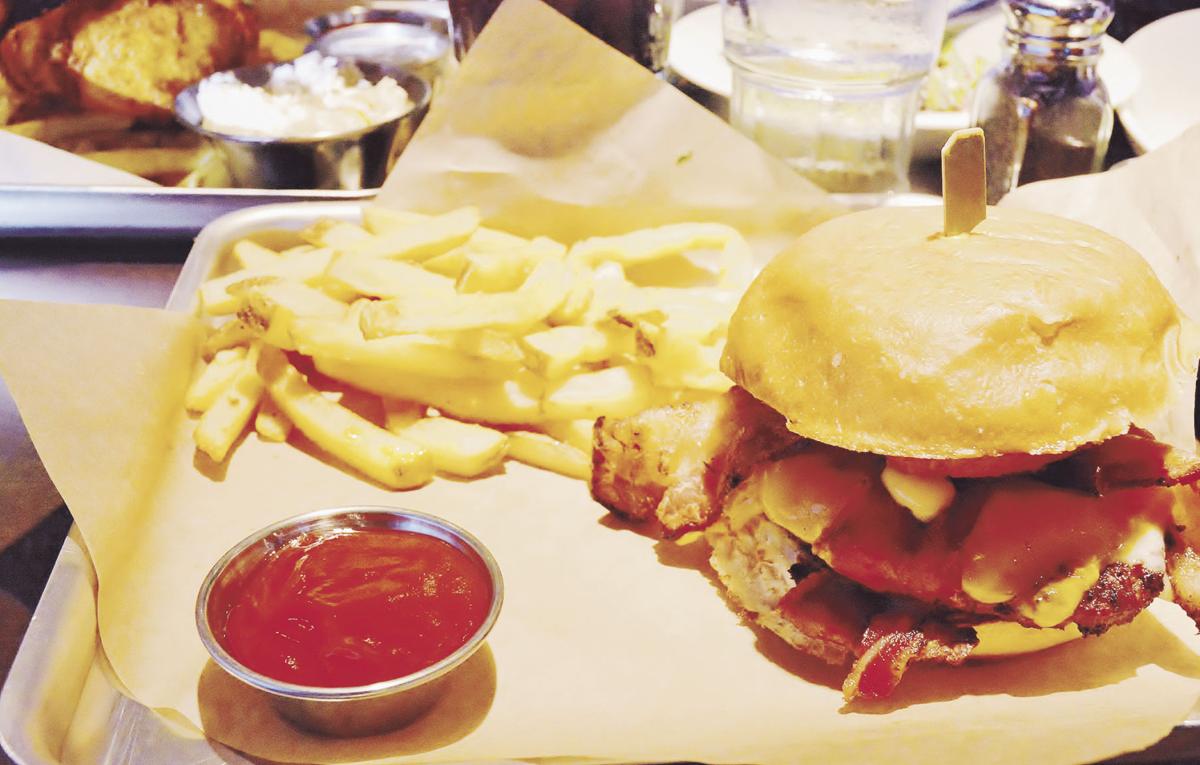 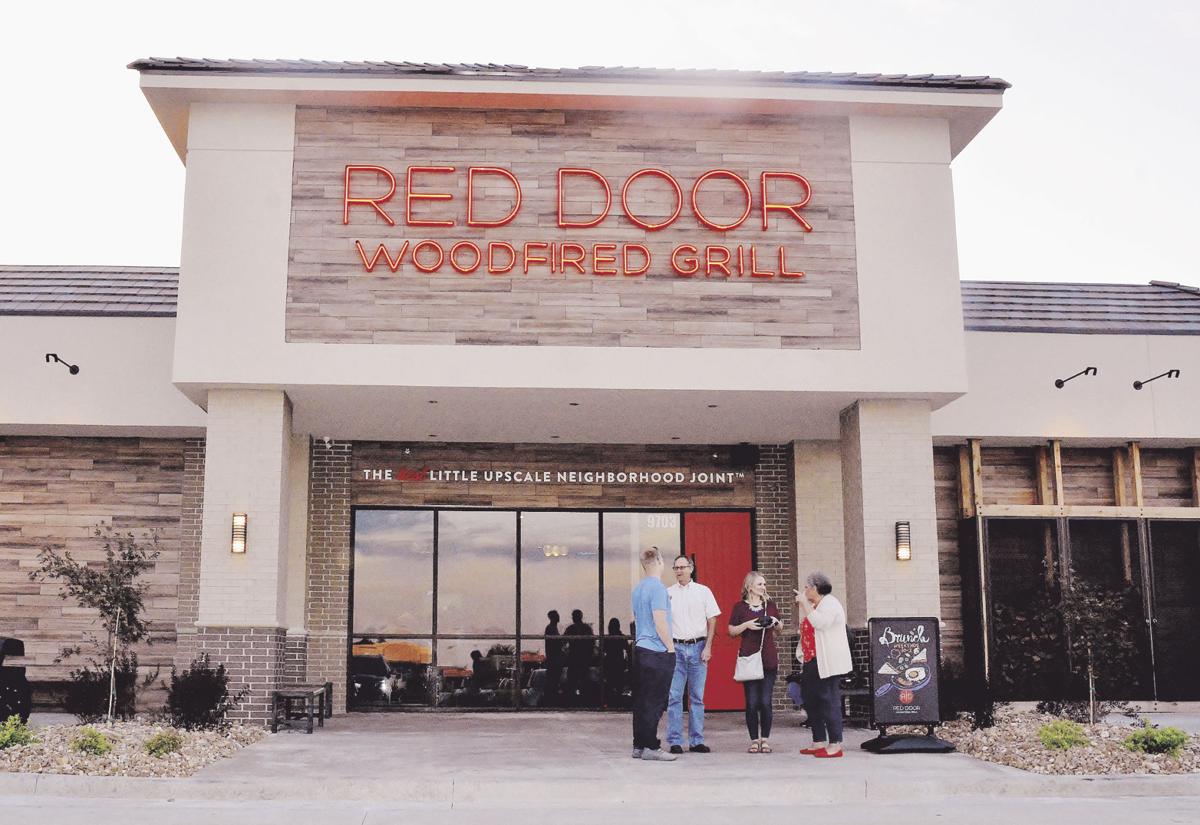 People gather in front of Red Door Woodfired Grill during a soft opening event. The restaurant is emblazoned with the words “best little upscale neighborhood joint.” 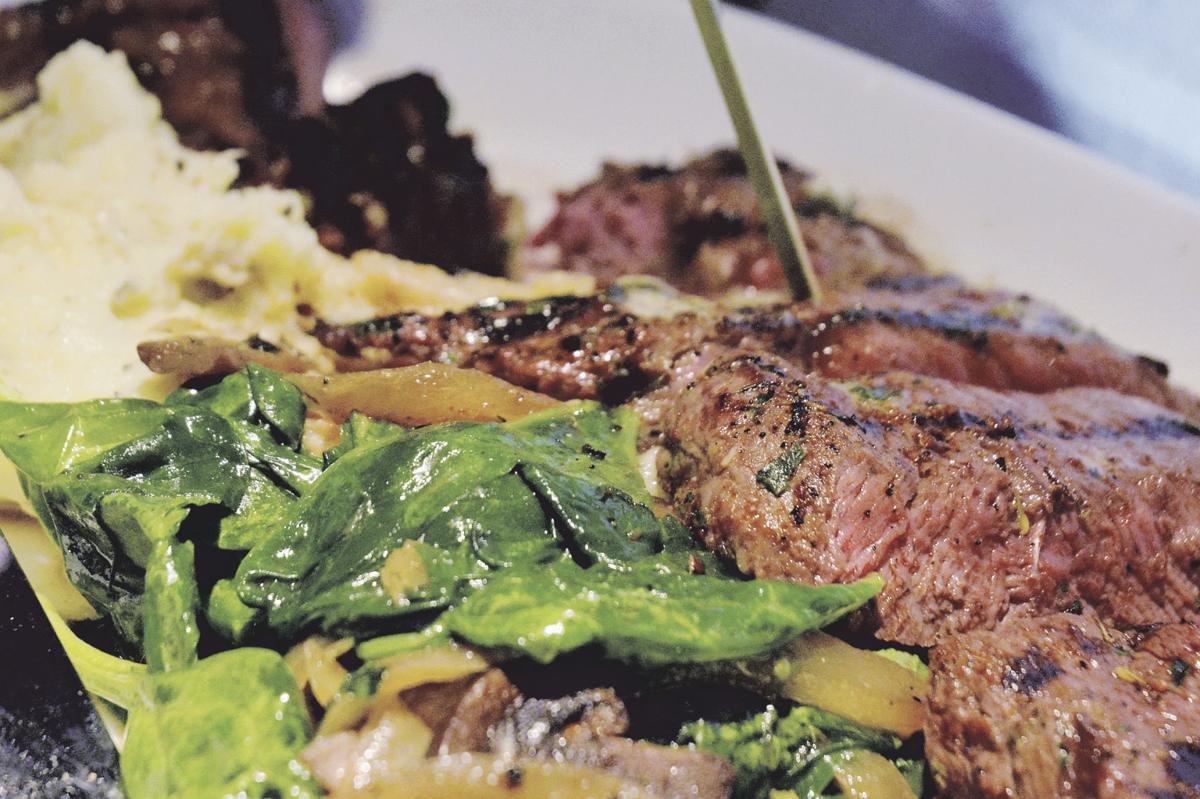 A 10-ounce steak with mashed potatoes and spinach is another offering at Red Door Woodfired Grill, located at 9703 N. Ash Ave., Kansas City.

People gather in front of Red Door Woodfired Grill during a soft opening event. The restaurant is emblazoned with the words “best little upscale neighborhood joint.”

A 10-ounce steak with mashed potatoes and spinach is another offering at Red Door Woodfired Grill, located at 9703 N. Ash Ave., Kansas City.

KANSAS CITY NORTH — Within a stones throw from the city boundaries of Liberty, a new restaurant opened its doors Wednesday, Sept. 18. The Liberty/Kansas City North location of Red Door Woodfired Grill joins locations in Leawood and Overland Park, Kansas and in Kansas City in the Brookside neighborhood.

Red Door Woodfired Grill opened for a few days last weekend for a trial run and for a fundraiser for No Kid Hungry, where those invited could donate to charity aiming to end childhood hunger in the area.

Managing partner Steven Kyriazis, a Northlander, leads the location. He has followed the work of Founder Gary Zancanelli and Red Door Grill’s growth from the start in 2013.

“Gary was looking for a partner in the Northland,” Kyriazis said. “We are a growing company with another location in Lenexa coming. It’s exciting to be part of such a place. I know the restaurant industry and have been a part of this since I was 13 years old.”

“It’s a place where you can bring families, have a ladies’ night out or friends can gather to watch the game. It’s a place for everyone,” he said.

Zancanelli found the location after seeing real estate signs when he came to Liberty North for a football game with his son.

The menu is varied and changes, however, items are made fresh and from scratch including the vanilla custard cream and chocolate fudge dipping sauces for the beignets.

“I would say one of the Thursday specials is a favorite,” Kyriazis said. “This is a featured item that that’s been marinating in a secret blend of spices for four days, including jalapenos. It’s pressure fried. It’s got a little kick. ... It’s about all fresh ingredients. I love our steaks, especially the ribeye. It’s wood-fired over hickory, oak and pecan.”

While there are televisions around the restaurant and music is playing, the atmosphere is such that people can have a conversation.

“I expect us to benefit some form the local sports scene,” he said. “We aren’t far from Liberty North, Liberty and Staley. We are a Kansas City-based business and it’s a thrill to be part of the community. If there are other fundraisers like No Kid Hungry, we will see if we are a fit. Even these past few days have shown the generosity.”