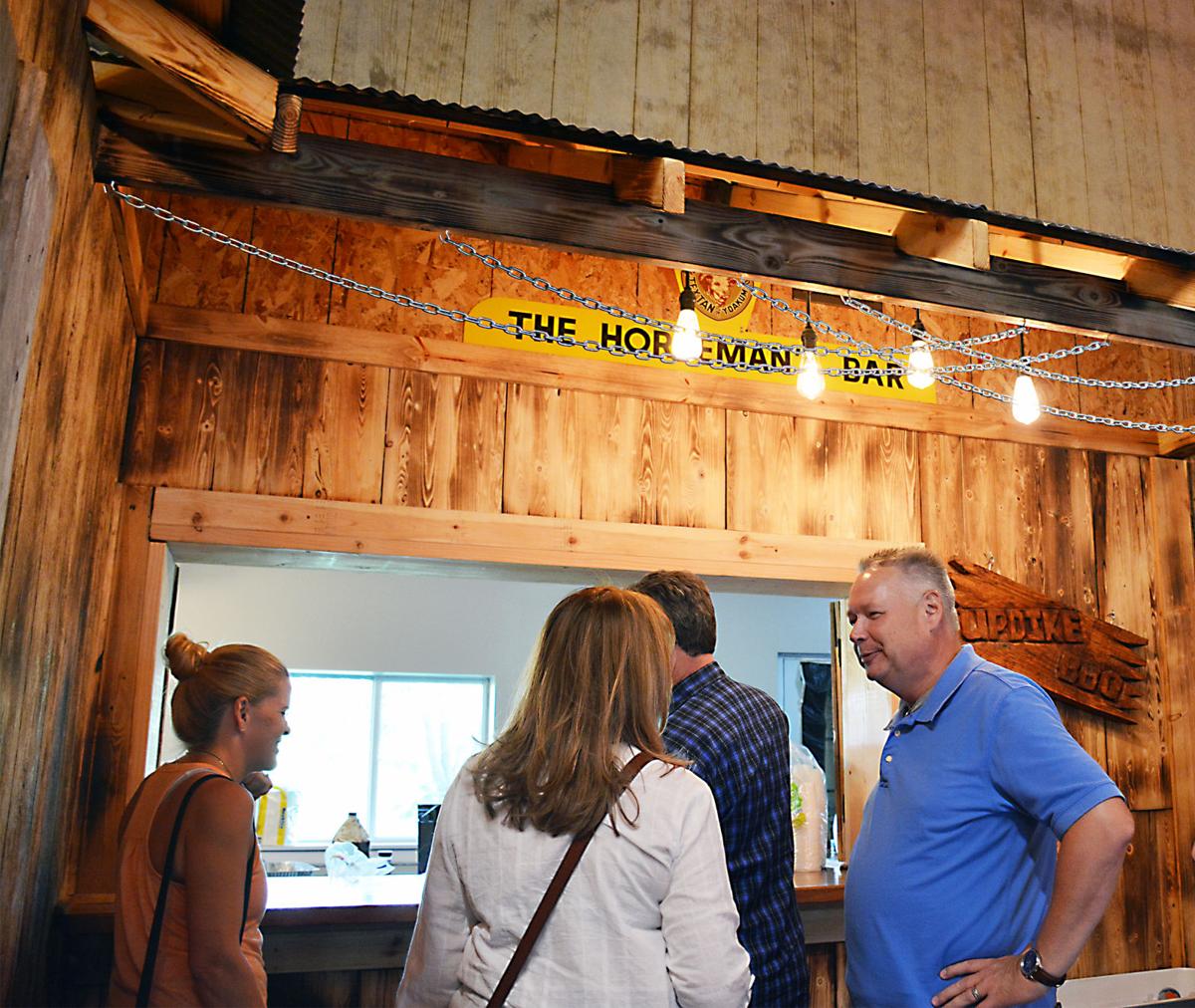 Updike Barn, located in the 16600 block of Missouri Highway C in Kearney, has been expanded and transformed into a full-service air conditioned event space complete with kitchen, bar and men’s and women’s bathrooms. 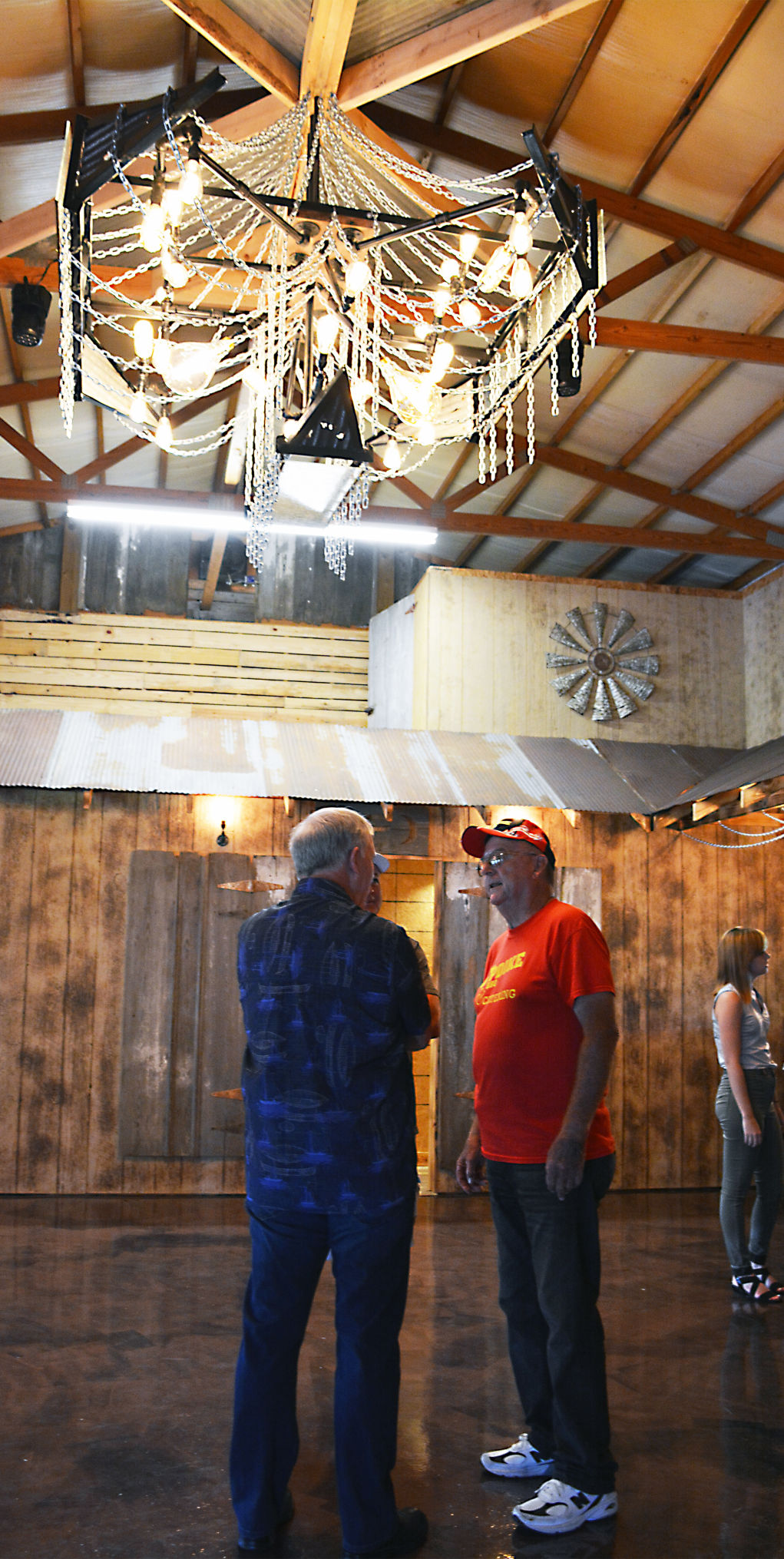 The Updike Barn’s decor is farm chic, utilizing historical farm equipment and materials from Lyle Updike’s and other properties. During a chamber of commerce preview event, Updike and fellow chamber member Jim Smith chat under the custom chandelier, featured in the center of the space that includes glass from a bygone but former favorite Kearney business to many, Cookie’s Pizza.

KEARNEY — While Lyle Updike’s barn at the home of his business, Updike BBQ & Catering, has been known to some in the past as a small, enclosed event space with tables, chairs and fireplace on Missouri Highway C, the space has been expanded and transformed into a full event space complete with kitchen, bar, tables, chairs and men’s and women’s bathrooms.

Updike said work on the expansion at the barn has been planned for some time with construction taking place this year.

“We got a little bit more to go yet, but it’s pretty much done,” Updike said at a Kearney Chamber of Commerce preview event held this month.

The event space’s decor is farm chic, utilizing historical farm equipment and materials from Updike’s and other neighboring properties. The custom chandelier, featured in the center of the space includes industrial pipes, chains and glass from a bygone but former favorite Kearney business to many, Cookie’s Pizza.

“We are also going to run it as we always have. ... We will let you have the space free of charge and all you have to do is pay for the food,” said Updike of his policy of providing the event space with the cost of his catering.

What: Updike Barn, an event space with capacity for more than 100 people

At the preview event, Chamber Executive Director Stacie Bratcher said the Kearney area was lucky to have the nearby event spaces it does and that the Updike Barn was “a blessing” for the area.