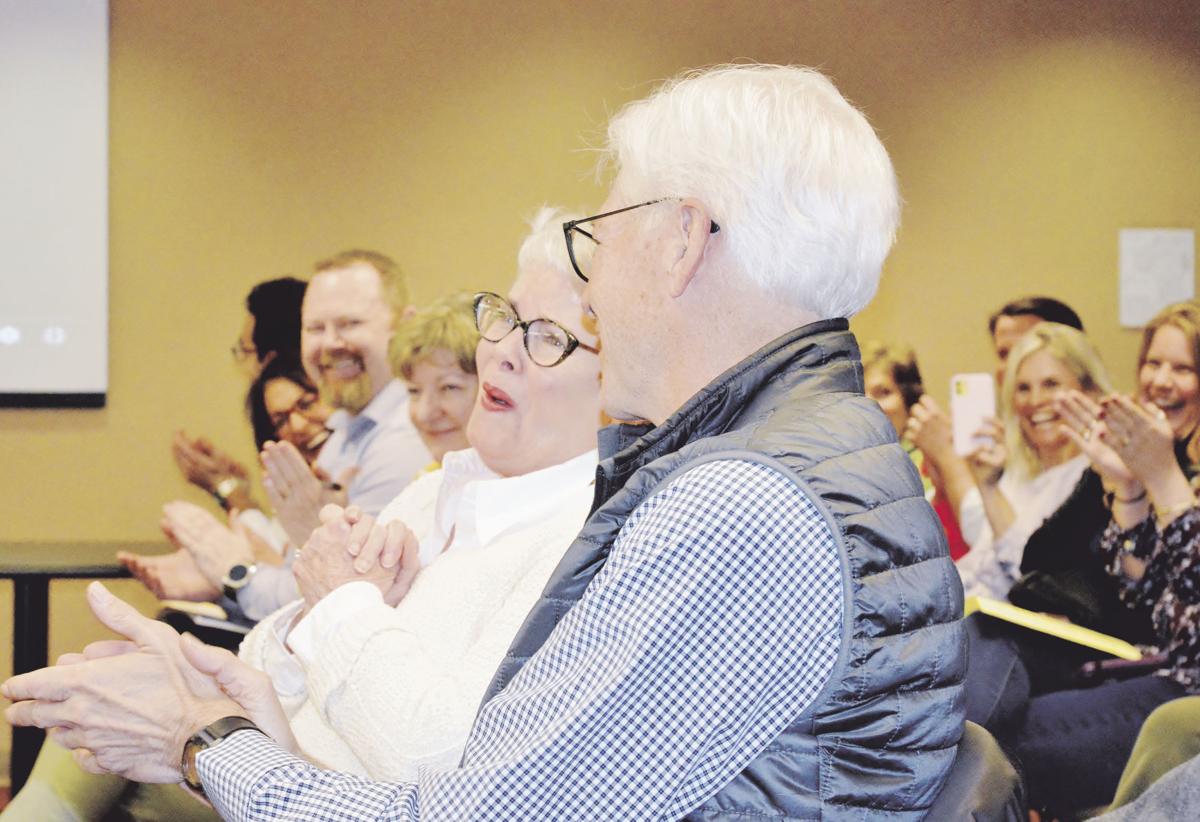 Liberty Parks and Rec Foundation Chair Jodi Capps is surprised by a room full of cheers and applause after she is named the award recipient for the 2020 Missouri Park and Recreation individual citation award. Her husband Bob came to support her as well as her children, sitting in the row behind them. 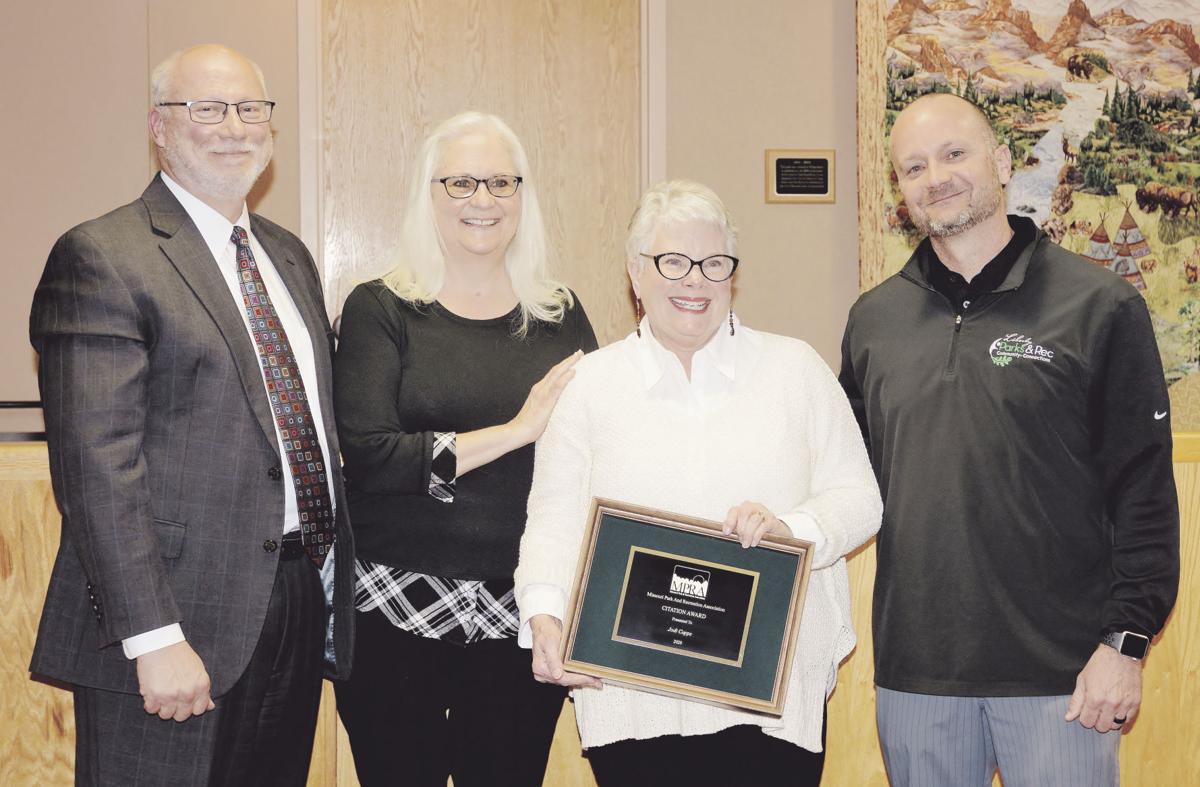 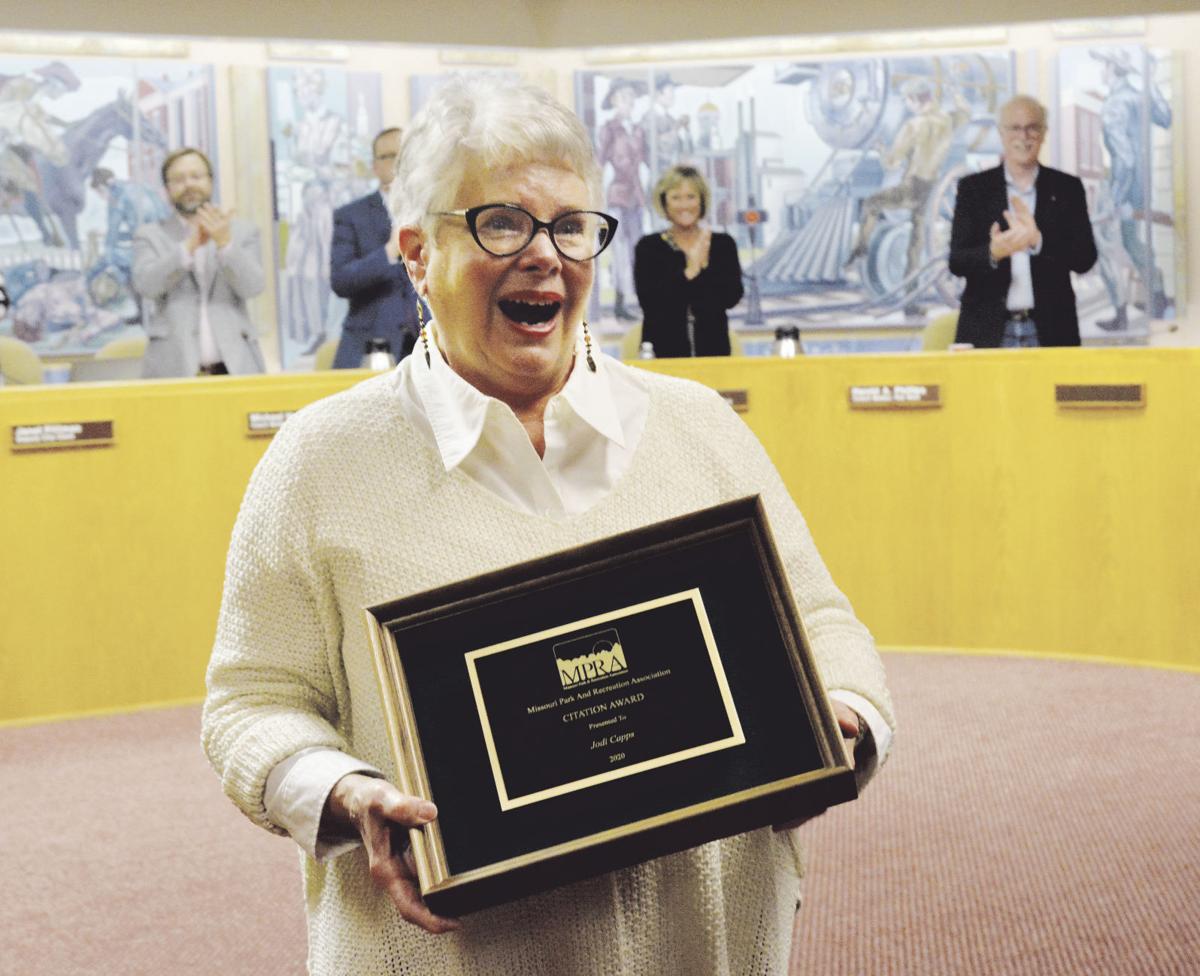 Liberty Parks and Rec Foundation Chair Jodi Capps is surprised by a room full of cheers and applause after she is named the award recipient for the 2020 Missouri Park and Recreation individual citation award. Her husband Bob came to support her as well as her children, sitting in the row behind them.

The award is given to someone who is not employed within the parks and recreation industry, but who has made an outstanding contribution to recreation and parks.

“Jodi has dedicated tremendous passion and energy to supporting Liberty parks for nearly 30 years,” said Taylor. “Her efforts have helped to expand a vibrant department, improve facilities and support residents through programs that would otherwise be beyond the scope of traditional funding sources.”

During the development of the Liberty Community Center in 1990, Capps was instrumental in the $700,000 fundraising effort to expand the planned 400-seat auditorium to a 700-seat performing arts theater. Six years later, Capps was appointed to the Parks and Recreation Board, which serves as an advisory committee to staff, and served in that role through 2002.

In 2015, she stepped up when asked to serve on the Liberty Parks and Rec Foundation Board, established in 2006 to create a parks expansion fund for neighborhood parks, green space and to provide financial assistance aiding low-income youth and families in gaining access to programs through scholarship assistance.

On the board, Capps was instrumental in transitioning the Foundation from two small fundraising projects each year to a 10-week annual campaign. In 2017, the campaign’s first year, the foundation raised $62,455.

Capps took on the role of foundation chair in 2018 and helped lead an annual campaign that raised $80,465.

Through Capp’s participation and leadership, the foundation has raised nearly $250,000 over the past three years in support of kids, family and community.

All campaign donations are first used to help support sports, programs and membership scholarships to ensure community children have the opportunity to participate alongside their peers in the department’s activities and programs.

Once scholarship needs are met each year, funds are used to develop and implement programs and projects that would be unattainable without additional funding.

Wiping away tears and smiling, Capps said, “This has been a passion and my pleasure to serve. We have the best staff that makes Liberty a better place. I am grateful to do this and if I am part of making one child’s life better ...”

Her voice trailed off as she realized her children had sneaked into the back rows of the council chambers.

Mayor Lyndell Brenton said Capps typifies the best of the community’s citizens who respond to a call to assist others.

“You are part of a lot of great work,” he said. “You have affected the lives of hundreds of kids. That makes it special.”