Construction at the proposed Clay County Annex site continues on North Brighton Avenue at Missouri Highway 152 despite Kansas City issuing a stop order to the county. 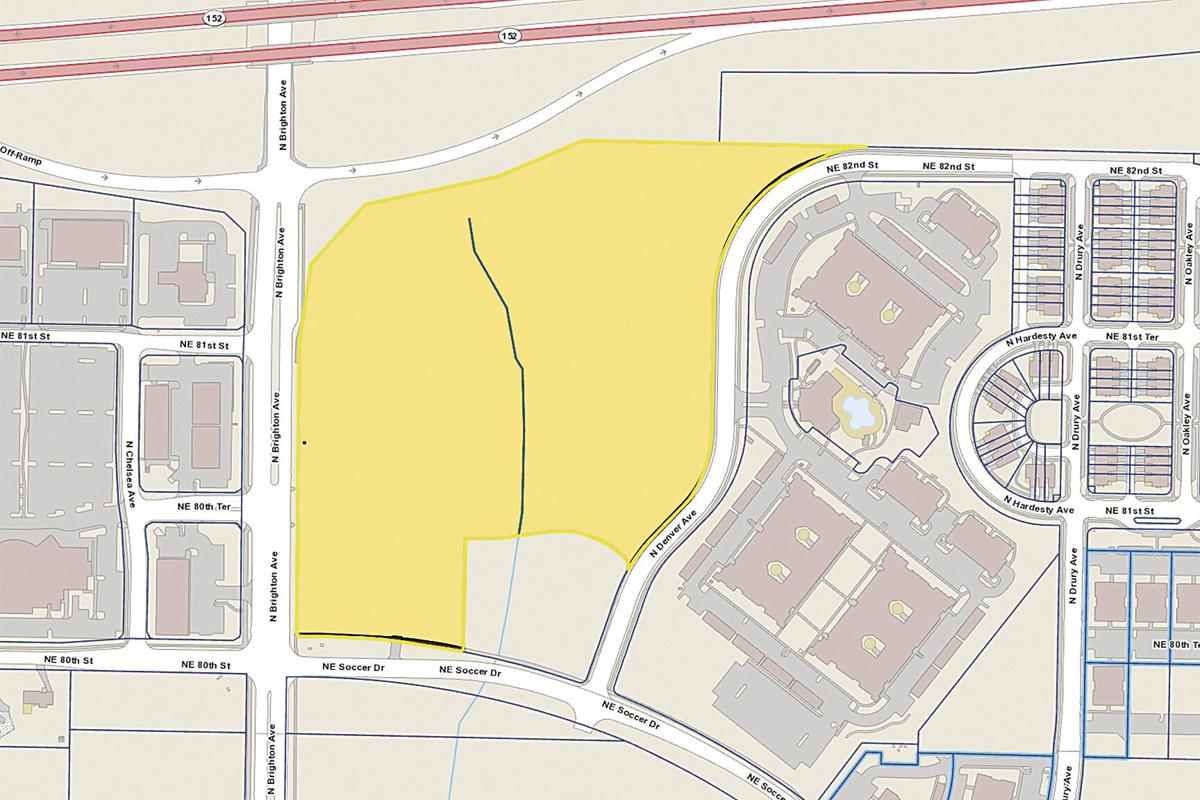 This rendering shows the site of embattled Clay County Annex project that is being constructed at North Brighton Avenue and Missouri Highway 152 in Kansas City.

Construction at the proposed Clay County Annex site continues on North Brighton Avenue at Missouri Highway 152 despite Kansas City issuing a stop order to the county.

This rendering shows the site of embattled Clay County Annex project that is being constructed at North Brighton Avenue and Missouri Highway 152 in Kansas City.

CLAY COUNTY — The Clay County Commission is again mired in legal controversy, this time with Kansas City over construction of the $20 million new Annex. The project is being constructed at Missouri Highway 152 and North Brighton Avenue in Kansas City.

While grading work has begun on behalf of the county, an inspector from Kansas City issued a stop work order Tuesday, Sept. 15, citing the county’s lack of a site disturbance permit.

Beth Breitenstein, Kansas City Planning and Development Department’s public information officer, told the Courier-Tribune no permit application was made by the county on the project, which is being overseen by Western Commissioner Gene Owen on behalf of the county commission. Owen’s project leadership was agreed upon by a majority of the commission, meaning himself and Eastern Commissioner Luann Ridgeway. In previous public meetings, Ridgeway said Owen was the right person for the project because of his career experience as a developer.

“The basic process for obtaining a permit is to make applications with drawings that meet city standards and is subsequently approved by city staff. No building permit application was made on this project,” Breitenstein said via email to the Courier-Tribune.

Clay County leaders, under advisement from private-firm lawyer Lowell Pearson of Husch Blackwell, said Clay County has the right to proceed with work on the Annex without a city permit.

“Because the county has been granted power by the state to acquire and develop property for county buildings, and the state has not expressly granted the city the power to restrict the county in its exercise of such power, Clay County need not seek approval from the city for any matter related to the construction of the county’s courthouse annex. Accordingly, the county has no intention of obtaining a site disturbance permit nor any other approvals/permits from the city in regard to the construction of the county’s courthouse annex,” Pearson wrote.

The Annex project was approved by a 2-1 vote with Ridgeway and Owen in favor despite no member of the public coming forward at an open commission meeting to fully support the project.

Owen and Ridgeway did not respond to request for comment.

“The county will continue to authorize expenditures on work orders that are in line with the budget as presented in the approved project,” states a letter on county commission letterhead sent from the county’s public services department to media Sept. 17.

According to the county’s transparency portal, as of the end of August, the county has spent about $3.1 million on the Annex. More spending is expected as Owen, who has sole signature authority to sign contracts on the project without public discussion, recently approved a nearly $10 million construction contract for the project.

The Annex work is one of several projects being funded through nearly $50 million in certificates of participation bond debt Owen and Ridgeway approved in 2018. Other new facilities include a nature center at Smithville Lake that critics contend also did not get public scrutiny. A story on that development will be published in a future edition of the Courier-Tribune.

“… If the city continues to impede the county’s construction of the Annex, the county has instructed my law firm to proceed with legal proceedings,” wrote Pearsonin his letter to the city.

Presiding Commissioner Jerry Nolte, who voted against bond funding and purchase of the land for the new Annex location, wants all Annex work halted, saying the incoming commission majority should decide whether and how to move forward with construction. The Nov. 3 election will determine who is on the commission alongside Nolte as both eastern and western commissioner seats are up for grabs since Owen and Ridgeway do not seek reelection.

Nolte tried to get the commission to address the Annex at recent public commission meetings. Those efforts were shut down by Ridgeway and Owen.

“Why is this project being shrouded in secrecy if it is truly in the best interest of the citizens of Clay County? Even though the public no longer has the ability to comment at supposedlyopen commission meetings, at least they could have heard the discussion. Citizens deserve answers,” Nolte wrote in a social media post about the Annex and fellow commissioner actions. “… It is unconscionable that two people can impose their will on the citizens. The right course of action is for this decision to come before the newly elected commission so they and the public can be fully informed before any additional expenditure of county funds.”

As of press time Wednesday, Sept. 23, work on the Annex has not stopped despite the stop order.