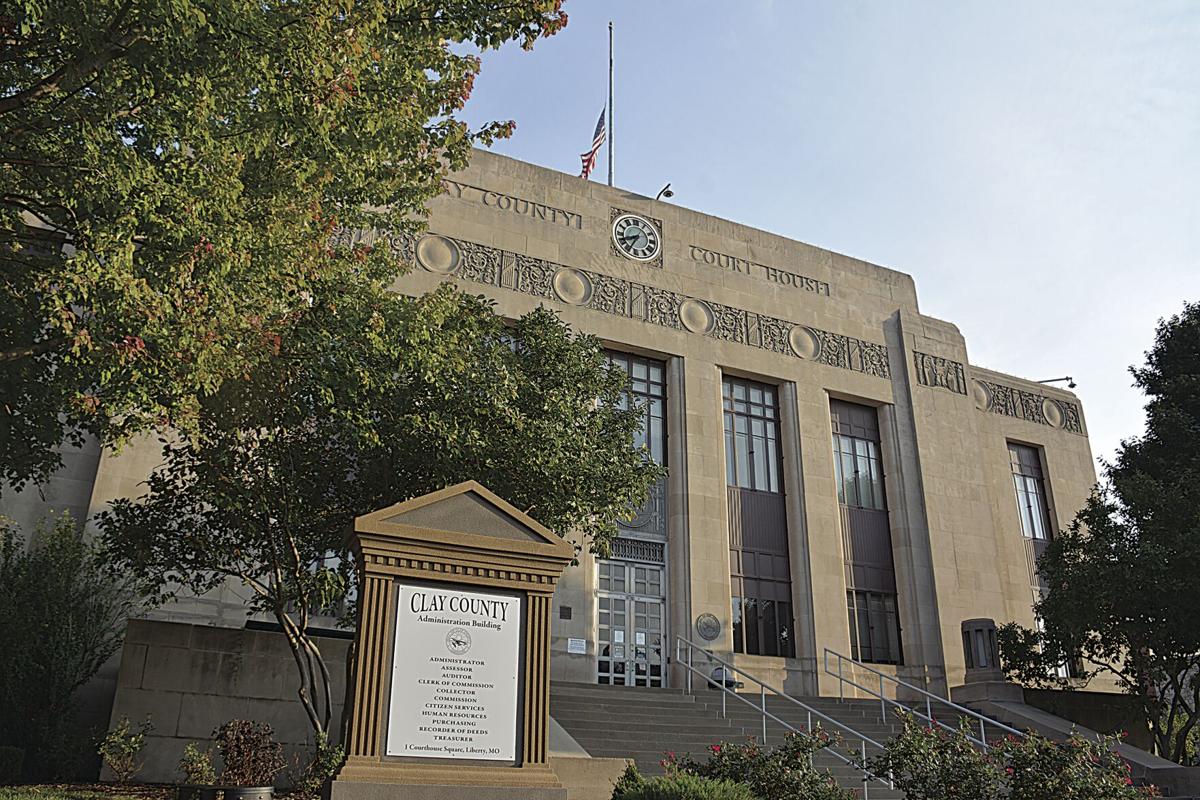 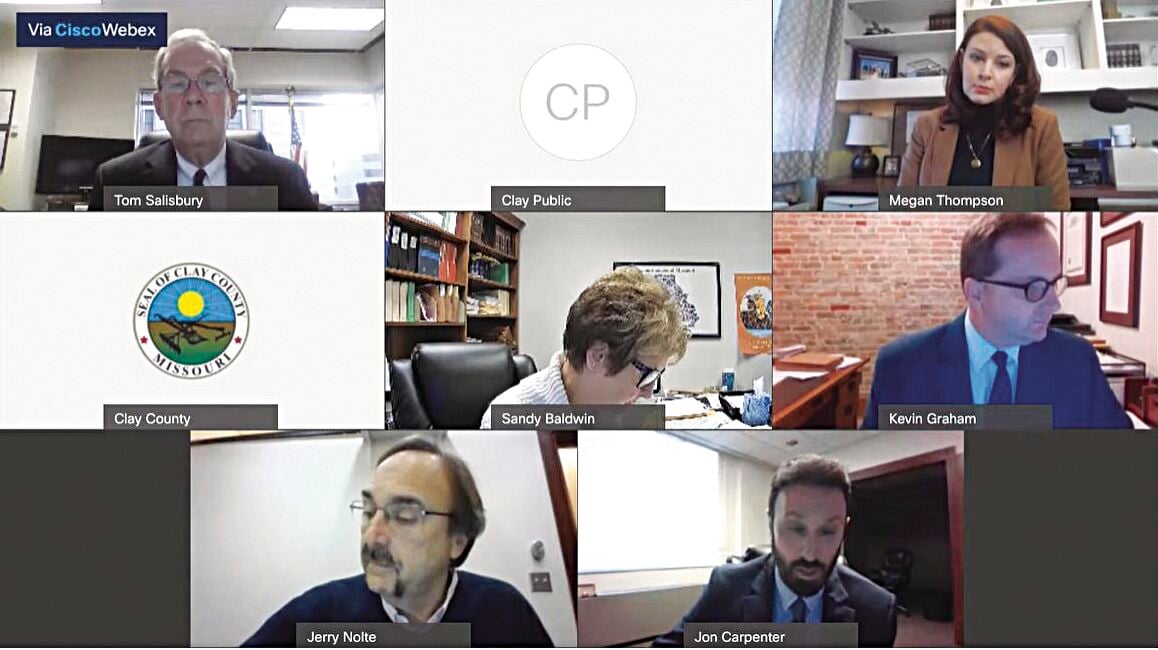 With the new year, the new county commission of Jerry Nolte, Jon Carpenter and Megan Thompson returned public comment to commission sessions and made good on a promise and directive under the new constitution to livestream commission sessions. Seen here at the Monday, Jan. 4 session, commissioners appointed Tom Salisbury as county interim administrator and Kevin Graham as inside county counselor.

With the new year, the new county commission of Jerry Nolte, Jon Carpenter and Megan Thompson returned public comment to commission sessions and made good on a promise and directive under the new constitution to livestream commission sessions. Seen here at the Monday, Jan. 4 session, commissioners appointed Tom Salisbury as county interim administrator and Kevin Graham as inside county counselor.

Western Commissioner Carpenter and Eastern Commissioner Thompson won election in the fall of 2020, replacing Gene Owen and Luann Ridgeway, whose terms expired and did not seek reelection. Carpenter and Thompson were sworn into office at the end of December. Nolte, the only county leader to remain on the commission after 2020, said he is excited to work with associate commissioners to get the county “back on track” working for the people of Clay County.

“I look forward to stopping the waste and corruption in county government and to support the men and women of law enforcement,” Thompson, former county clerk, told the Courier-Tribune about her new commissioner role.

“My No. 1 goal is restoring a sense of trust among the voters and the residents of Clay County that the government is working for them and is being transparent, accountable and ethical,” said Carpenter, a former state representative from the Gladstone area, of his new elected position.

As an illustration of these goals, one of the new commission’s first orders of business Monday was to appoint Tom Salisbury as interim county administrator and Kevin Graham as county counselor. The appointments and related pay structures bring an end to high-price contracts with multiple county administrators and outside legal firms that have cost county taxpayers millions in recent years.

Salisbury previously served as regional administrator for the U.S. Small Business. Salisbury, whose official county duties begin later this month, is expected to receive an annual pay rate $120,000 that will be prorated based on the time he serves while a national search seeks to find a  permanent  county administrator, said Nolte.

Salisbury said he looks forward to “helping the county for as long as it may be for,” during the commission session Monday.

The county had been without an administrator at the helm of daily operations since Dean Brookshier’s controversy-plagued employment ended with his resignation in 2018.

Since Brookshier’s resignation and through the end of 2020, daily operations were overseen by Assistant County Administrators Laurie Portwood, Nicole Brown and Brad Garrett, all of which are also no longer employed with the county as of 2021. The ACAs employment was also mired in controversy including some involved in legal action related to public records tampering and the state audit. Their employment ended with severance agreements. All three former ACAs listed claims that their civil rights were violated as well as being subject to a hostile workplace, gender discrimination and retaliation while employed by Clay County.

On Monday, commissioners also appointed Liberty lawyer Graham, who helped craft the language of the new county constitution as part of a circuit court-appointed commission, to reprise his contracted role as county counselor. Graham, a current Liberty city councilman, served multiple stints as the county’s inside legal counsel. For his legal services, Graham will be paid a flat annual rate of $125,000.

Before Graham’s return as inside county counsel, the county contracted with multiple firms in the state including Husch Blackwell, which had been representing the county in its efforts to prevent portions of the state audit that was started after citizen petition.

Nolte had long advocated to end high-cost contracts with legal firms like Husch Blackwell and Spencer Fane, but was blocked by Owen and Ridgeway. Nearing the end of 2020, Husch Blackwell chose not to seek renewal of its contract with the county.

In addition, Husch Blackwell along with another lobbyist group, Michael H. Morris & Associates, will no longer provide lobbyist services to the county at the state level.

Carpenter and Thompson said Graham brings a wealth of knowledge and experience to the roll and will save the county hundreds of thousands of dollars by being local.

While the full structure of the new county constitution, approved by voters in 2020, will roll out over a multiple-year span, changes required under the constitution have already begun. These efforts include livestreaming of commission meetings and reinstating public comment during commission sessions in addition to the commission hiring a county administrator and in-house attorney.

Going forward, the administrator will be in charge of appointing directors to most government departments outside of elected offices. Under the constitution, the only offices that remain elected are assessor, auditor, sheriff and prosecuting attorney. In addition, under the new constitution, the presiding commissioner only votes on commission action items in the event of a tie of associate commissioners. That voting change was reflected in Monday’s commission meeting with Nolte not voting on action items as Thompson and Carpenter voted in lockstep.

“We’ve got a lot going for us as a community. … There is every reason to believe that Clay County government can and should be one of those things,” said Carpenter at the end of Monday’s session. “It should be a thing people can be proud of, that is serving them every day, and I look forward to being a part of it.”

Thompson said going forward, citizens can expect the commission to operate in a civil and professional manner, something lacking for many years.

“… There should be nothing but good coming from this day forward,” she said.