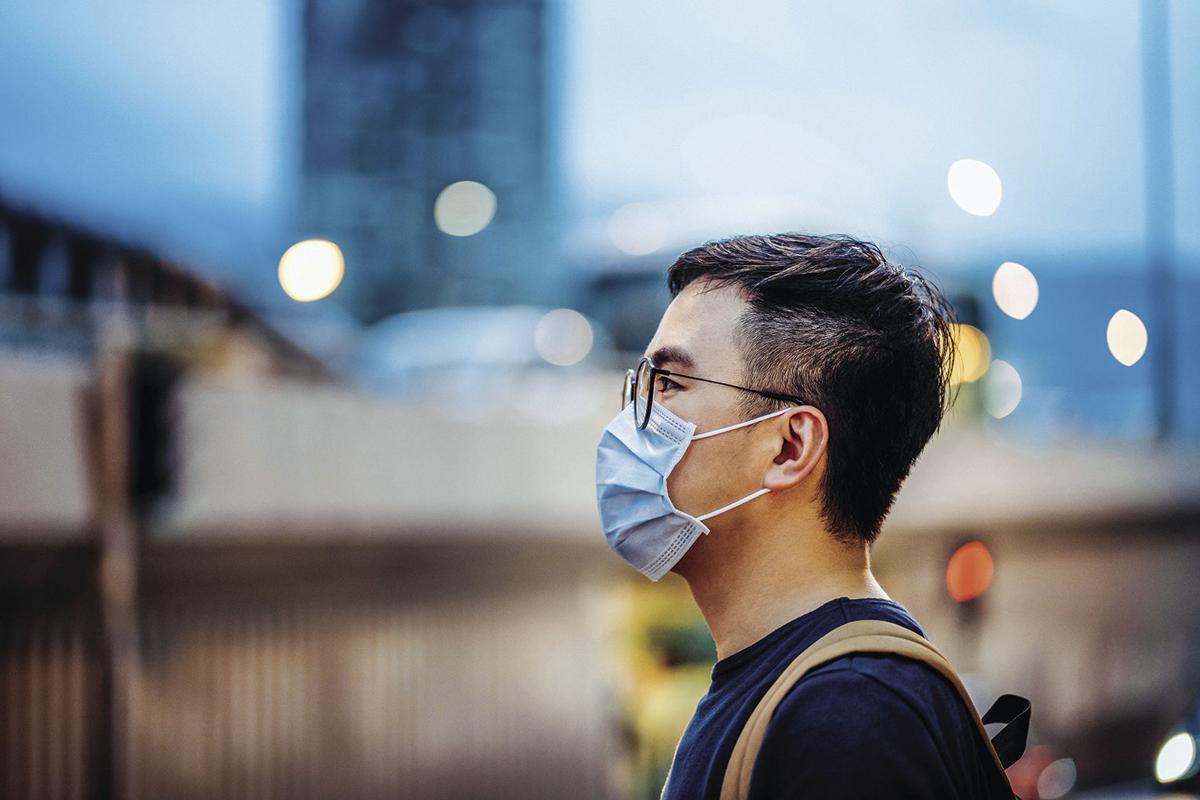 When you see this image throughout this and subsequent editions of the newspaper, it denotes special report coverage related to COVID-19. 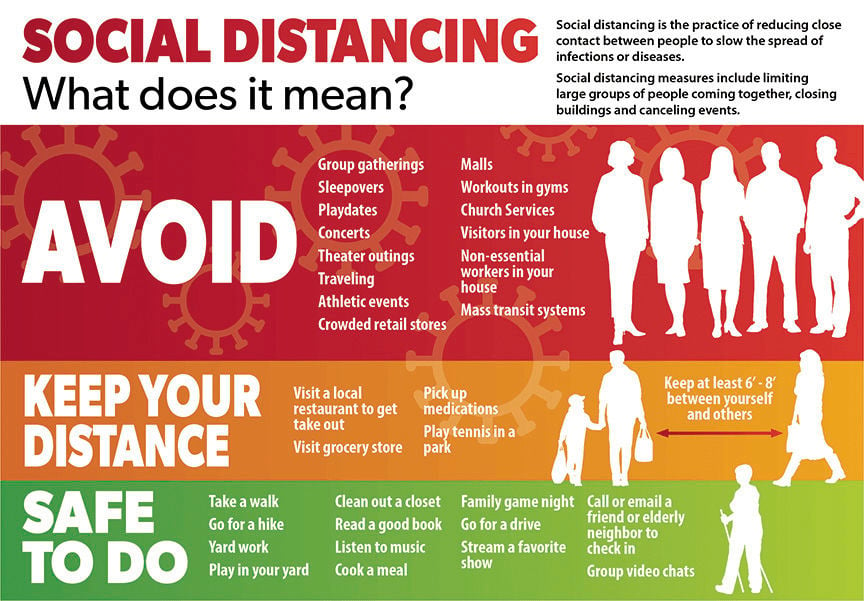 When you see this image throughout this and subsequent editions of the newspaper, it denotes special report coverage related to COVID-19.

CLAY COUNTY — As of Tuesday, March 24, residents of Clay County were ordered to stay at home except for essential needs. Clay County’s order is in effect through Friday, April 24.

“Detention Center personnel, 911 dispatchers and others remain on duty and dedicated to the safety of the public. We are continuously in contact with other local, state and federal partners to maintain a level of situational awareness that’s needed to keep our residents informed, prepared and safe,” he said.

Bazzano, like those with other first response agencies across the county including area police and fire protection agencies, ask that if one feels ill when calling for 911 services, to advise the dispatcher, especially if symptoms include those for COVID-19 such as fever, cough and shortness of breath.

”By answering a few questions, the dispatchers will know how to guide first responders to take appropriate precautions during face-to-face interaction,” Bazzano said.

Effective Friday, March 20, with the county state of emergency order issued, while county deputies will continue to service emergencies, they suspended ordering the seizure or attachment of alleged illegally taken or wrongfully withheld property, other similar writs and execution of evictions through Sunday, April 19.

Last Monday, Sheriff Paul Vescovo told the Courier-Tribune he had no plans to release inmates related to COVID-19 concerns as some jails across the county have considered, saying the Detention Center in Liberty has protocols and the means to isolate inmates who may fall ill.

Last week, visitation to inmates was suspended and remains in effect until further notice. Also last week, professional visitations to the jail in Liberty were suspended, tentatively, through Monday, April 6. Community events hosted by the sheriff’s office such as the citizen’s academy are suspended.

“Please understand this was not an easy decision to make. However, if we choose to not do this, we are placing our citizens at risk. My No. 1 priority as your mayor, is your health and safety,” Pogue said in the release.

In addition to a stay-at-home order announced this week, on Thursday, March 19, Kearney added the city’s recycling and composting facility to the list of city facilities closed to the public through March. Other closed city facilities include the City Hall lobby, although the foyer doors will remain open; the Historic Museum; Kearney Senior Center; and Firehouse Community Center.

In an update to the Courier-Tribune, Pogue said he knows the community is tense and feels a sense of panic but he encourages everyone to stay calm, saying if all follow the new orders, the community will remain safe.

“I know there is a feeling of public panic and concern, how could there not be? But, I want to remind people that these orders are in place for safety and that they should not panic. People should be following and reading factual information from reliable sources,” he said.

A release Monday, March 23, from Kearney’s City Administrator Jim Eldridge states under the city’s stay-at-home order, as with the county’s regarding public parks, city parks will remain open, but playground equipment use is not advised.

“Practice social distancing, at least 6 feet between people and gather in groups of 10 people or less. Use hand sanitizer containing at least 60% alcohol,” a notice on city playground equipment states.

The full Clay County order can be read by clicking {a href=”https://www.clayhealth.com/DocumentCenter/View/1009/Clay-County-Public-Health-Emergency-Order---Updated-32220” target=”_blank”}HERE.

On Thursday, March 19, Liberty Mayor Lyndell Brenton declared a state of emergency in response to COVID-19. On Monday, March 23, the Liberty City Council along with Brenton supported Clay County’s amended emergency proclamation ordering people to stay home through April 24. The city extended its closure of public facilities including Liberty Community and Capital Federal Sports Complex through April 24, Liberty Silver Center through May 15; animal shelter to the public; and cancellation of youth soccer and volleyball programs and adult softball, basketball and volleyball.

“We have seen in other states how rapidly this virus can spread through communities and the impact it can have on our most vulnerable populations,” said Brenton. “As this situation has evolved, we have taken measured steps to stem the spread in our community.”

This declaration will remain in place until further action is taken by City Council. For a complete listing of Liberty closures, visit www.libertymissouri.gov.

“... We must come together as a community to work through this crisis not only for the well-being of our community members, but for the viability of our health system,” Brenton said. “We urge everyone in our community, regardless of age, to take all appropriate measures to prevent the spread of this virus.”

“They are dealing with the facts. They understand that this is a significant challenge, but we are up to the challenges,” he said. “They are making good, well-thought decisions and not reactionary decisions. No one wants to see those reactions made in haste because those may be seen as counter-productive.”

In a mayoral message to residents Sunday, Smithville Mayor Damien Boley encouraged citizens to follow the orders and social distancing protocols and continue to be kind to one another.

“Do check in with neighbors and family members via texting, phone calls, FaceTime or social media. Do go for a walk close to home, but remember to maintain 6 feet from those outside your immediate family,” he wrote.

In the city, restaurants that can stay open by offering curbside or drive-thru options are doing so, said the mayor, adding the city is doing what it can to help residents by not charging late or disconnect fees on utilities.

At their Tuesday, March 24 board meeting, aldermen, who met by teleconference, approved a state of emergency declaration similar to other cities across the Northland.

Editor and Publisher Brian McCauley can be reached at (913) 294-2311 or brian.mccauley@miconews.com.

What the order means

The following is a list of things citizens can and cannot do under a shelter-in-place order. These details are provided by Clay County Public Health under recommendation from the Centers for Disease Control.

What CAN I do?

Go to the grocery store or pharmacy

Perform your job or communicate through phone calls, video calls online or through other channels that are not in-person

Take care of elderly relatives, young children, those with medical needs or pets

What can I NOT do?

Dine in a restaurant or drink at a bar

Go to a nail/hair salon, clothing store, gym, fitness studio or get a massage

Go to a movie, concert, sporting event or worship service

Attend a wedding or funeral

Visit friends and family who do not live with you, especially those who are at high risk of getting seriously ill from COVID-19

What should I ALWAYS do?

Keep physical distance between yourself and others, about 6 feet

Wash your hands often, for at least 20 seconds

Stay home and away from others when you’re sick, cough or sneeze into you’re your elbow or always cover sneezes and coughs with a tissue that is promptly thrown away