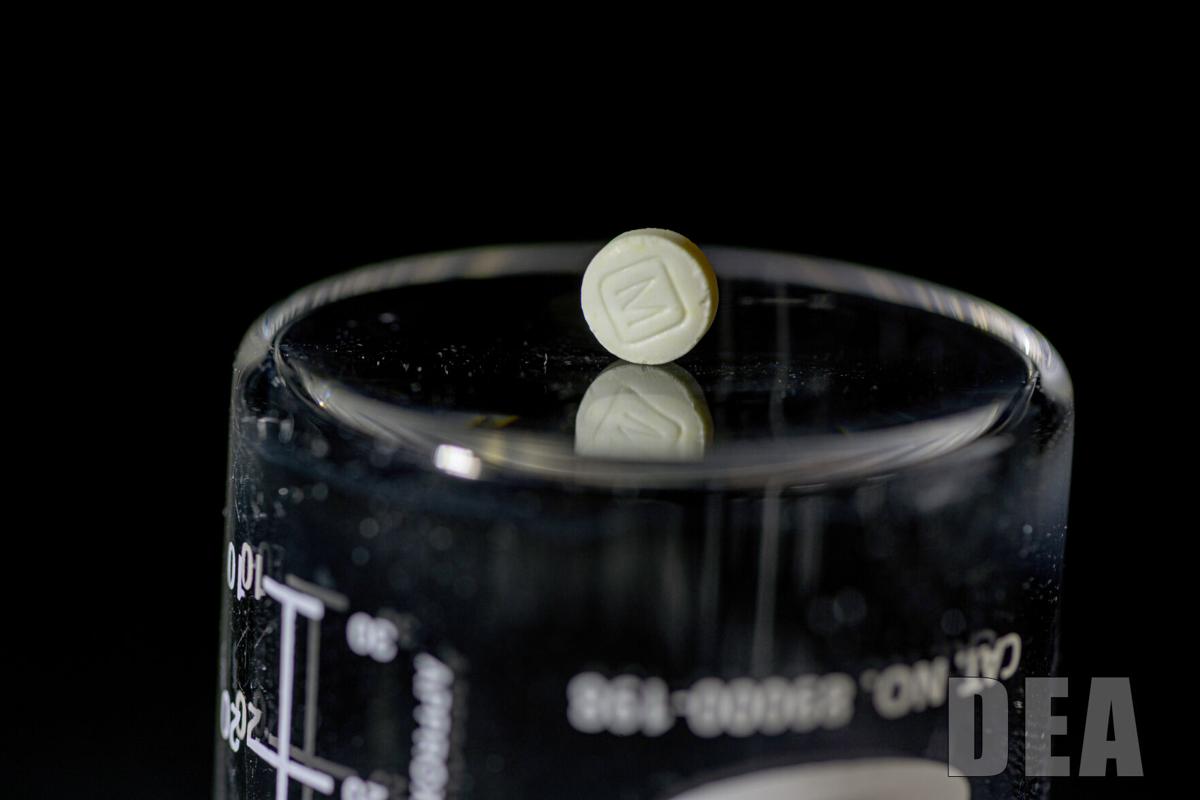 Drug Enforcement Agency officials say counterfeit pills like this 30-milligram fake oxycodone are increasingly being sold through online channels with deadly consequences. Many of these fake pills, according to the DEA, contain fentanyl, a powerful synthetic opioid that is similar to morphine but 50 to 100 times more potent. 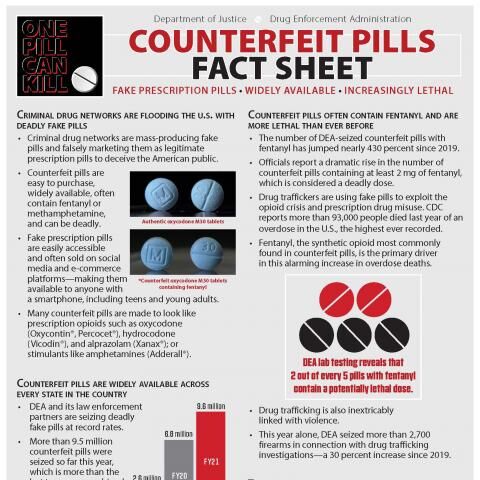 Drug Enforcement Agency officials say counterfeit pills like this 30-milligram fake oxycodone are increasingly being sold through online channels with deadly consequences. Many of these fake pills, according to the DEA, contain fentanyl, a powerful synthetic opioid that is similar to morphine but 50 to 100 times more potent.

CLAY COUNTY — Law enforcement officials with Clay County Sheriff’s Office are urging families to speak with children about the dangers of counterfeit drugs and accessing medications from sources other than a licensed pharmacy.

“Counterfeit prescription pills made with fentanyl are an increasing threat in Clay County,” states a sheriff’s office release. “We are investigating many of these cases involving the deaths and overdoses of teens and young adults. For the first time since 2015, the U.S. Drug Enforcement Administration has issued a public safety alert, and it’s about this threat.”

The DEA has seized more than 9.5 million of these types of counterfeit pills so far this year, an amount more than the last two years combined.

“These pills are widely available on social media and ecommerce platforms,” states the sheriff’s office release. “These pills look like genuine prescription drugs and cannot be distinguished by appearance alone. Please talk to your kids about the dangers of getting prescription medication from anywhere other than a pharmacy.”

According to the DEA, counterfeit pills are “more lethal than ever before.”

Anyone with local information about distribution of these pills can report it at sheriffdrugtaskforce@claycountymo.gov. More on this developing story will be published as details become available.

See how heroin user tests drug for the presence of Fentanyl

Dr. Sanjay Gupta explains how Omicron compares to other variants

Criminal drug networks are mass-producing fake pills and falsely marketing them as legitimate prescription pills to deceive the American public.

Counterfeit pills are widely available, and DEA and its law enforcement partners are seizing deadly fake pills at record rates.

The only safe medications are ones prescribed by a trusted medical professional and dispensed by a licensed pharmacist.