State Auditor Nicole Galloway and Gov. Mike Parson go tit for tat with accusations and rebuttals on the state’s coronavirus response, crime and state budget during a gubernatorial debate last week in Columbia. 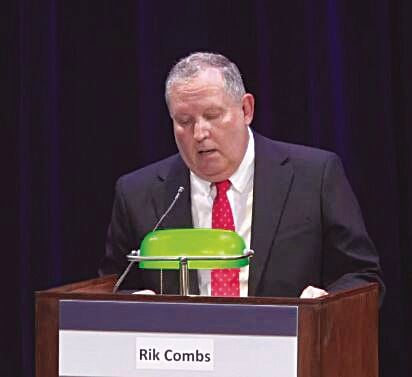 Libertarian candidate Rik Combs snubbed government shutdowns and stay-home orders related to the COVID-19 pandemic during the candidate debate, saying the state needs to be fully open, that educational control should be at the local level. 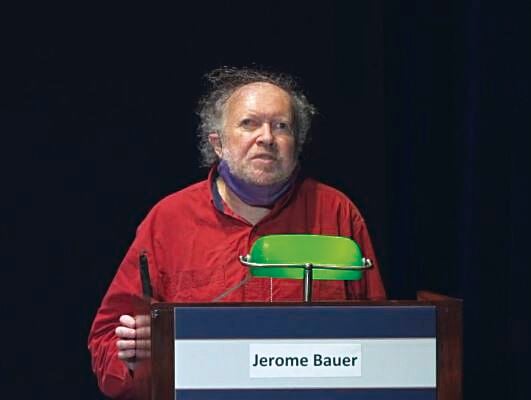 In regard to racial relations and issues with crime in Missouri, Green party candidate Jerome Bauer sys he believes in reparations or restitution and that overpolicing in areas of color makes matter worse as it escalates situations.

State Auditor Nicole Galloway and Gov. Mike Parson go tit for tat with accusations and rebuttals on the state’s coronavirus response, crime and state budget during a gubernatorial debate last week in Columbia.

Libertarian candidate Rik Combs snubbed government shutdowns and stay-home orders related to the COVID-19 pandemic during the candidate debate, saying the state needs to be fully open, that educational control should be at the local level.

In regard to racial relations and issues with crime in Missouri, Green party candidate Jerome Bauer sys he believes in reparations or restitution and that overpolicing in areas of color makes matter worse as it escalates situations.

The state’s COVID-19 response, crime and state budget took center stage as candidates for Missouri governor gathered for the first, and possibly only, gubernatorial forum Friday, Oct. 9, in the Missouri Theatre in Columbia.

Gov. Mike Parson, a Republican; State Auditor Nicole Galloway, a Democrat; Libertarian nominee Rik Combs; and Green Party nominee Jerome Bauer all shared the stage for the debate, televised on KOMU 8 and co-sponsored by the University of Missouri School of Journalism and the Missouri Press Association. The event was also livestreamed on the Courier-Tribune’s website, mycouriertribune.com.

Looking at the pandemic

The event quickly became a clash between race frontrunners Parson and Galloway as Galloway went on the attack early, taking aim at Parson’s two-year record as governor, saying he was “in over his head.”

“When Gov. Parson was asked if he took responsibility for his government’s response to this virus, he said no and compared it to car crashes,” the Democratic hopeful said. “… This has been a failed test of leadership.”

Parson staunchly rejected Galloway’s criticism, saying his administration’s response has been a balanced approach. He said the state’s unemployment rate is below what experts predicted, and thanks to the plan’s approach and those involved, a majority of students are back in classrooms.

“We’ve actually reached out to Washington University, MU, the Missouri Hospital Association — the experts in Missouri,” he said, “and put a plan together — the Show Me Strong Recovery plan — with PPE, with testing. And we went from 2,000 tests a week to over 125,000.”

Combs snubbed government shutdowns and stay-home orders, saying the state needs to be fully open, that educational control should be at the local and not the state level and that children need to be in classrooms as virtual learning will prove to be a failure.

“The danger to children is not so great as it is to older folks and folks with comorbidities,” he said.

Bauer said education of students is important, but leaders should be cautious and err on the side of safety. If a shutdown of schools is needed, it should happen, but for virtual education to be successful, he said all Missouri students need access to technology that is user-friendly to all, including those like himself that may be blind or have other disabilities.

Bauer said experts, not politicians should be center stage when it comes to presenting the public with facts.

“Politicians shouldn’t be the ones at the podium when we’re talking about public health issues,” the Green party candidate said. “In any given room, half the people didn’t vote for the politician.”

When the debate turned to the issue of rising violent crime, Combs said the focus of the legislature should be shifted to drugs and gangs.

“What I’d like to do is get together a good task force involving federal agents, and for the state police and locals to go in and start working on some of these gang issues and some of these drug cartel trafficking routes,” he said.

Parson touted the legislature’s special session he called on crime, pointing out his efforts to get more police officers across the state and changes to the state witness protection program that resulted from the session.

Bauer said he believes in reparations or restitution and that overpolicing in areas of color makes matter worse as it escalates situations. What is needed, he contended, are efforts like the Cure Violence program that is based on people in the community working together to combat gun violence and “interrupt violence when it happens”.

He added issues like drugs and addiction should be treated more like mental health and public health issues than criminal violence issues.

Galloway characterized the General Assembly’s special session as mostly a failure with only two of five bills passing into law.

Parson said he would continue to support the men and woman of law enforcement while Galloway supports people who advocate for defunding the police including Cori Bush, the Democratic candidate for the U.S. House of Representatives who defeated longtime incumbent Lacy Clay in the August primary in Missouri 1st District.

Galloway said she does not support defunding the police, but does support looking at the root causes of crime like lack of economic opportunity and disinvestment in education. Galloway added she supports added funding for social work and other programs that may help remove police officers from situations they are not well equipped for.

“There is only one person on this stage who has actually defunded the police, and that is Gov. Parson when he cut $1.8 million from our state police force earlier this summer,” she added.

Looking at the state budget

When debate turned to the state budget, Galloway called Parson’s economic strategies “short-sighted.” She emphasized a need in growing small businesses and investing in workforce development.

“It’s so unfortunate that the governor had to cut $100 million from our higher education budgets this year after it was restored by the legislature,” she said, adding that “$230 million was cut from our K-12 education.”

Parson said the actual cut was smaller, and was done “because everybody in Missouri had to tighten their belts with what we were doing through with a pandemic.”

“Government doesn’t get a free pass on that, and we were up front with how they were going to implement that,” he said.

Bauer, who is also on Medicaid, said he is in favor of the Medicaid expansion requirement passed by voters in August, adding he received an adverse action notice two years ago and nearly lost his access to the program.

“I managed to get it straightened out at the last possible minute, but not everybody is so lucky,” Bauer said. “Health care is a human right.”