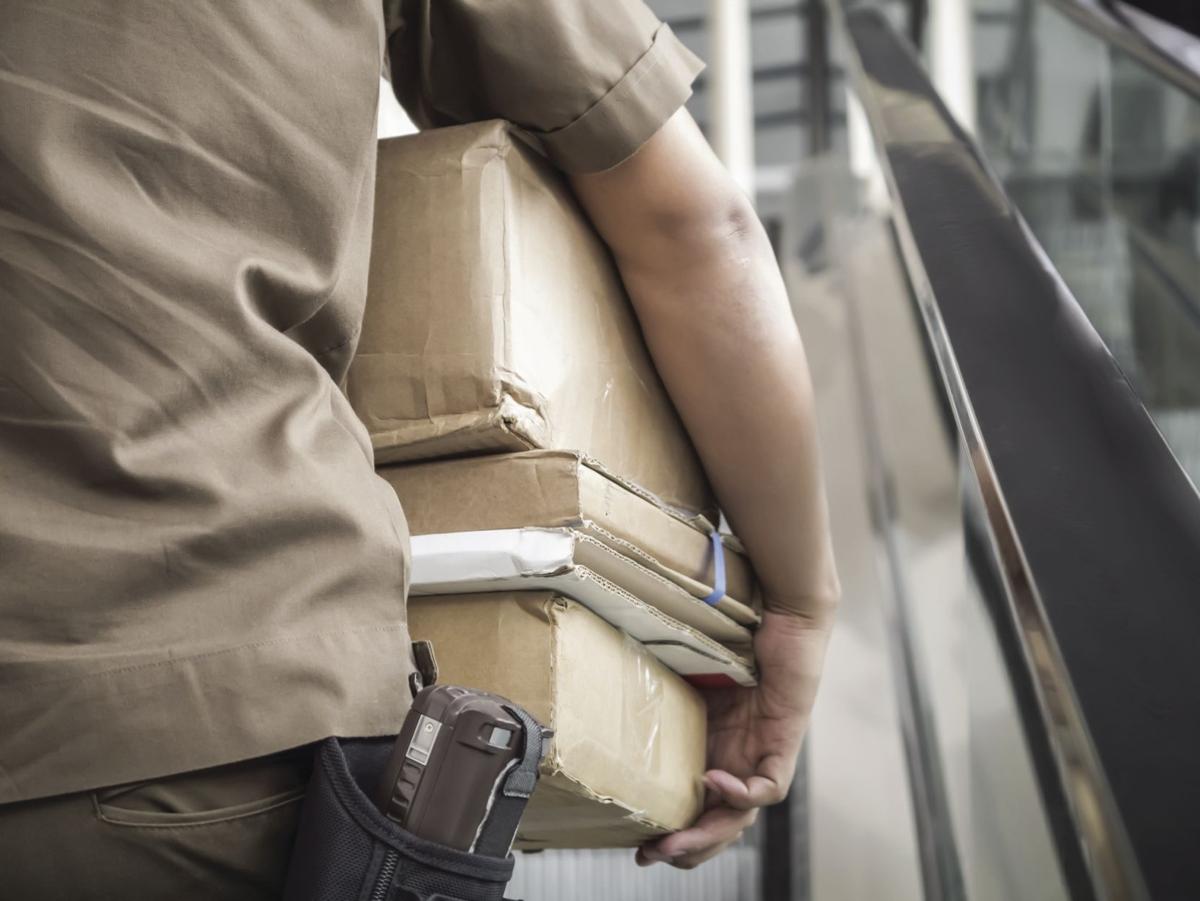 Area law enforcement officials say having packages delivered to an office or trusted location where items will not be left outdoors is one way to help keep deliveries safe. 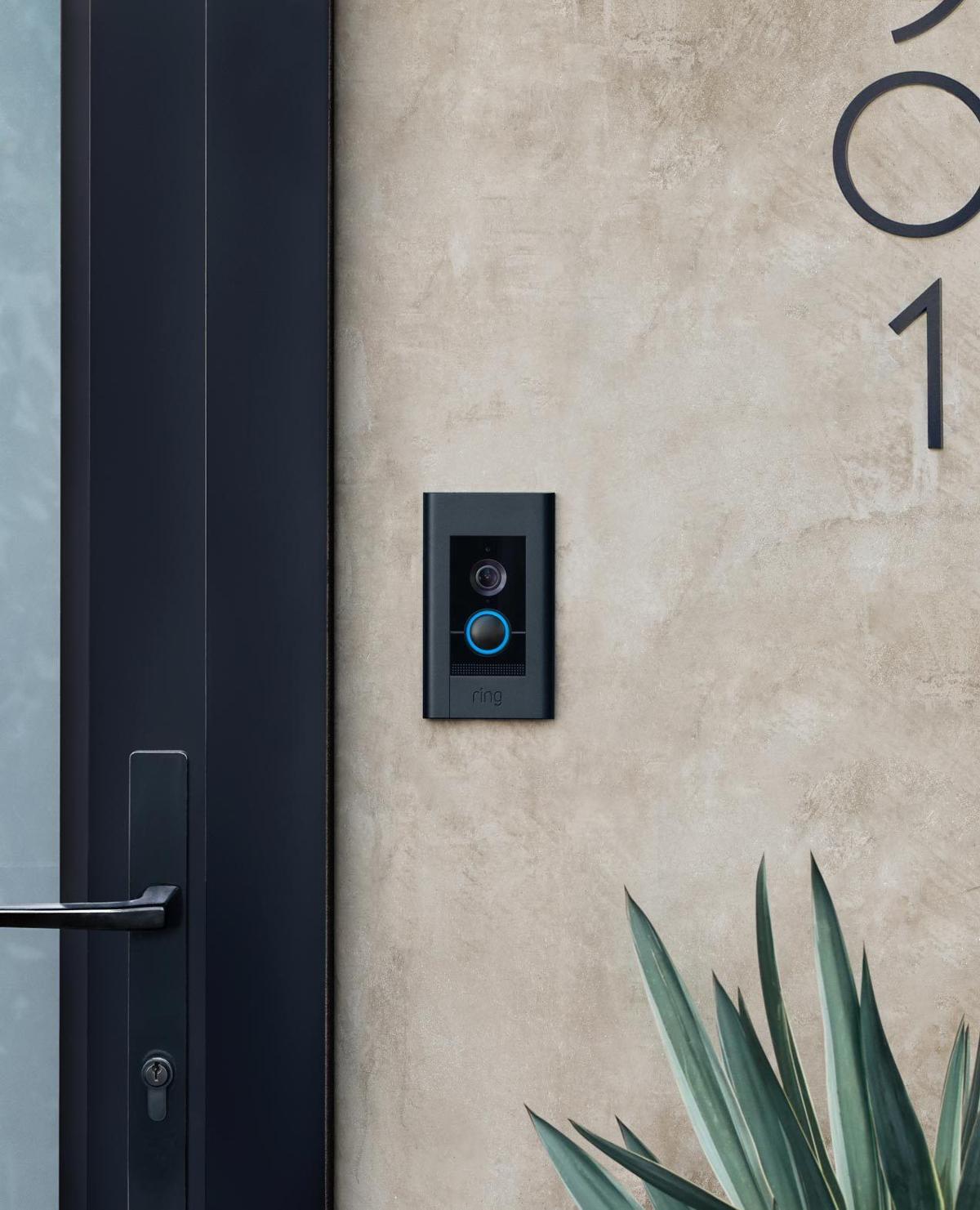 Ring doorbell cameras, like the one seen here, police say are making a difference in deterring some thieves looking to steal packages from porches.

Area law enforcement officials say having packages delivered to an office or trusted location where items will not be left outdoors is one way to help keep deliveries safe.

Ring doorbell cameras, like the one seen here, police say are making a difference in deterring some thieves looking to steal packages from porches.

As the holiday gift-giving season is upon us, deliveries of valuable packages are on the rise across the Northland. While the increase in deliveries may bring added holiday cheer in the form of gift surprises, it also creates more opportunities for theft.

According to a survey by Xfinity Home, Comcast’s home security service, an estimated 30% of Americans say they’ve been the victim of a porch pirate, someone who has stolen a package from their doorstep or front porch. The issue is one regularly noted on community chat platforms like NextDoor.

“There are certainly plenty of videos out there you see of people stealing packages,” said Liberty police’s Public Information Officer Capt. Andy Hedrick.

This holiday season in Liberty, Hedrick said police have not received an onslaught of calls related to package theft, but that there are multiple reports made each year.

“I do think there are a fair amount of issues that don’t get reported,” he added. “We can’t investigate crimes we don’t know about and we do recommend people report them.”

As with other police departments, in Kearney, police Lt. John Stewart said the city has roughly 10 to 15 package theft reports per year.

In Smithville, Capt. Tony Roetman said the city has been “extremely lucky” as he knows of no package theft reports during this holiday season.

“But from year to year, it’s kind of hit or miss,” he said. “We’ve had reports of some people following delivery drivers from UPS, Amazon or FedEx as they go by.”

Like Roetman, Hedrick said some delivery drivers in Liberty have reported being followed. In addition, he said, some residents have caught thieves in the act and called police.

How to protect deliveries

Advancements in technologies like doorbell cameras, Stewart said, have aided in deterring some thefts.

Ring is a brand of home security equipment that connects to a property’s Wi-Fi network and sends real-time notifications to a smartphone or tablet when someone is at a door or when the camera detects motion. One of the more popular Ring products in recent years is a doorbell camera.

“Those people with them have been good about calling us saying, ‘Hey, I saw someone walking through my yard, … or I saw someone go up to my porch, will you go check it out?,’” Stewart said.

Roetman said doorbell cameras are a big help for investigators when issues arise.

“It doesn’t help us ID the person, but it does give us a starting point,” he said.

Hedrick said home security systems like doorbell cameras are a deterrent to some as most criminals do not like to been seen, but reminds homeowners that they do not stop all thieves.

“It doesn’t solve everything, but it is good for follow up,” he said.

Other options aimed at improving package security include retailers allowing customers to provide access codes for drivers to enter a garage to drop a package out of site of would-be thieves.

While some across the Northland including officers of local police departments, take advantage of the option, area public information officers urge caution in doing so.“It’s a calculated risk,” said Hedrick. “If you trust the company delivering it, then maybe that is a better option for you than leaving it on the porch.”

Stewart said his understanding of companies using access codes is that a driver is given a one-time use code, which means the driver doesn’t have permanent access. While the option to provide those details are a personal choice, Stewart said he wouldn’t give that kind of access to someone unknown.

“I personally think it’s a recipe for disaster,” said Roetman. “I’m not saying there aren’t quality people out there doing those deliveries because there are, but on a personal level, I wouldn’t do it.”

Schumer: We will force votes on witnesses and documents

2. Make connections with neighbors. Both Liberty's Capt. Andy Hedrick and Smithville's Capt. Tony Roetman said having a trusting relationship with a neighbor who will be at home and keep a watch out for a package or bring it inside for someone is a good safety measure.

3. See something, say something. Stewart said in addition to having a neighbor watch out for your deliveries, others should be good neighbors as well by reporting suspicious activity they see to police.

4. Have deliveries sent to work. Rather than have packages delivered to residence where they run the risk of sitting outside for hours, officers in Kearney, Liberty and Smithville recommend sending packages to one's work or other safe location where packages will not be placed outdoors.