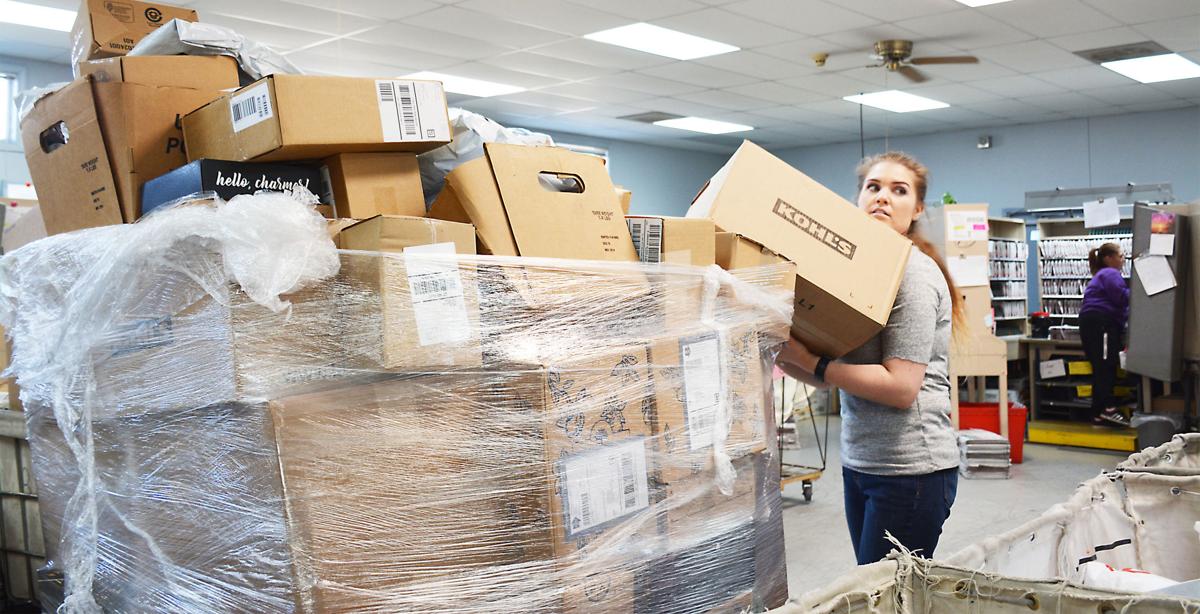 Kearney postal worker Jessica Swarms sorts packages for delivery at the Kearney post office, located off Platte-Clay Way. With a projected 800 million package deliveries between Thanksgiving and New Year’s Day, the U.S. Postal Service delivers more packages to homes than any other shipper. 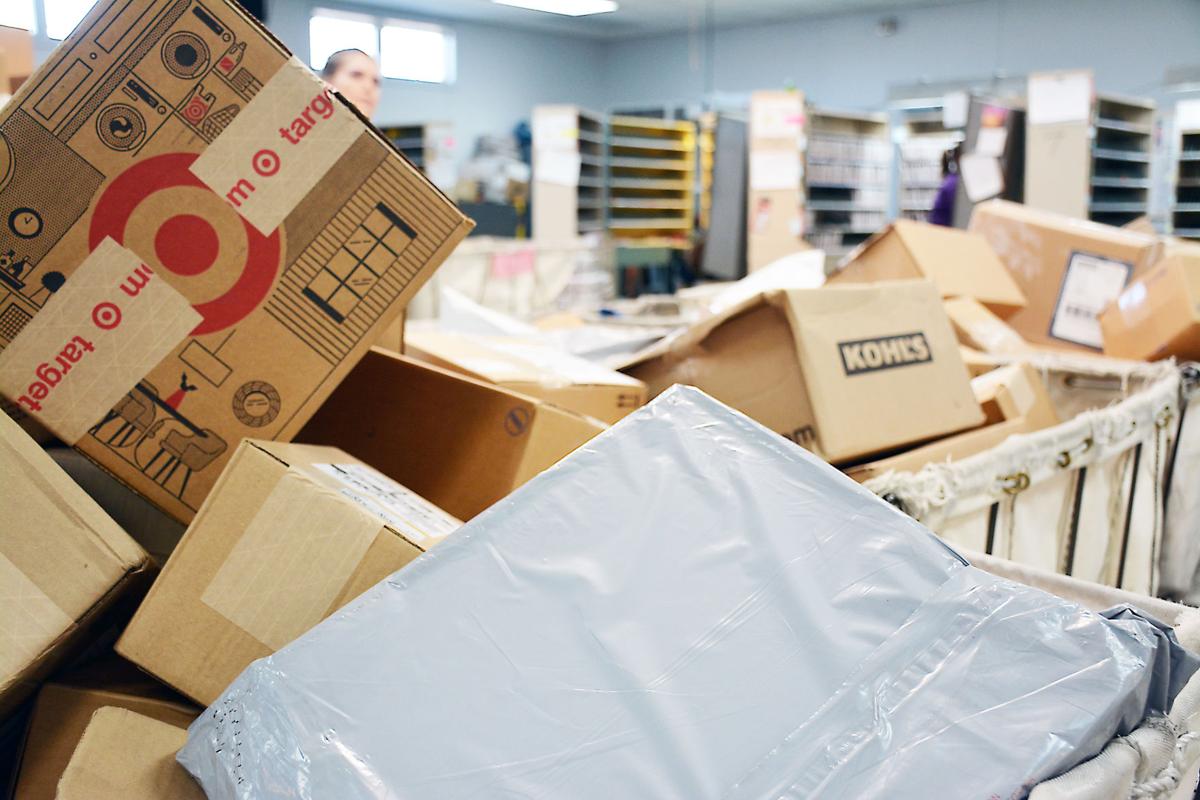 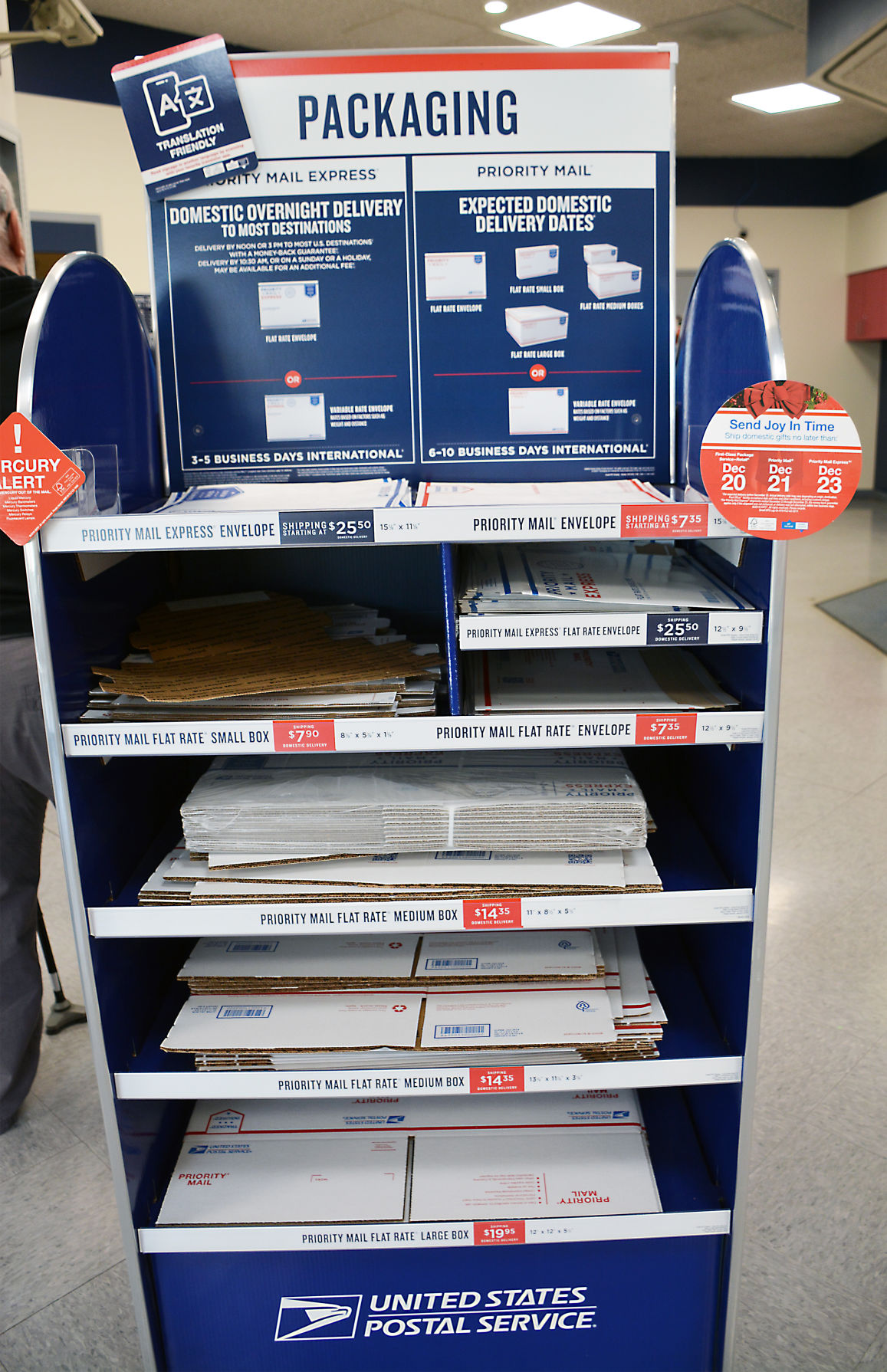 Kearney postal worker Jessica Swarms sorts packages for delivery at the Kearney post office, located off Platte-Clay Way. With a projected 800 million package deliveries between Thanksgiving and New Year’s Day, the U.S. Postal Service delivers more packages to homes than any other shipper.

With a projected 800 million package deliveries between Thanksgiving and New Year’s Day, the U.S. Postal Service delivers more packages to homes than any other shipper.

For the remainder of the year, USPS estimates it will deliver an average of 20.5 million packages per day. The peak shipping days, according to Mark Inglett, the postal service’s communications representative in Kansas City, will be between Monday and Saturday, Dec. 16 to 21.

“The Postal Service’s busiest time of the season peaks two weeks before Christmas, when much last-minute shopping starts,” he said. “... The week of Dec. 16 is expected to be the busiest time for mailing, shipping and delivery. Additionally, the Postal Service predicts that nearly 2.5 billion pieces of First-Class Mail, including greeting cards, will be processed and delivered the week of Dec. 16.”

“The DoD measures mail volumes in pounds not pieces, and USPS expects to process more than 15 million pounds of mail for DoD and DoS recipients,” wrote Inglett in an email to the Courier-Tribune.

Tracy Moberly, postmaster of the Kearney post office, said reported theft incidents are low at her post office and sometimes packages do not make it to the intended address not because of theft, but because of a missed delivery. When a package is delivered to the wrong address, Moberly said postal carriers try to recover the package with about a 99% success rate.

In Holt, Postmaster Felicia Nieland said about 1,000 packages will be handled this holiday season. As with other years, Nieland said sometimes there are a few complaints, but not many.

“We do try daily to get packages delivered correctly. Mistakes are possible, but they are minimal,” she said.

“With Track and Confirm being available to show activity for each package, we have great success with informing customers on the status of their packages. Customers can log onto usps.com/track and confirm or for updates as well,” said Inglett.

Moberly said advancements in GPS navigation also help carriers better identify addresses. In addition, Moberly said her post office has seen a decrease in packages to be delivered as Amazon is now doing many of its own deliveries.

“It’s significantly impacted our volumes,” she said of the Kearney post office.

If a customer has a delivery issue with a package from Amazon, Moberly said unfortunately the post office cannot help as they did not deliver it.

“We really have no recourse,” she said, adding the person should contact Amazon.

While some homeowners use security measures like lock boxes or provide garage keys to delivery drivers to try to keep packages safe, Moberly said postal carriers will not be responsible for accessing boxes or garages.

“We may have a carrier put something in a box on a porch or something like that, but we absolutely cannot be responsible for key or codes,” she said.

Dean: If Trump gets reelected, we'll have an unchecked president

Tag, you're it! Chidren's game gets revamp

When to ship packages