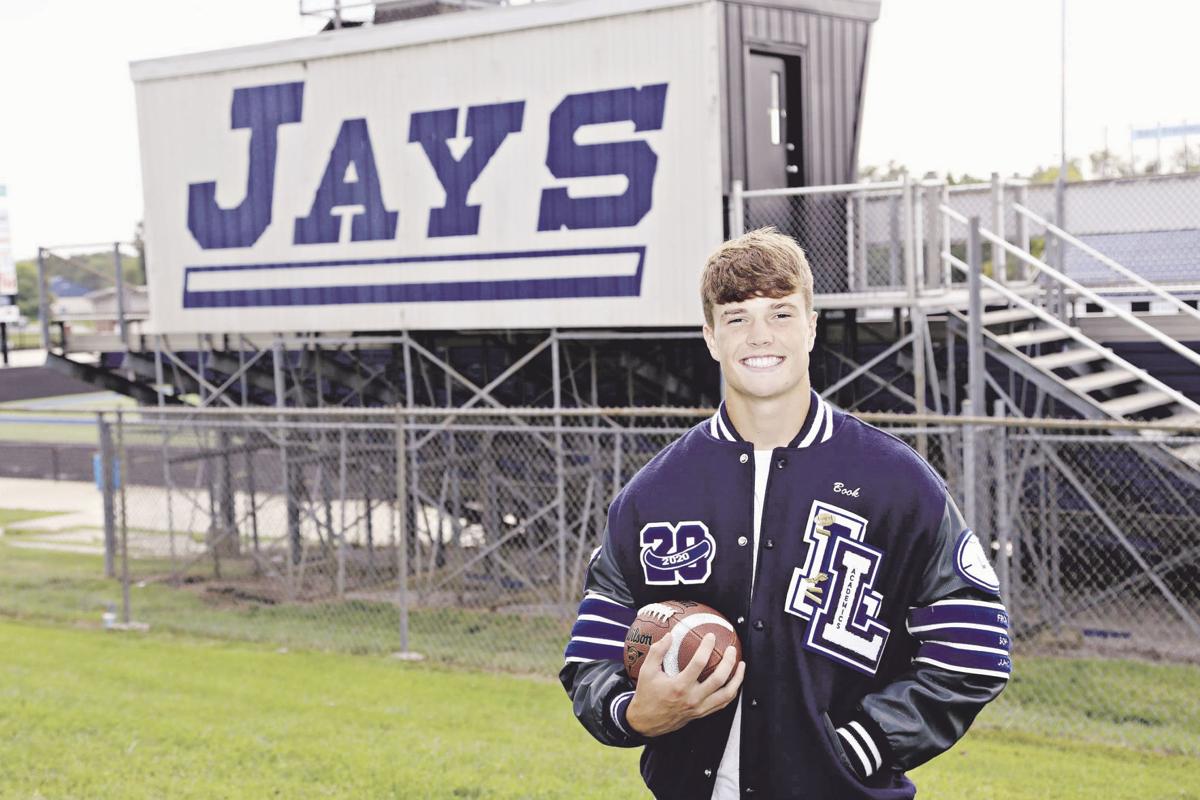 Michael Book will continue his football career at Kansas State. There he will study science. 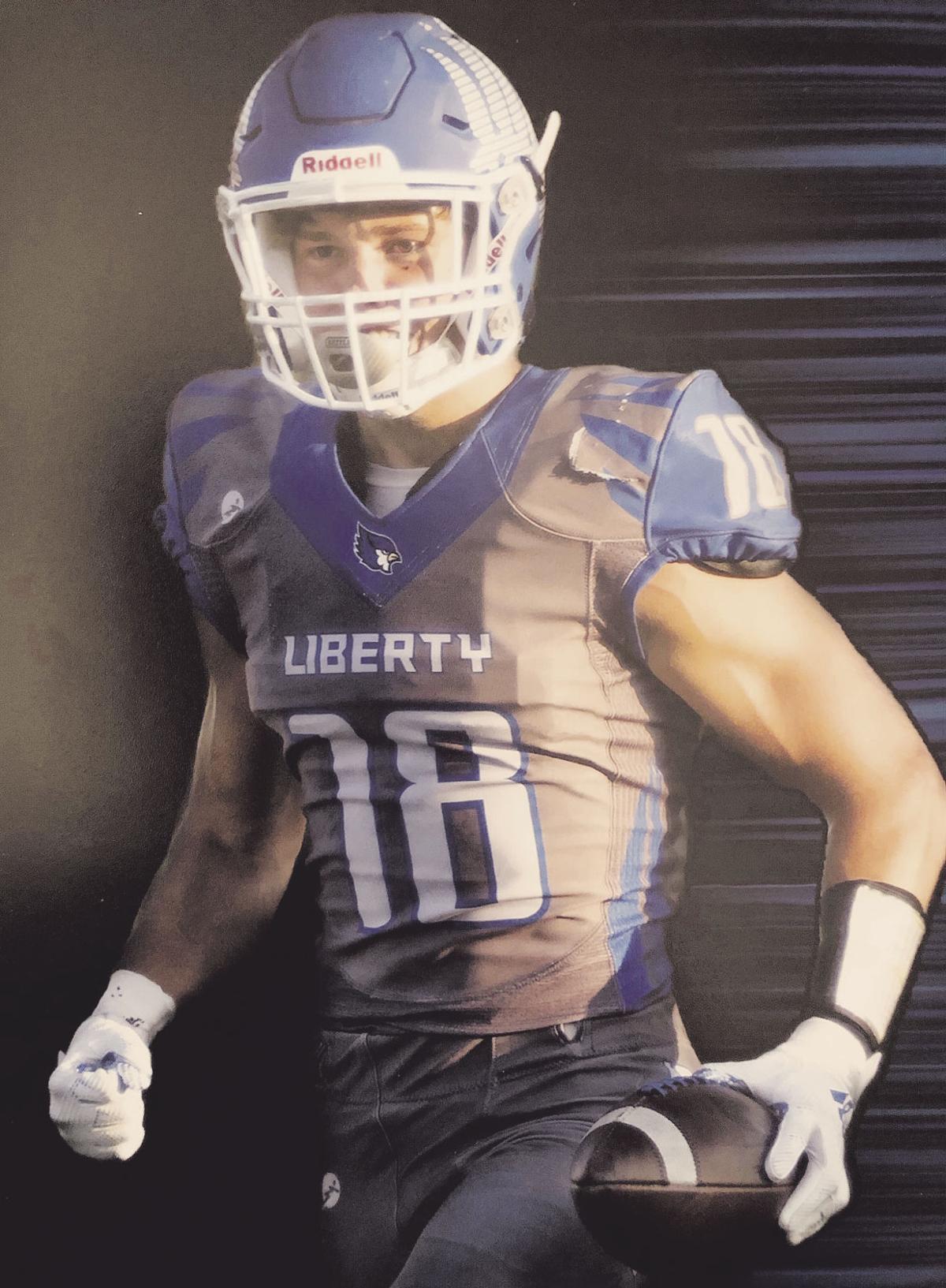 Michael Book will continue playing football this fall for the Kansas State Wildcats.

Michael Book will continue his football career at Kansas State. There he will study science.

Michael Book will continue playing football this fall for the Kansas State Wildcats.

LIBERTY — In the last couple years, if not on the football field, Liberty High School graduate Michael Book could be found working the baseball fields at Capitol Federal Sports Complex or serving up a fruity treat at Smoothie King.

“I was on the football team, three-year start,” Book said. “Also, the Sapphires dance, not the actual team, but they did a halftime show once a year with a couple of the athletes from different sports and I did that for a couple of years.”

Having spent time as a football camp coach, Book also ran track, was a member of National Honor Society and ranked Academic All- State in football multiple years in a row.

Graduating high school with a GPA of 3.94, Book said he is excited to attend Kansas State University, where he will continue playing football for the Wildcats while majoring in a science-based discipline.

“I was in honors biology, honors bio-chem, AP bio and honors Spanish four,” Book said, who is prepared to enter college with seven college credits.

On to his new adventure in Manhattan, Kansas, Book said high school helped prepare him for what the future could bring his way.

“(I’ve learned) to have a mental toughness,” he said. “Throughout sports that helped a lot and also in the classroom because there are a lot of times where it’s so easy to just give up, turn a shoulder and go try and start something new, but putting your head down and really fighting to grow, it’ll teach you a lot about what you can actually do as a person.”

Looking back, Book said his coaches had a lasting impact on his life.

“I really want to highlight Coach (Chad) Frigon, he helped me to be in the position I am today,” the graduating senior said. “He came in with coach (Brian Van Hauen). I don’t know what they saw in me my sophomore year, but they decided to play the 6-foot skinny guy as an outside linebacker and the rest is history.”

Book said he also couldn’t have made it this far without the support of his parents and other coaches through his high school years.

“Also coach (Sheldon Carpenter) and coach (Dan Davies) for track and helping me become the fastest, best athlete I possibly could be.”

For those entering high school, Book said his advice is to enjoy it while it lasts.

“Make the most of your time,” he said. “You’re going to hear it from every senior ever, but the time goes by so incredibly fast. You don’t notice until it’s over.”

Pelosi: Absolutely have to delay recess to pass relief bill

Alexandria Johnson and Michael Book are pandemic graduates, having left school for spring break and never returned. That being what it is, many graduating students arguably "missed out" on a plethora of high school experiences with the closure of school.

Johnson: "I always wanted to do senior skip day," Johnson said, feeling like she missed out. "Baccalaureate, prom and graduation ... I know that they are trying to reschedule graduation for July 19, but prom unfortunately isn't happening this year. There's just no way that they can reschedule that and baccalaureate is going to be virtual." However, Johnson said she did stay positive while at home. "My mom put together this parade for my neighborhood ... the whole entire neighborhood was out. Everyone had signs and they were saying 'congratulations, we're so proud of you.' So as much as corona has taken things away from us, it's also given many more ways for us to be recognized."

Book: "I would say I definitely missed out on my last season of track. It's your senior year in a sport and you want to make it the longest run you can. I mean, I think it hit hard for a lot of people, not just seniors but all students from all grades in general. Losing that one year of having that sport is huge for people in the sense that sometimes there's recruiting or just getting better at the sport," he said. "I say prom was also a big one. I went to prom junior year and I was really looking forward to it again."