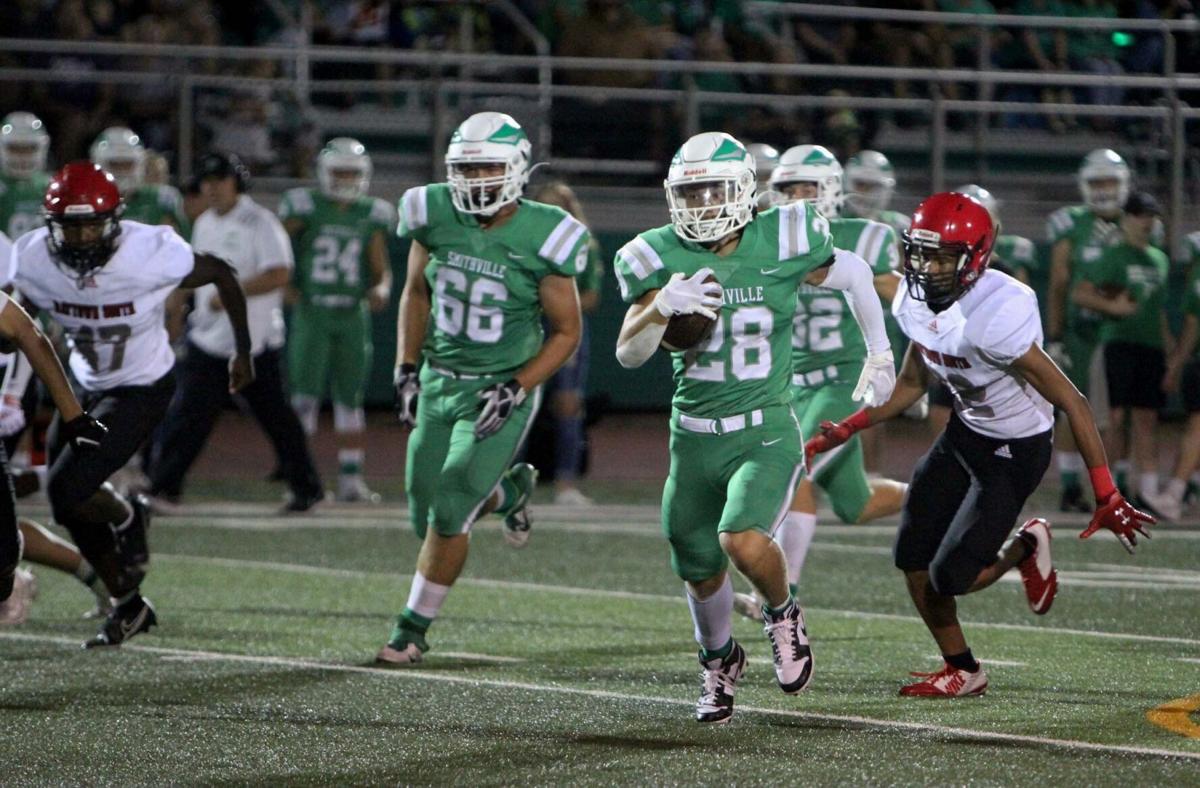 Hayden Sigg runs past the Raytown South defense in their 51-14 victory on Friday, Sept. 17’s home game at Smithville. 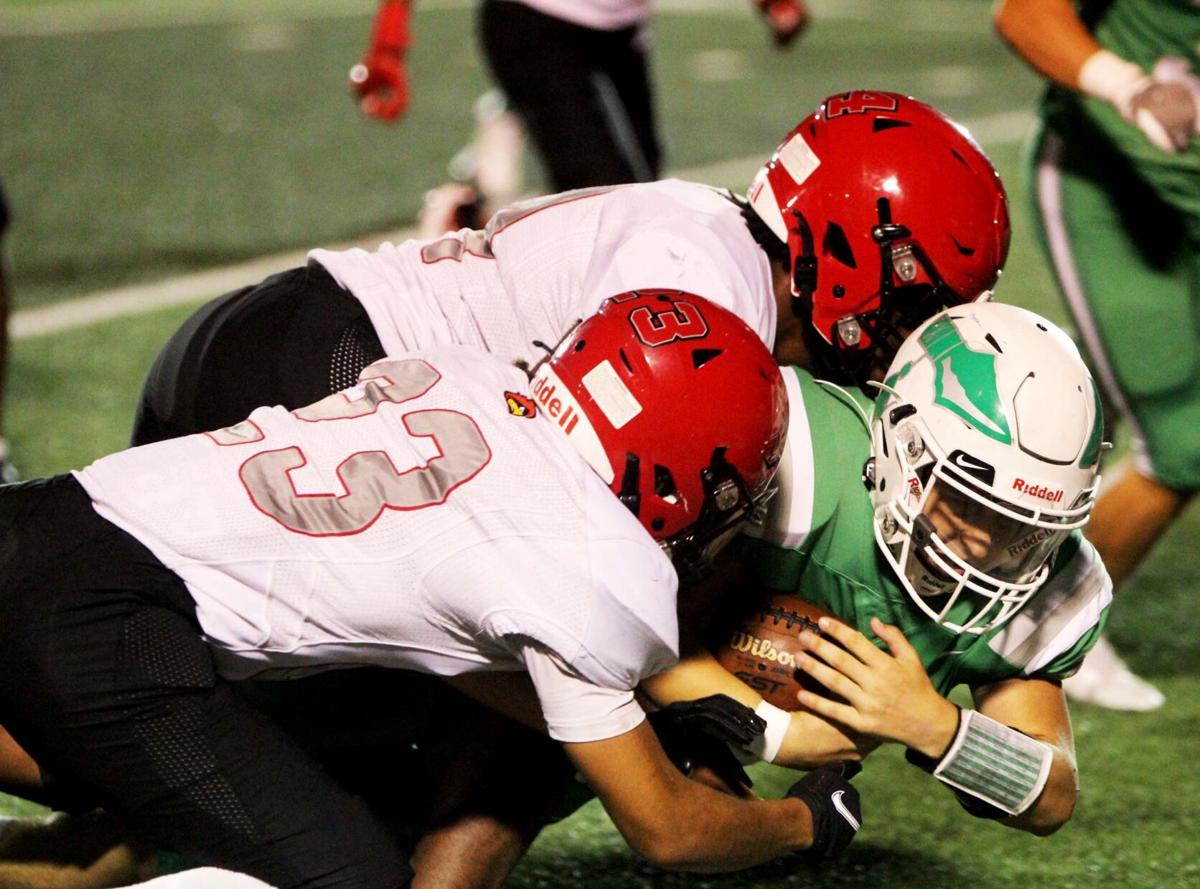 Hayden Sigg runs past the Raytown South defense in their 51-14 victory on Friday, Sept. 17’s home game at Smithville.

SMITHVILLE — Three plays and two touchdowns was all the Warriors needed to give them the early advantage. It was an advantage they never relinquished in their 51-14 victory over Raytown South on Friday, Sept. 17.

The fast start began with a 21-yard rushing touchdown by Hayden Sigg, who utilized a strong push up front by his lineman. Sigg finished with three touchdowns all on the ground for Smithville.

“O-line is the best in the state,” Sigg said. “They open holes for me and I run through it.”

On the next possession, the Cardinals went three plays and out for negative nine yards due to stingy defense from the Warriors. Smithville would get the ball back with great field position.

The Warriors used their shotgun, run-pass-option set all night, which dominated the Raytown South defense. It was in this set that quarterback Andrew Hedgecorth linked up with wide receiver Rhett Foster for the second score of the game.

The 58-yard touchdown gave the Warriors a 14-0 advantage inside the first five minutes.

“We have a quarterback who has great decision making,” Sigg said, and “a line that blocks very well and is very disciplined. Our wide receivers have great hands and instincts.”

Hedgecorth would finish with three passing touchdowns, throwing two of them towards Foster and another to Keltin Nitsche. Hedgecorth also threw zero interceptions in an efficient first half, which had the Warriors leading 45-0 at the break.

“We played the way we were capable of playing. Offensively, we moved the ball really well. Defensively, we got stops,” head coach Jason Ambroson said. “They made a few big plays and we rallied and got negative yardage plays right after. I thought that was nice from our defense.”

With the game out of reach, Ambroson subbed all of his starters at halftime, allowing back-ups to take part.

The only touchdown in the second half came from Adin Murawski, who rushed in for the score. Raytown South added two touchdowns in the second half, including a long passing touchdown off of a slant at the middle of the field that gave them 14 points on the night.

“Getting our eyes right and realizing what they were doing a little bit sooner,” Ambroson said about what his team needs to work on. “Our tackling needs to get better, too.”

The game was delayed 30 minutes due to storms in the area, but that did not deter the Smithville faithful from showing up and creating a loud atmosphere.

This is why Virginia gubernatorial candidates are vying for Latino votes

Andrew McCabe on Trump: I don't care what that guy has to say

Look what security found in this couple's luggage