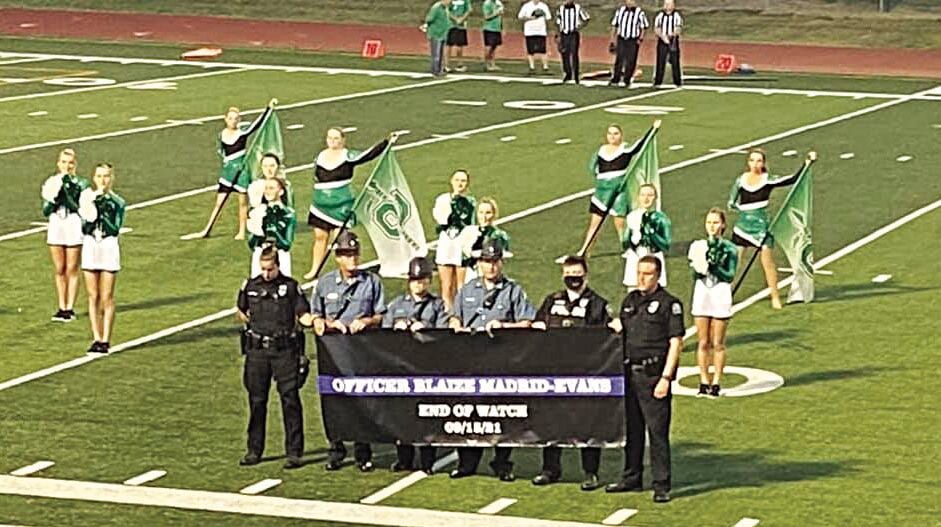 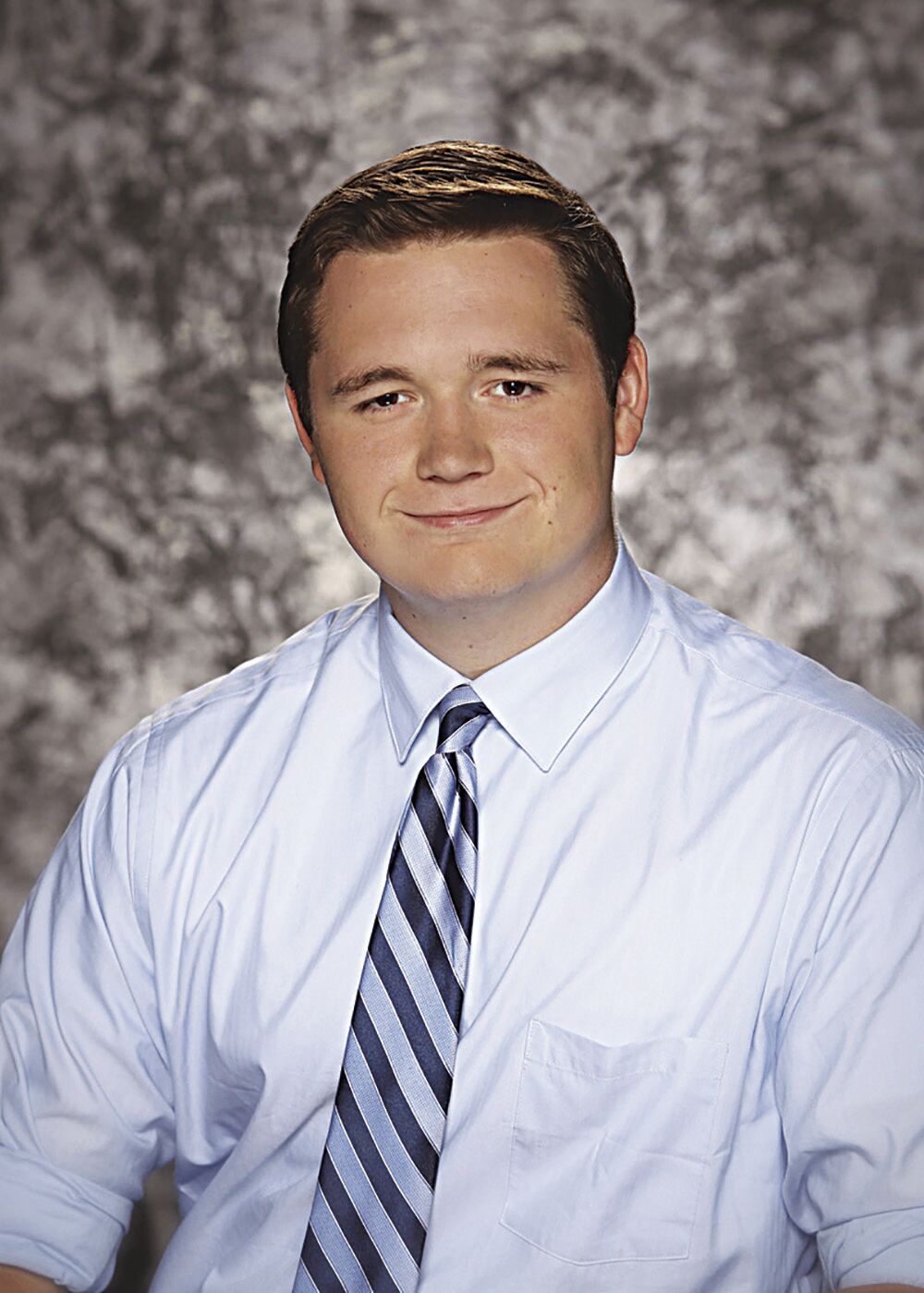 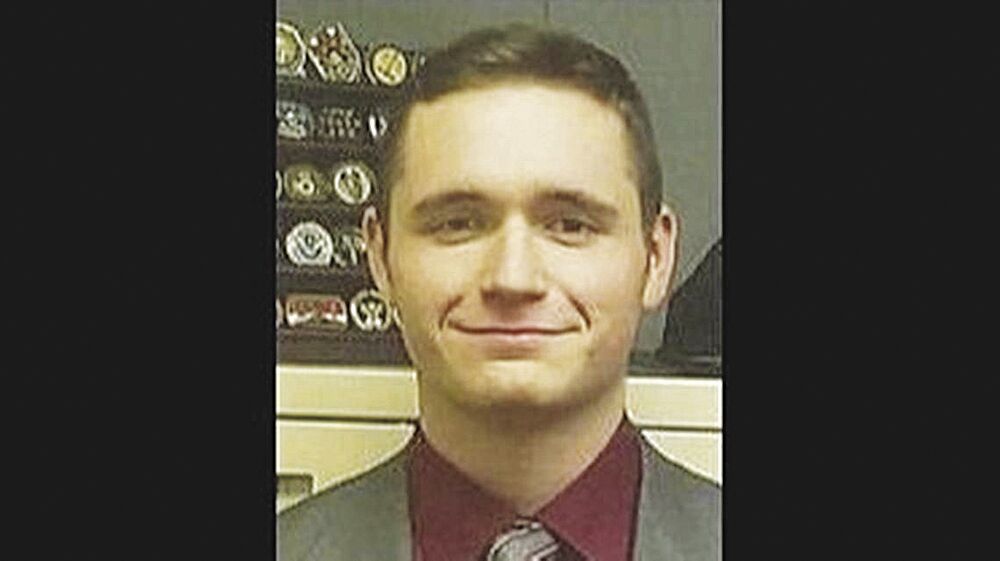 SMITHVILLE — Like many across the Kansas City metro area, people in Smithville are mourning the loss of Blaize Madrid-Evans, a 2018 Smithville High School graduate and new Independence Police officer who lost his life in the line of duty last week.

On Sept. 15, after only 18 days on patrol and two months after graduating from the police academy, Madrid-Evans was shot during an exchange of gun fire with a man being sought for violating parole on a firearm conviction. Accompanied by his field training officer, Madrid-Evans was responding around noon to a residence in the 2440 block of South Northern Boulevard in Independence at the time of the shooting.

Cody Harrison, the suspect in the fatal shooting, was previously arrested by Kansas Police with a handgun Sept. 2. According to police and court reports, in accordance with state law, Harrison was released after 24 hours. As of Monday, Sept. 20, he had yet to be charged in that incident. However, the convicted felon does face other charges from other incidents including burglary and stealing.

Dan Ulledahl, a Smithville alderman and owner of Chop’s BBQ in downtown Smithville, remembers Madrid-Evans as hardworking and a “good kid we lost way too young.”

Madrid-Evans worked in Ulledahl’s restaurant between 2017 and 2018, first as kitchen help, then as a server after learning all there was to know in the kitchen.

When he was old enough, Madrid-Evans couldn’t resist the call to serve his community further, and he joined the military, said Ulledahl.

“But even after that, he did come back and worked here a while before starting his EMT training and starting his career,” said the restaurant owner.

Ulledahl said Madrid-Evans was selfless and a “hero” who was passionate about his career.

“He was working as an EMT during COVID. We talked about that and he said it was rough, but he still wanted to do more in the community,” Ulledahl said. “… We need to give all our young people and our people support in what they want to do and make sure everybody is trying to keep them safe.”

“Blaize was an amazing kid and he was always kind and caring,” Mindy Lloyd, a spokeswoman for the Smithville School District, told Kansas City reporters. “He had a genuine heart. It is a loss to our community. It is a loss to law enforcement as a whole.”

“So kind. That’s what really stood out to me is just his kindness,” Smithville High School Counselor Jennifer Robinson told Kansas City reporters.

Stacey Sapp, Smithville High School’s bookkeeper, met Madrid-Evans as sponsor of the Interact Club, which is under the umbrella of Rotary Club.

“... The nursing home was by far Blaize’s most favorite service opportunity,” she said.

Sapp’s memories of Madrid-Evans include a young man who was kind, thoughtful, and generous.

“He wouldn’t hesitate to help a fellow student or another person. He enjoyed community service, outreach and generally serving his student body and community. He was a wonderful leader and a wonderful friend,” Sapp said. “I have no doubt his impact would have been far-reaching in the years to come. This is a great loss to his family, to his friends, to his brothers in blue and to the entire Independence and Smithville communities.”

For English teacher Alex Houck, Madrid-Evans always did his best.

Social studies teacher Katy Minnix had the late police officer as a junior in civics and his senior year for psychology.

“Both classes happened to be first thing in the morning! He was always one of the first in the classroom, often with a cup of coffee, and his positive energy was extraordinary for a high schooler at 7:45 in the morning,” she said. “In psychology especially, Blaize would ask a lot of great questions. I think he just really liked people and wanted to understand them better.”

After the young officer’s death, an outpouring of support from around Smithville and elsewhere in the metro began to pour in. Madrid-Evans was honored with a flyover and moment of silence at the Smithville football game Friday, Sept. 17. He was also honored at games elsewhere, including a Royals game at Kauffman Stadium.

Even in death, the young man with a servant’s heart continues helping others.

According to Independence Police, Madrid-Evans helped save the life of another officer by donating a kidney.

“Officer Madrid-Evans was an organ donor, and Springfield Police Department officer Mark Priebe, who was severely injured in the line of duty in 2020, needed a new kidney. The two were a match,” states an Independence Police release.

“I am forever grateful to officer Madrid-Evans and his family for providing this direct donation,” Priebe said. “I truly believe God had his hand in this and it’s been difficult to comprehend why I am allowed to continue to live, and this young, brand new officer had to pay the ultimate sacrifice. I hope that I can honor him and his family by the way I live my life.”

“Sept. 18th was National Thank A Police Officer Day. It was also the day that Mark was the recipient of a new kidney,” said Priebe’s wife, Heather Priebe. “… Mark has once again been given a second chance, thanks to a member of our thin blue line family. We hope we have the opportunity to meet officer Madrid-Evans’ family in the near future and we pray for them as they navigate through the days ahead.”

In addition to his parents, Madrid-Evans leaves a fiancée. To help the Madrid-Evans family, fundraisers across the region have been ongoing, including a police fraternal order cornhole tournament and Kansas City Police T-shirt sale. In addition, Price Chopper stores throughout the metro, including the one off U.S. Highway 169 in Smithville, will begin accepting donations starting Friday, Sept. 24. The grocery chain said 100% of the money collected will go to Madrid-Evans’ family.

“Our deepest condolences go to the Madrid-Evans family,” said Casie Broker, chief marketing officer for Price Chopper. “We are saddened by this tragic event and ask the KC community to help us support officer Madrid-Evan’s family.”

The procession route is being planned and details will be published as they become available. Members of the public are invited and encouraged to attend.