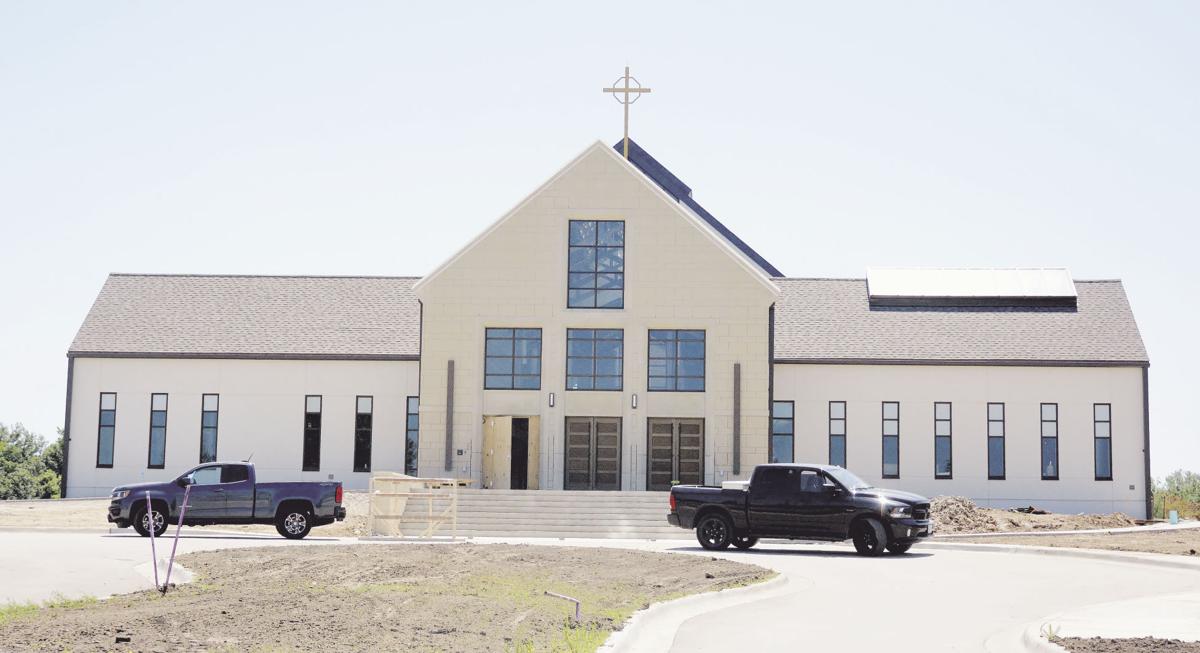 Minus some landscaping, the exterior work of the new St. James Catholic Church in Liberty is almost complete. 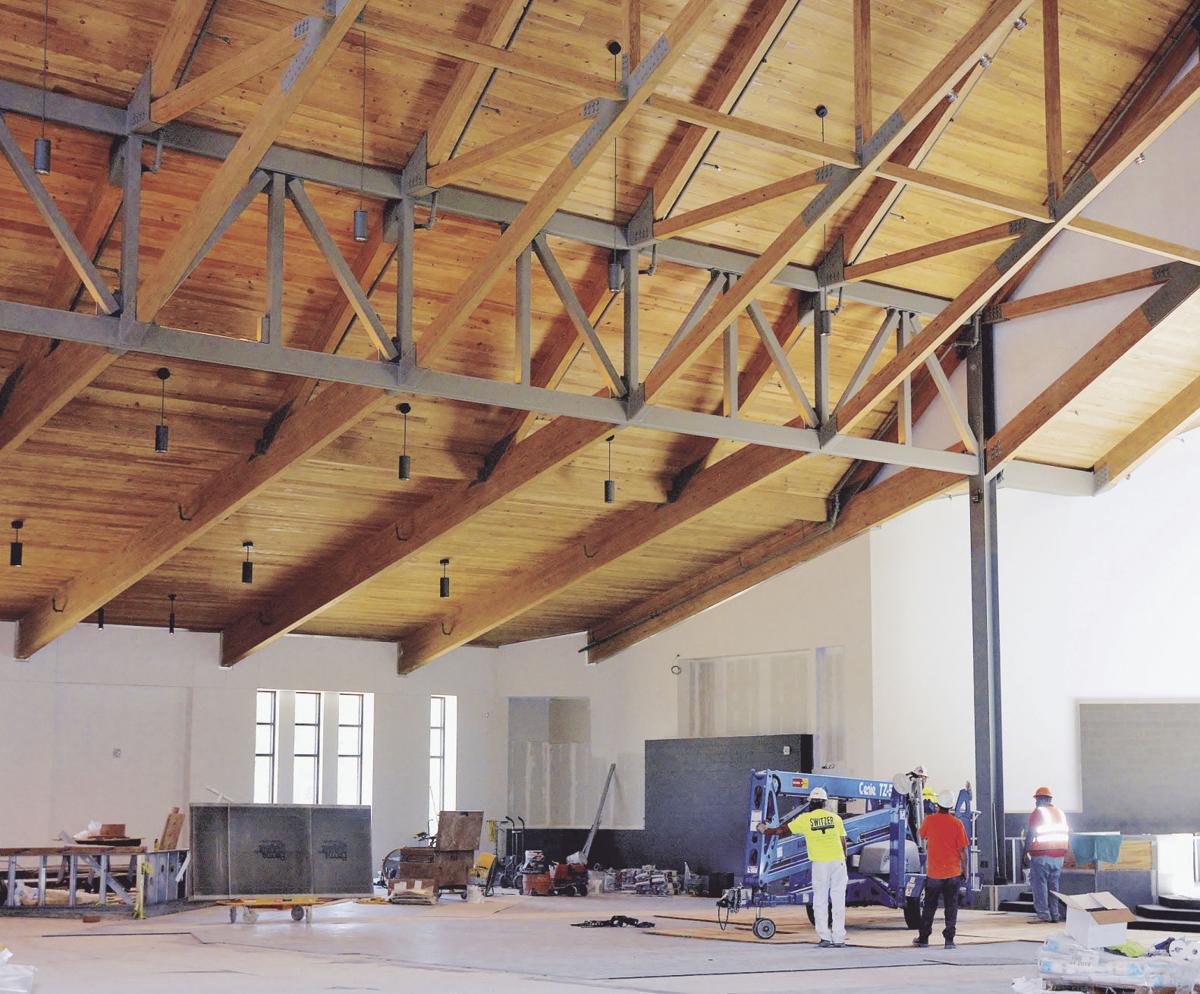 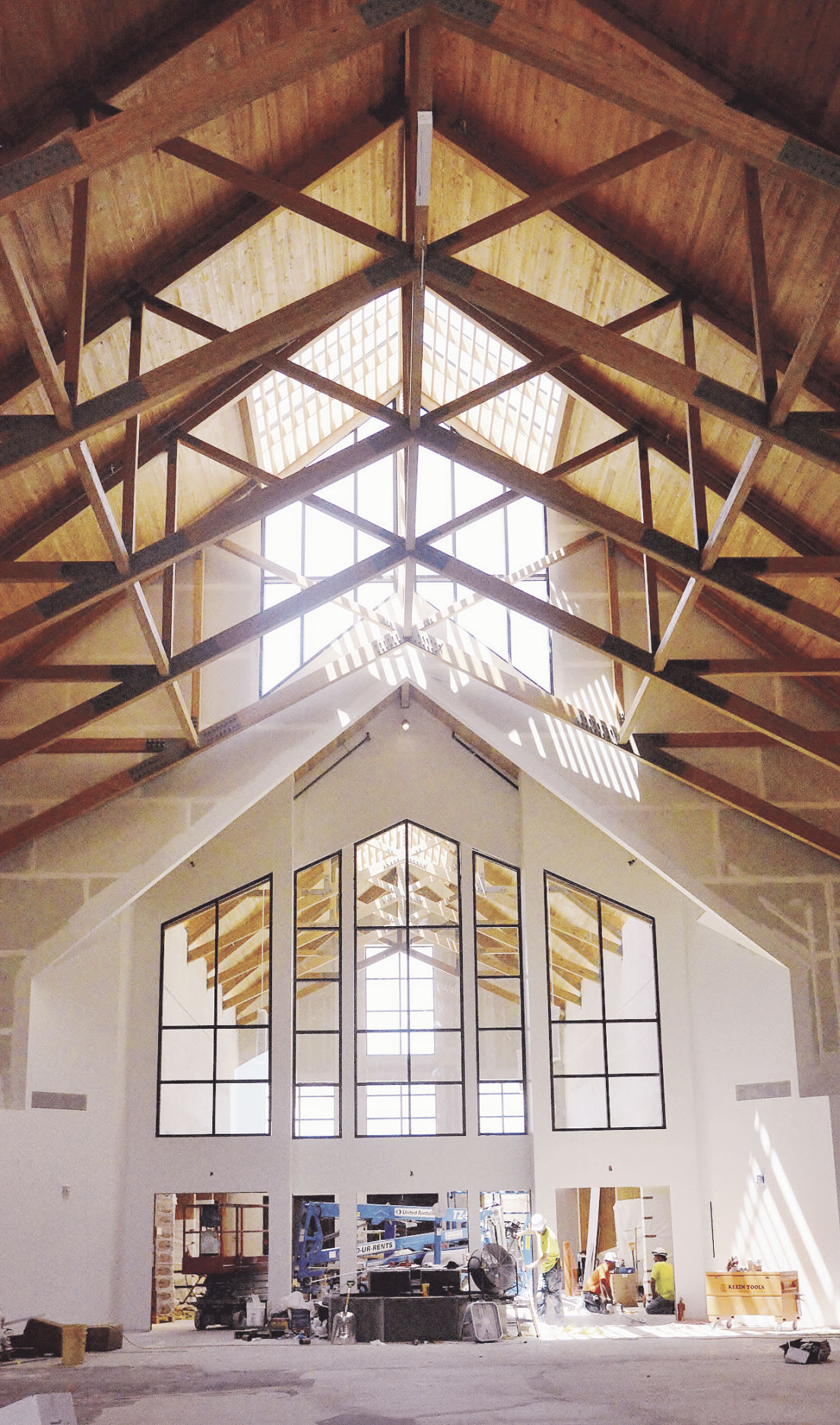 The new sanctuary space of St. James Catholic Church will be full of light and natural wood beams.

Minus some landscaping, the exterior work of the new St. James Catholic Church in Liberty is almost complete.

The new sanctuary space of St. James Catholic Church will be full of light and natural wood beams.

LIBERTY — Many key components of the new sanctuary at St. James Catholic Church, located 309 S. Stewart Road, are moving along at a pace that will meet the dedication date of Oct. 19.

“We are about ready for the punch list for the basement work,” he said.

Jim Newell, the parish’s operations manager, has been working with Goracke on the construction project.

“We are going to have functioning, commercial-grade kitchen that will serve as a warming kitchen specifically, but it’s a significant addition,” he said. “We also have a choir practice room that can hold 50 people.”

For about three years, a steering committee has been leading the charge to raise funds for the sanctuary. The current sanctuary seats about 500 and was constructed in 1981. As about 2,200 families are members of the congregation lead by Mike Roach, lead pastor, more space is needed.

Under the construction plan, the new church will include a larger sanctuary of 1,200 square feet and a finished basement/fellowship hall. The existing church will be renovated into a social hall and additional meeting space.

An addition of a sidewalk requested by the city and the lower level of the facility has been constructed. The lower level includes conference and reception areas. The elevator will soon be operational as well.

During what will be a roughly 15-month construction process, Goracke said he and his crews have experienced a variety of weather.

“The worst part of this has been the ice and snow,” he said. “During the worst part of our winter, we were putting up the wood ceiling and skylights. Sometimes we had to shovel off snow to continue the work. Now it is one of the most beautiful things.”

The sanctuary’s architectural details will include a slight lift in the back, slopes to the altar and a stained glass window. There is also a smaller chapel that will seat 50 people, Newell said, which is roughly the number of parishioners that attend daily services.

Newell said Huber has been a significant community partner on the project.

“I know that this is an investment of people’s incomes and gifts,” Goracke said. “This building is being constructed by the community. It’s a house of worship and we strive to be respectful. It was also a bit of a challenge to work next to a functioning school, but that was also a good working relationship. We even gave some tours here.”

17,812 square feet for the basement level

There are 405 parking spots with 100 on the basement level

The building is also ADA compliant