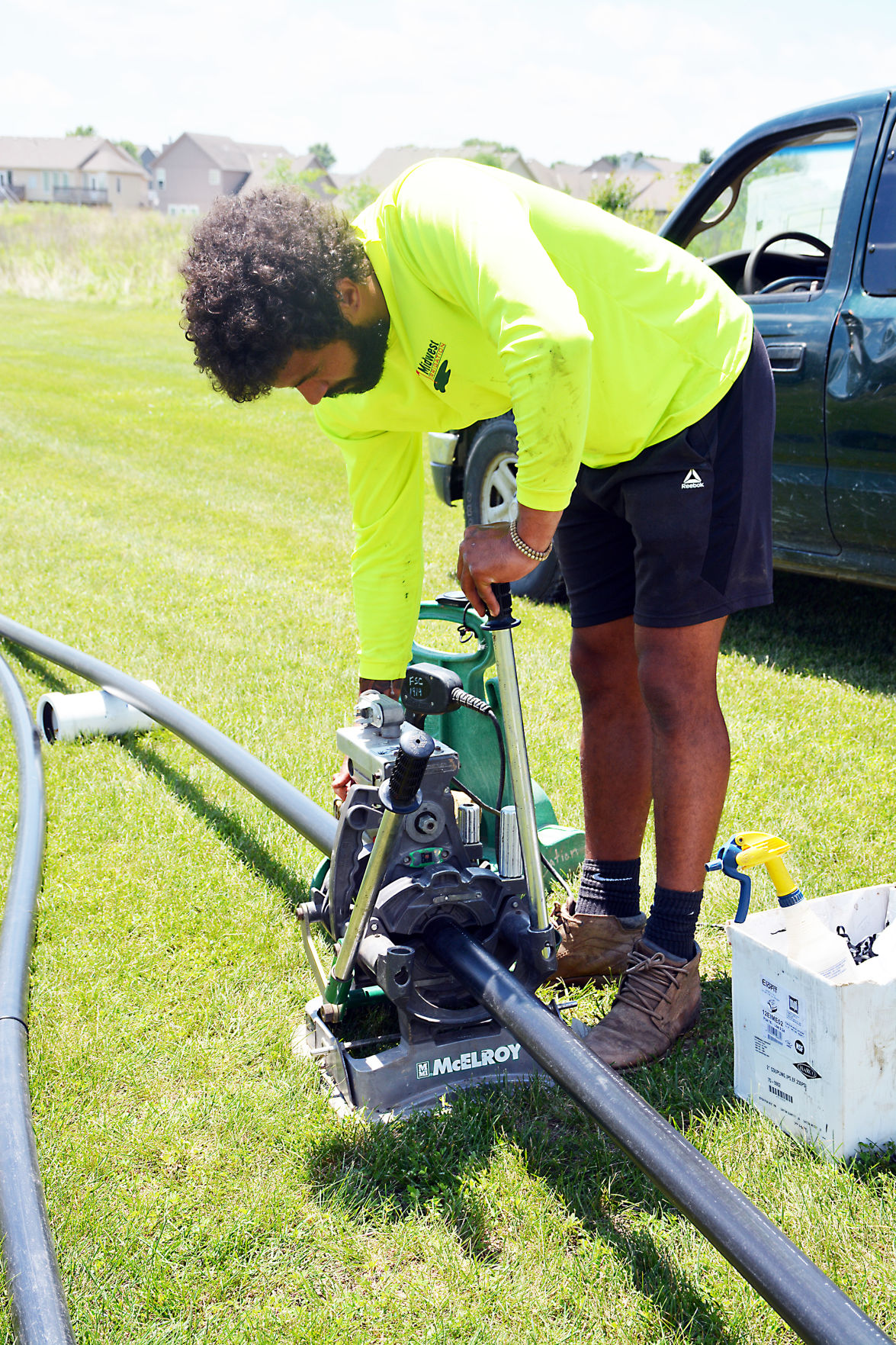 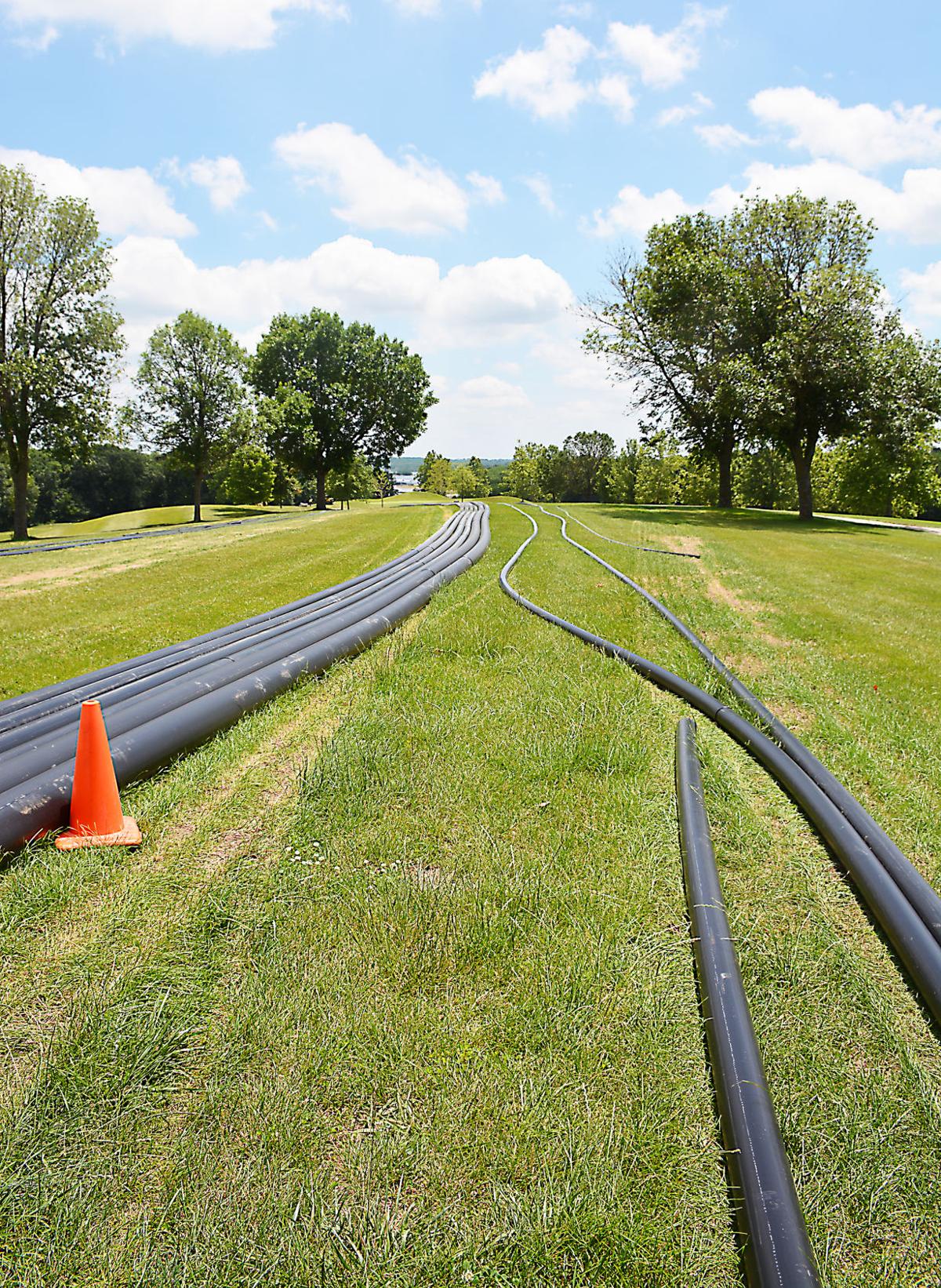 Irrigation upgrades are expected to be completed by the end of the year. 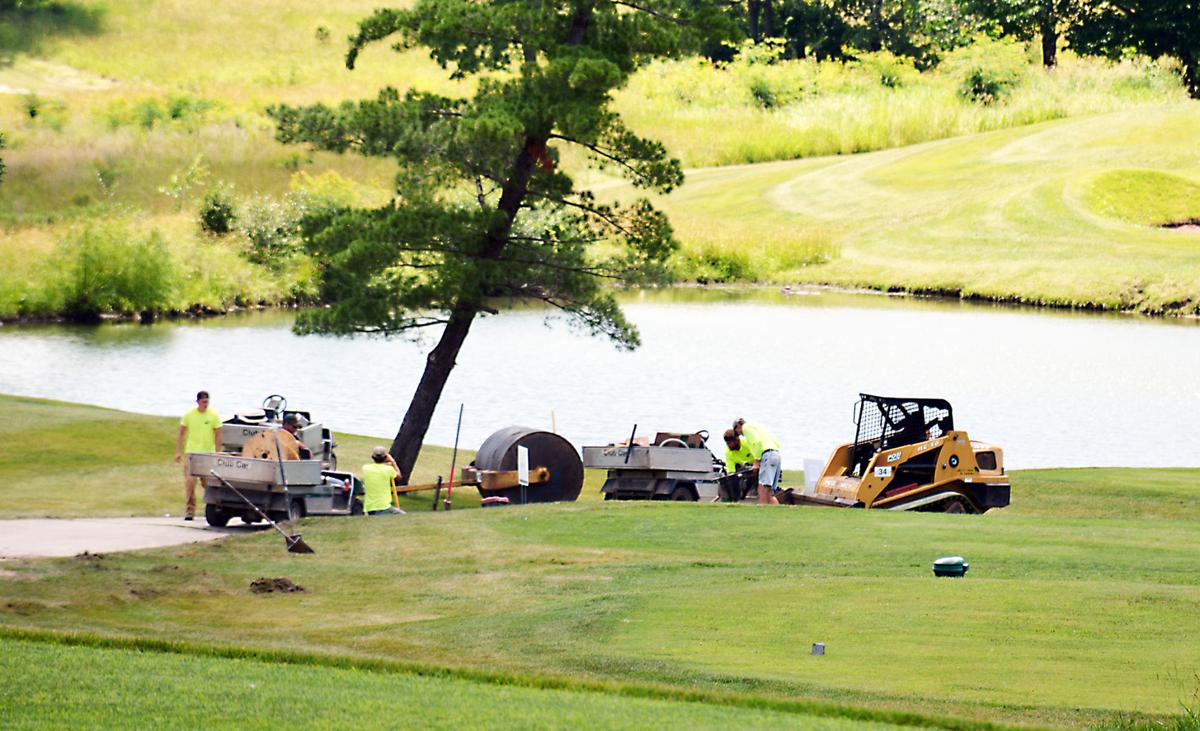 Construction crews work in groups with heavy equipment to make irrigation system upgrades in a manner, Assistant County administrator Brad Garrett said, that provides minimal disruption to course operations and that leaves grounds looking as if they had been untouched after work is complete.

Irrigation upgrades are expected to be completed by the end of the year.

Construction crews work in groups with heavy equipment to make irrigation system upgrades in a manner, Assistant County administrator Brad Garrett said, that provides minimal disruption to course operations and that leaves grounds looking as if they had been untouched after work is complete.

While work is underway, neither the Posse nor Outlaw courses are being closed. A county release states no more than four holes will be impacted at a time throughout construction.

“This is a massive project that is going to make a huge difference to our facilities at the courses,” Assistant County Administrator for Facilities Brad Garrett said of the aging facilities that have been in use with the original system for a total of more than 30 years . “... For years we’ve had issues with the irrigation system. It was really old and out of date. We are working to replace it with something that is state-of-the-art.”

Work began in May and is expected to be completed by the end of the year.

With the new system, Garrett said maintenance crews will be better able to isolate areas that need repairs in the event of leak.

“We’ve had ongoing issues with leaks due to deferred maintenance and the fact that pipes were very old. Leaks are insanely common out here,” he told the Courier-Tribune during a tour of ongoing irrigation work at the golf complex this summer.

“With only 48 isolation valves on the current system, the staff is forced to turn the water off to three or four holes at a time to repair a single minor leak. During the heat of summer, we cannot afford to turn off the water to multiple greens while we fix leaks. Small leaks remained for several weeks, creating large wet areas in the rough, fairways or even tees,” states the county release.

The new system will have 418 isolation valves, giving staff the ability to turn off only a few sprinklers at a time to repair leaks.

“This will speed up the response time when we notice leaks,” states the county release.

“The current system has a total of 44 quick couplers to attach hoses. As a result of limited quick couplers, there are areas not accessible with hoses and it is common to see a hose stretched across a green while golfers approached,” states the county release. “The new system will have 161 quick couplers including one on each side of every green. This will allow the superintendent to water nearly any area on the property with a hose as needed and avoid dragging hoses across the green during play.”

Irrigation upgrades are also being conducted in an isolated way that zebra mussels, a common nuisance at county facilities, will not be able to infiltrate to the new system as they have been an ongoing issue with parts of the old system, Garrett said.

In addition to an updated irrigation system, Garrett said the county purchased added equipment for course improvements. The county is also working to convert current grasses used on the golf courses to Zoysia sod, which is more resistant to dying and browning in hot Missouri summers and has internal protection from cold winters.

According to PGA Tour experts, Zoysia is preferred by players because of superior lies and improved ball striking due to blade density.

Garrett said the sod upgrade is equivalent to moving from the Stone Age to the modern age.

The following is a breakdown of work being included in the county's update of Paradise Pointe Golf Complex, expected to be completed by the end of 2019.

Rows of sprinklers: addition of 1, bringing total to 3

Other key points: Each sprinkler will be individually controlled by computer, handheld radios can be used to control entire system, 35 miles of pipe and wire being updated resulting in longevity and fewer leaks

How project is funded: Golf complex upgrades are part of maintenance and upgrade projects being paid for from the sale of nearly $50 million in certificates of participation, a type of bonds, commissioners approved in 2018 to fund improvement projects across the county.