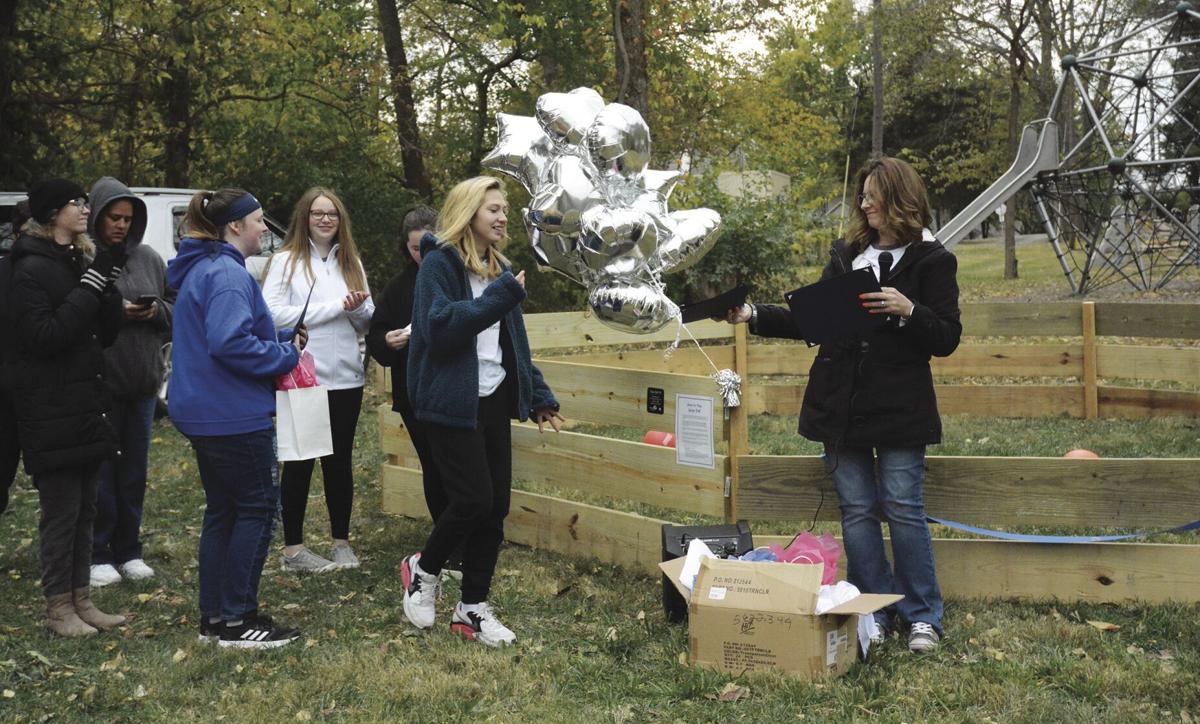 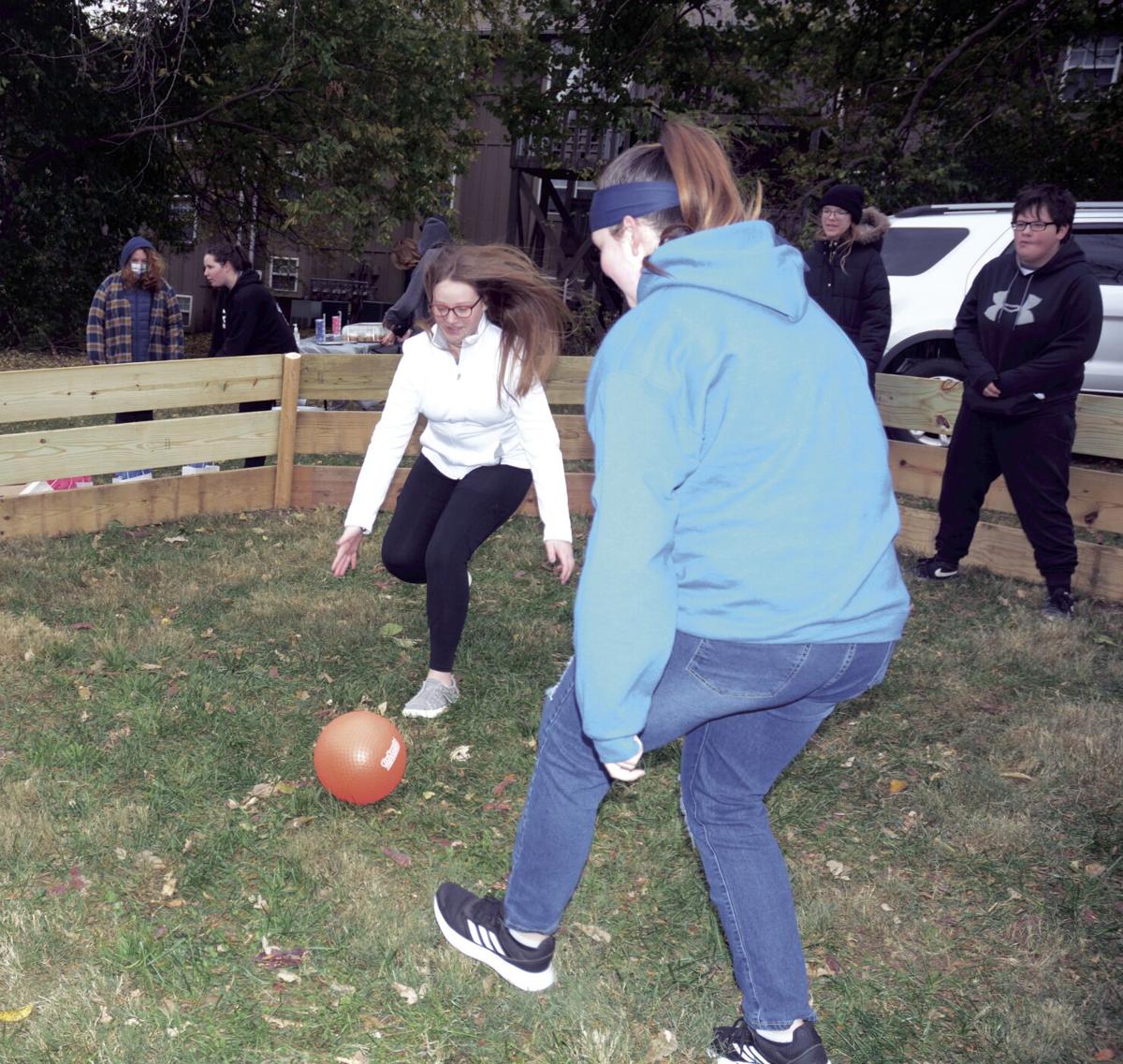 Analyse Askren and Lilly Foster play a game of Gaga Ball in the newly created pit at Arthur's Hill Park. 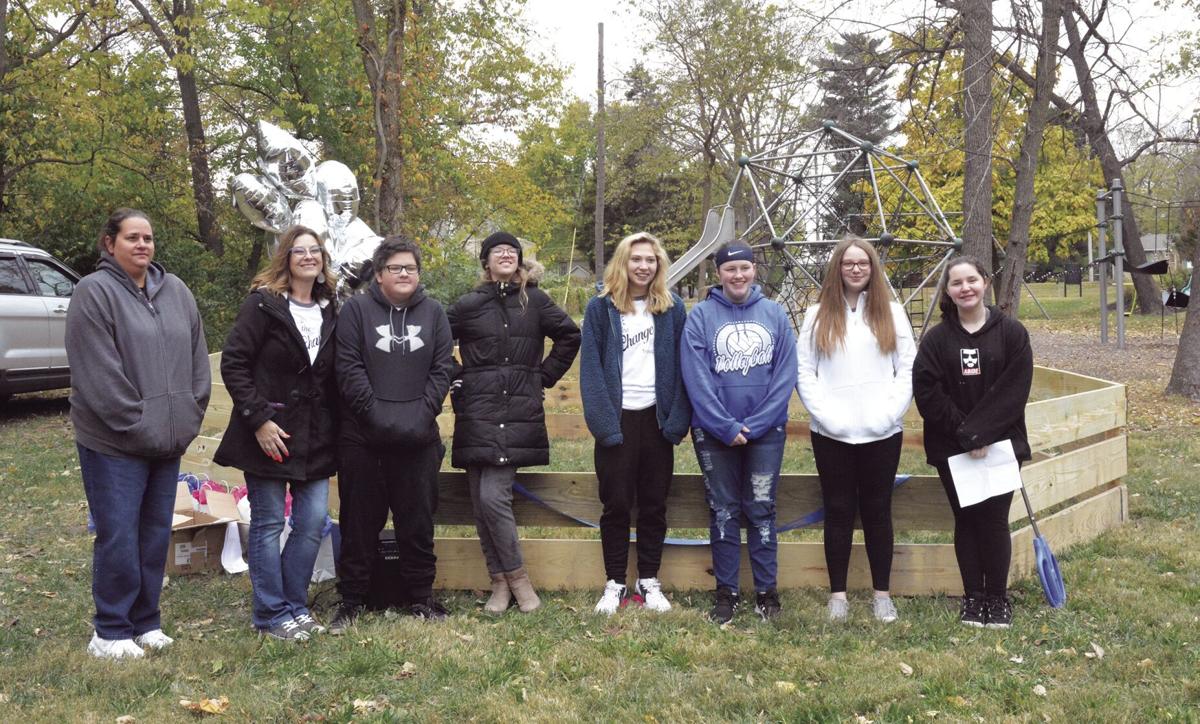 Analyse Askren and Lilly Foster play a game of Gaga Ball in the newly created pit at Arthur's Hill Park.

In mid-October, Girl Scout Troop 78 finished up their chosen project at a local Liberty park to earn their Silver Award, the second highest award in Girl Scouts.

The troop chose to build a Gaga Ball Pit to help the kids in Liberty have another outdoor option for getting outside to play.

“People have been locked up in their houses because of COVID-19 and its boring just sitting and doing nothing all day long,” said Zoey Curry, a long-time member of GS Troop 78. “We thought everyone needed to get away from their house. So we thought we could do something for everyone outside where they won’t be by a whole bunch of people.”

Gaga Ball is a popular game among school-age kids. It is played in an octagon-shaped pit. A ball is bounced around until there is only 1 person left; to get a person out, he or she must be hit by a ball – knees and below, or by hitting the ball out of the pit.

“The Gaga Ball Pit will be a big contribution to the city because it will give kids another thing to do at the park, making them more active,” said Lilly Foster, a founding member of GS Troop 78. “It will help improve their health, especially after being stuck at home for so long.”

With the new COVID-19 advisories, will you be altering your Thanksgiving plans?