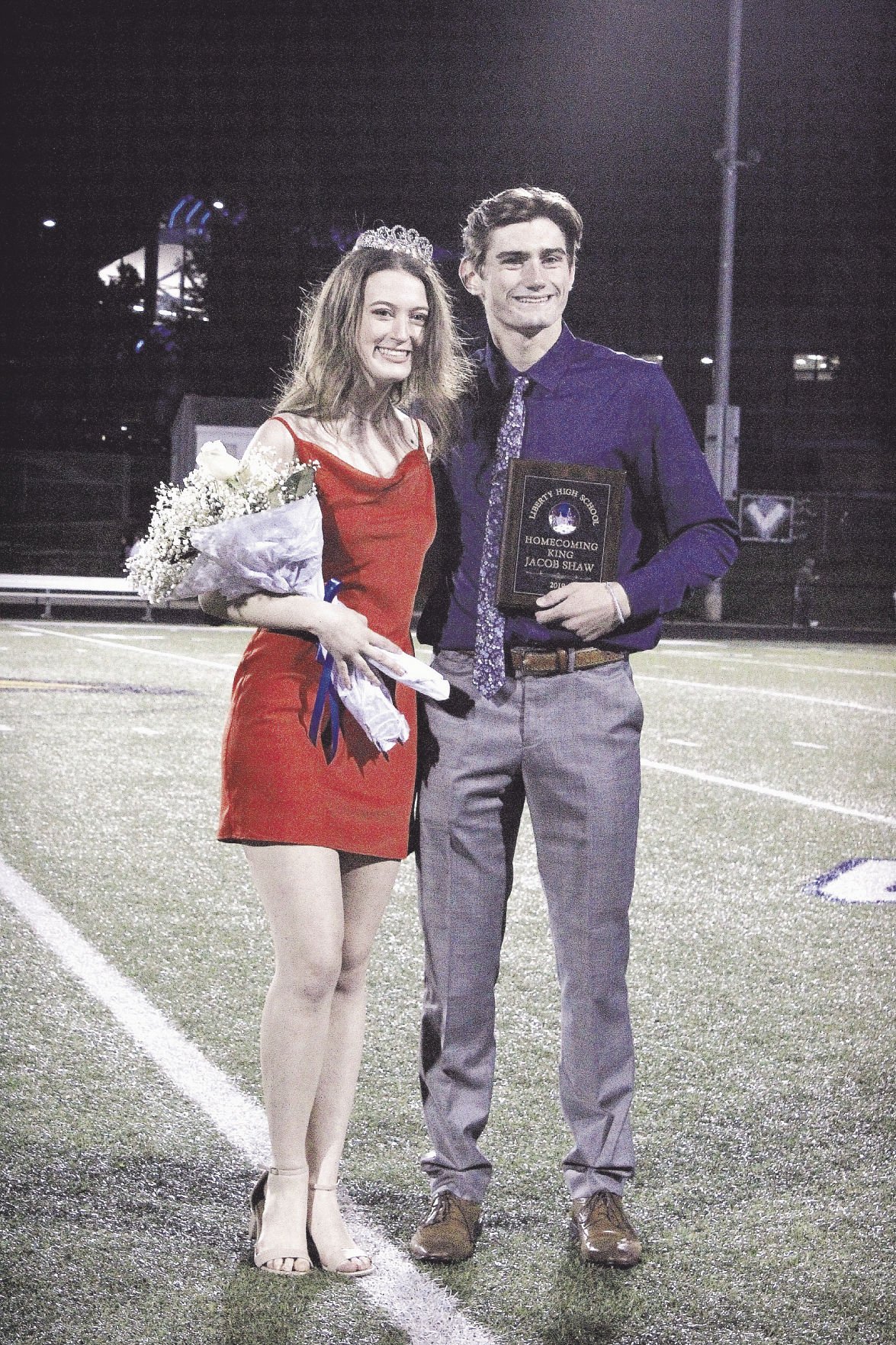 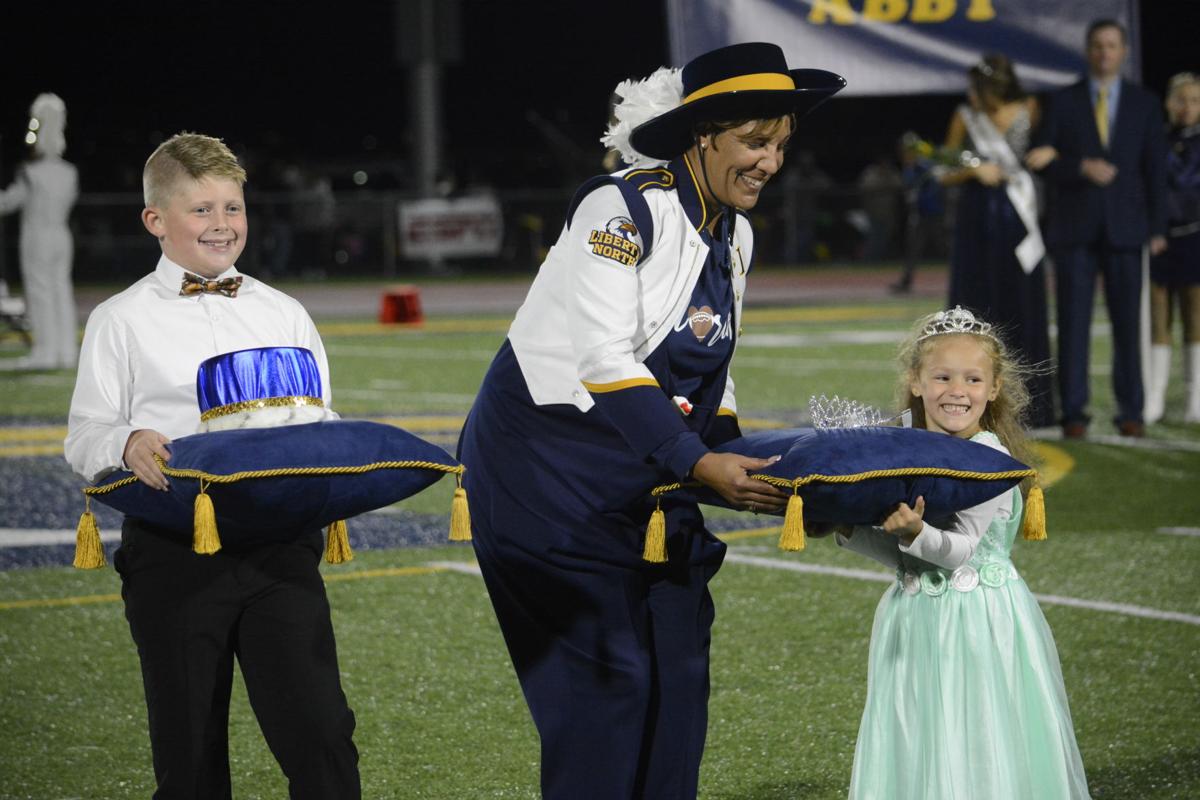 Liberty North’s prince Jace Luellen and princess Norah Pratt pose for a photo in preparation of crowning the school’s 2019 king and queen.

Liberty North’s prince Jace Luellen and princess Norah Pratt pose for a photo in preparation of crowning the school’s 2019 king and queen.

LIBERTY — With restrictions on how many people can be at large gatherings, Liberty Public Schools have come up with alternative ways to celebrate Homecoming.

Following a western theme, “Mask’d Up Round Up” Liberty High School is having spirit days throughout the week, as well as spirit days last week to include all students on alternating schedules.

Decorations will surround the building and may be incorporated in some fencing, while students are invited to decorate their cars.

LHS is also hosting a scavenger hunt put together by the school’s Practical Leadership class. There are 130 Blue Jays within the LHS property line. The person who collects the most will win a prize.

Finally, the school will have an assembly Wednesday, Oct. 7 which will be broadcast live through KLHS, the school’s broadcast news channel.

The Homecoming game will begin at 7 p.m. Friday, Oct. 9, with a coronation for ing and queen featured during half time.

Liberty North High School will be “Rockin’ Through the Decades” this Homecoming. While things look a bit different, the school will still have festivities meant to excite students before the Homecoming game.

Aside from spirit week, LNHS is celebrating in a multitude of ways. One is with a Spotify playlist titled North Nation Radio Station. Students will also have cult classic movies screened during lunch periods.

To get students out and about there is a social media scavenger hunt with a chance to win prizes from Classy Chocolate, Andy’s Frozen Custard, Wellness Warehouse and North Nation Station.

On Wednesday, Oct. 7 the students are invited to tune in for a virtual assembly. Finally, to top it all off, student clubs will compete against each other in a best decorated banner competition.

The Homecoming game will begin at 7 p.m. Friday, Oct. 9 with a coronation for Homecoming king and queen during halftime.