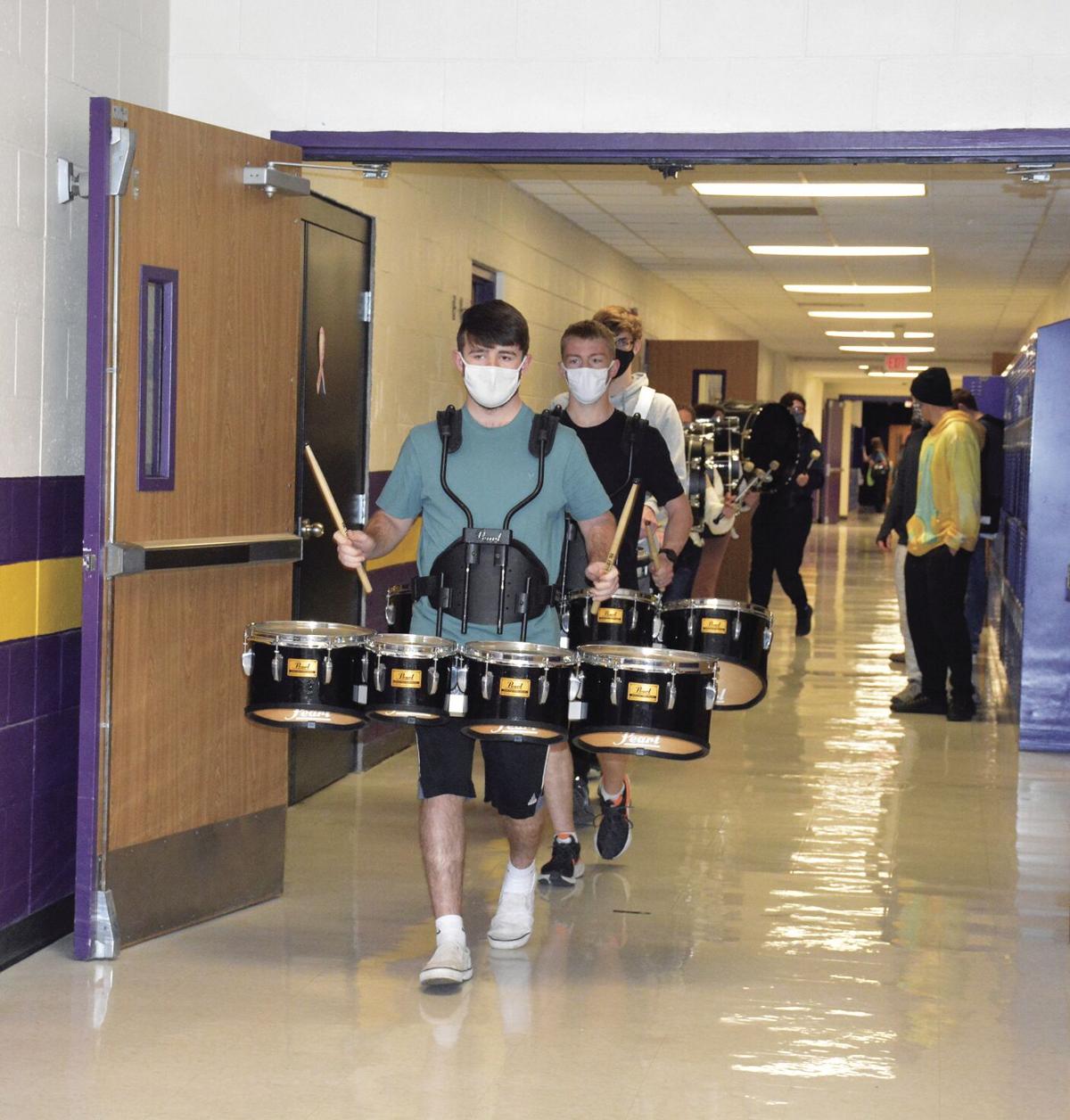 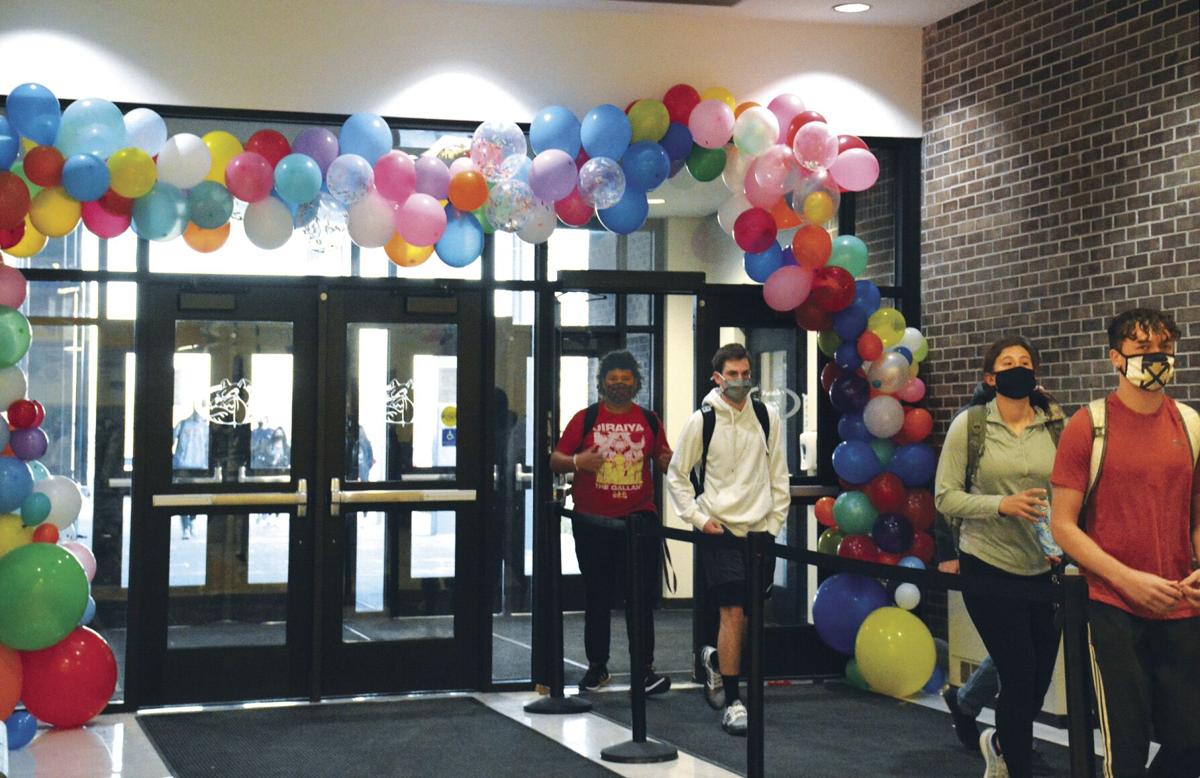 Kearney High School Student Council spent part of their Sunday afternoon decorating various well-traveled spots at the school, including the entryway, to spread excitement now that the entire student body is together in school again. More photos are available to the online version of the story at mycouriertribune.com. 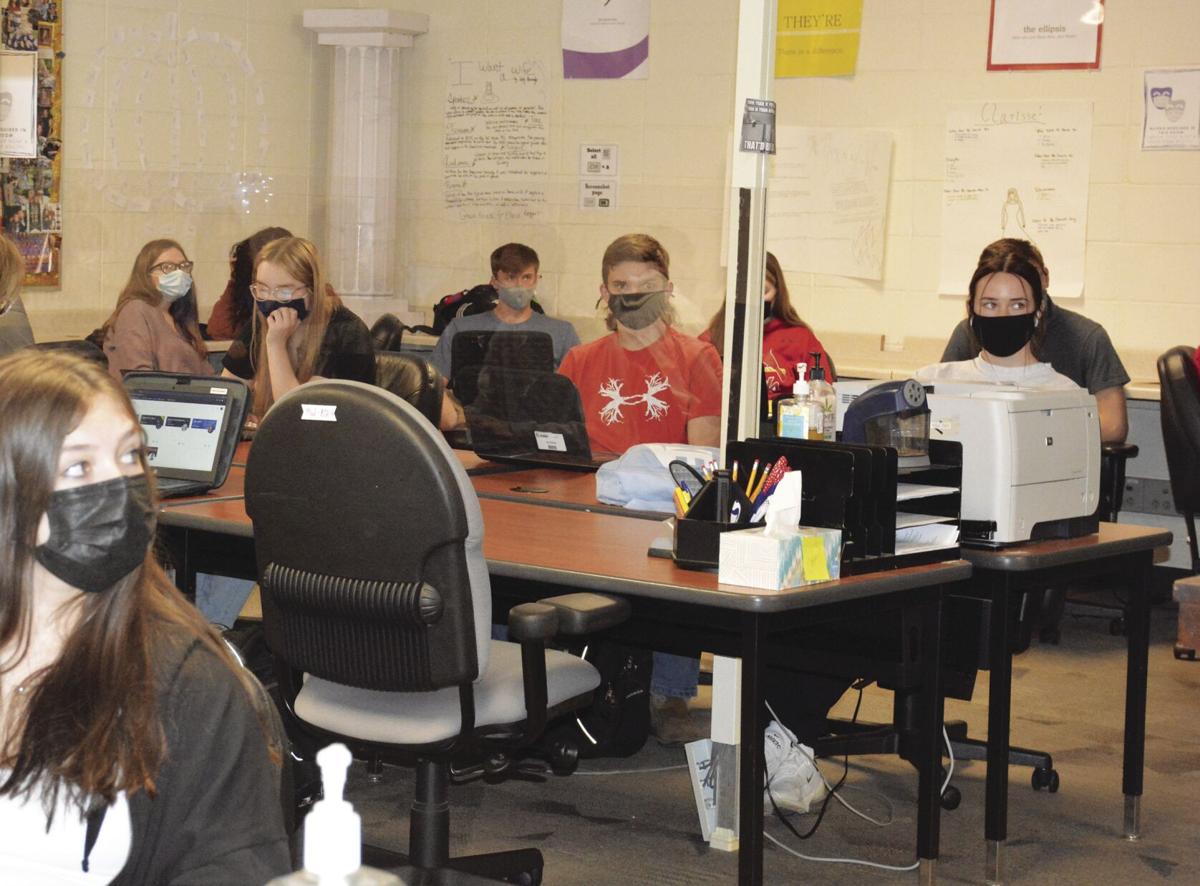 In some classrooms at Kearney High School, plexiglass is used as a partition to aid in safety from coronavirus transmission. 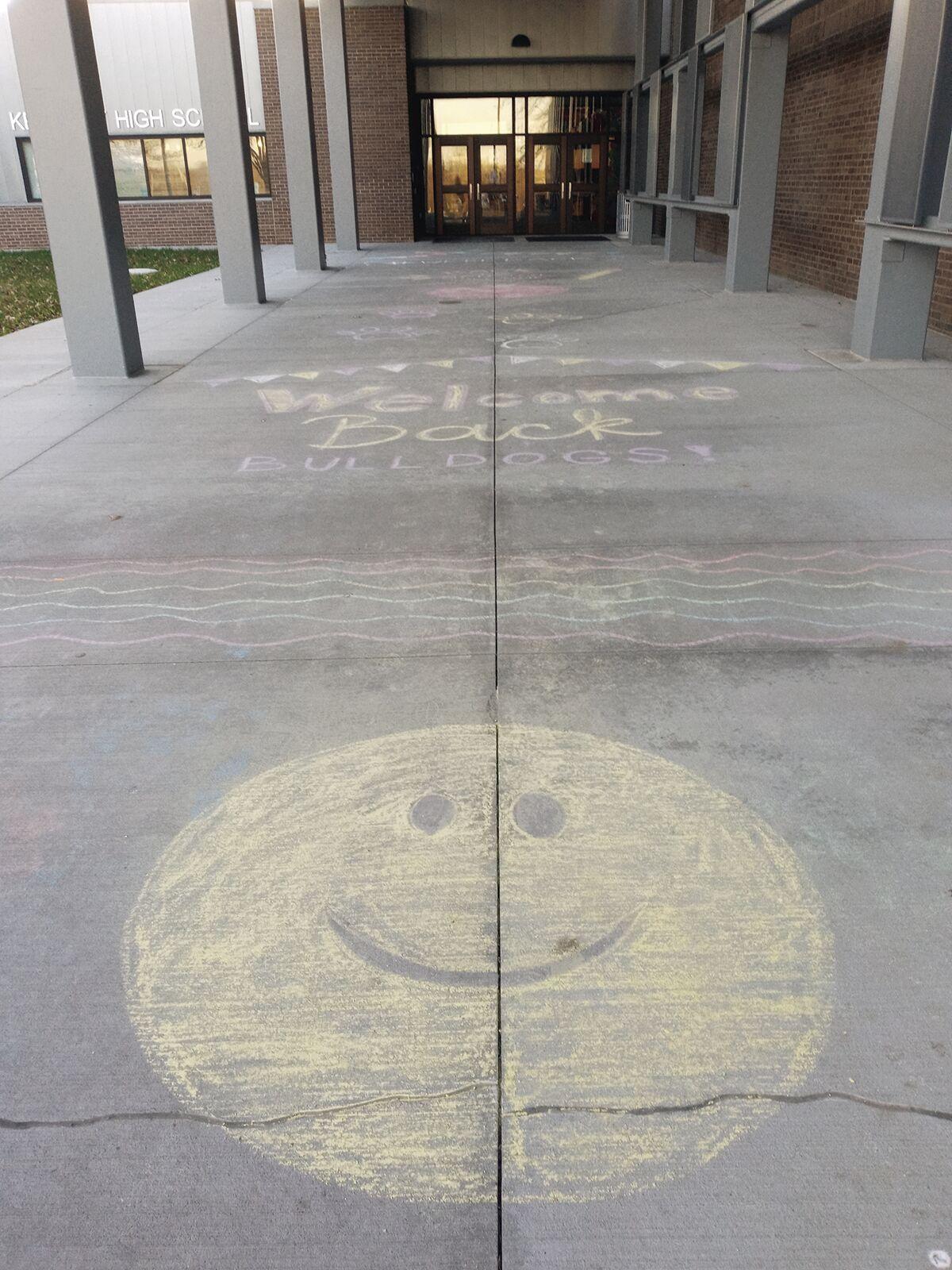 Kearney High School Student Council spent part of their Sunday afternoon decorating various well-traveled spots at the school, including the entryway, to spread excitement now that the entire student body is together in school again. More photos are available to the online version of the story at mycouriertribune.com.

In some classrooms at Kearney High School, plexiglass is used as a partition to aid in safety from coronavirus transmission.

KEARNEY — On Monday, March 29, a noticeable change in Kearney Junior High and High schools was additional traffic as the day marked the return of full, in-person classes. Several high school students made note of the traffic, while others shared elbow bumps.

Students walking up the main sidewalk ahead of the school day at the high school, were greeted by decorations of with smiley faces and notes welcoming them back. The front doors were framed by colorful balloons. Student Council Sponsor Brittini Starzl said the council came in on Sunday for about two and half hours to decorate. Student council members and teachers were seen handing out stickers with a smiling face wearing a mask.

“We all wanted to offer some excitement and get that positivity flowing,” Starzl said of the return to school on Monday that also brought some apprehension as it marked the first time many were in the building regularly in almost a year. “I know I’m a little nervous.”

Kearney Student Council President Faith Mick said as a senior, she wanted to finish her high school year in a school setting.

“I want my last couple of months to be in the school. I am thankful for the administration for allowing us to go back. It’s the most normal thing in many months. I’m surprised my mom didn’t want to take my first day of school picture again,” she said.

High School Principal Andy Gustafson said the week is going to be different with two times the number of students in the building. Previously, the school operated on a hybrid schedule with about half the student population in the building at one time. The days a student were in the building depending on which letter of the alphabet his or her last name started with.

Now, except for some families who opted not to go back full time, nearly all students are back in classes together at the high school.

“It’s great to have everyone back,” Gustafson said. “The Student Council has done a great job getting that excitement going. Sure there is some nervousness, but it’s back to normal. Our students adapt well, but I believe we are all excited to getting back to normal.”

For Jeff Morrison, assistant superintendent for student services, the day held double meaning. He dropped off his son at the junior high and then headed to the high school for his new first day for the school year.

“We know this is an opportunity to see students and teachers build back those relationships,” he said. “Big credit goes to our students and their parents who support the district and the efforts here. It’s also critical for their social-emotional needs.”

Morrison said the district will continue to monitor the health and safety of the school populations.

“We will continue to gather more information and stay up to date on details coming from the CDC and the Clay County Public Health Center,” he said.