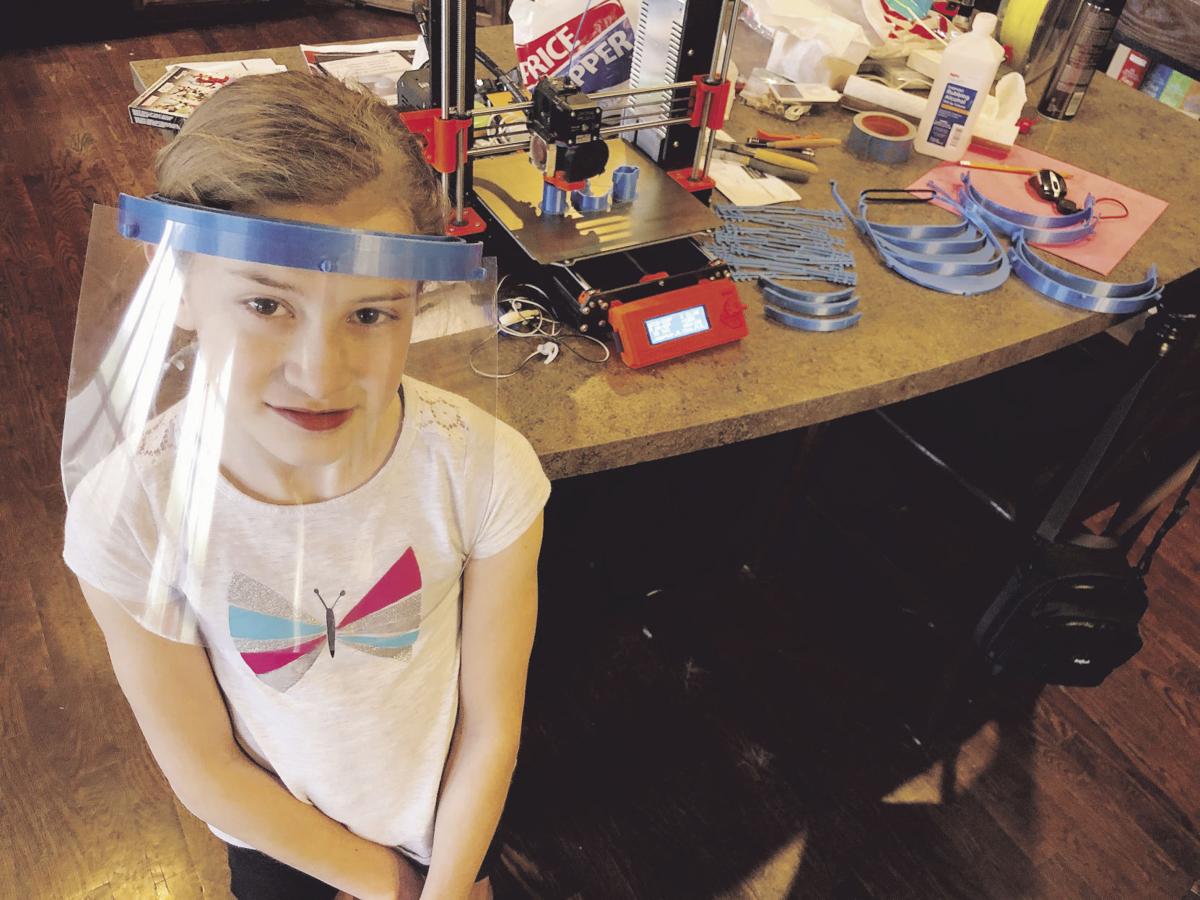 In Smithville, Randy Wallace and his daughter work to print face mask extenders and face sheilds using a 3D printer. 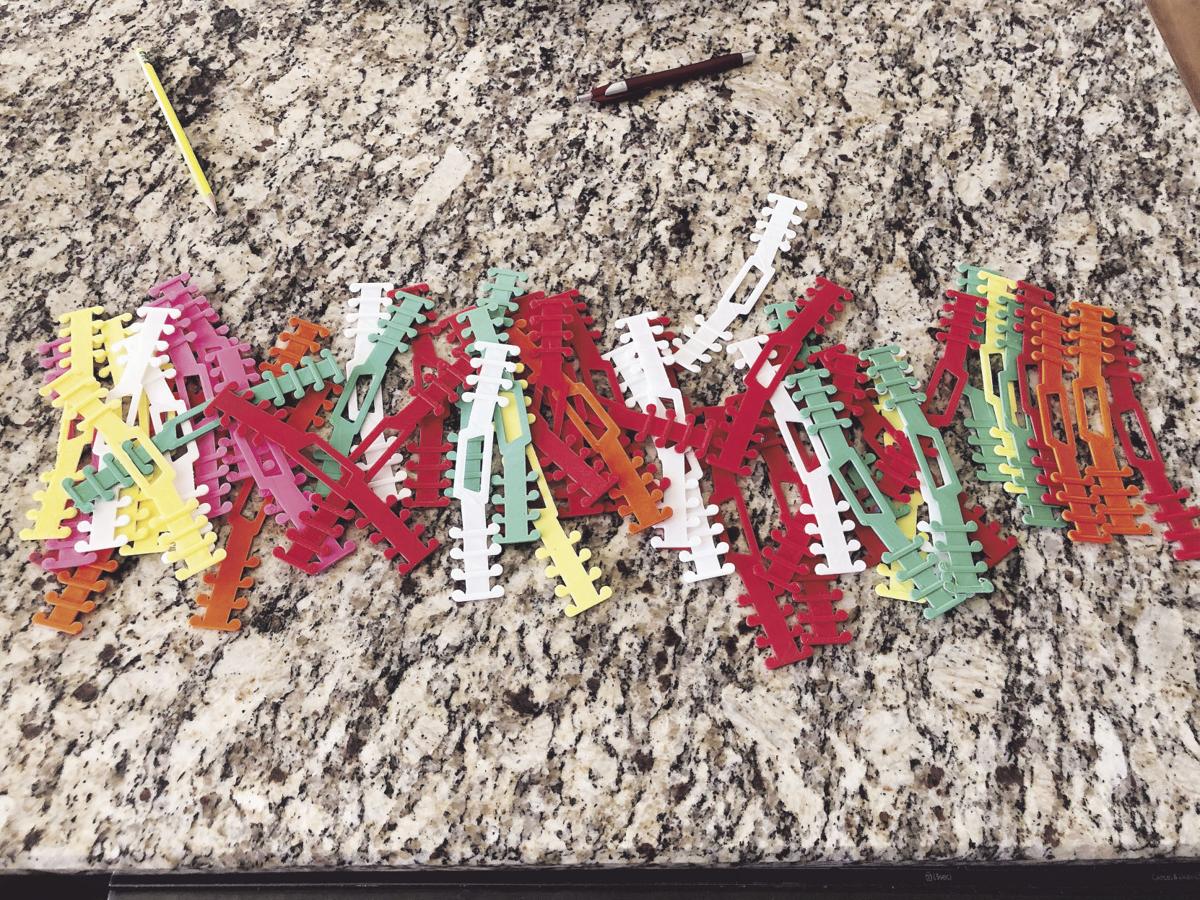 Hundreds of extenders came out of Kearney to help medical professionals and first responders. 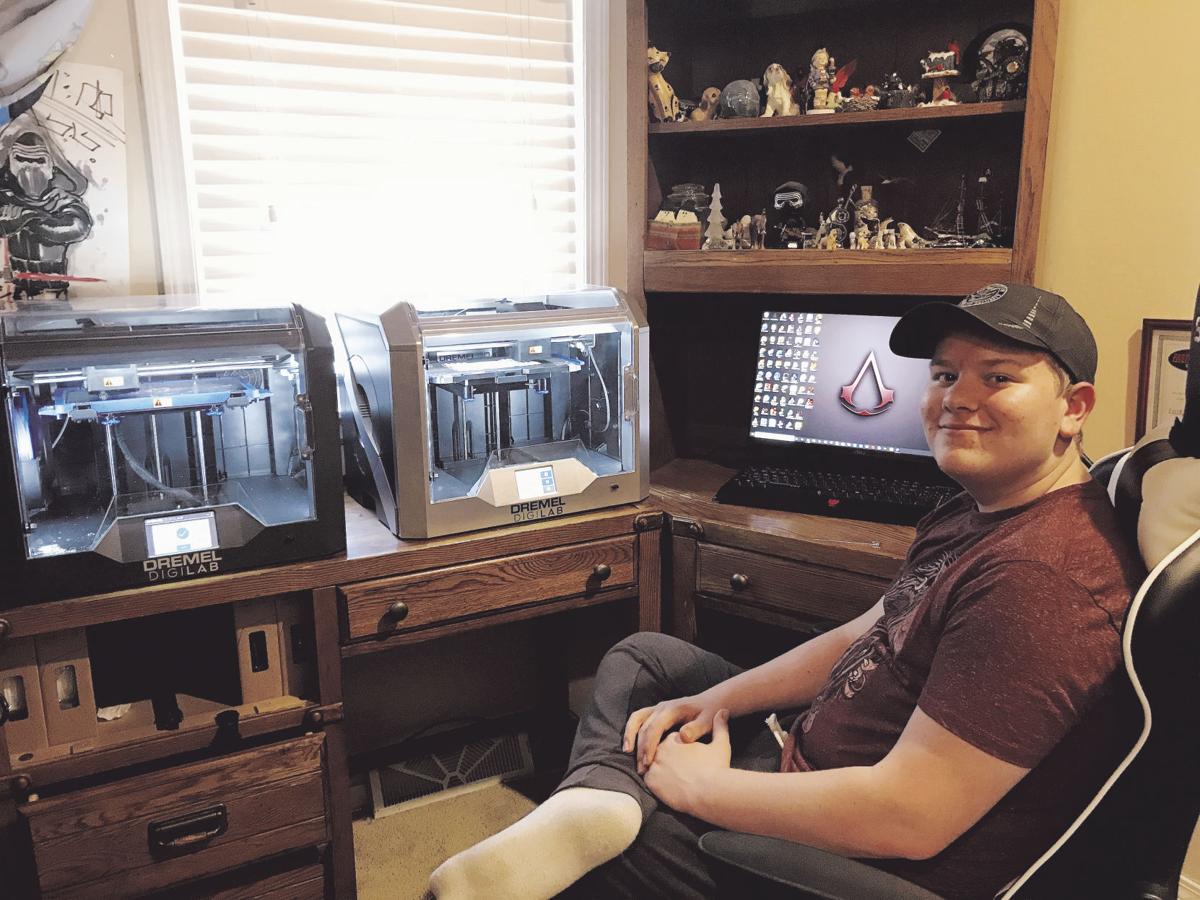 Students from Liberty helped out Eric Langhorst to make mask extenders for the broader community.

In Smithville, Randy Wallace and his daughter work to print face mask extenders and face sheilds using a 3D printer.

Hundreds of extenders came out of Kearney to help medical professionals and first responders.

Students from Liberty helped out Eric Langhorst to make mask extenders for the broader community.

“I teach seventh/eighth-grade computer science at Discovery Middle School in Liberty and I have a Dremel 3D printer in my classroom,” Eric Langhorst said. “I took it home during the break in case there would be some need to print something to help. I don’t have the material to produce the large face shields or filtered masks that some with 3D printers are creating but then I saw several posts (on social media) about these mask straps.”

Langhorst said he went looking for a basic design on Thingiverse, a website dedicated to the sharing of free user-created digital design files. In his design, he also incorporates “Liberty” and an image of the state of Missouri along the strap as a sign of community pride.

As he, other Liberty teachers and students began printing the straps with available 3D printers, Langhorst said they contacted Liberty Hospital to arrange drop offs. Additionally, Langhorst said he received requests online and sent some all over the country having printed hundreds during stay-at-home orders.

“I know of at least six teachers and a few students participating,” Liberty teacher Gary Pierson added. “My brother, knowing I have a 3D printer, sent me an article about other people providing these extenders in another city. We were then approached by Kathy Ellermeier, Director of Health Services with the district ... about a need for extenders at Liberty Hospital.”

“The extenders are important because nurses, doctors and police are wearing masks that have straps going around each ear on a daily basis to help protect them from contracting the virus,” Pierson said. “These straps tend to rub on the backs of the ears and they come home with open sores which are quite painful.”

People on social media have been donating funds for materials, Pierson added. He said he can print about 330 extenders from $20 worth of materials.

“So every little bit helps.”

Liberty isn’t the only district working to help those on the frontlines by printing extenders. Patterns have popped up from all over.

“The district was contacted by an organization called ‘One Mask at a Time,’” Kearney High School engineering teacher Shane Remley said. “(Superintendent Bill Nicely) reached out to me and asked what I thought about it and if we could do anything like that. I told him I could and he said go for it.”

Remley said the pattern he is using originated from a Boy Scout, which he said he thinks makes it special.

In Smithville, Network Administrator Randy Wallace and his daughter have gone a step further with the ability to print face shields.

“My wife is a doctor at the VA Medical Center in Columbia,” Wallace said. “I printed 30 face shields and a few batches of ear protectors for the staff there. I also made some ... for the Smithville School District where I work.”

Printing a batch of eight extenders, Wallace said, takes about two hours. For face masks, they take about four or five hours depending on design.

“There was a lot of fear when the virus first started to spread and it was calming to others when they received a shield that might mean that they make it home,” Wallace said. “In our local towns, we haven’t been hit that hard, so we forget that this virus has killed people elsewhere that are our age, that have a family just like we do. They are just like you or me.”

Calming others with some protection against the virus, Wallace said, was the only way he knew how to help those on the front lines. Remley echoed a similar sentiment.

“It’s been fun,” Remley said, “just fun to help out when we’ve been kind of sidelined.”