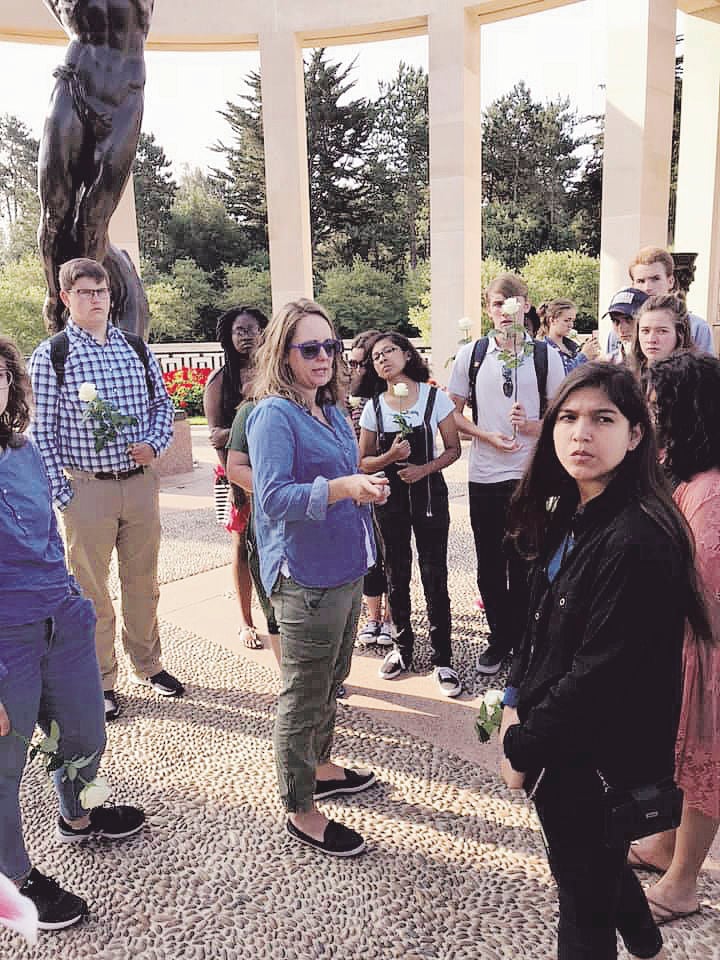 Smithville High School teacher Alexis Small traveled to Normandy, France last July as the Whitman Master Teacher Award recipient to teach students from all over the United States on location about World War II and D-Day. 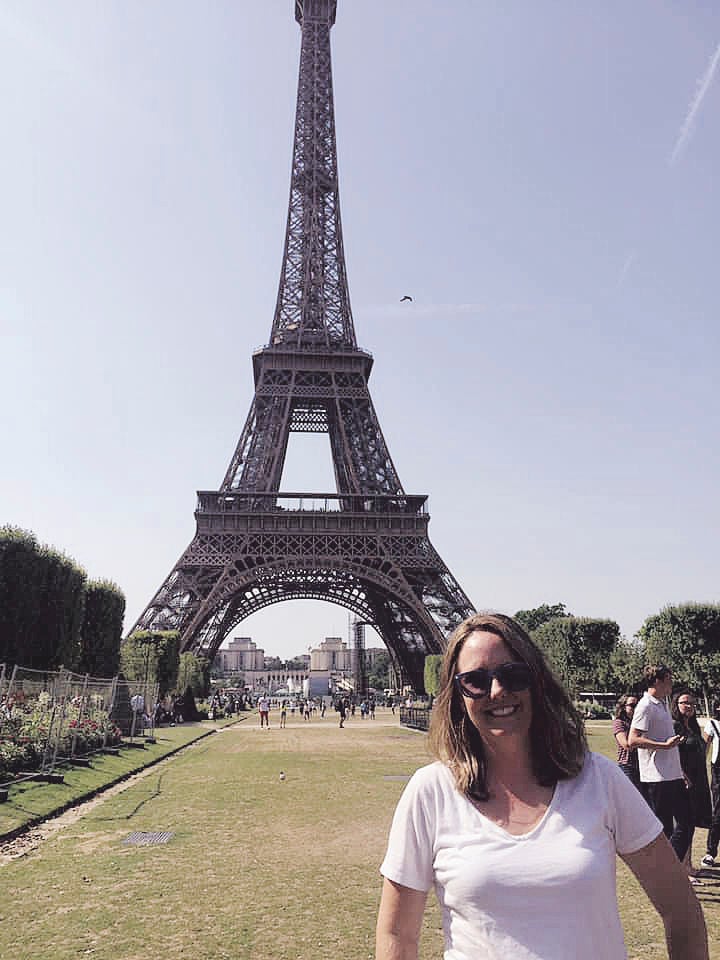 While in France, Small took the opportunity to see other sights, like the Eiffel Tower in Paris.

Smithville High School teacher Alexis Small traveled to Normandy, France last July as the Whitman Master Teacher Award recipient to teach students from all over the United States on location about World War II and D-Day.

While in France, Small took the opportunity to see other sights, like the Eiffel Tower in Paris.

Sponsored by former New Jersey governor Christine Whitman, Small said the award was created in honor of Whitman’s late husband who was born on D-Day and had a passion for World War II.

The ball began rolling three years ago when Small was selected as a recipient of a grant through The National WWII Museum in New Orleans to learn about the war in Europe. After spending a week at the museum learning from a lead historian, Small traveled to Normandy as part of the grant with 30 other teachers to learn on site.

Of those 30 teachers, the museum nominated Small to be recognized as the Whitman Master Teacher. Being honored provided Small another grant that brought her back to the WWII museum for a week last summer. She taught students from all over the country before they all traveled to Normandy, Small said, to teach them on location as she had been.

“I actually got a call from the former governor of New Jersey,” Small said. “There was something funny about the number so I didn’t answer it. … When I called her back, I’m sure she thought I was insane because I was so excited, just over the top excited. It was an incredible experience not only to teach about the war, but to teach about the war on location for the students.”

Students who apply through the museum for the trip are in grades 10 through 12. Some of the most valuable things the teacher said students experienced were a visit to the National American Cemetery, where 9,000 U.S. veterans are buried.

Small said the students were able to quantify the sacrifice made not only for the United States, but for France. These sacrifices were magnified, Small said, by visits with living WWII veterans who fought on D-Day.

“We also met with a woman who was French and she was part of the French Resistance as a 14-year-old,” Small said. “She was putting sugar in Nazi Jeep (engines) so they wouldn’t start and she would sit on her porch and write down Nazi license plates so others could track the Nazi movements.”

Small said seeing how moved the students were by the experience was most rewarding for her. A history buff, Small said she learned new things too, specifically “bocage,” a form of hedgerow warfare.

“That is how the French divide land,” Small explained. “We use barbed wire, but they use something called bocage, … mounds of dirt and huge rows of trees and bushes that separate their properties. It is so thick, animals can’t get through it.”

Small said many people believe D-Day was an ending point to the war, but in reality, due to the terrain, it took an additional eight weeks to remove all the Nazis.

“I had never seen anything like those fields separated like that,” Small said. “That’s really history nerdish, but I really enjoyed it.”

Students and teachers seeking an opportunity to learn about World War II in Normandy, France can apply for grants through The National WWII Museum in New Orleans at www.nationalww2museum.org.