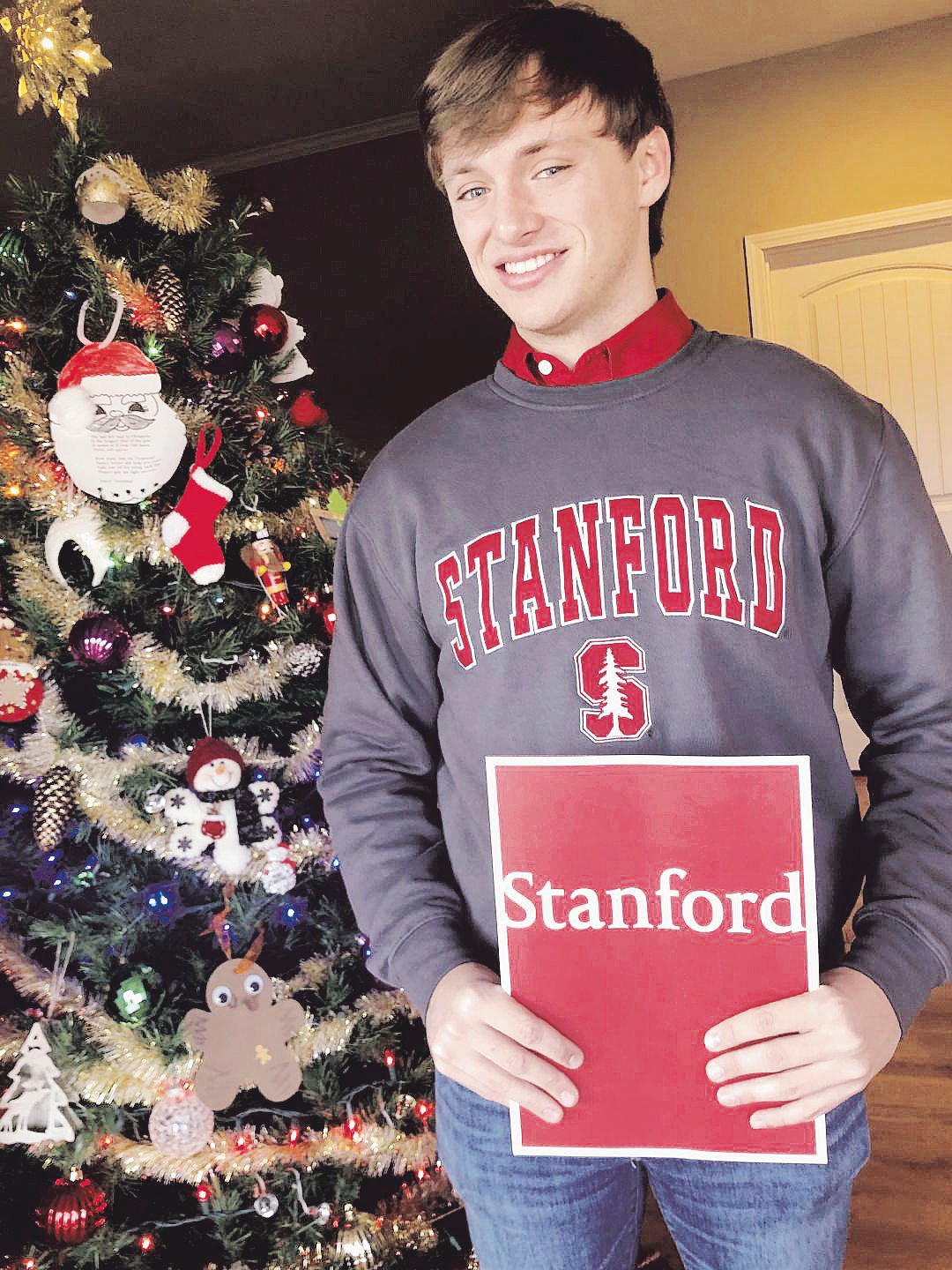 Michael Fletcher has been accepted to Stanford University where he will study economics. 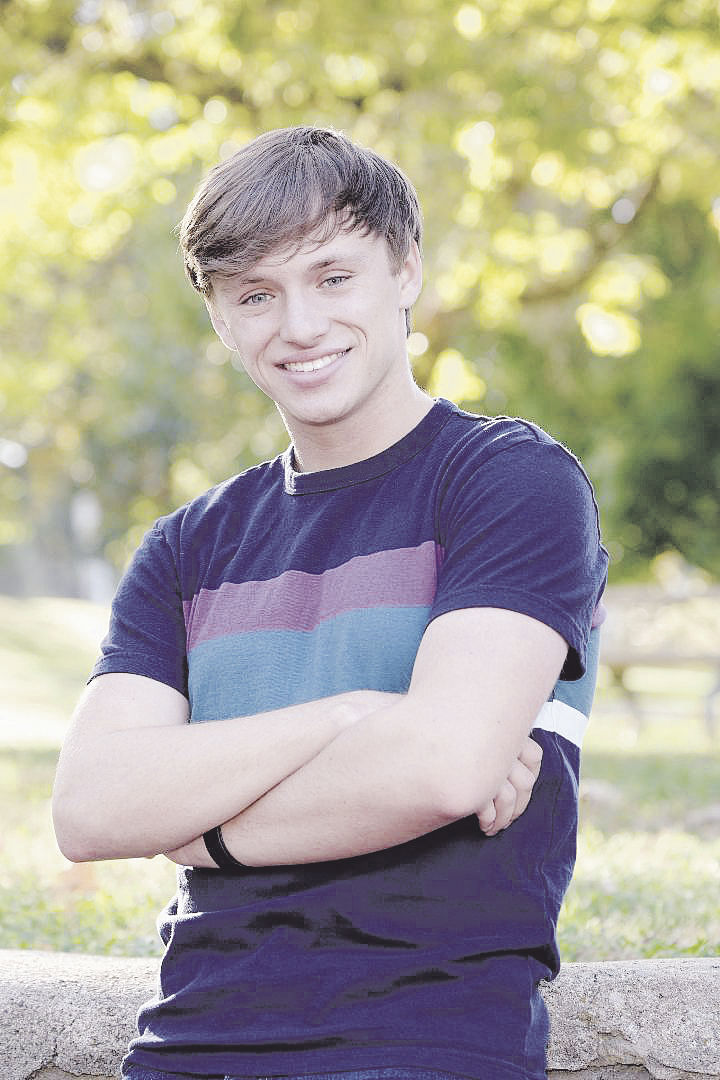 Michael Fletcher said his friends are what he will miss most from high school. Looking back, band taught Fletcher how to achieve his goals. He recommends having a plan in school and in life because if you know where you want to end up, it can help you determine the steps needed to get there. 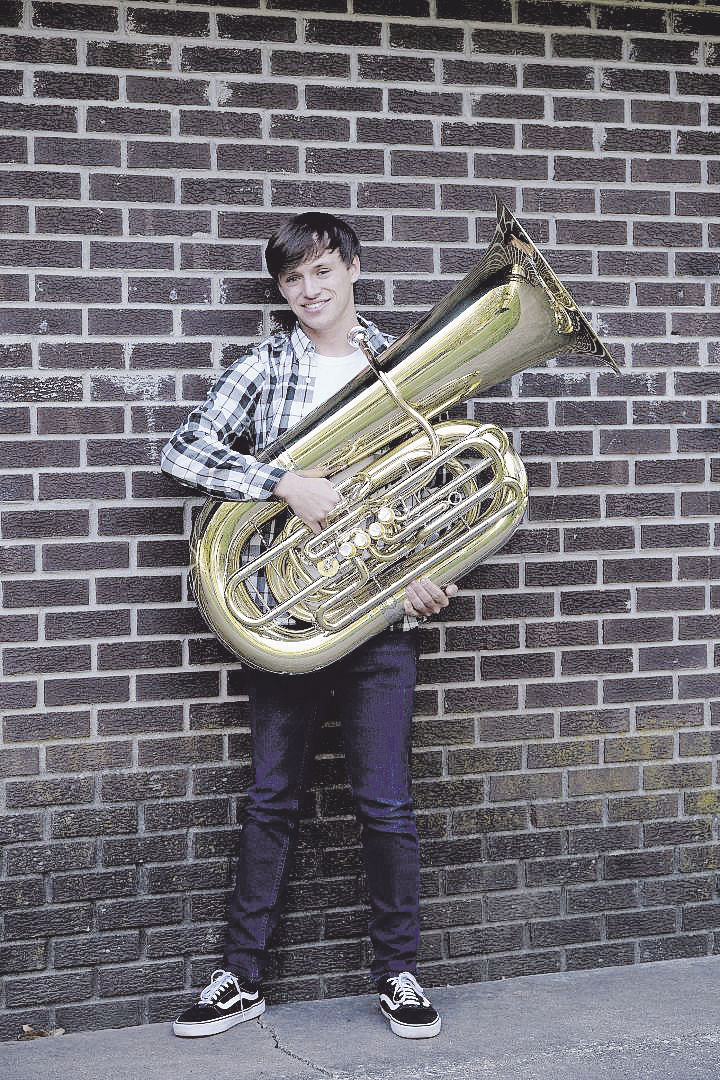 Michael Fletcher has been accepted to Stanford University where he will study economics.

Michael Fletcher said his friends are what he will miss most from high school. Looking back, band taught Fletcher how to achieve his goals. He recommends having a plan in school and in life because if you know where you want to end up, it can help you determine the steps needed to get there.

SMITHVILLE — Nationally recognized for his skills on the tuba, Michael Fletcher graduates Smithville High School excited to start his new journey at Stanford University where he will study economics.

“I was in band all four years,” Fletcher said, “and all the activities that come with that like jazz band, marching band, pit band.”

Having played in the All-State Band, ranking No. 1 in Missouri his senior year, Fletcher also participated in the All-National Band his junior year.

“Something that I really learned through band is that it is really important to find good mentors,” Fletcher said. “Good role models and influences not only to look up to but also to kind of follow in their footsteps. A lot of my musical journey has been learning from others and having mentors and that has kind of gotten me to where I am.”

Looking back on his high school career, Fletcher said there were a few people who really made an impact on his experience.

“One of them is Ky Hascall. I have been taking music lessons from him for, I believe four or five years. … He’s a band director at Park Hill High School and he’s seen my growth since the eighth grade both as a musician and as a person.”

Fletcher added that Shirl Nichols, his FBLA coach, has had a lasting impact on him also.

“A huge shoutout to her. She’s been incredibly supportive of everything I want to do,” Fletcher said. “She’s been a huge influence that helped me grow a passion for business and economics. … Then another person in my high school career who I believe has been a huge influence is my English teacher (Cody Holt). I’ve had the pleasure of having Mr. Holt as a teacher since the seventh grade, both as a teacher and a coach… The things you learn in English are thinking and pondering about what’s going on in the world or things about life. He’s really helped me, I look at the world more critically and I think that is a great trait to have.”

In addition to his musical interests, Fletcher ran cross country for three years, participated in Future Business Leaders of America, holds the rank of Eagle Scout and is leaving high school with what he thinks could be 18 college credits and a weighted 4.0 GPA.

“I’ve taken quite a few (Advanced Placement) classes,” Fletcher said counting about 10 different college-level courses he’s taken since sophomore year. “They weren’t all AP but they had dual-credit.”

The biggest thing he’ll miss are his friends, he said.

“I will be going to school out of state and I’ve made incredible friendships and relationships in high school. A lot of these relationships have allowed me to pursue different things and just have an overall great time,” he said. “That will be one thing I miss.”

For those entering high school, Fletcher advises having a plan from day one.

“When I first entered high school I kind of had a plan or some idea of what I wanted at the end of high school,” Fletcher said. “I knew I wanted to accomplish a lot on my instrument. Because of that, I took the steps that were needed to achieve different things on my instrument and for my academic goals. … It’s really important in high school, but it’s also really important to always have a plan on where you want to go in life.”

Michael Fletcher is a pandemic graduate having left school for spring break and never returned. That being what it is, many graduating students arguably "missed out" on a plethora of high school experiences with the closure of school. Fletcher himself, said he feels like he missed out on Future Business Leaders of America.

"I definitely missed out on graduation and everything that came with that but I would say the big, big disappointment  is that this was my first year being a part of the FBLA program," Fletcher said. "My business partner (Chandler Rice) and I moved to the state round of FBLA in the competition and that was supposed to be in Springfield, Missouri and it was supposed to be a three or four day trip with the FBLA chapter. That was canceled because of the virus. We just found out ... we placed first in the state of Missouri for our event which qualified us for nationals and that was supposed to be in Salt Lake City. ... All that is going online or has gone online and taken away from the experience." Although he's bummed about how coronavirus changed his final year of high school, Fletcher said it gave him an opportunity and extra time to try new things like riding a bike with his grandpa, an avid cyclist.