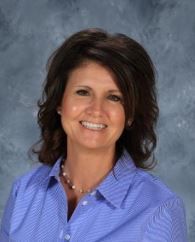 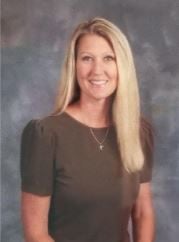 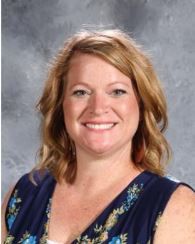 Slack was the assistant principal at Eagle Heights before accepting the role of principal there.

She has 25 years of experience as an educator, with nine of years spent as the principal at Osage Beach Elementary in the Camdenton R-III School District.

“I feel blessed to have been selected to serve in the lead principal role at Eagle Heights next year,” Slack said in a statement. “I am excited to continue working alongside staff to continue creating a culture that students can thrive in academically, socially and emotionally. Smithville has a history of excellence and I look forward to working with staff, students, parents and community members to uphold that standard. It is a great day to be a Smithville Warrior!”

Kristi Mellon has accepted the role of Principal for Horizon Elementary. Mellon is currently the principal at Knob Noster Elementary for the Knob Noster Public Schools. She has been in this role for the past five years.

Altogether, Mellon has 17 years of experience as an educator. Prior to her time at Knob Noster, she served as an elementary teacher and assistant principal in the Raymore Peculiar School District.

“I am extremely excited and blessed to have the opportunity to join the prestigious Smithville School District as principal of Horizon Elementary School,” Mellon stated. “I look forward to meeting the staff and students in the near future and beginning our collaborative work together to ensure excellence for all students. It is my honor to join the Horizon Elementary Team and I look to the future with optimism and high expectations.”

Mellon attended the University of Central Missouri where she earned a Bachelor of Science in Elementary Education. She holds a Masters in School Leadership from Baker University and earned her Educational Specialist degree from the University of Arkansas – Fayetteville.

Mellon will start her new role on July 1, 2020. She joins the Horizon family as current principal, Denise Harwood, transitions to her new role as the Director of Student Services.

Mellon resides in Roeland Park, Kansas, with her husband, Jon, their daughter Hannah and their Newfoundland, Kash. Together they enjoy traveling to the beach and trying new restaurants.

“My family and I have fallen in love with the people and community of Smithville. I am extremely excited to begin this new chapter at the high school and am honored to continue to serve the students and families of Smithville,” Marchetti stated.

Currently pursuing a Doctor of Education in Educational Leadership from William Woods University, Marchetti will start her new role on July 1, 2020. She joins the high school after Chris Heslinga announced his resignation after serving as the associate principal for 12 years. Heslinga will be serving as the superintendent in the Maysville R-I School District.

Marchetti resides in Smithville with her husband Tony and their daughters Mia and Mattie.