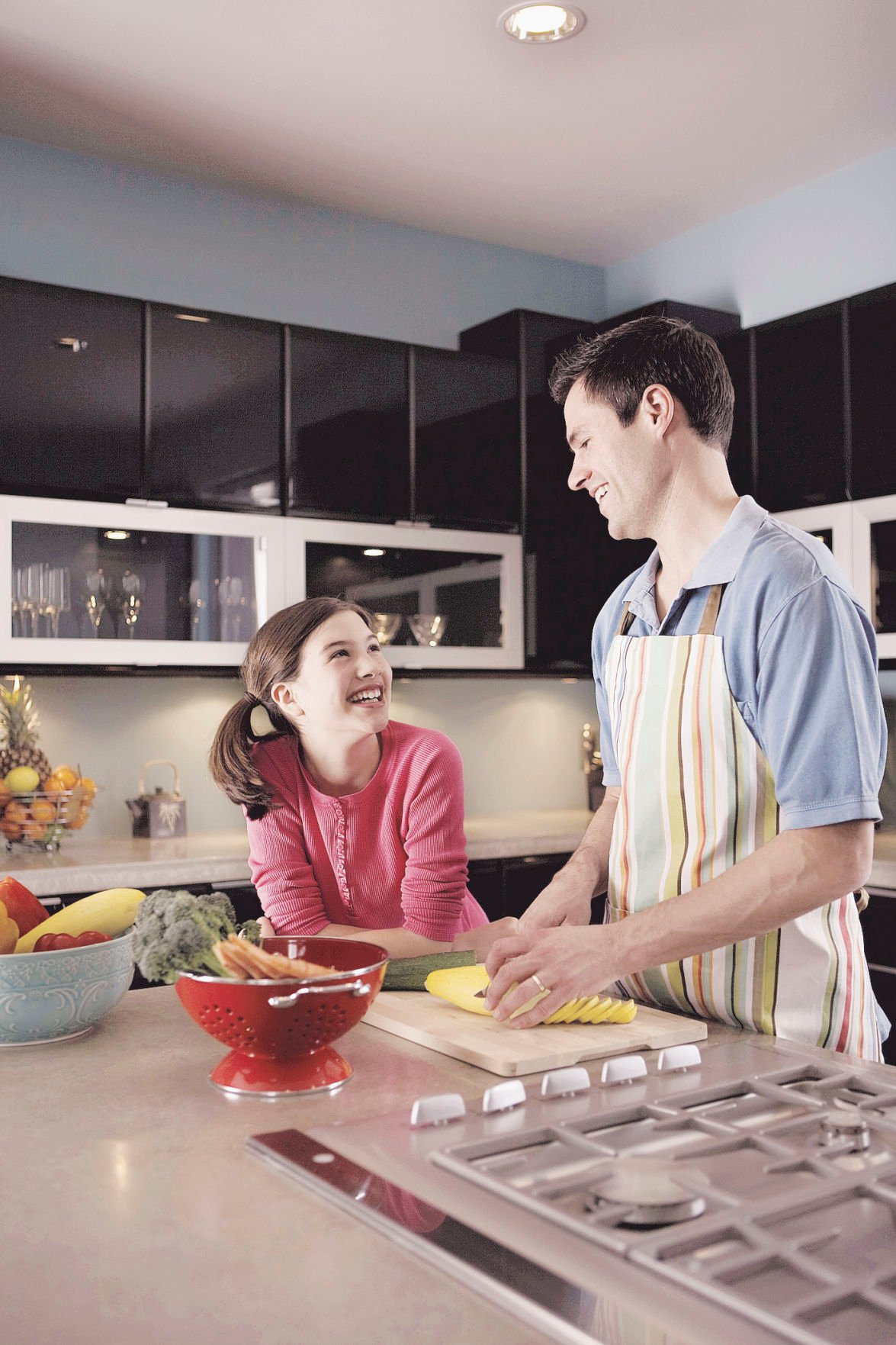 Dietitian Michelle Wadsworth suggests parents have kids pick out fruits and vegetables in stores and having them help in the kitchen as meals are prepared to get them to eat more of the healthy food items. 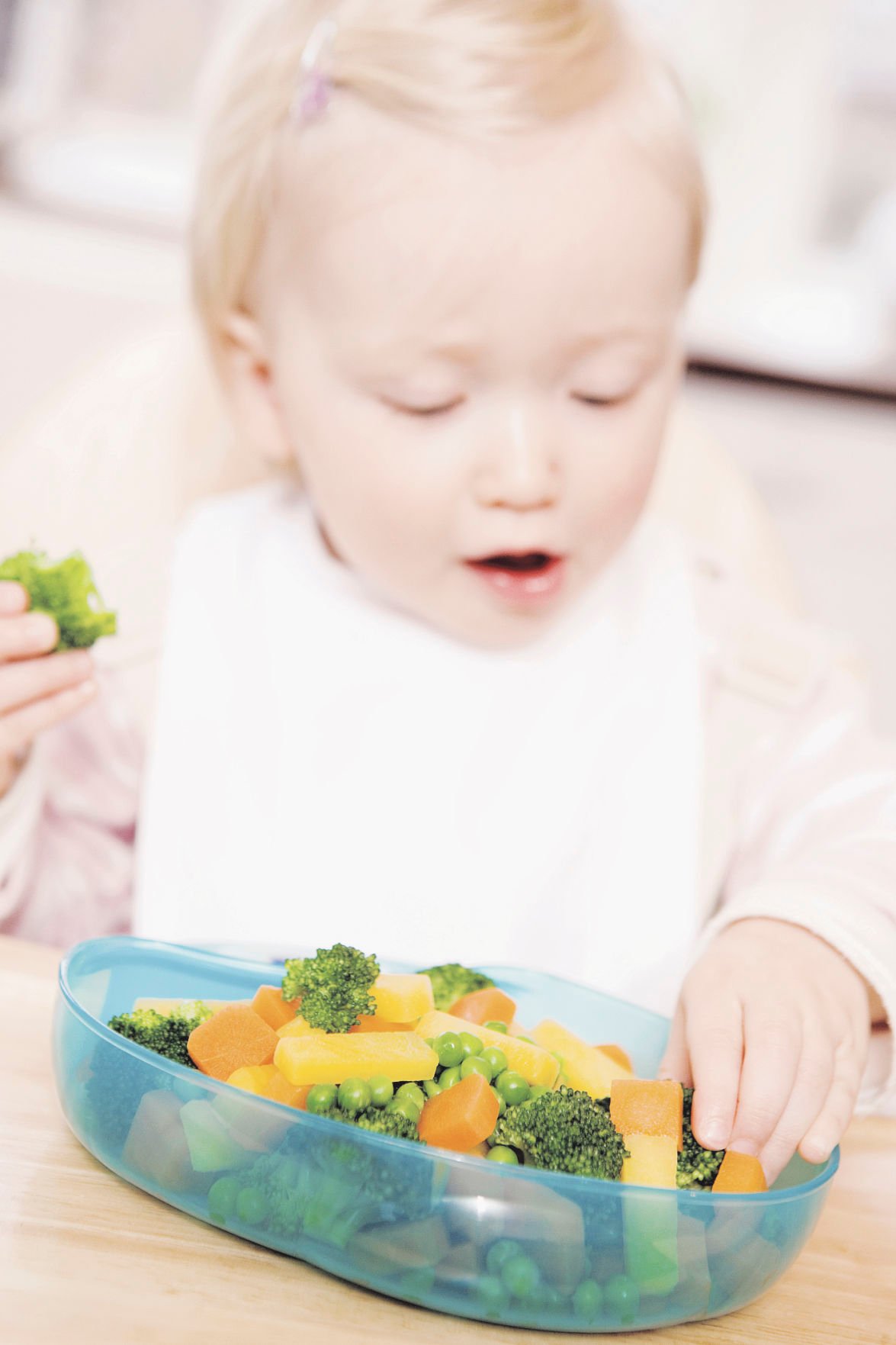 Getting children to eat vegetables can require some repetition and some clever seasoning. Dietitians suggest putting cheese on top as well to help.

Dietitian Michelle Wadsworth suggests parents have kids pick out fruits and vegetables in stores and having them help in the kitchen as meals are prepared to get them to eat more of the healthy food items.

Getting children to eat vegetables can require some repetition and some clever seasoning. Dietitians suggest putting cheese on top as well to help.

Getting kids to eat their vegetables and fruits can be a struggle. As the new year begins, some families may make resolutions to incorporate more edible greens into their menus at home.

Registered dietitian Michelle Wadsworth of Liberty Hospital, said her two sons and husband are among those who struggle to eat vegetables.

Getting children to eat fruits is often far easier to do than vegetables.Wadsworth suggests being sneaky with vegetables.

“If I made beef stew, I would have the meat and the potatoes simmering along, but then I would blend up a puree of spinach, carrots and green beans,” she said. “I would even add some turnips and that almost made a gravy. My kids didn’t realize they were getting extra vegetables.”

Another favorite in the Wadsworth household is chili. However, when her kids were younger, again she would puree beans and onions together because her sons didn’t care for beans.

“Beans are a great source of fiber and probiotics,” she said, “but my kids didn’t like beans. I added the puree to the chili. Over time, I started adding beans and onions. Even if they picked them out, they were still getting the benefits through the puree.”

Another traditional meal of hamburgers can be improved, too. Wadsworth said she blends some onions, mushrooms and avocado, which becomes a sort of whip, and incorporates the mixture into hamburgers.

“I make cheeseburgers, but adding this mixture, which is roughly the consistency of yogurt, the family is getting a bit more benefit nutritionally,” she said. “Even meatloaf can gain vegetables with carrots and sweet potatoes. It doesn’t change the color if you add these to the tomato sauce. The same vegetables can be added to spaghetti or pizza sauces. You already have the tomatoes. This brings in more.”

Wadsworth said adding similar colored vegetables to fruit smoothies can also work. This could be adding carrots to a berry smoothie as the color doesn’t change.

“Adding an avocado is great and it gives the smoothie an almost shake-like feel,” she said. “Vegetables such as beets, carrots and sweet potatoes go great in muffins, too.”

Getting children to eat more fruits and vegetables can also be aided by having children select produce from the store.

“I would let my kids pick their favorite fruits such as bananas and grapes,” she said. “Then we would pick one fruit that no one knew about and we would take it home to try.”

Another avenue that might help is to get children to cook.

“My kids always cooked with me and I would give them five items similar to Food Network’s ‘Chopped’ and have a little competition,” she said. “I would be the judge of an appetizer, entrée and a dessert round.”

Kids need to understand knife safety and should never be left alone in a kitchen, the dietician added.Other key points to remember, Wadsworth said, include remembering children have issues with different textures. It can take 12 to 15 times of trying a new food before a behavior change occurs, she said.

“Instead of asking the child to ditch that favorite cereal, mix the cereal with a cereal that has fiber and eventually you can weed out the high-sugar cereal,” she said. “I’ve also been known to take that favorite romaine and iceberg lettuce and mix in some spinach. You eat with your eyes; it becomes mind over matter.”

Wadsworth’s last piece of advice: Be a role model. Adults, she said, should eat more fruits and vegetables in front of children.