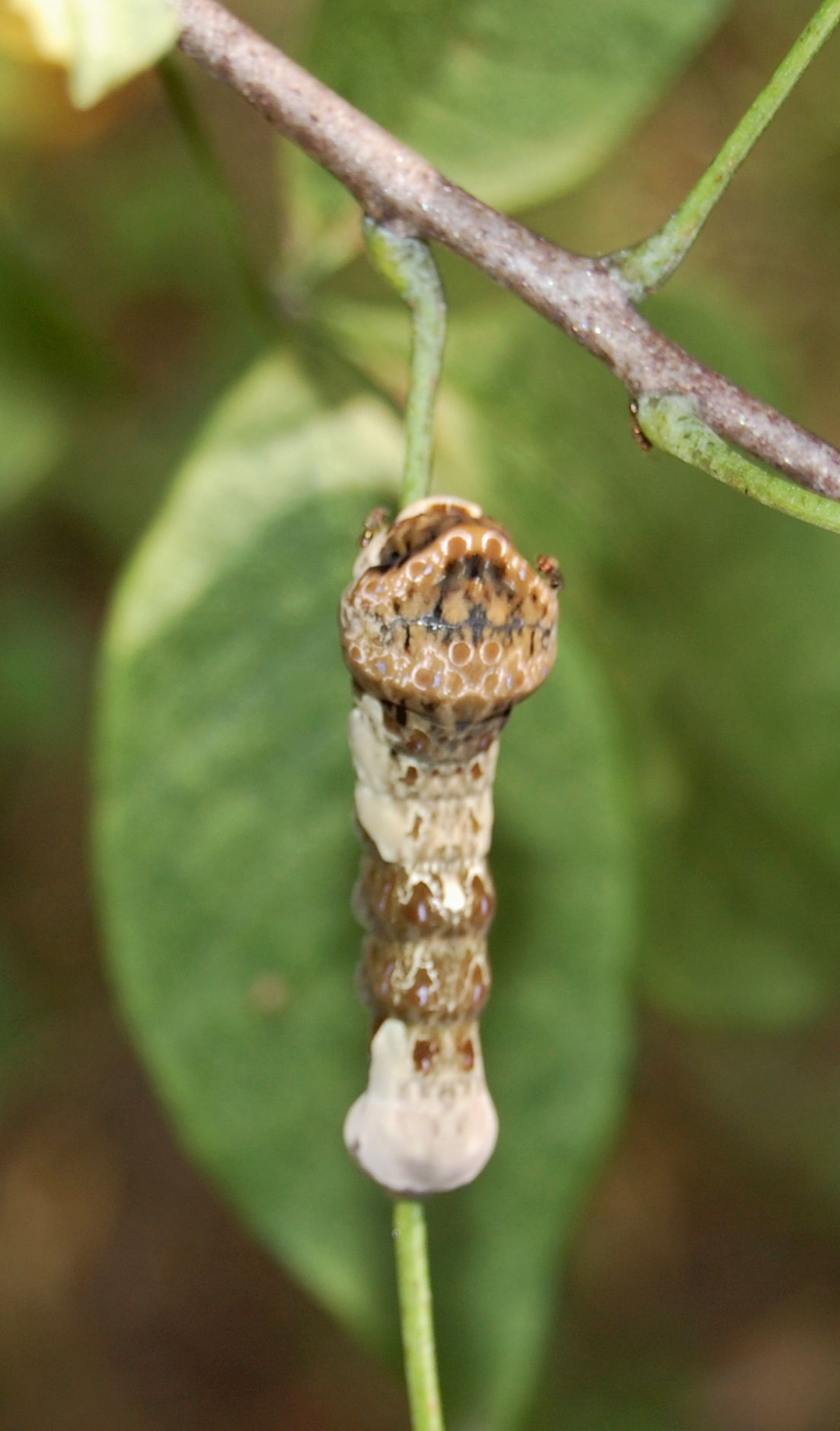 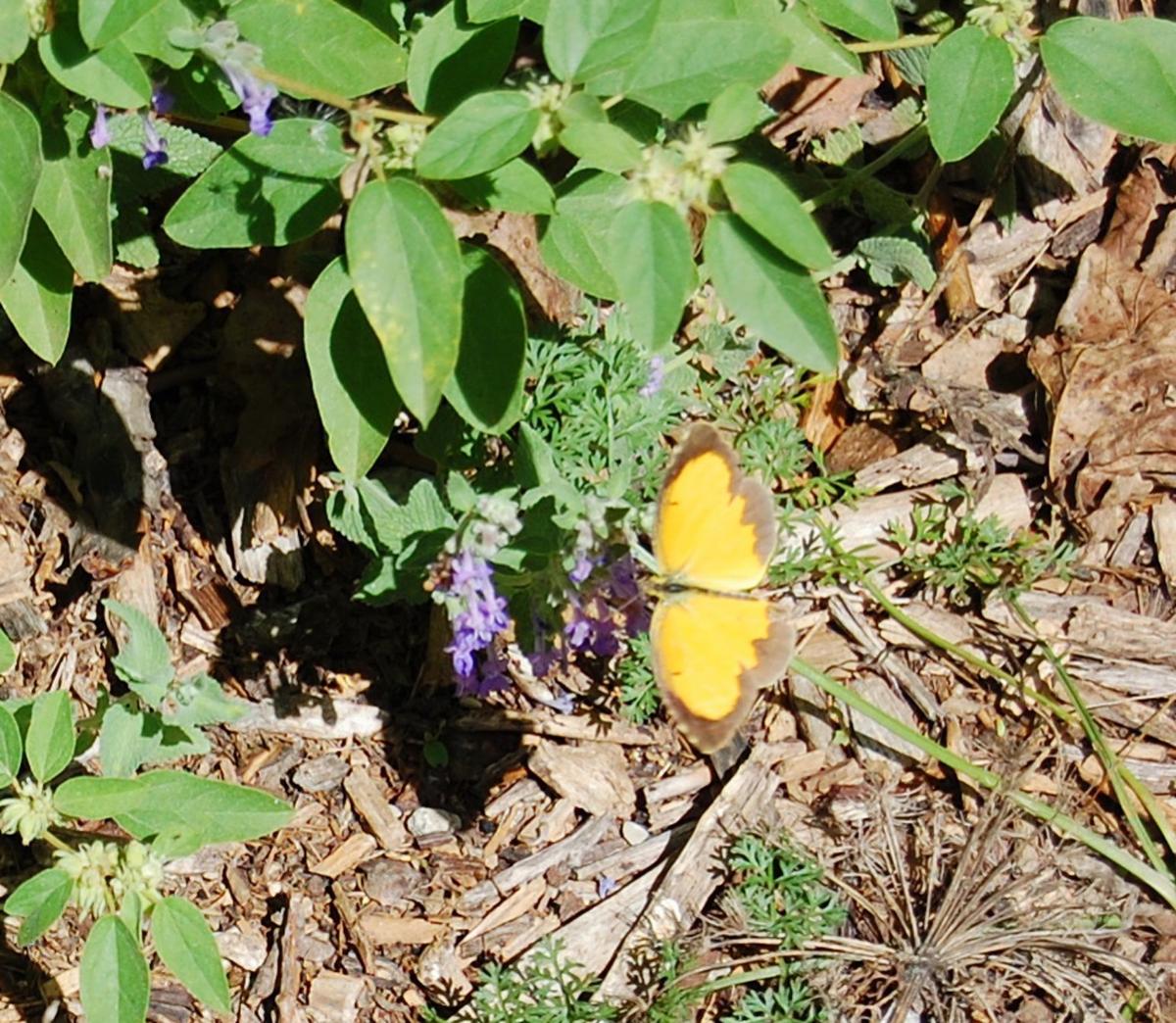 Evie Nash, 4, helps water flowers near one of the church signs during a Serve Sunday event at Second Baptist Church which coincided with the larger city effort called Liberty in Bloom last year.

Evie Nash, 4, helps water flowers near one of the church signs during a Serve Sunday event at Second Baptist Church which coincided with the larger city effort called Liberty in Bloom last year.

A 1993 study from Cornell University states the fewer pesticides that are unnecessarily released, the safer the environment will be.

As society moves toward less pesticides and the coming 50th celebration of Earth Day 2020, focusing on climate action, one action that people can take now is gardening with fewer chemicals.

Martha Lafite Thompson Nature Sanctuary Director Michael Sandy, a naturalist by profession, said there are bugs and pests that fall into the categories of wanted and unwanted.

Sandy began with nematodes. They are multicellular insects with smooth, unsegmented bodies. Nematodes that feed on plants are so tiny a microscope is needed to see them. Adults often look long and slender, although some species appear pear-shaped. These plant parasites are not the same roundworms that infect the human body, spread diseases and wreak havoc on the immune system.

Some nematodes feed on the outer surfaces of a plant while others burrow into the tissue. Soil-dwelling nematodes are the most common culprits, but some species can damage plant roots, stems, foliage and flowers.

However, there are beneficial nematodes enriching the soil by feeding on decaying material, insects, or other nematodes.

Depending on the stage of different insects, bugs can be wanted or unwanted. While caterpillars may eventually become butterflies, they can eat flowers and other new plants, Sandy said.

“Often we don’t realize that the worms, these larval worms, are baby insects that will mature to beetles, butterflies and moths,” he said. “Those brown beetles that are on screens in the summer eat the roots up to the stalk as a larval worm.”

Moth and butterfly caterpillars, such as a cabbage moth, go right for their namesake, Sandy said.

“They will eat until they can’t,” he added. “I don’t like to use chemicals. My suggestion is to take the sprayer head on the hose and wash them off. You can add a tiny drop of dish soap and that can help as well. It is best to do this early in the morning. You can also wash some of the eggs away.”

Conversely, with some of the larger caterpillars, a spray of water is not going to work. Sandy suggests putting on a pair of gardening gloves, getting an inexpensive UV light and at dusk or during very low light, shine UV light on a plant and pull those worms off.

“As an example, tomato horn worms are large enough to grab and then feed them to the birds in the morning,” he said.

While praying mantises are sometimes scary looking, Sandy said they are efficient helpers in the garden. They eat flies, crickets, moths, caterpillars, locusts and some other insects.

“Most of the large mantises we see are Chinese mantises and the smaller are Carolina mantises,” he explained.

While combating some of the caterpillars is necessary for vegetables to grow in a garden, Sandy suggested adding some flowering plants that will attract butterflies.

“You can even set aside a patch of land and create a butterfly garden,” he said. “It’s a tough balance because we do need to attract butterflies, bees and birds as they are pollinators. Flowering plants will attract all three.”

For butterflies, it’s a place that has some sunny open spaces, shelter from the wind and fresh water. The plants they like are asters, milkweed, violets, zinnia and black-eyed Susans.

“Ants are also a huge pollinator,” Sandy said. “We also like earthworms in our gardens. They are decomposers.”

“Bluebirds eat bugs and love caterpillars,” he said. “Another bird to attract is a Phoebe bird. They are great singers and love to eat the bugs that are turned up when you mow a yard.”

“Don’t leave out pet food,” he said. “That attracts animals to your home such as raccoons and possums. They will eat new plant growth too. However, if you do end up with a skunk, don’t get close, but they will eat yellow jackets and grub worms.”

Sandy said the best thing novice gardeners can do is to have a soil and water test to determine the composition of the soil.

“That will help determine flowers, gardening plants and trees that will work best in your yard,” he said. “You want to have healthy soil. Sometimes that healthy soil can help a plant recover from a nibble by pest. Proper moisture and some minimal corrective measures and you can have a stellar garden.”

Finally, Sandy said remember to water the base of plants. Weeds are drought-tolerant plants and a minimal amount of water can produce them.

“You can help with water conservation too,” Sandy said. “While sprinklers are great for the lawn, not so much for that garden.”