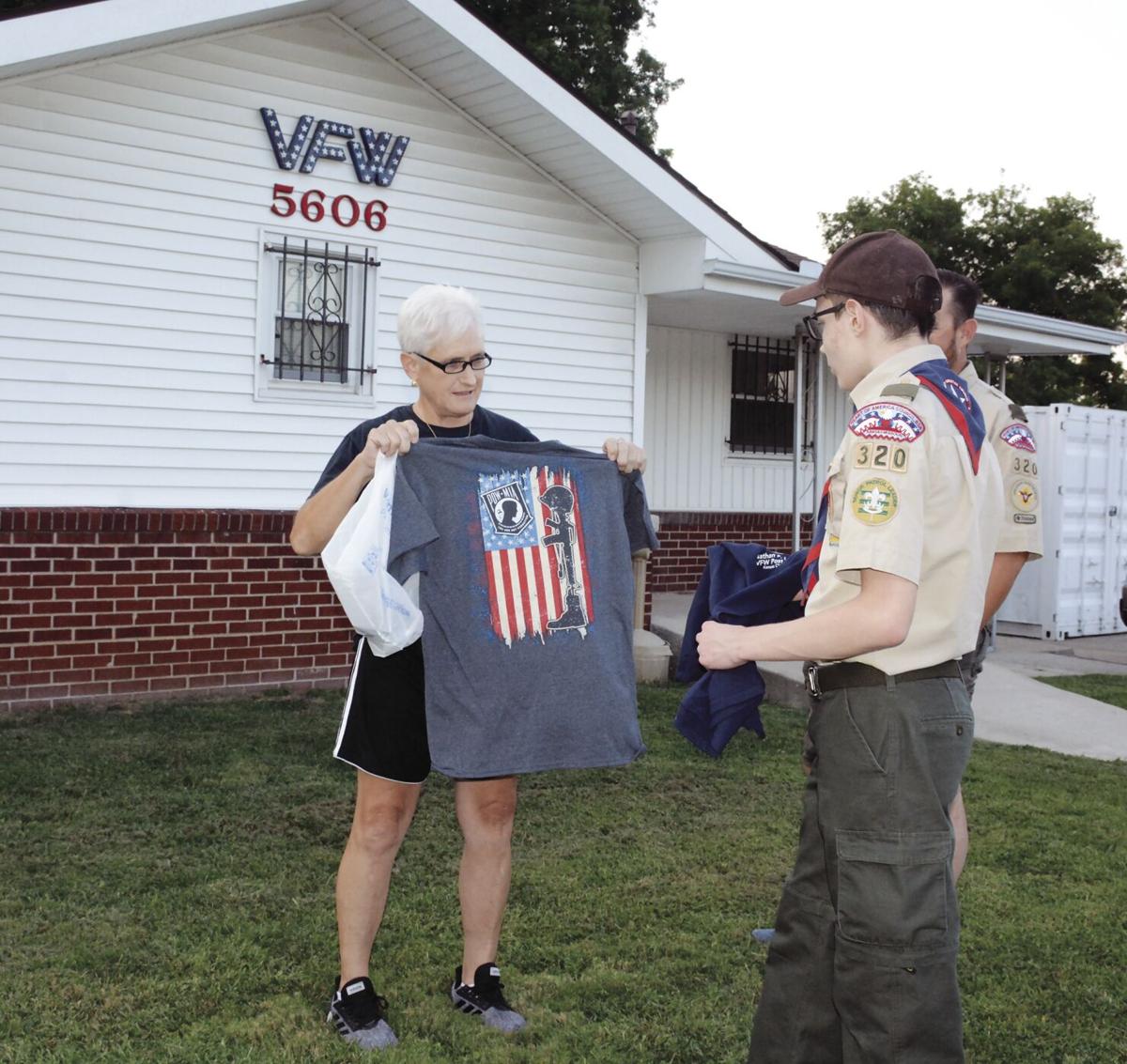 KANSAS CITY NORTH — At VFW Post No. 5606 at 5406 NE Oak Ridge Road, American flags are often left on benches outside the door or dropped on the front porch, hoping veterans might be able to dispose of the worn flags.

Hunter said he found the connection with the post near Stroud’s was meant to be when he called to discuss whether the post would like a proper flag disposal repository.

“They were the first I called,” he said. “I was looking at American Legions and VFW locations. I got an immediate response and knew it was right.”

Hunter knows the proper disposal technique to retire the American flag and knows at the VFW do as well.

“When he came up with the idea, I knew we had the right scout project,” Butterworth said.

At the official unveiling late last month, Butterworth wanted to be surprised by Hunter’s project.

“He would give me updates, but I knew I would be impressed,” she said.

“I’m glad that my project will find a purpose and a home,” he said.