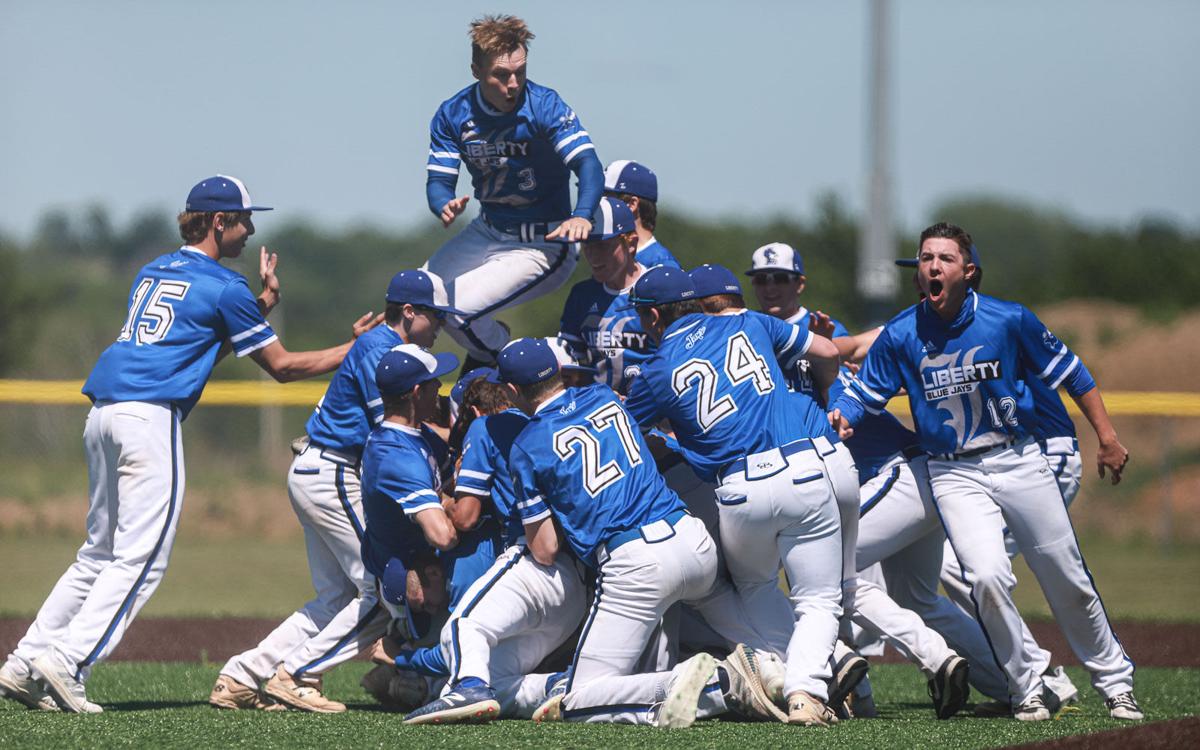 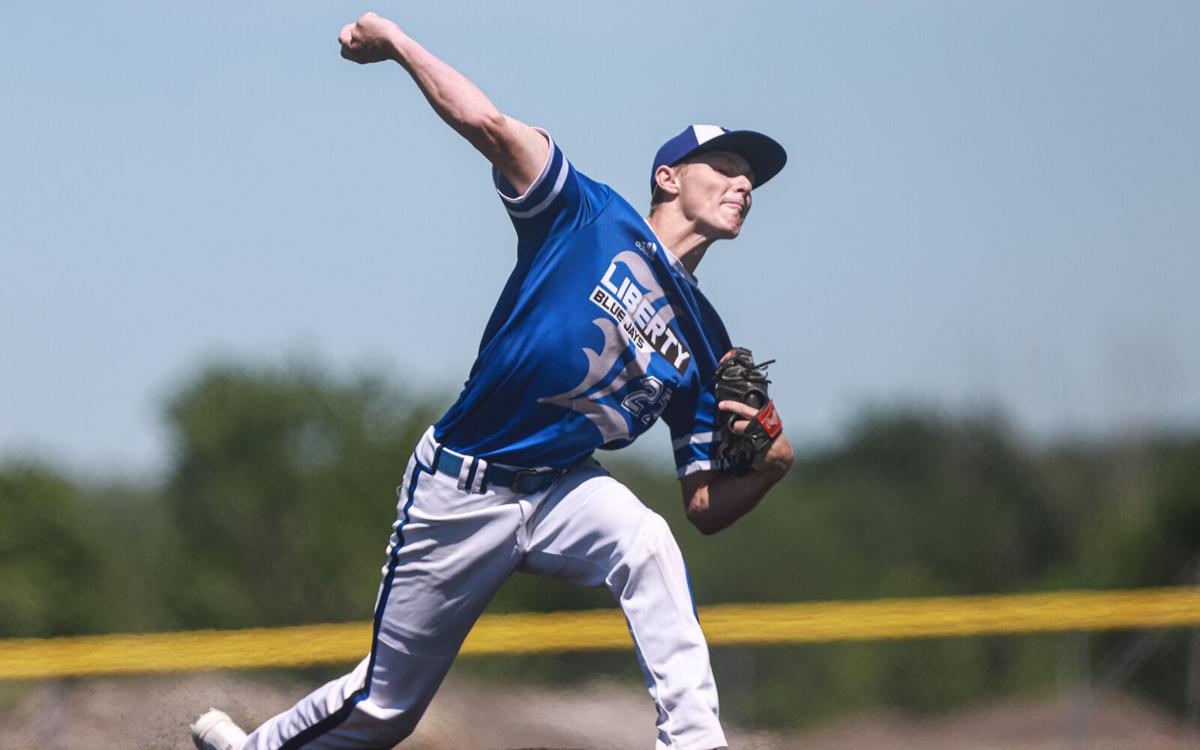 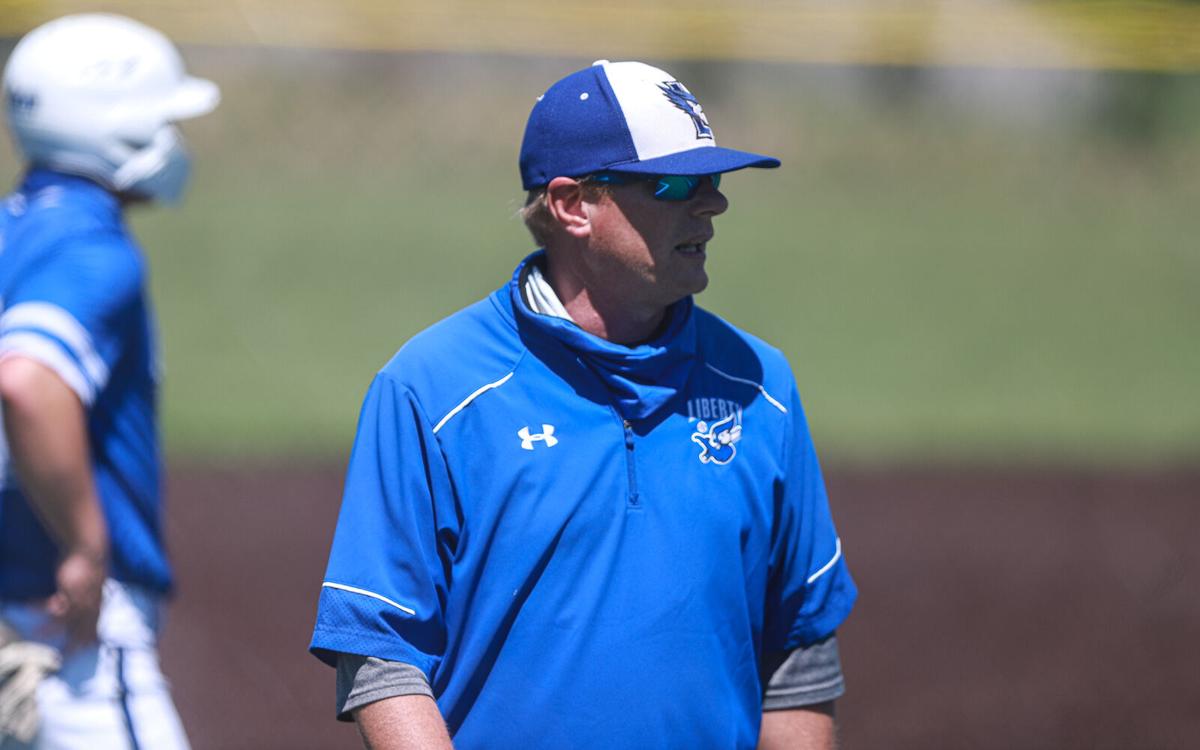 LIBERTY — Liberty baseball took advantage of a fourth-inning scoring surge to power past Raymore-Peculiar and advance to the Missouri Class 6 baseball final four.

Liberty racked up four runs in the fourth inning to break through an elite pitching duel between Jays junior Karson Milbrandt and Raymore-Peculiar senior Riley Hunsaker.

The Panthers took an early lead with a two-run second inning. The Jays got runners in scoring position throughout the game, ultimately leaving 11 runners on base, but were unable to get runners across until Hunsaker put himself in a pinch.

Hunsaker walked two batters and hit another to load the bases for Liberty. He hit the next batter as well, sending senior Keaton O’Connor in for the score. Senior Dawson Goe evened up the score with a line-drive single to center field, driving in a run for senior Grant Littrell.

Bragg said that the team came in with a specific plan for Hunsaker and they had to trust that by the end of seven innings, they’d convert on enough opportunities to get the win.

“We just needed one inning to do that,” Bragg said. “We were fortunate to get a couple of walks, then we got the hits.”

Watson said the team’s confidence level never wavered and the Jays took control with that inning.

“It just felt great because after that, we didn’t look back,” Watson said.

Liberty scored another run when junior Palmer Holst hit a ground-ball single that drove in his brother, sophomore Aden Holst.

Milbrandt gave similar answers as Bragg’s offensive plan for own keys for pitching: stay the course.

“You just have to stay calm, believe in yourself and fill up the zone,” Milbrandt said. “If you do that, you’ll win the game.”

Milbrandt helped prove that philosophy by shutting down the Panthers for three innings after the Jays surrendered two runs in the early going.

The Panthers had one more shot in the top of the final frame despite starting their at-bats with two ground outs. Raymore-Peculiar senior Philip Fager hit a single after an error and a walk to load the bases. Bennett worked his way to a 1-2 count against Panthers senior Gunnar Griffin, who hit a pop fly to O’Connor in left field.

O’Connor pulled in the ball to light the fuse for Liberty’s postgame celebration. Liberty players rushed the mound to create a dogpile on Bennett. A few players seemed to get out from under the pile only to jump right back into it. The younger Littrell had one of the lenses for his sunglasses pop out, but the Jays left that joyous mosh pit no worse for wear.

Watson said that the competition in the final four is strong, but the Jays know they are just as good.

“We’re there for a reason … and we’re coming,” Watson said.

Mildbrandt echoed his teammates’ sentiments: “We are obviously pretty hot right now. If we keep swinging the bats and keep throwing strikes (as the team has done recently), we’ll get the state title.”

The Jays repeated history with their win over Raymore-Peculiar. Liberty also beat the Panthers to advance to the final four in 2011. The Jays finished as the state runner-up that season.

Finals are the next day.

The finals are scheduled for the next day at 6:30 p.m., with the third-place game played at 4 p.m.