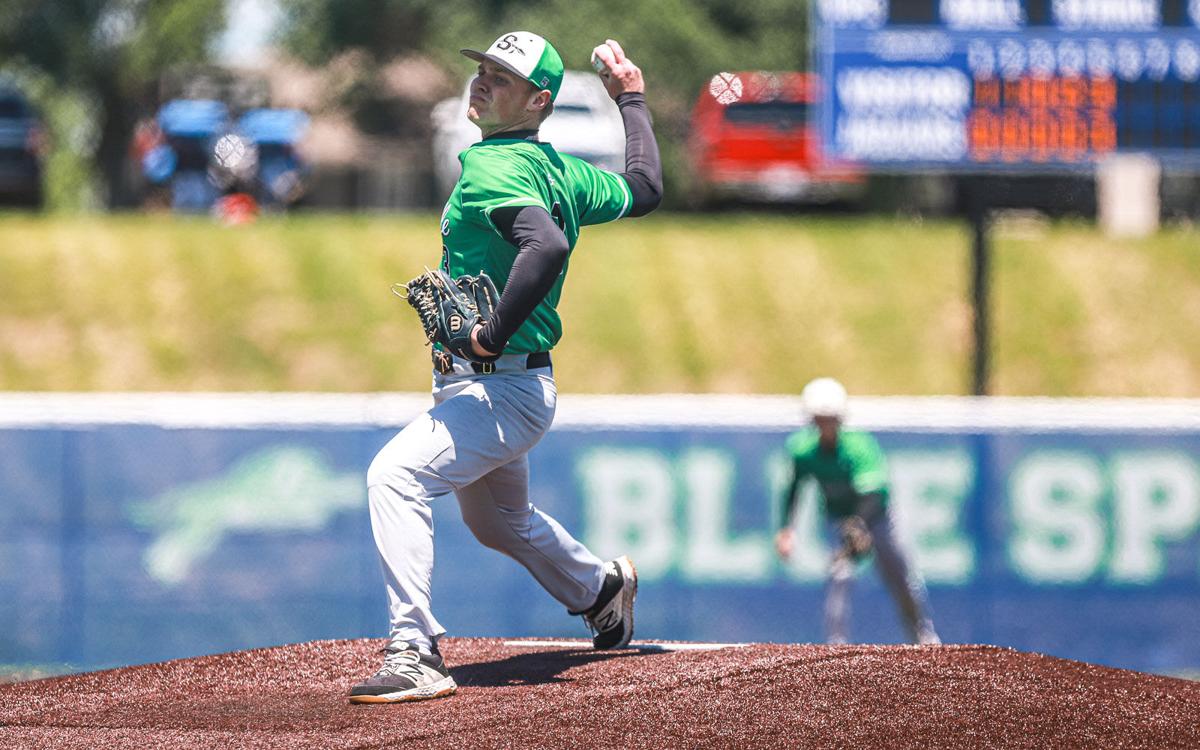 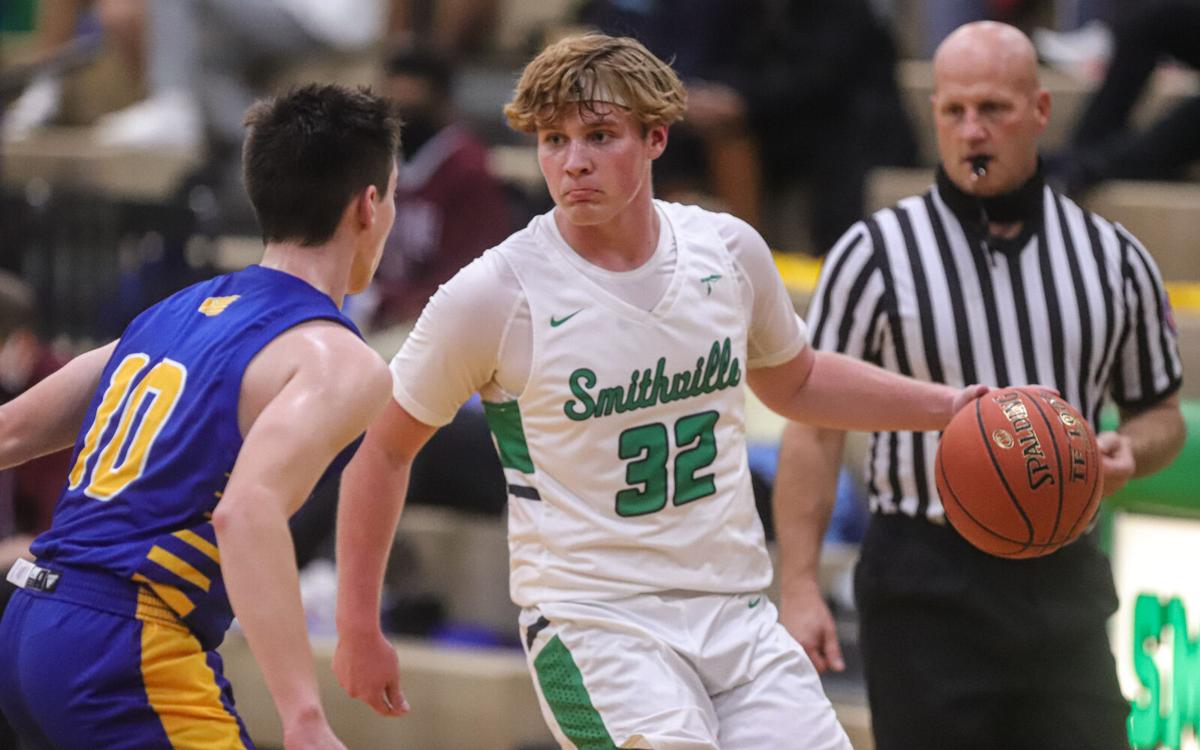 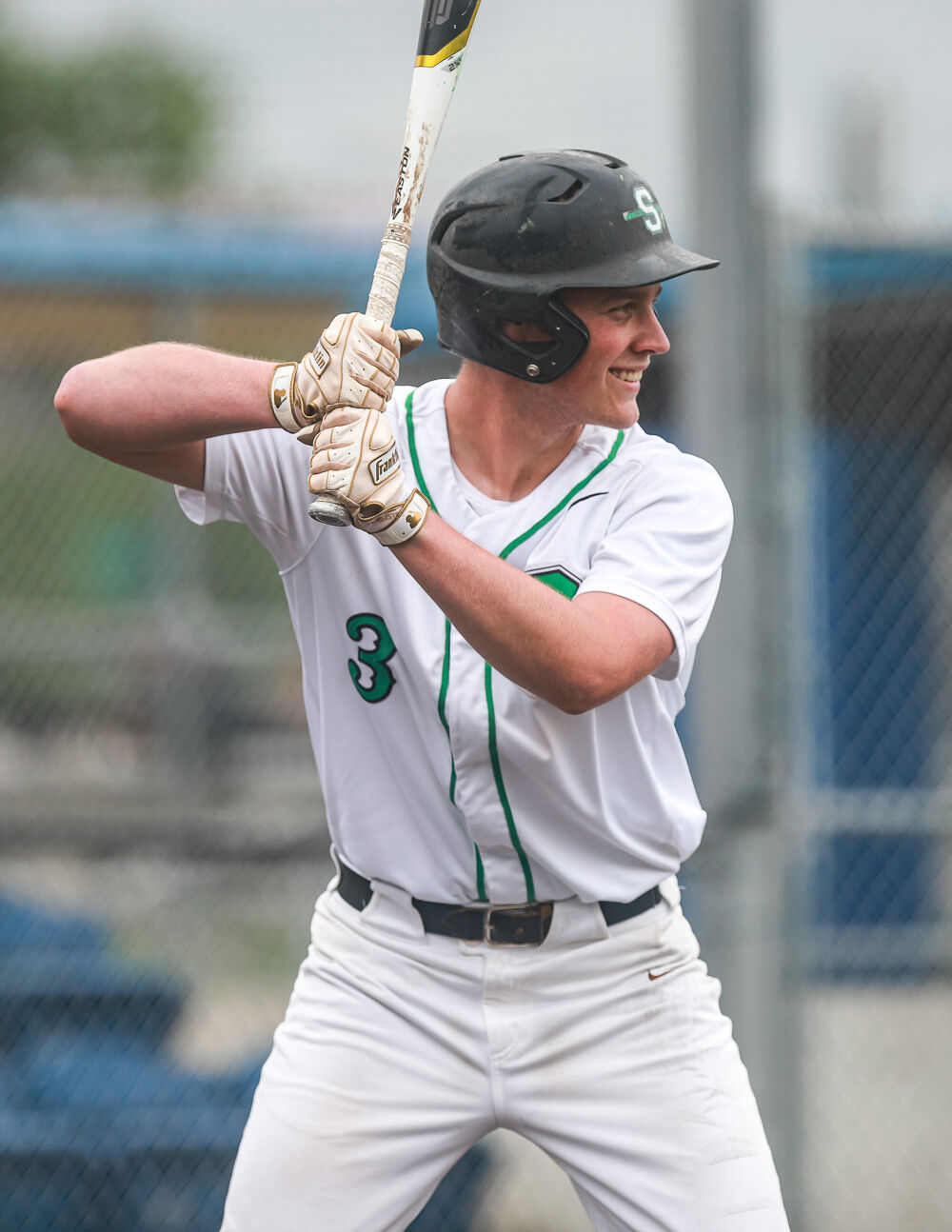 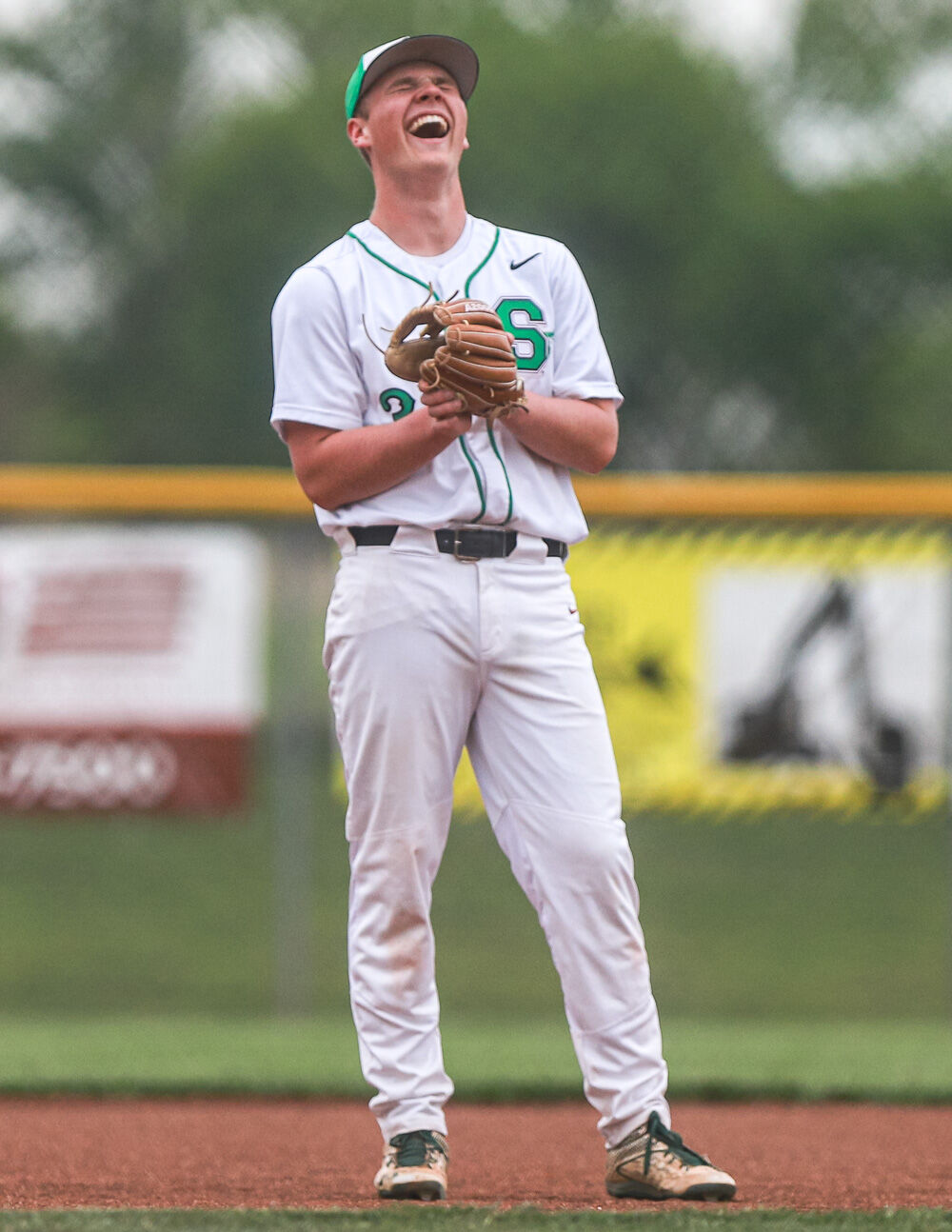 Smithville senior Brad Schram during a baseball game against Grandview May 7 at Smithville High School. 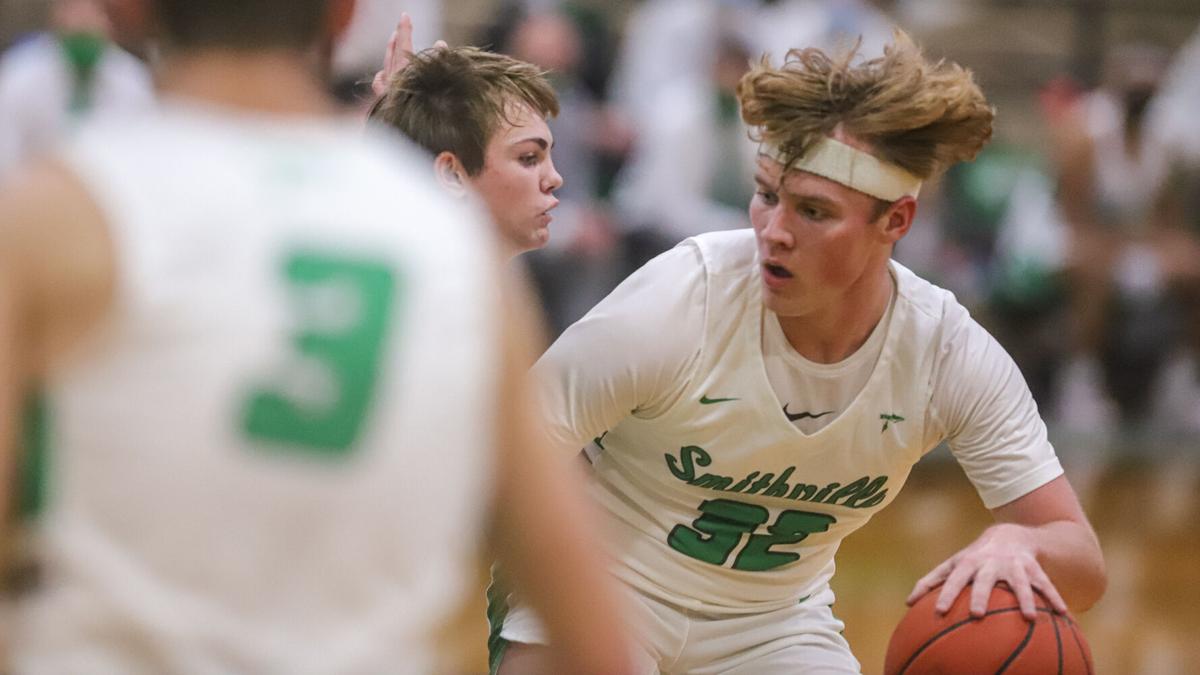 Smithville senior Brad Schram during a baseball game against Grandview May 7 at Smithville High School.

Schram spent his senior year breaking records in multiple sports for the Warriors. Schram has been a known commodity in baseball, where he’s shown elite play as a pitcher, third baseman and from the plate to earn first-team all-conference honors as sophomore.

Where he may have surprised a few people was his strong play on the basketball court.

Public address announcers probably left a few crowds taken aback whenever they introduced Smithville’s center at the height of six-foot-nothing. Schram’s measurements seem undersized, even in high school hoops, but he actually is a perfect match for the style of play espoused by Warriors head coach Eric Bennaka.

Schram gave his team a stretch “big” that allowed more 3-point shooting, less mid-range shots and ample room for star sophomore Ryker Edwards to attack the basket at will. Whenever Edwards ran into a packed paint, he would find shooters like Schram behind the arc.

Schram delivered from deep, setting the record for 3-pointers scored in a game with seven, a mark he reached twice during his senior season. He scored at least four 3-pointers in five games. His 3-point shooting percentage slipped to 32% from his 34% mark as a junior, but Schram increased his made triples from 33 to 59.

Edwards was the team’s clear No. 1 option, but Schram played a huge role in making sure it was not a one-man show. The duo led the Warriors squad to a bunch of program benchmarks that had not been accomplished since the 2015-2016 season, including the first postseason win and first three-game win streak, which the team accomplished three different times.

Smithville set seven different school records, including Schram’s 3-pointers in a game mark. The Warriors also set the mark for lowest defensive field goal percentage at 40.7% from the best mark of 43.5% in 2015-16, as well averaging 34.5 rebounds per game to beat the previous best of 33.6 in 1996-97.

A team with a player Schram’s size in the 5-spot would not normally be expecting to improve their defensive field goal percentage, let alone their rebounding average, but the Warriors senior gave the team relentless effort on both ends of the floor.

Schram helped make up for the team’s lack of height in the post by being fearless, yet smart, near the basket. He set the career mark for charges taken with 33.

His outstanding play in basketball was just a warm-up for the sport he will play at the college level next season.

Schram spearheaded a record-breaking Smithville season where the team went 26-7. He set program records for single season hits at 49, RBI at 53, batting average at .490 and doubles at 17.

Schram finished his high school career with a program record for doubles and RBI while landing in the top three for hits despite missing his junior campaign. He also broke his own record for home runs by hitting five after hitting four in 2019.

He performed on the mound as well, picking up four saves with a 1.21 ERA over 17 innings in his role as the closer for the Warriors.

His play helped lead the Warriors to conference and district titles. The team left many jaws ajar when they spent most of the regular season on a win streak that seemed like it might never end. Smithville racked up 19 straight wins after starting the season 2-4.

Schram’s performance earned him Missouri Class 5 all-state first team honors as an infielder. The other half of his dynamic duo, Edwards, earned all-state honorable mention while landing in the top three marks in program history for single-season hits, RBI and home runs while setting the program record for most pitching wins at seven.

The junior-to-be will head into the 2021-22 school year chasing many of the marks set by Schram and looking to build on the legacy his teammate will leave behind. Schram will leave the program with the third most hits at 77 — trailing only 2018 grad Karsen Reid at 88 and 2019 grad Jarin Nitsche at 77 — despite missing out on his entire junior campaign. He also has the sixth best batting average at .395 and seventh most home runs at 9.

Schram will look to continue where he left off with his first season playing for Metropolitan Community College Maple Woods.